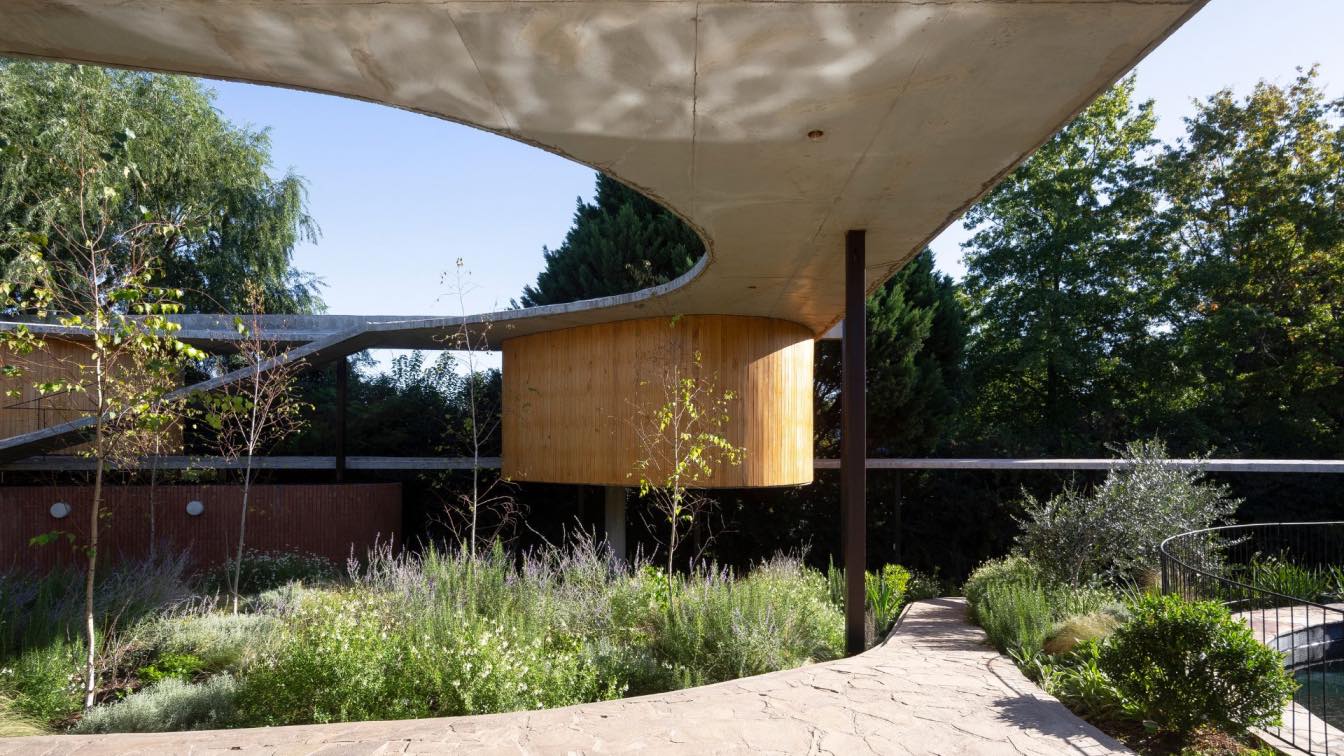 Estudio Fernandez Renati: Rita is No. 2 in a series of organic houses, such as Chloé, Borja and Filippa. All with the same objective, to develop an exercise that lies in materializing and repeating a set of project operations that in the studio we call "Housing Manifesto".

The land has 2,500 m and is located in country club on the outskirt of Buenos Aires. Site where aged trees predominate, which was respected in its entirety for the location of the house.

The axis of the work is an internal patio surrounded by ramps that connect covered spaces with other semi-covered ones, generating a fluid transition route between the spaces that are inhabited.

The house was implanted at the bottom of the land, to receive sun throughout the day. We decided to invert the traditional decision-making by locating the private program on the ground floor and the social program on the upper floor. We characterize the rooms with a private, calm and sealed space, which gives the sensation of being inserted in a forest. While the living room is raised to be at the height of the treetops and generate cross ventilation and lighting throughout the day, allowing access from this space to the entire house.

On the second level there is a study with independent access and a room for guests, culminating the tour.

The construction is stripped and lacks pretentious materials, all the luxury is given by the nature that surrounds it. Predominate among the materials used: concrete, brick and wood. 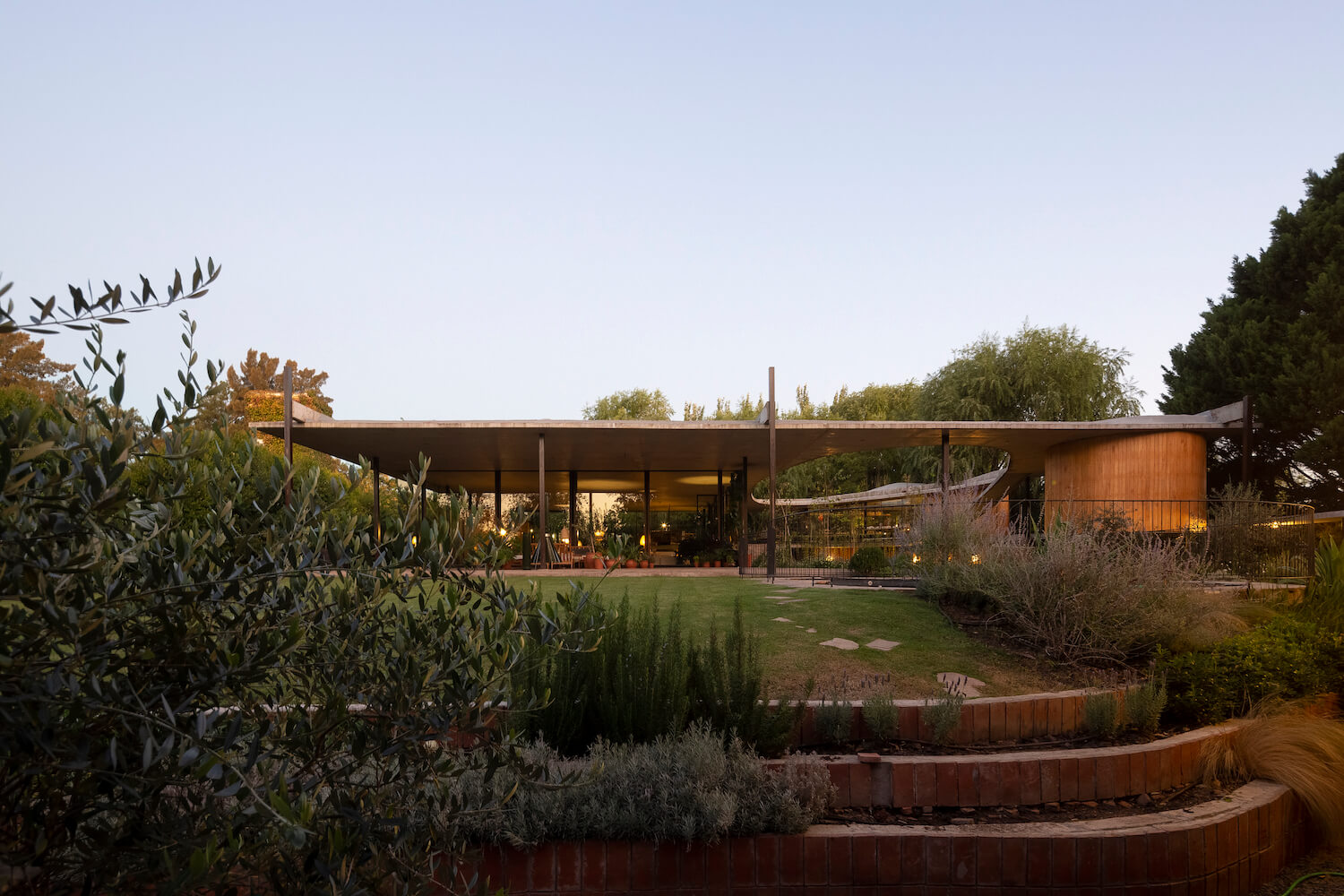 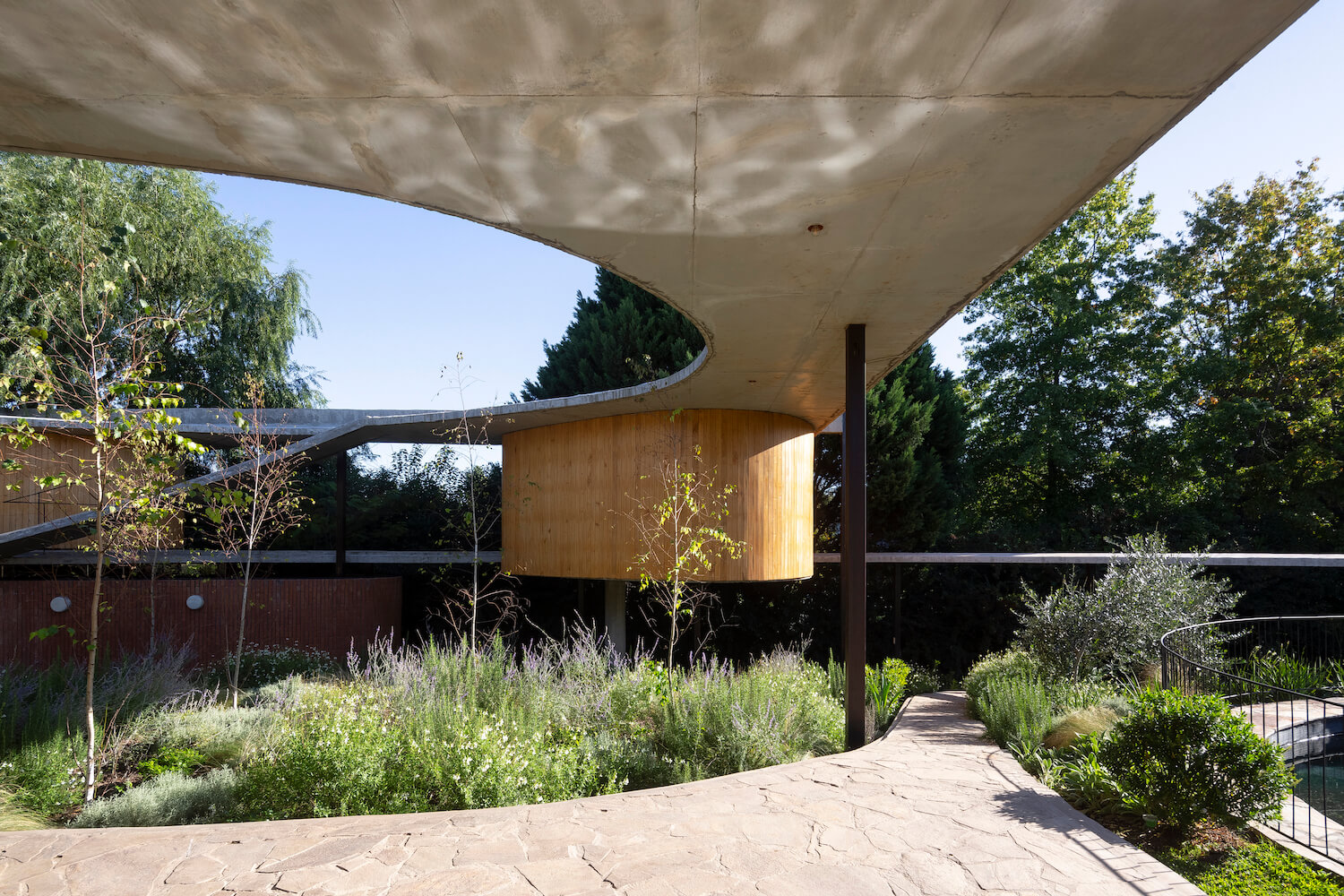 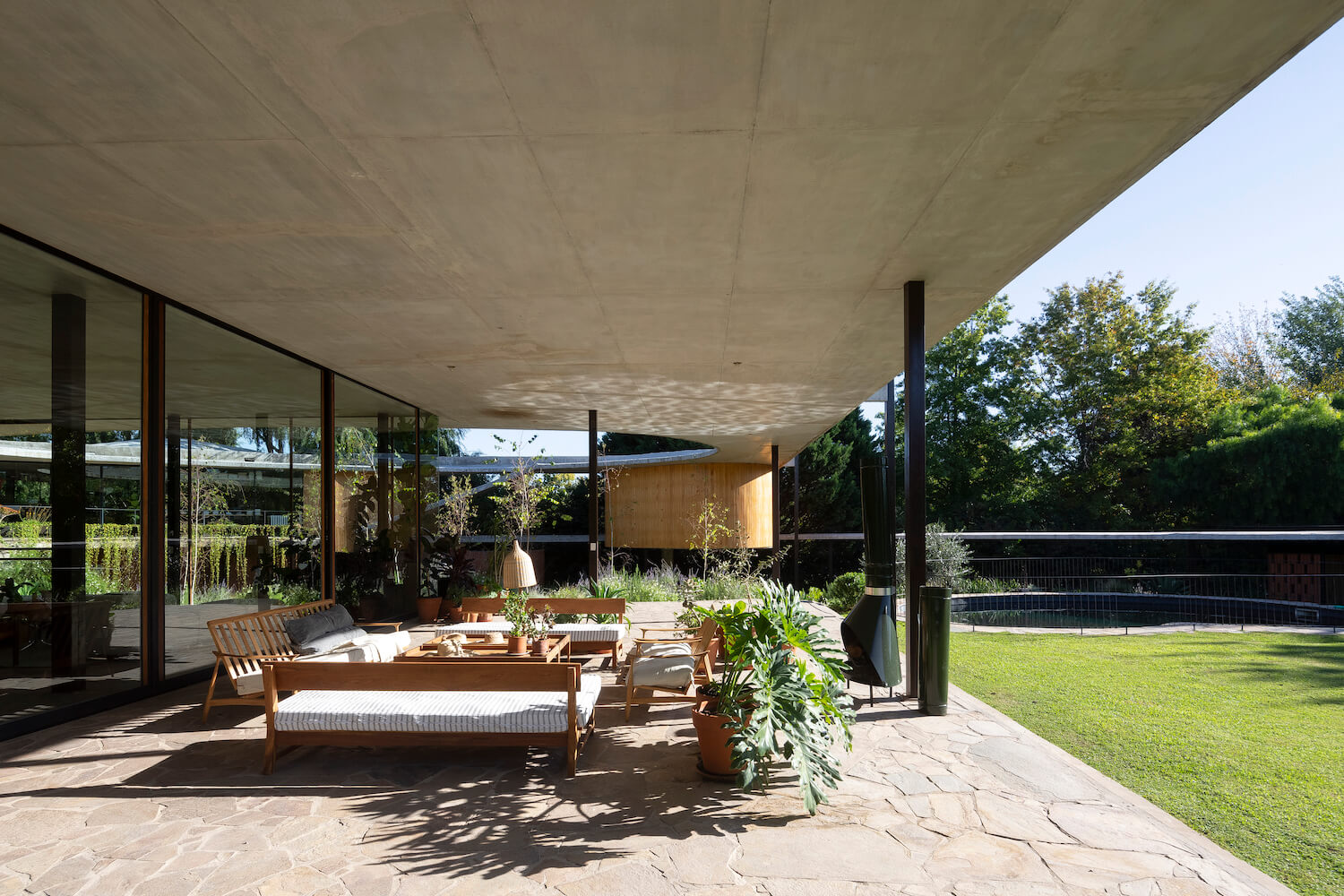 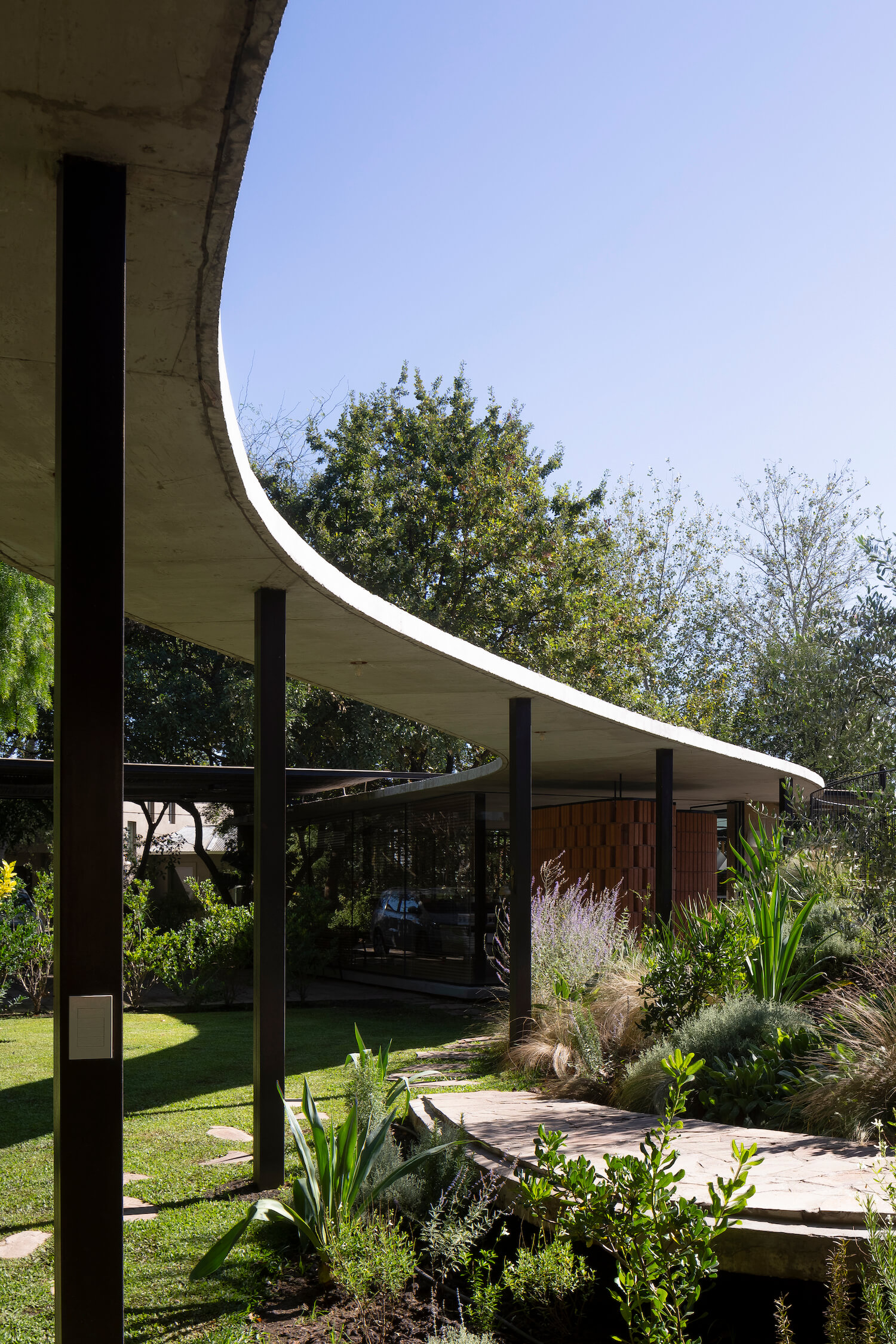 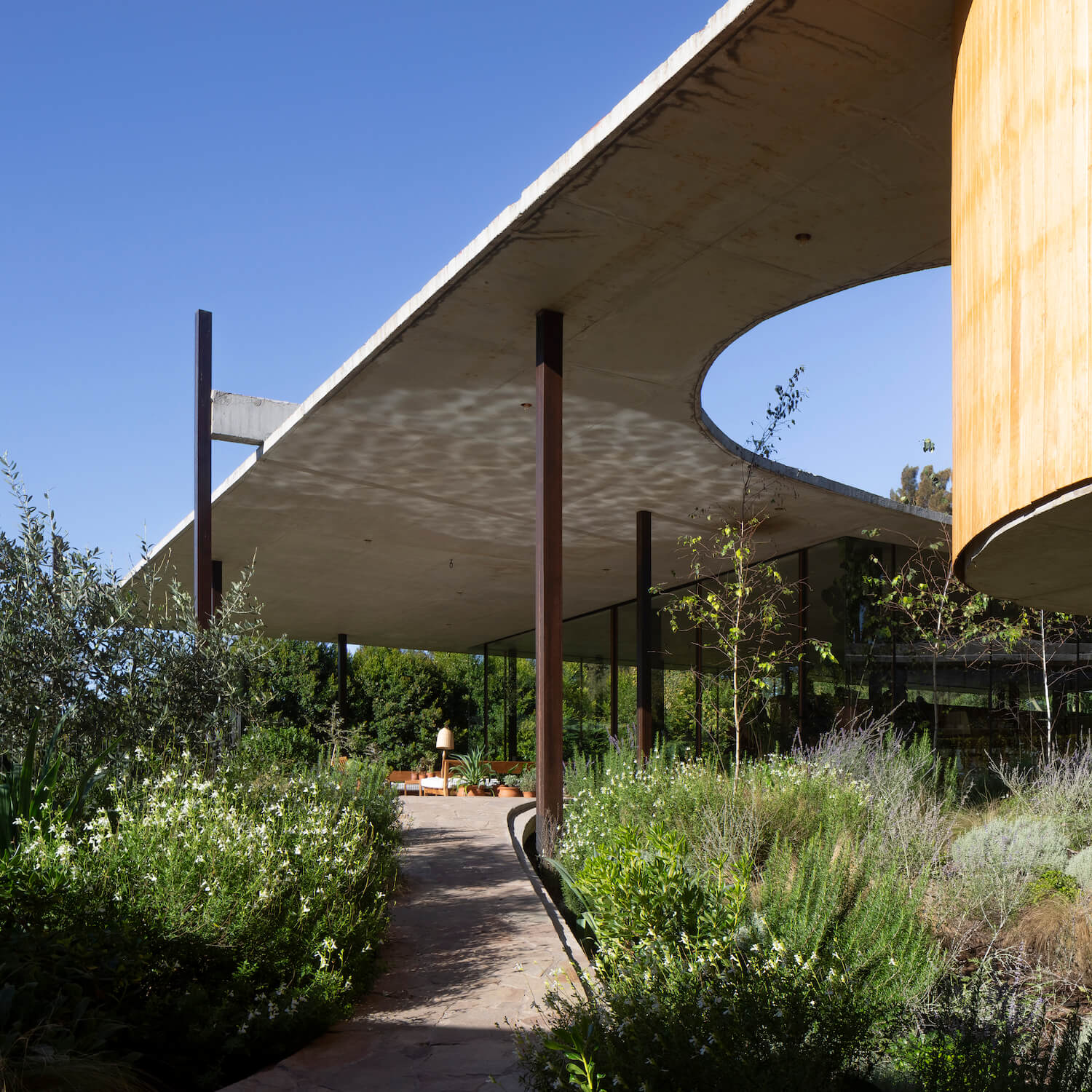 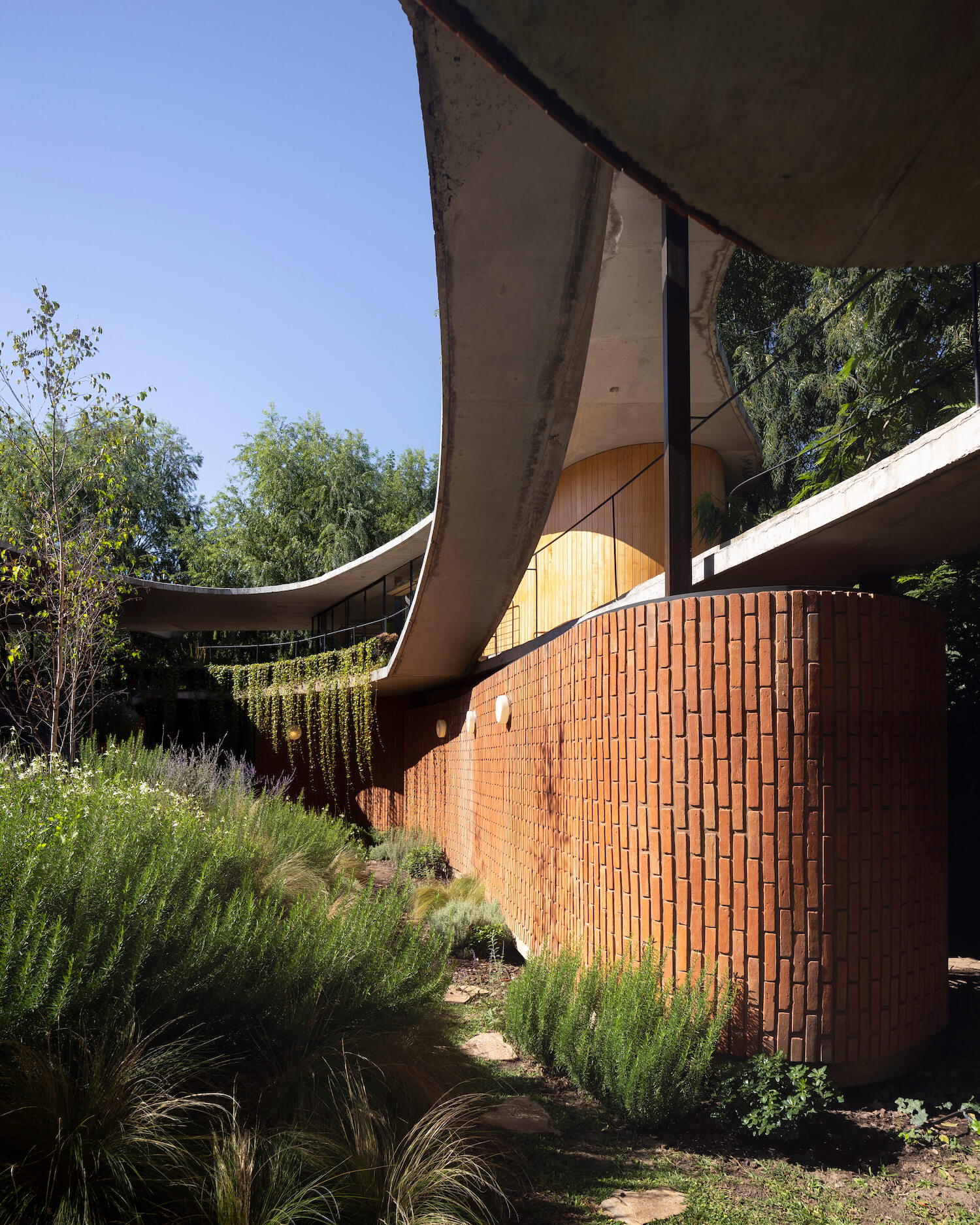 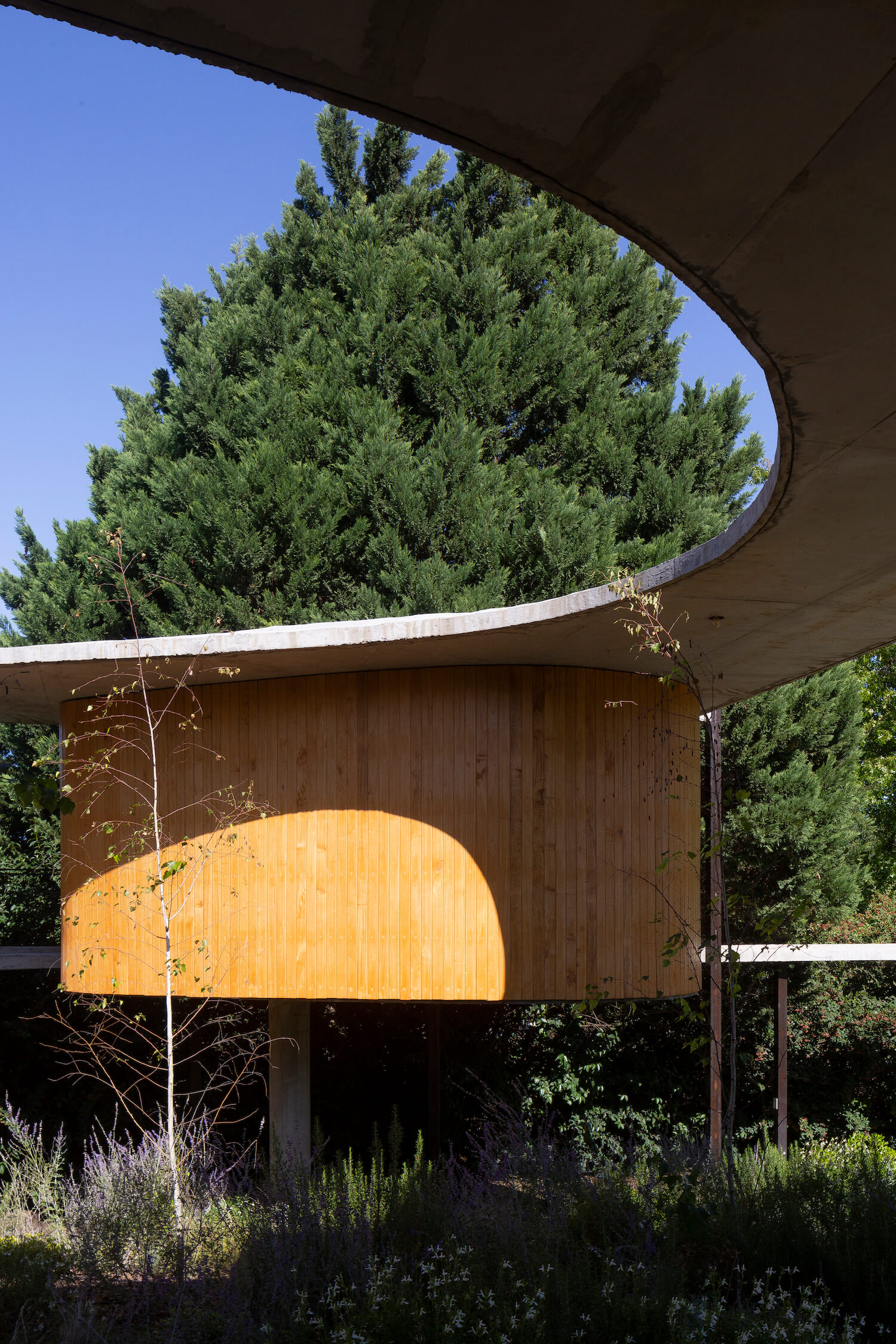 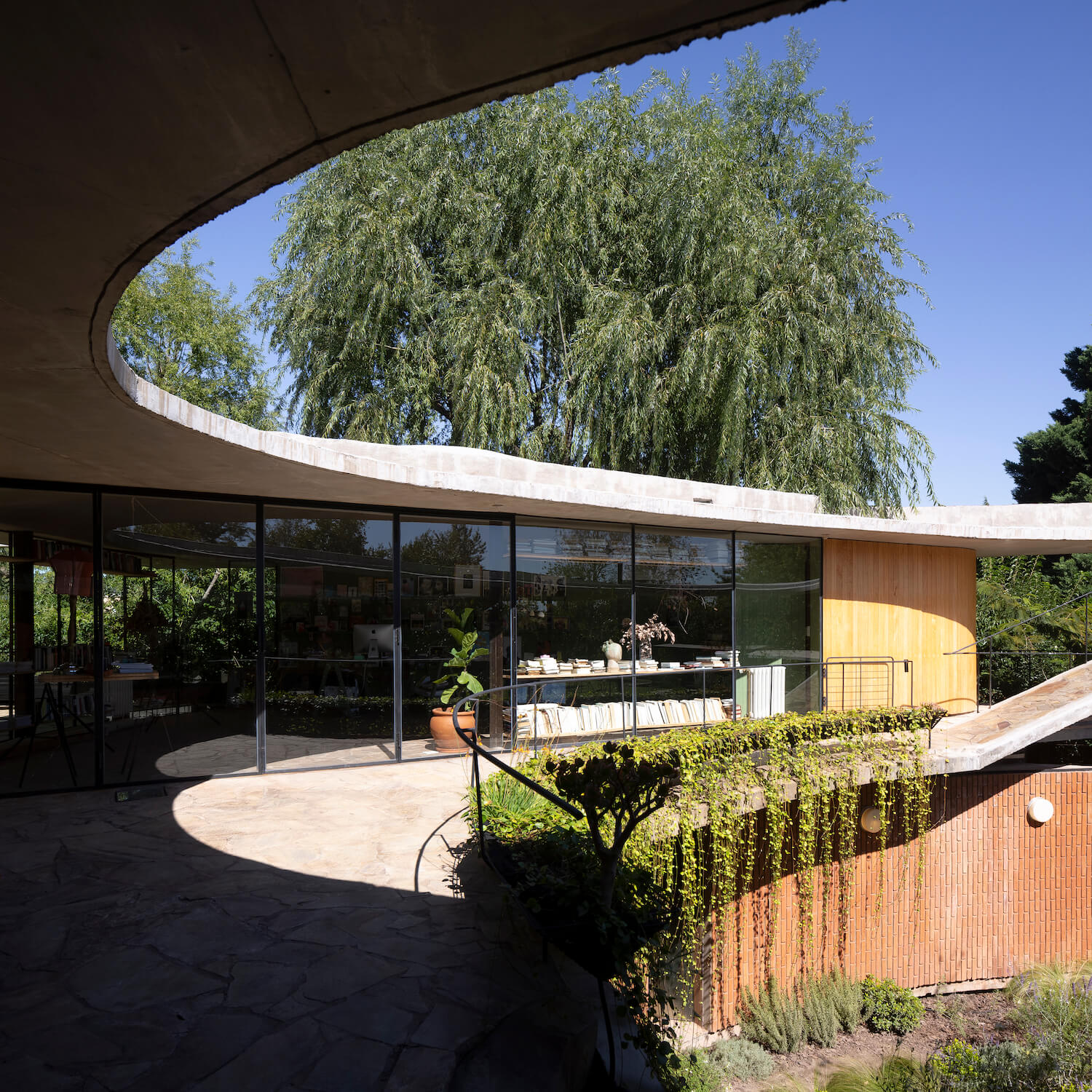 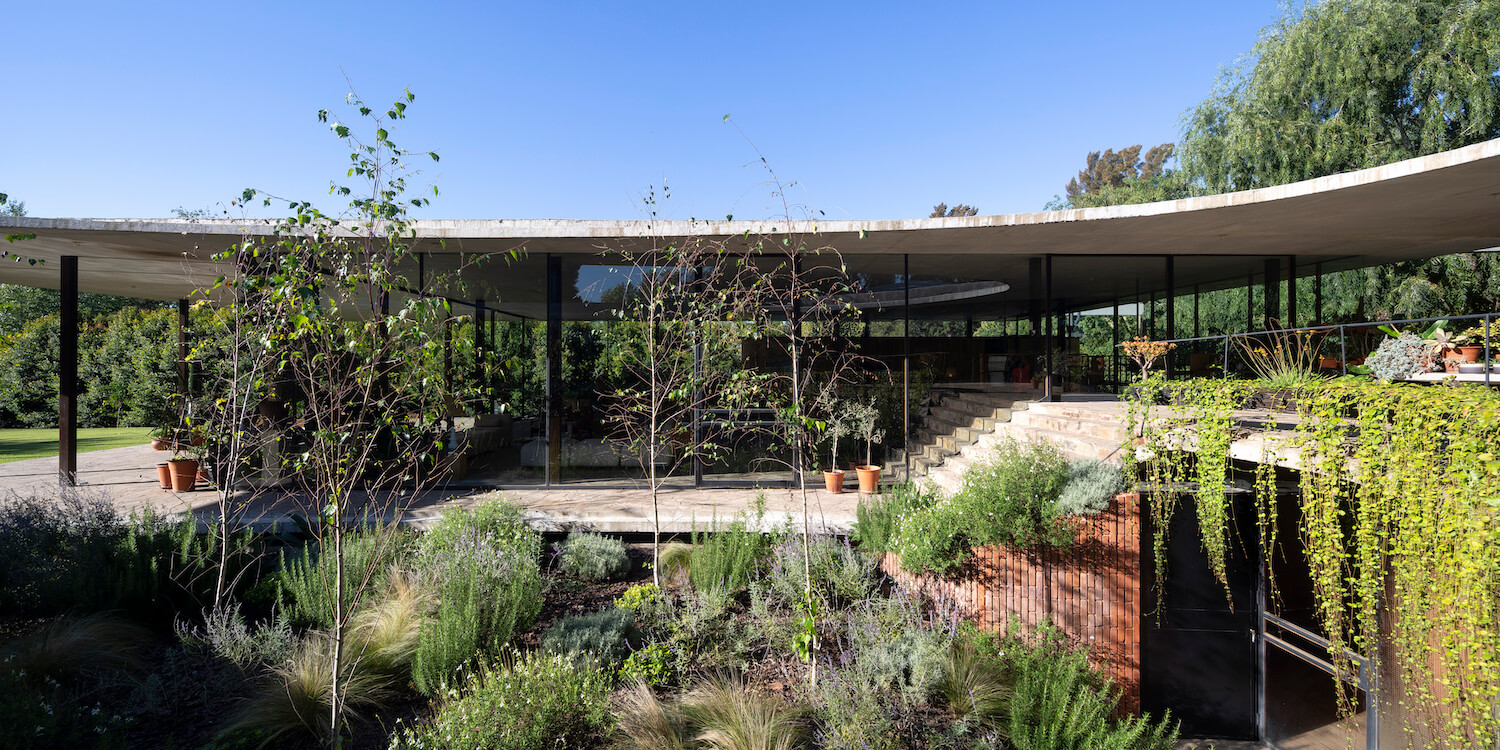 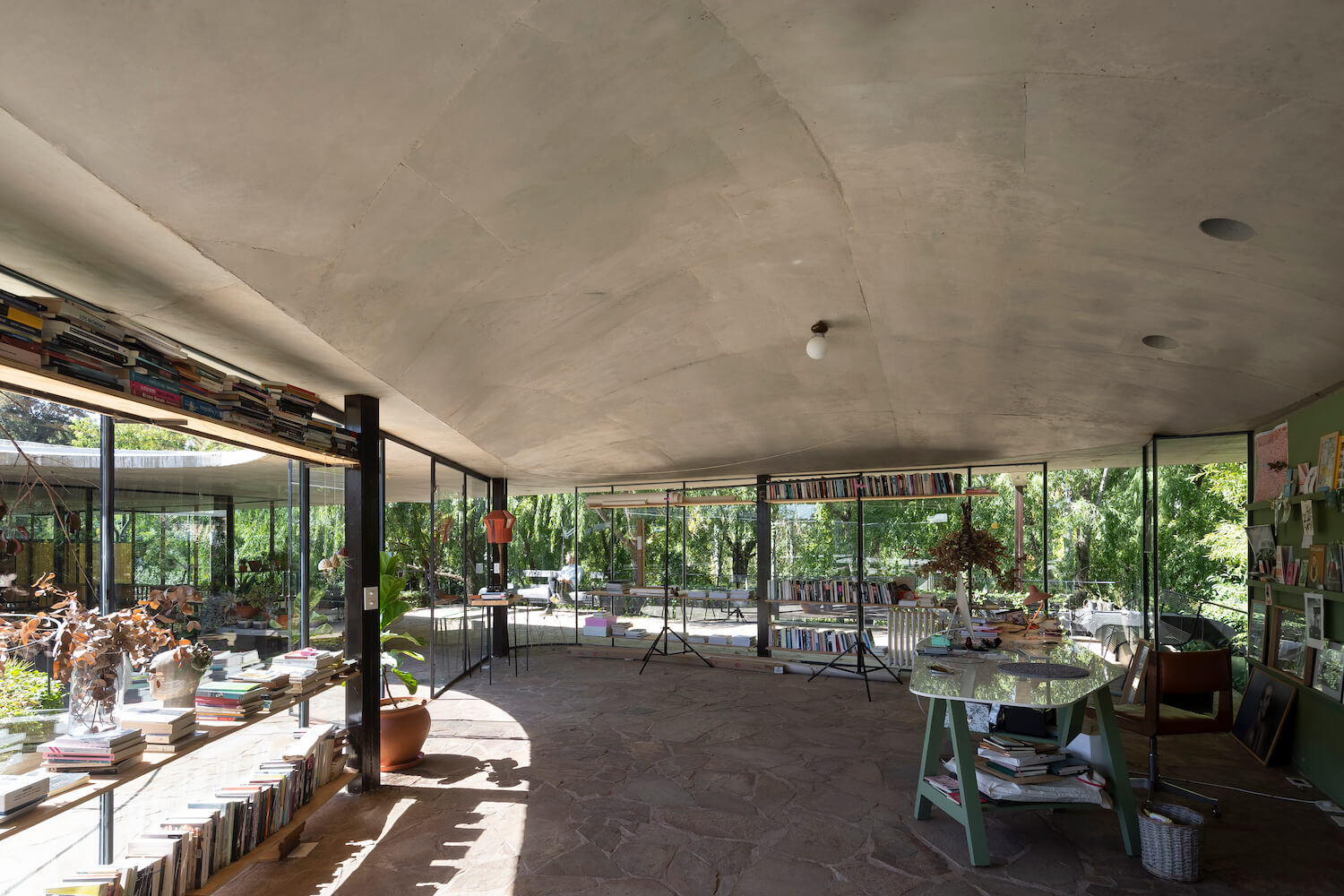 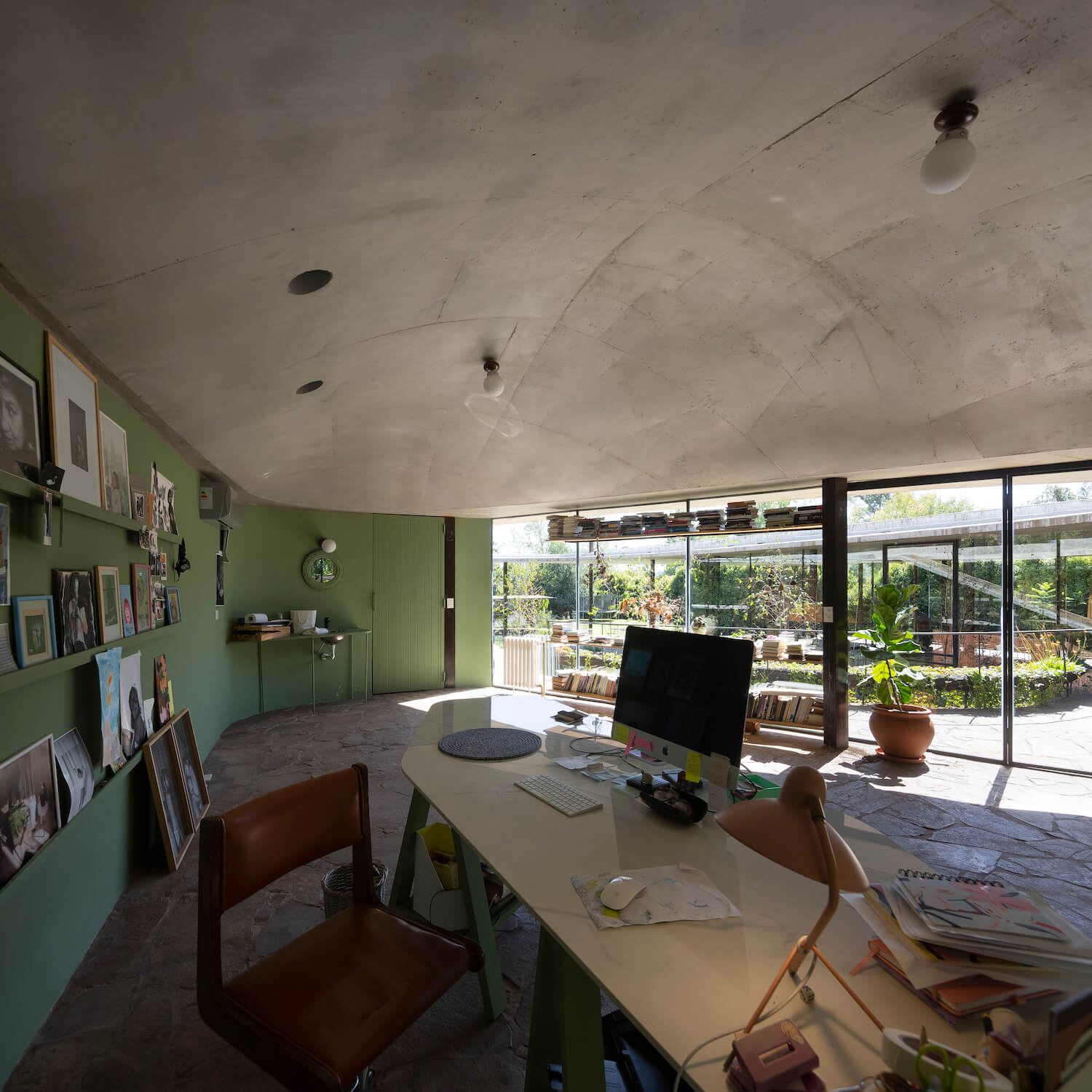 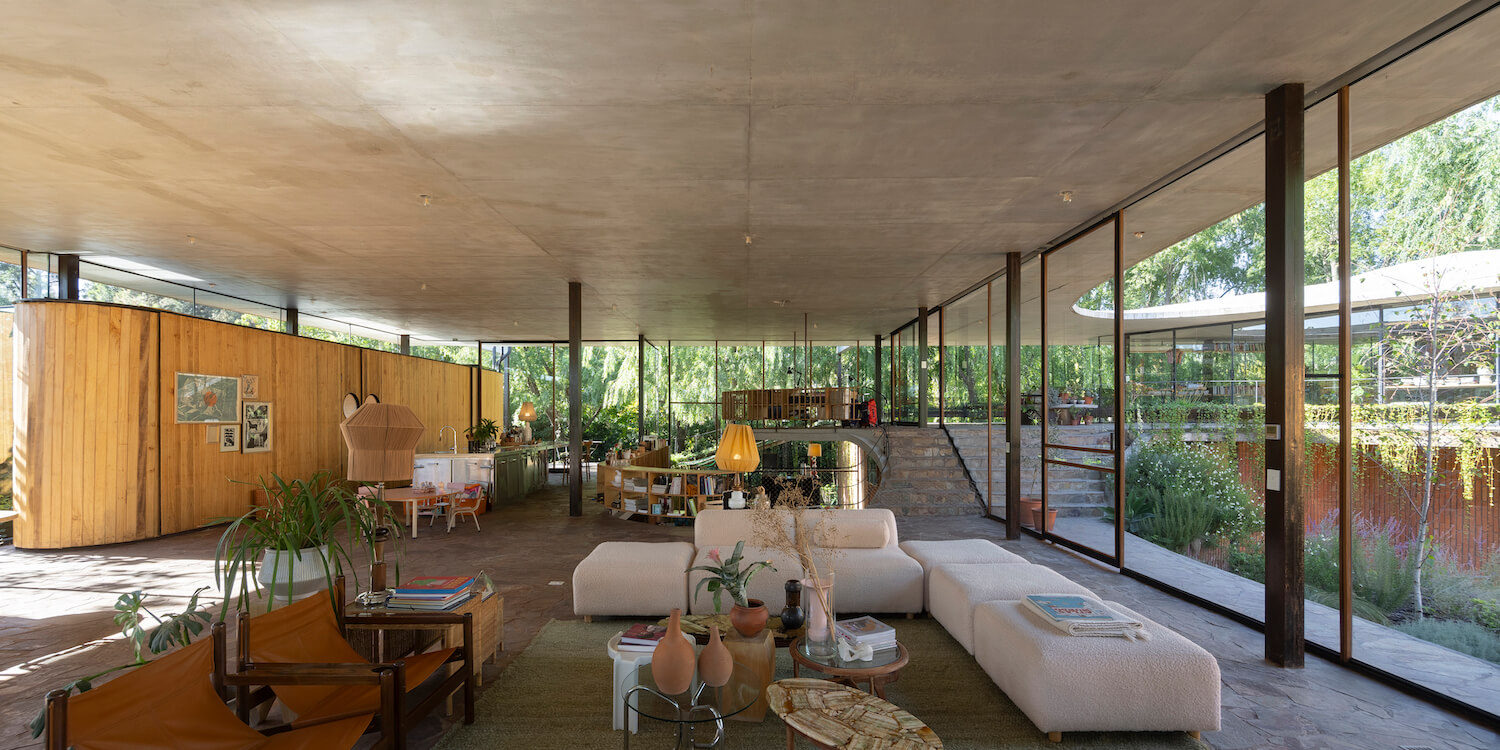 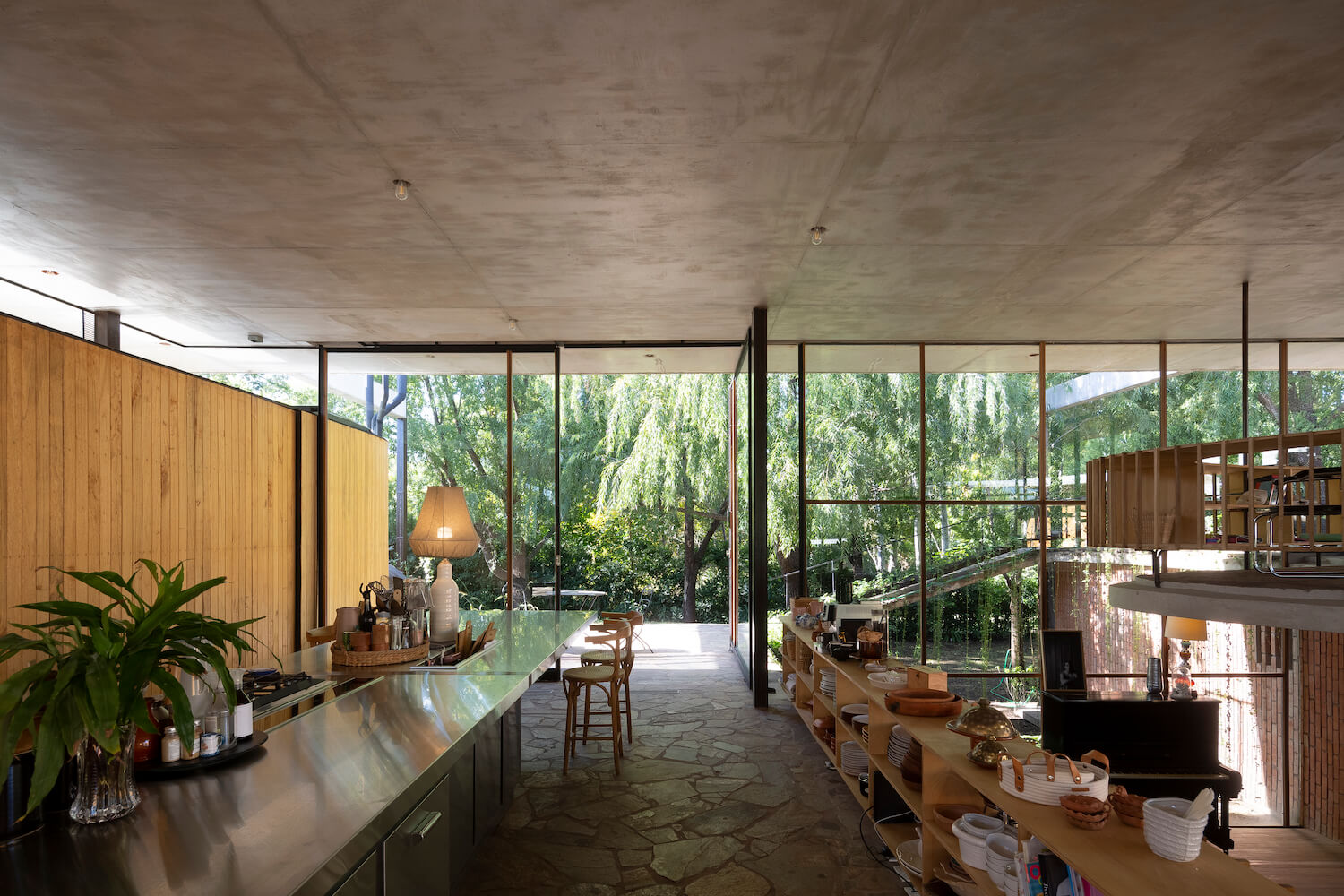 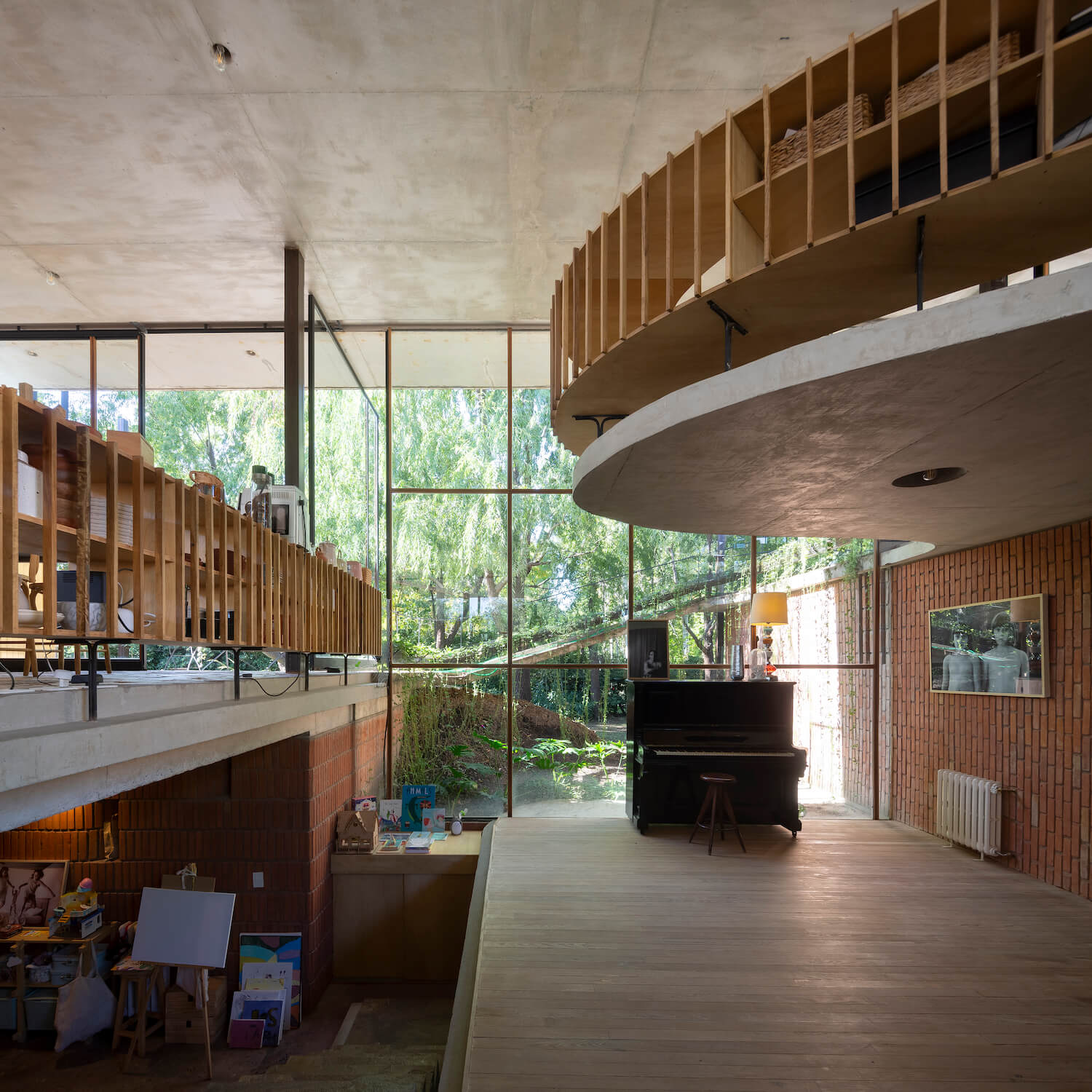 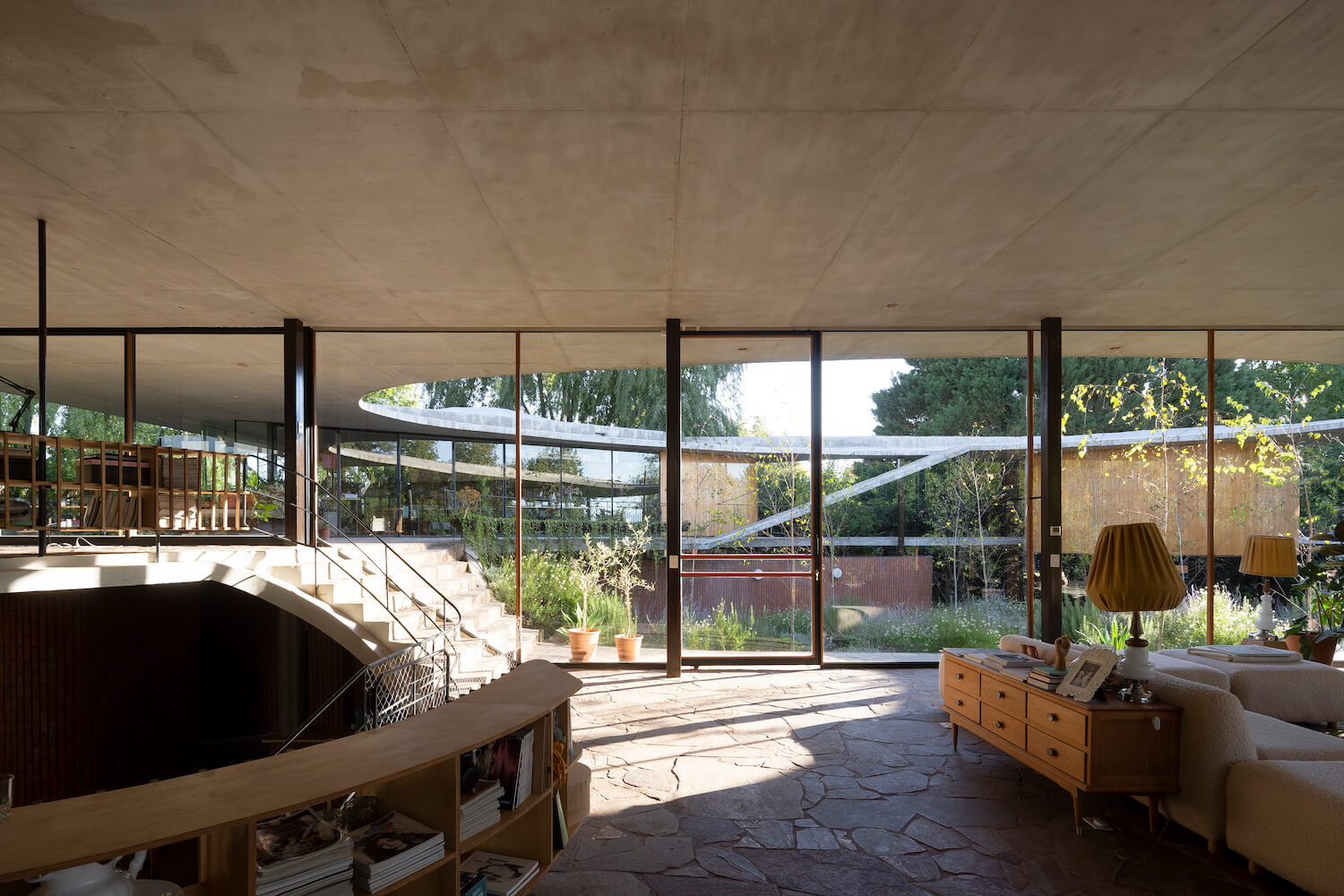 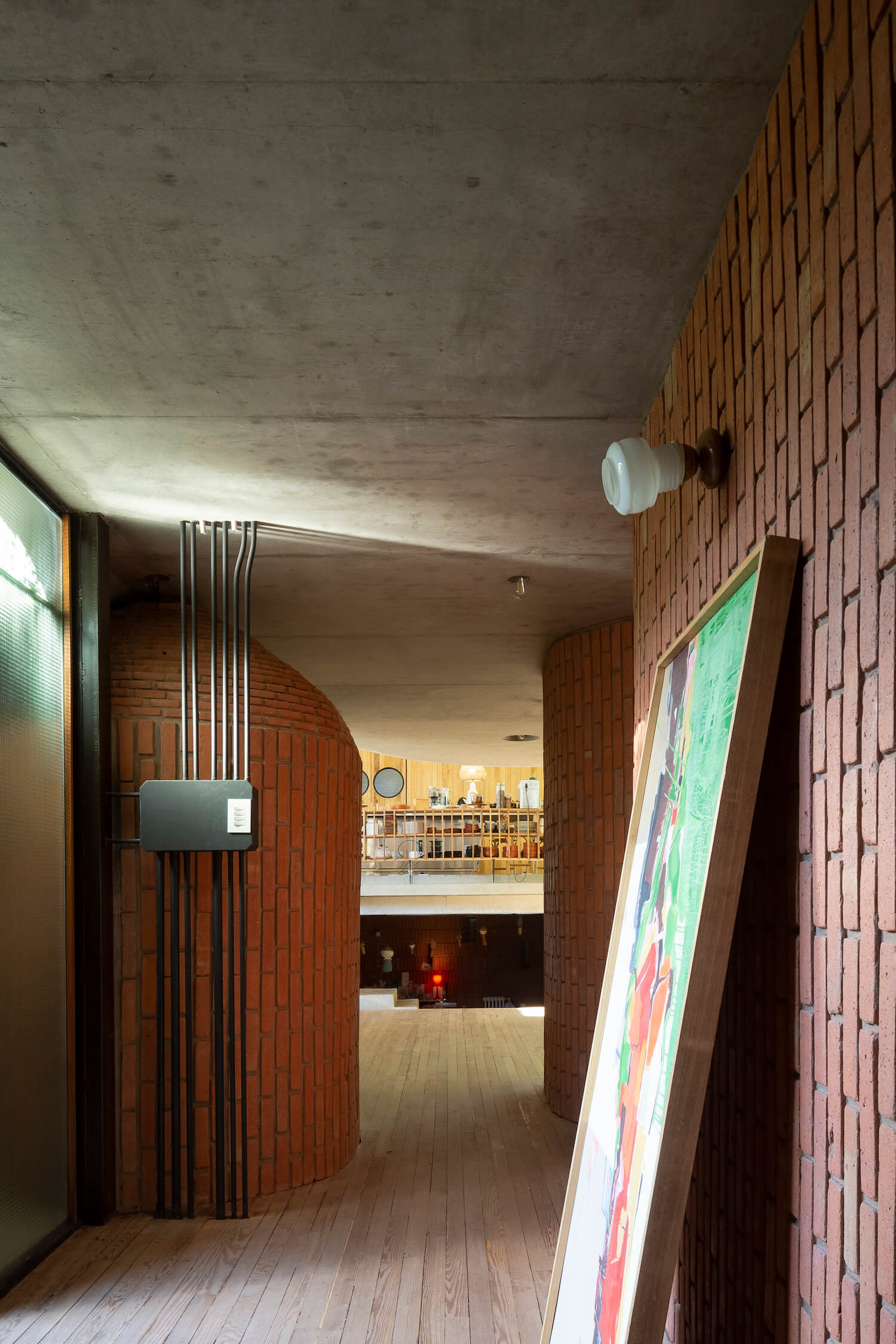 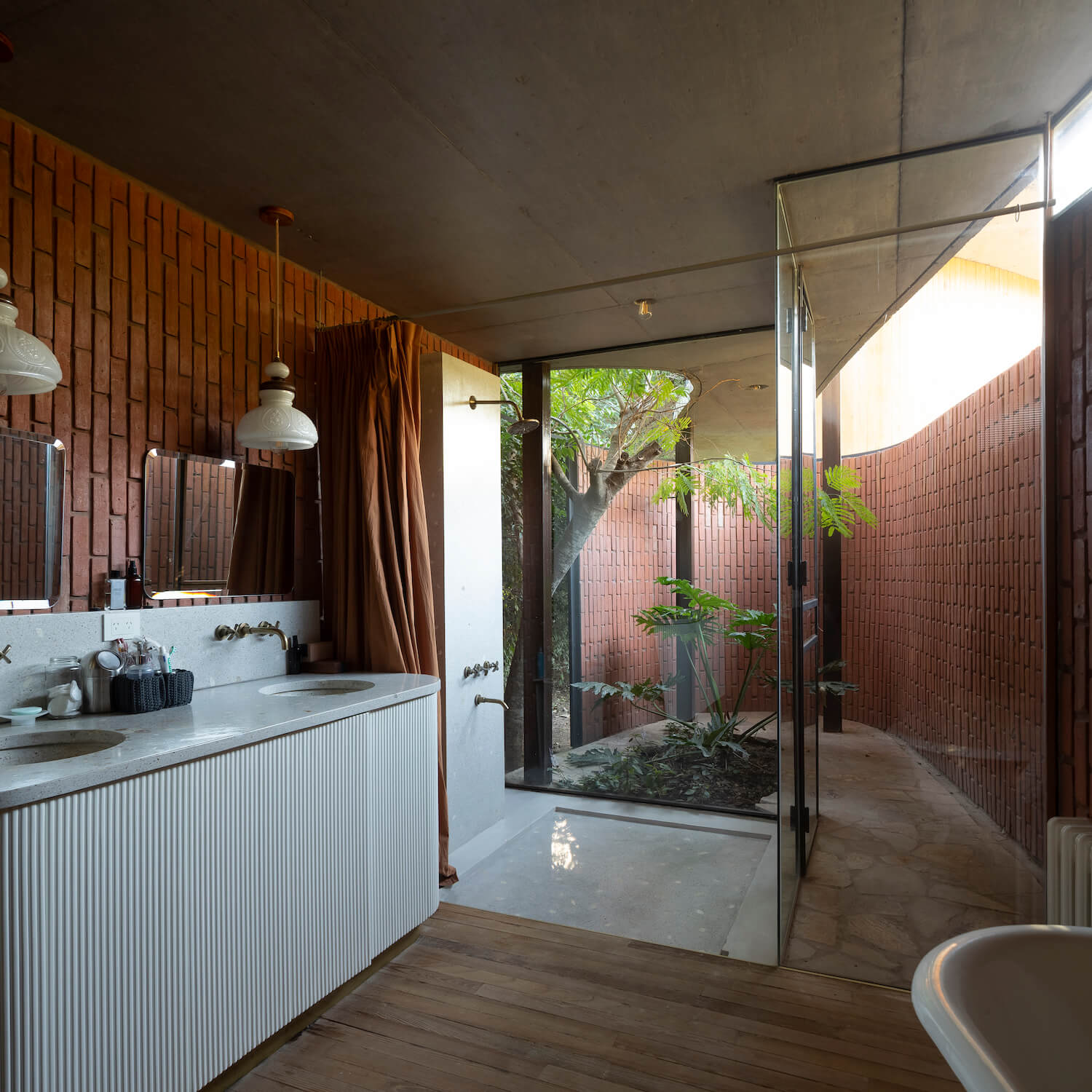 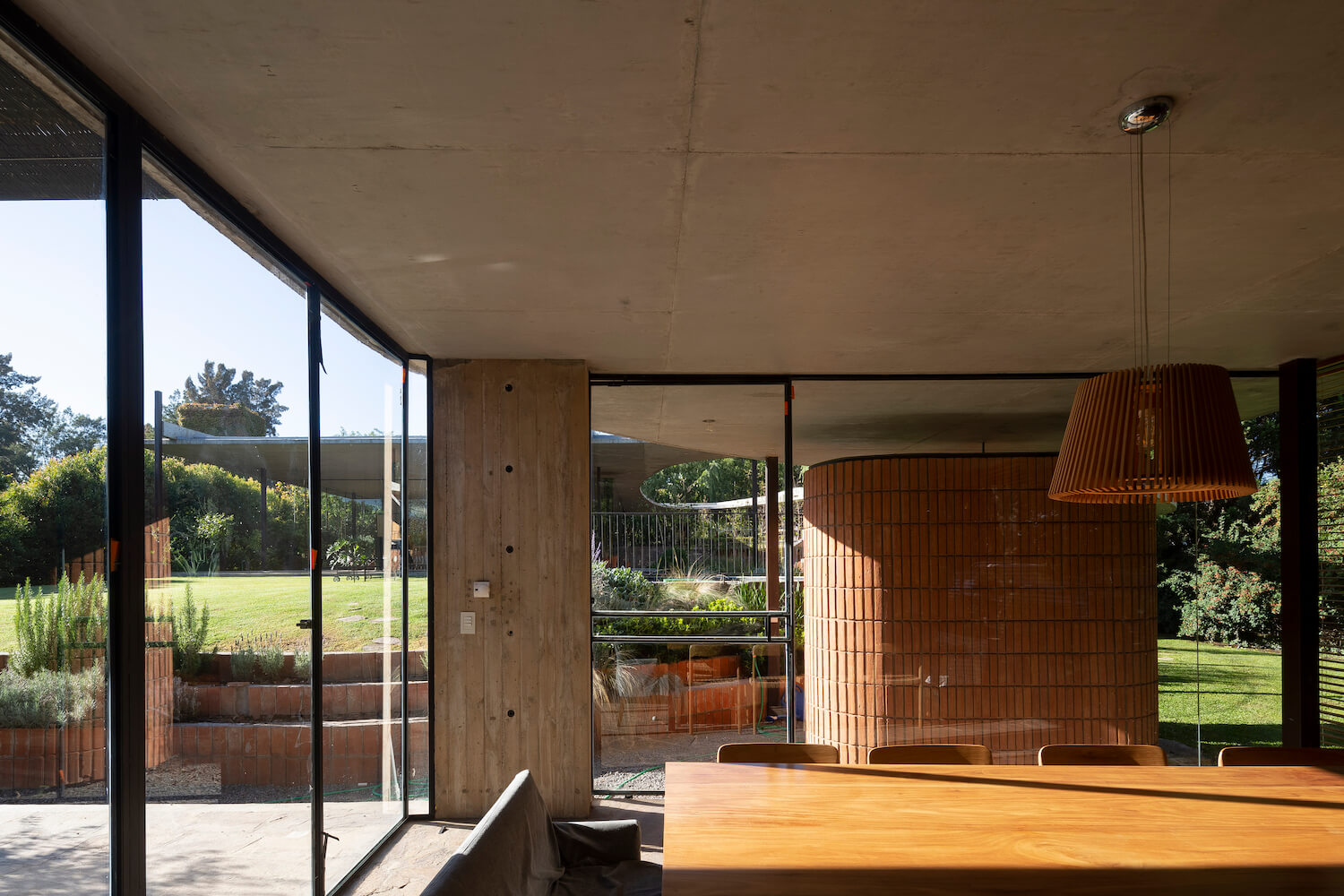 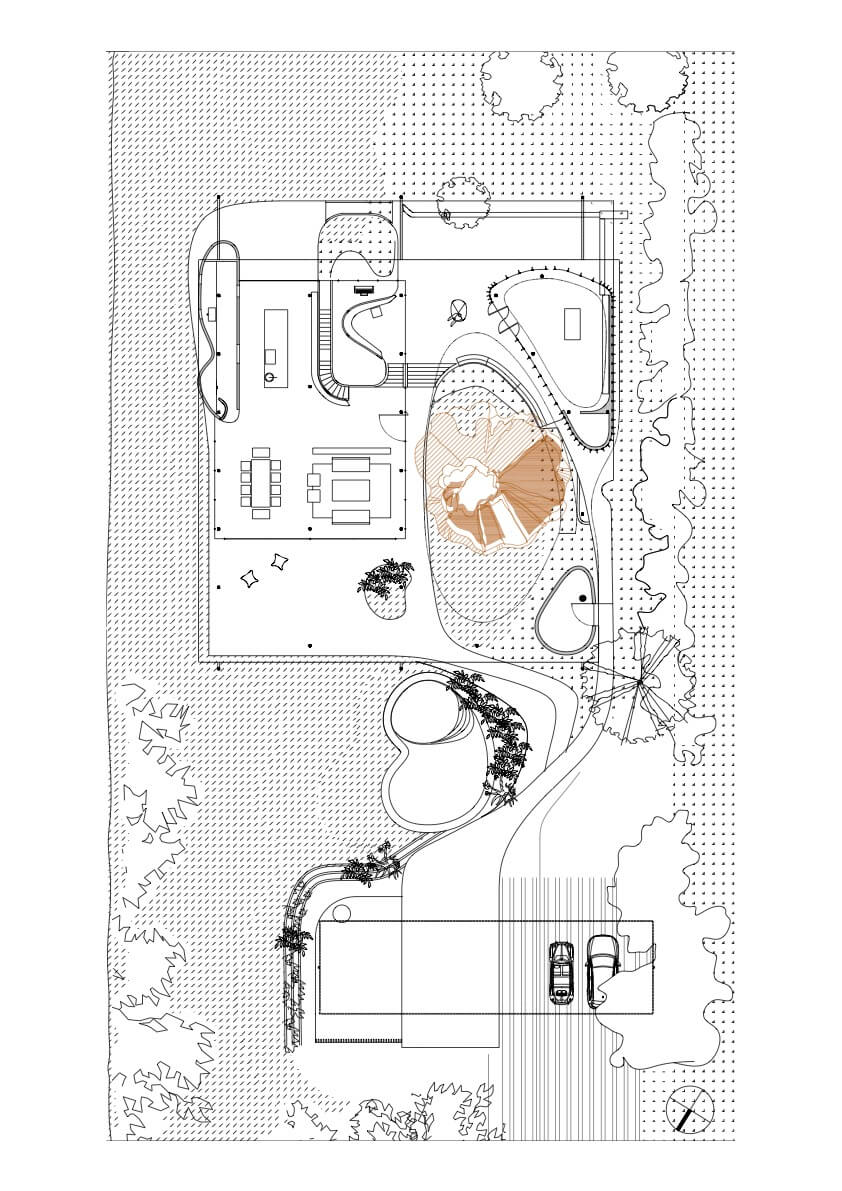 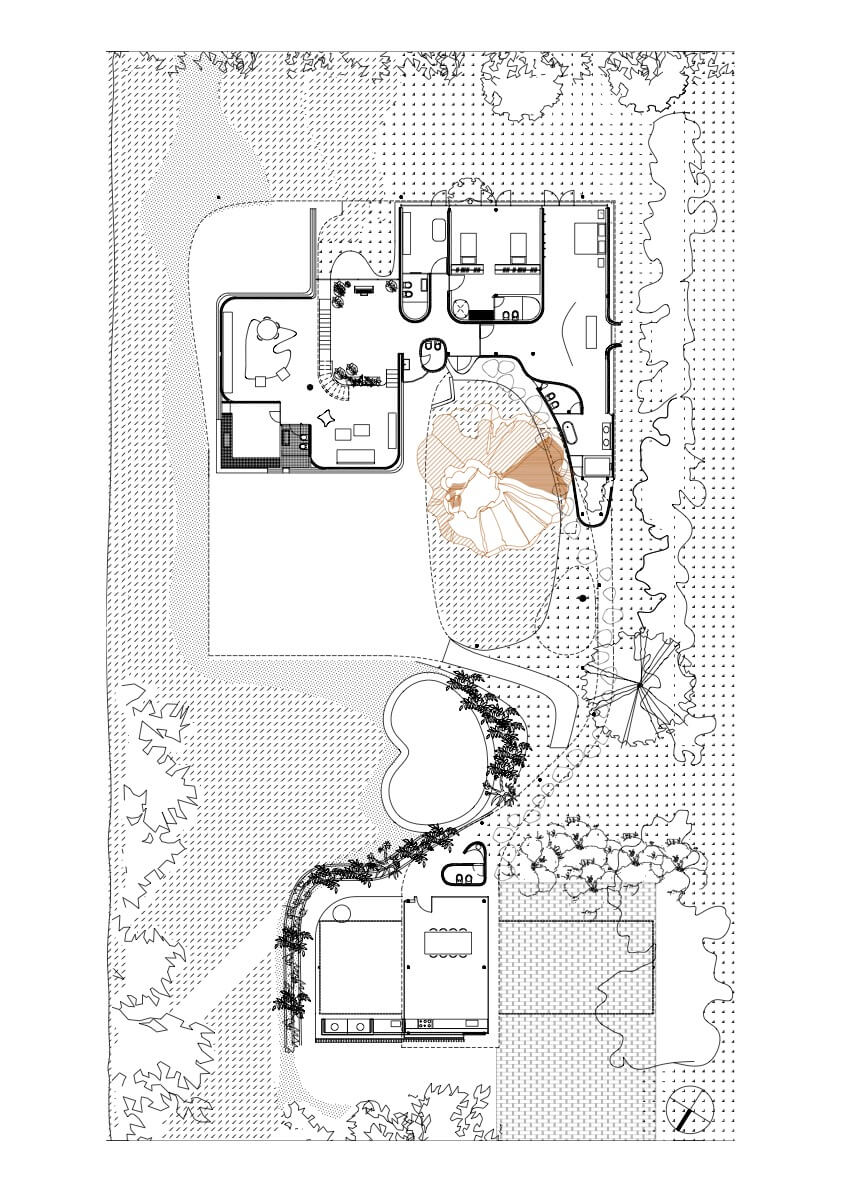 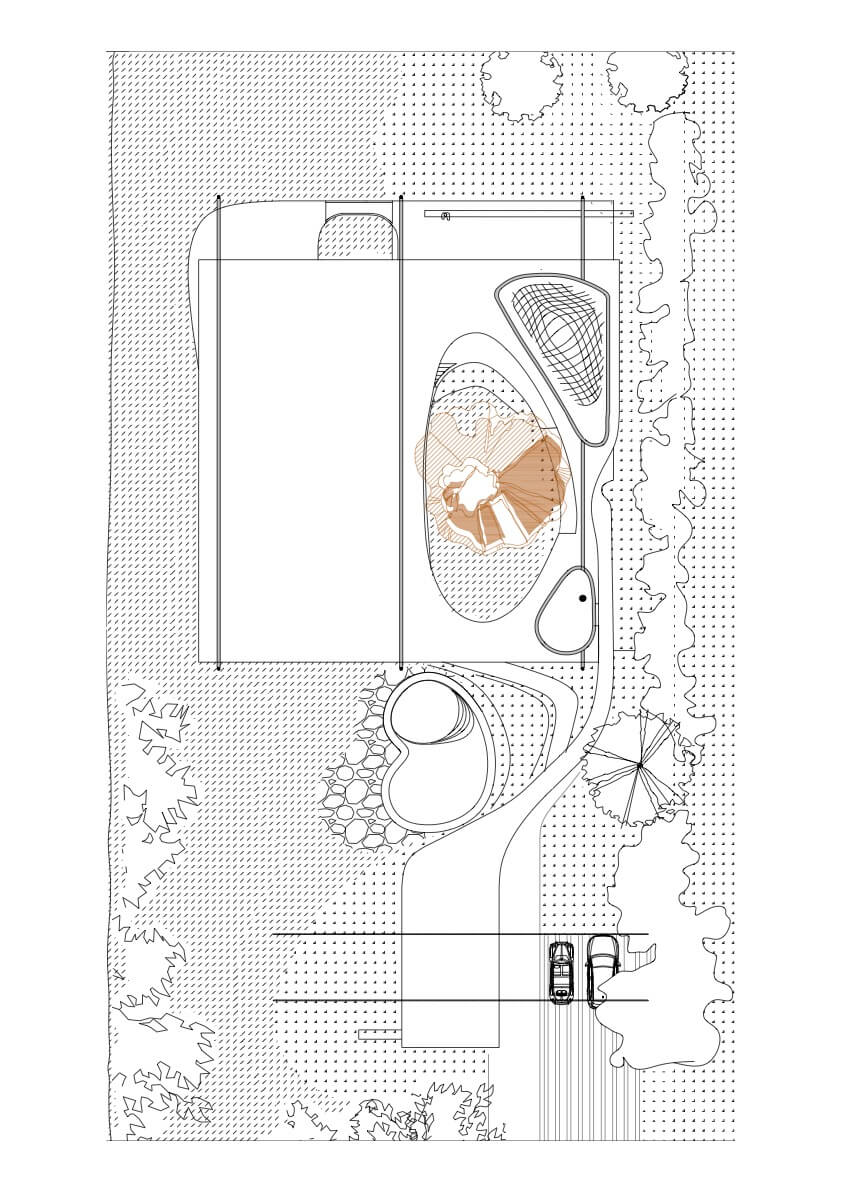 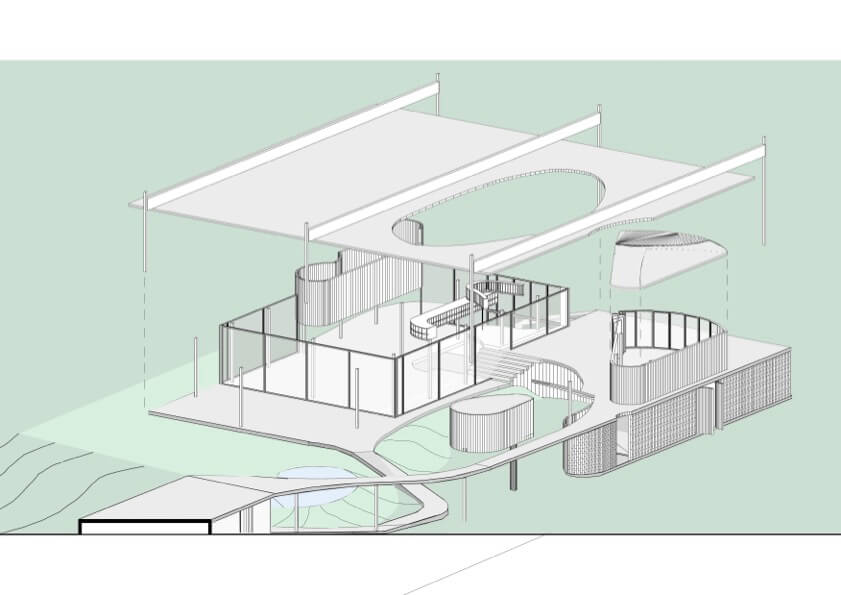 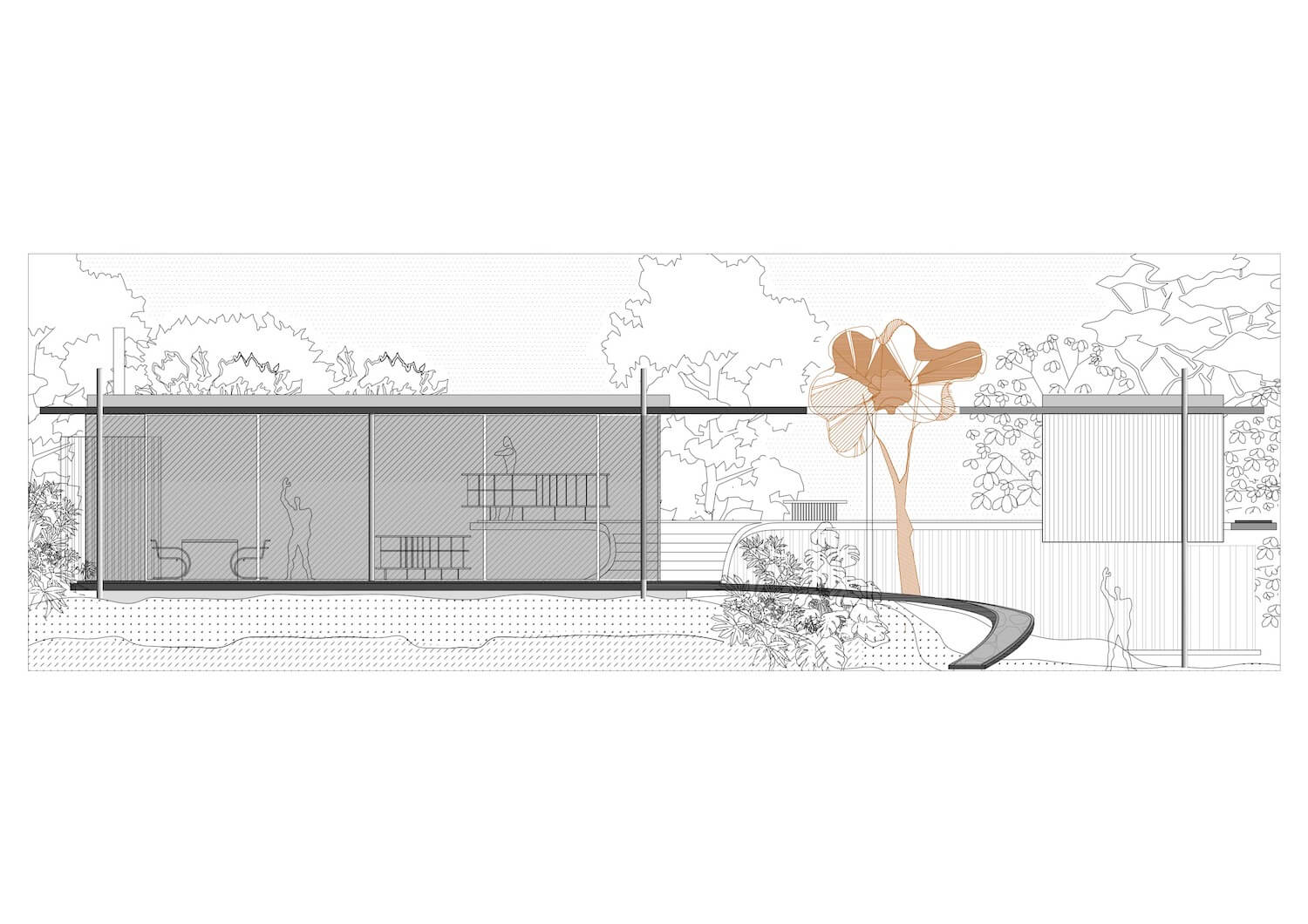 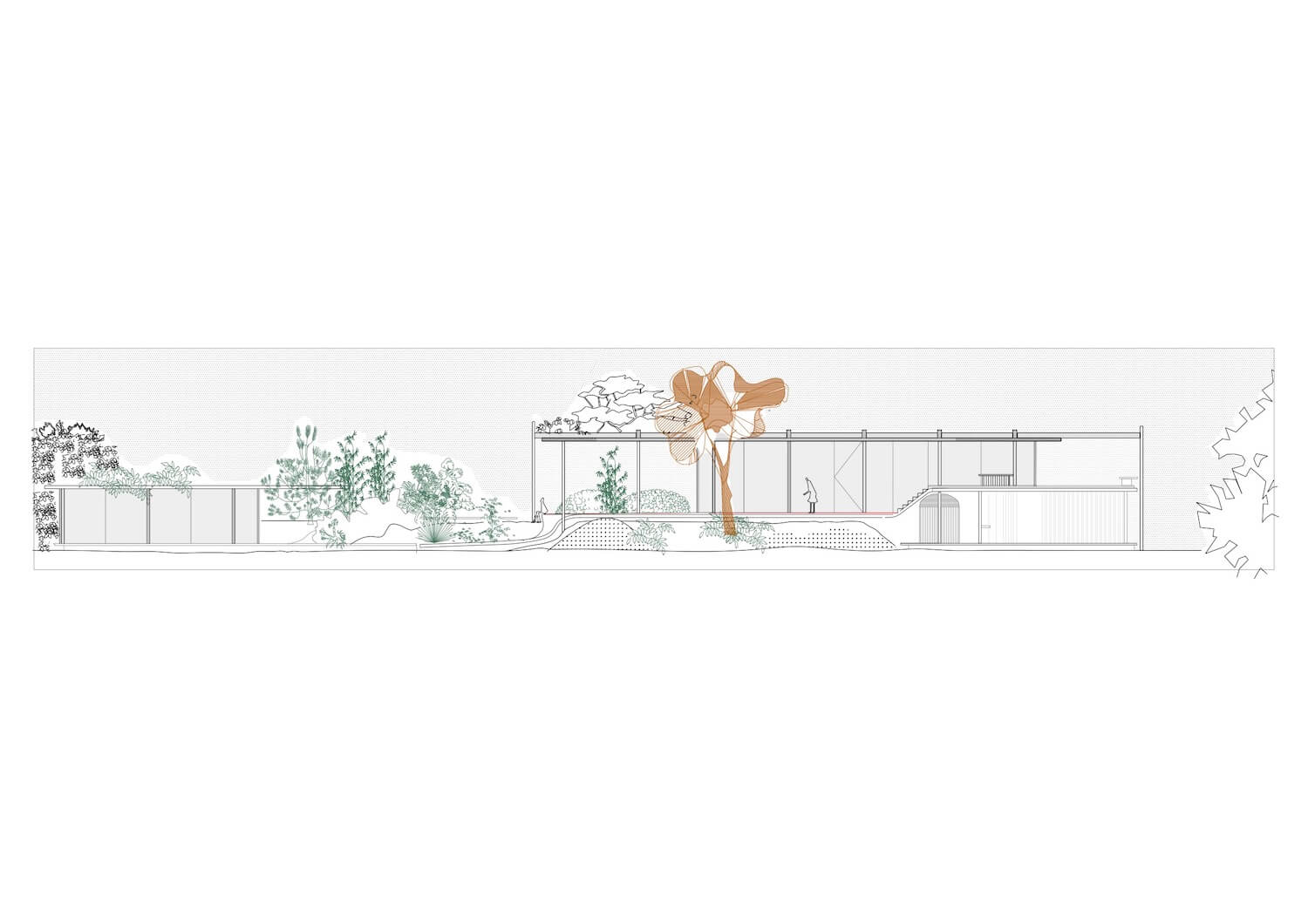 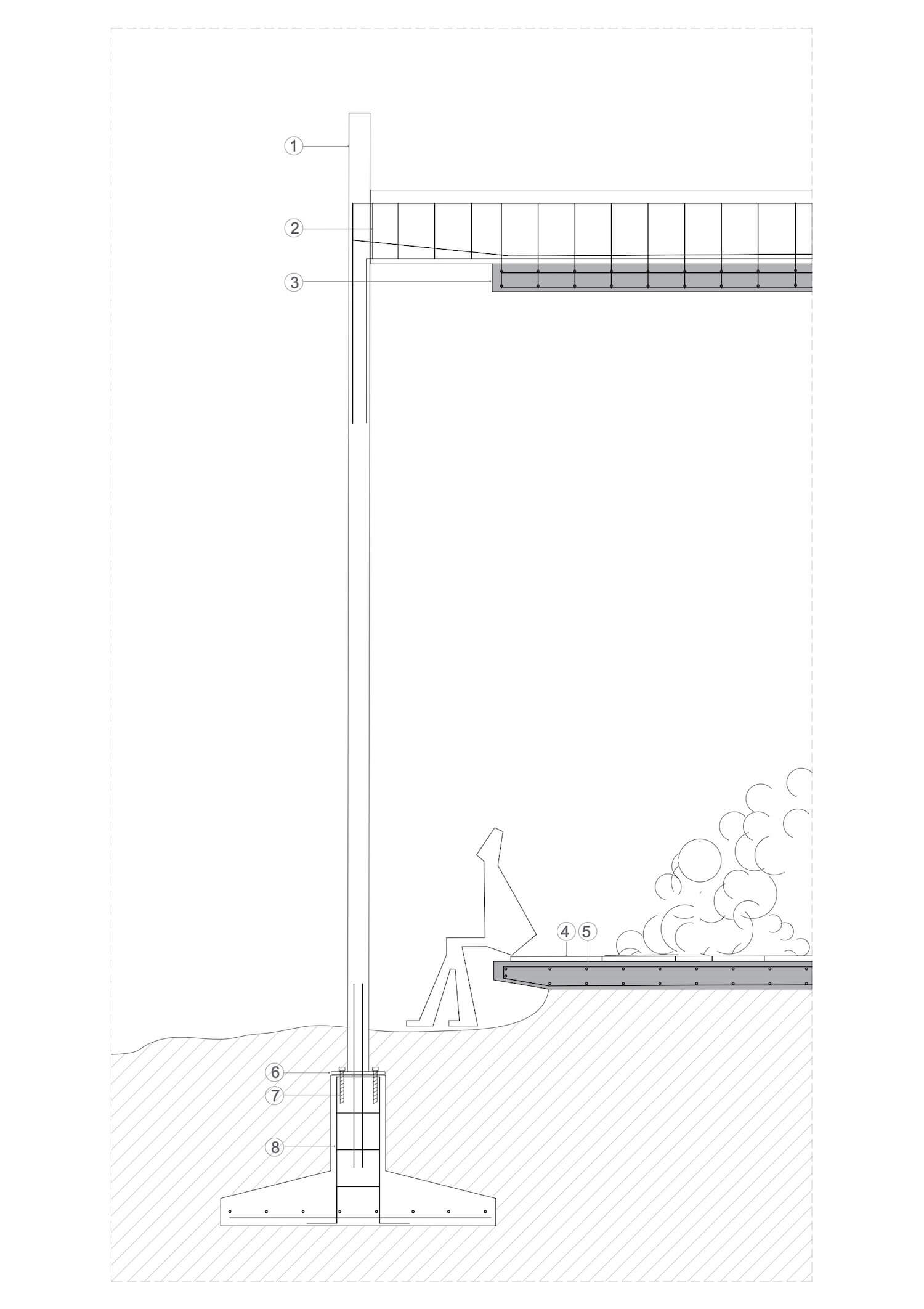 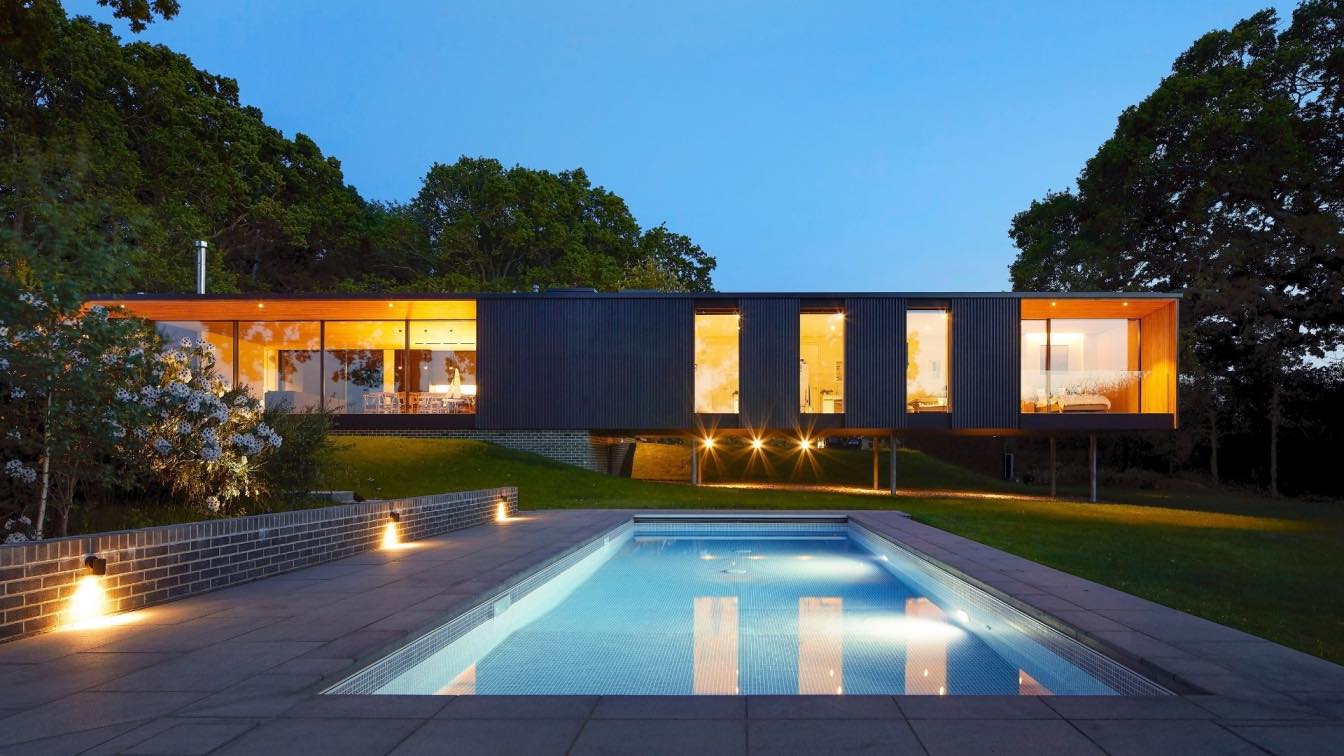 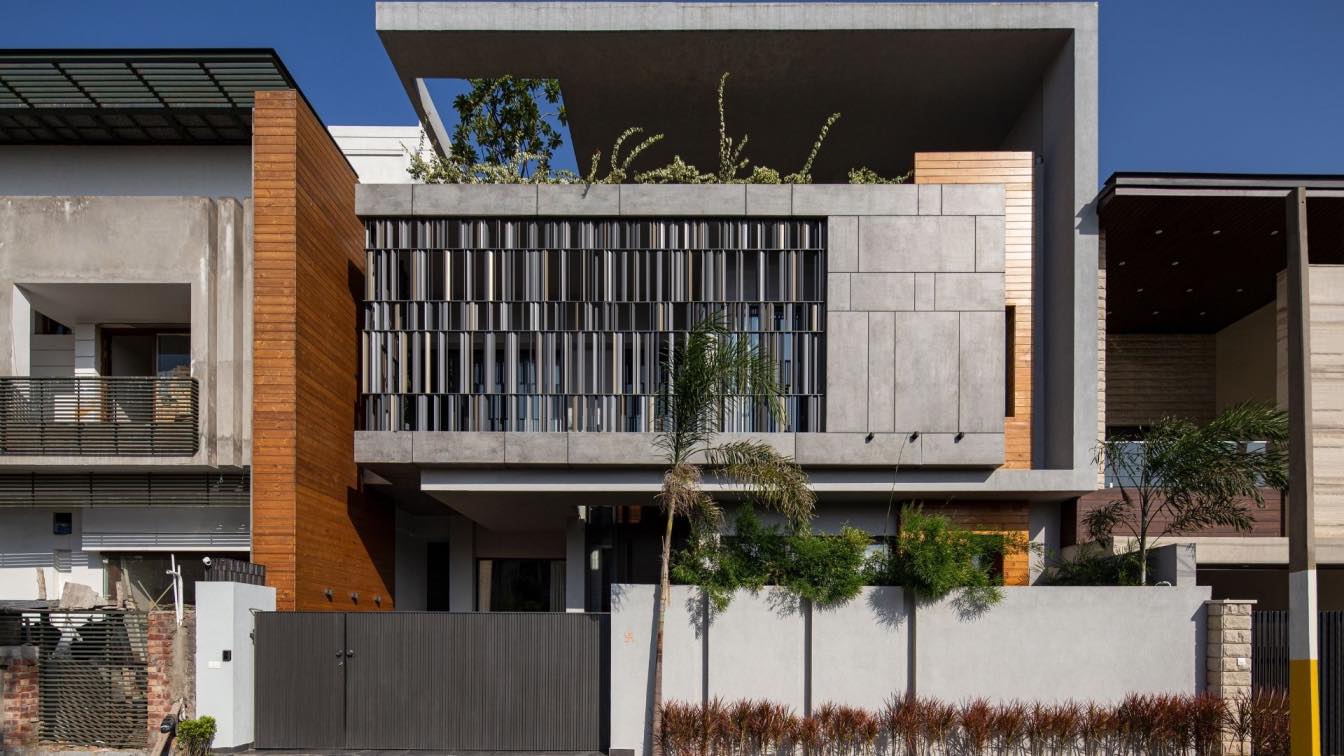 Mehta Nivasaa, luxurious residence in the heart of Punjab by Planet Design & Associates 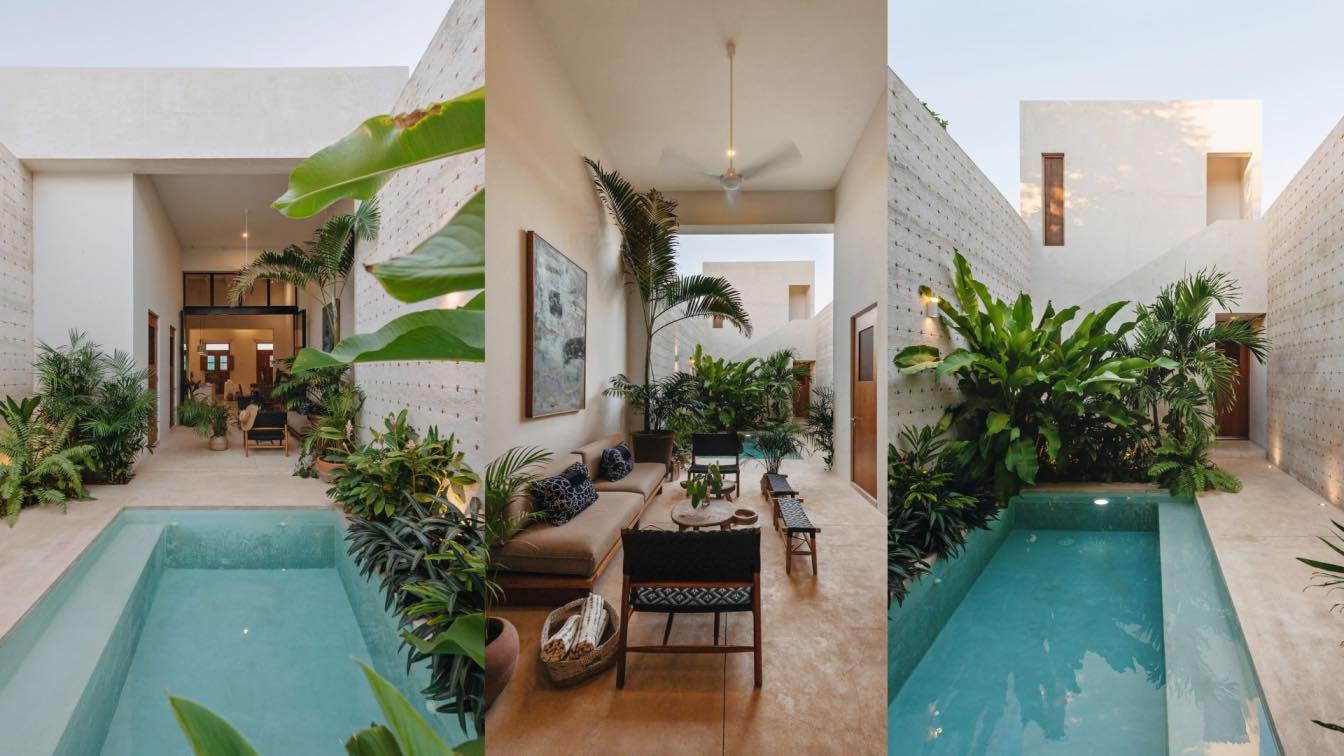 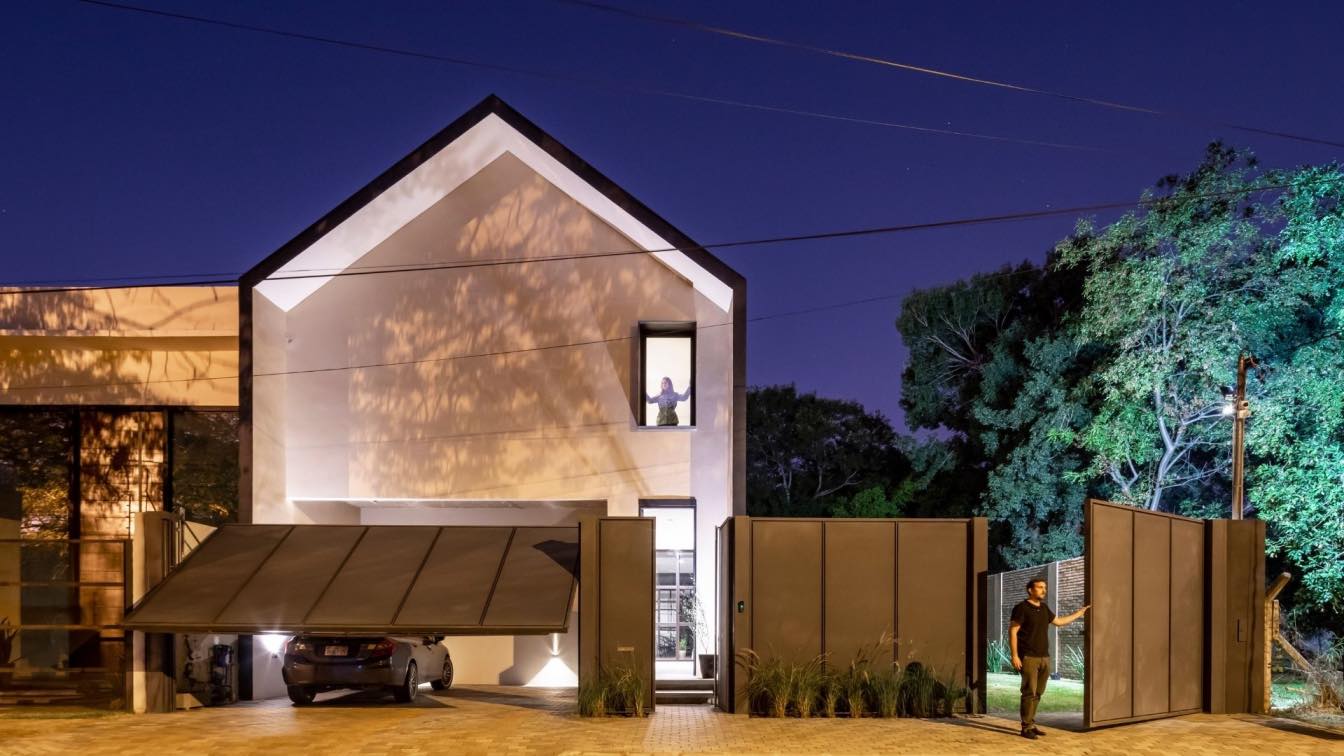