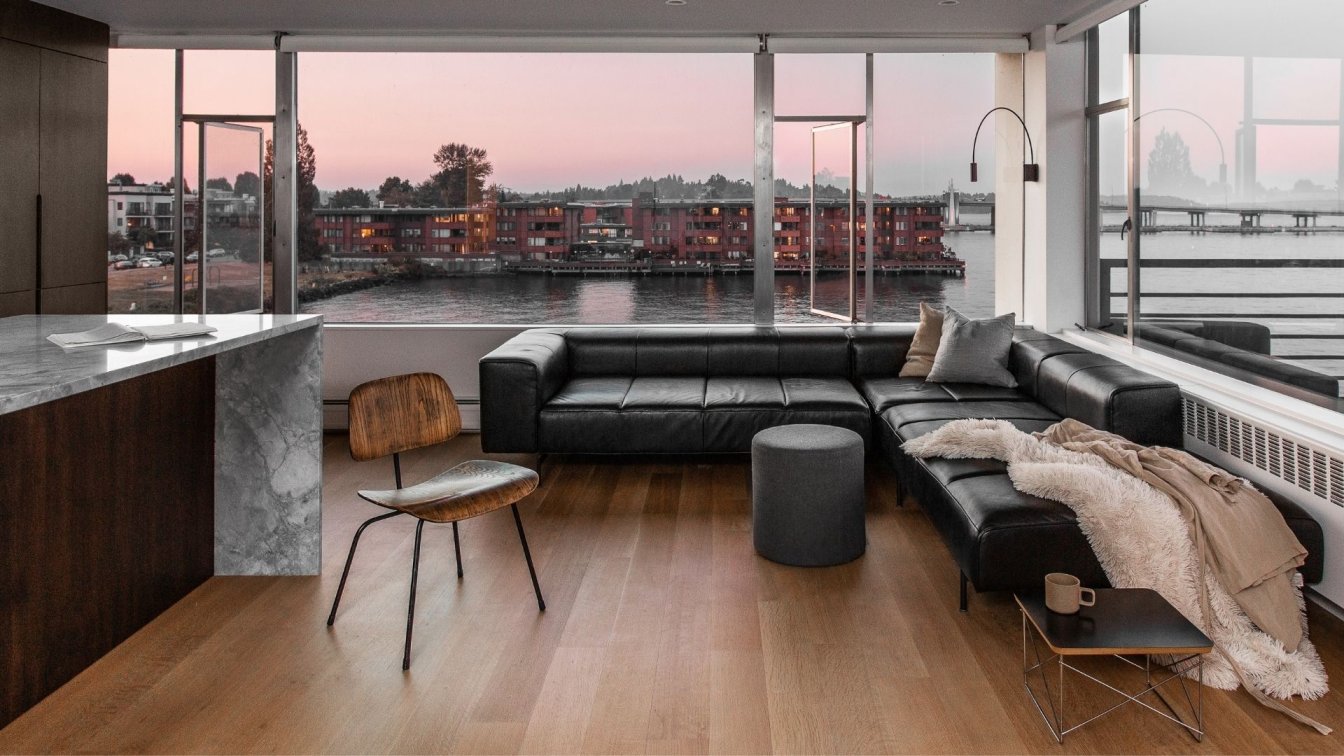 Designed by Seattle-based architecture firm Wittman Estes, the project involved the complete remodeling of an apartment in an early 1960s-era condominium building (the apartment building was designed by John Graham, the architect for the Seattle Space Needle).

The owner of the unit is CEO of a technology company, and interestingly also an architect (though he no longer works as an architect). The apartment is quite modest at just over 1,000 square feet and a conscious shift from his previous house, which at 3,000 square feet-plus was more typical of a family house. The client is a divorced dad with two kids who share the apartment. The design is consciously spare in aesthetic...a white volume into which rich wood elements (kitchen, cabinetry, etc.) were inserted to create a yin-yang composition.

Lakeside West is a re-imagined urban condominium that transforms an outdated mid-century dwelling into a highly organized and functional dwelling for a single man. The client was trained and practiced as an architect before starting a local tech company that focused on digital interface and experience design. The client approached Wittman Estes, a Seattle architect known for integration of architecture and landscape and their careful re-imagining of classic mid-century buildings such as the Civic Hotel, and residences by notable mid-century architects including Wendell Lovett and Ibsen Nelson. 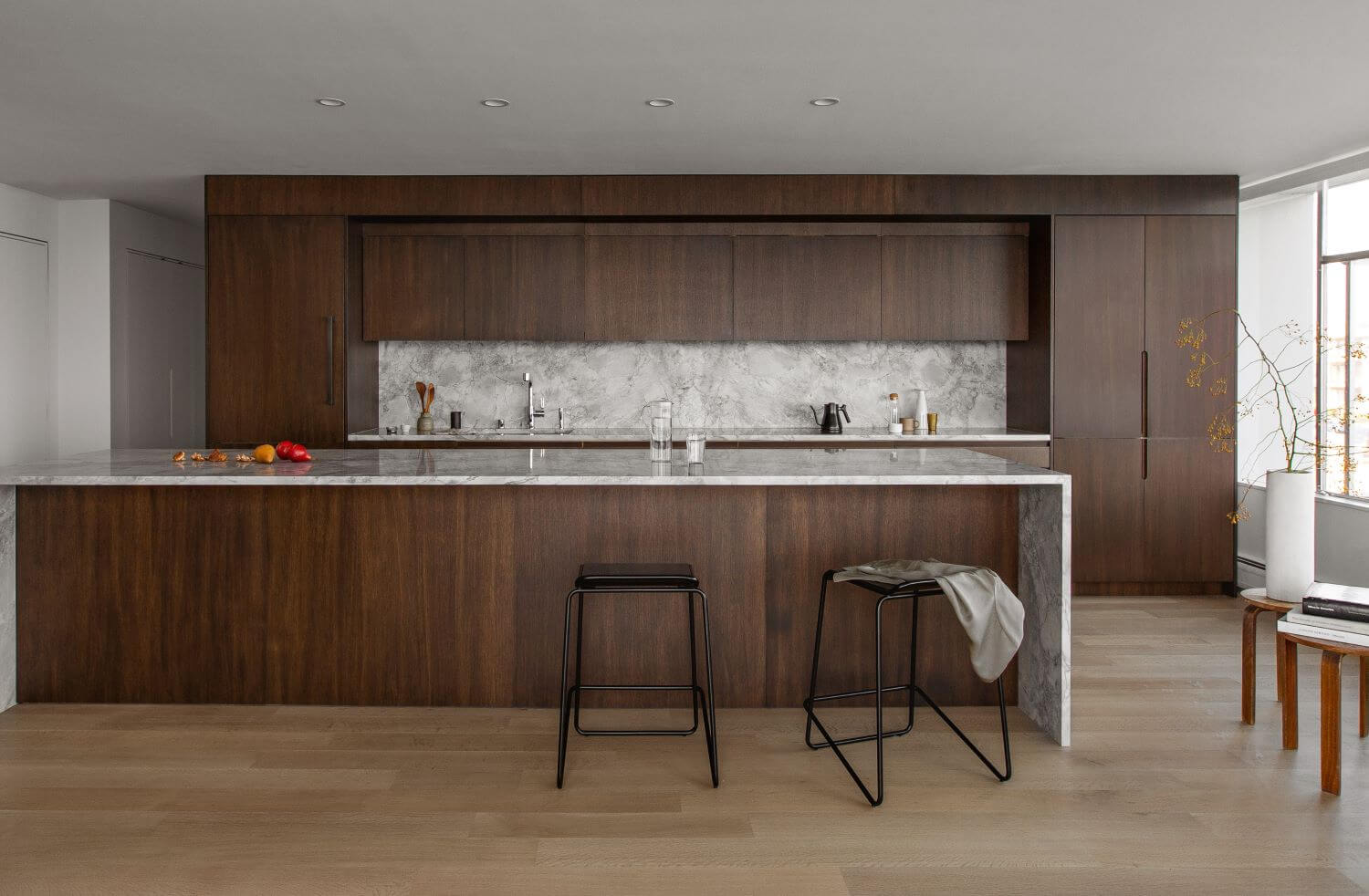 Originally designed by Space Needle architect John Graham, Lakeside West was built in 1961 for the executive staff of the Century 21 World’s Fair. Considered a visionary design at the time, the reinforced concrete frame of the building and sleek international style forms represented the optimism and ambition of 1960s high modernism. While the building had great bones, the layout and finishes were outdated and out of sync with contemporary living.

The design brief was to organize and curate a pared-down life where the client's daily routines of meditation, cooking, and working from home could be focused and elevated by simplifying the material reality of his surrounding environment.

He wanted a space to have guests and focus on his children—all with flexibility to easy access to put away dinnerware and project supplies with minimal effort.  Wittman Estes designed custom casework around the simple rituals of the client's daily life, such a making coffee in the morning and cocktails in the evening.  Escaping the noise and clutter of his large former single-family dwelling, Lakeside West was imagined as a cloistered escape and was completed just before the stay-at-home orders of COVID-19.

The functions are concentrated into flexible ‘living blocks’ that contain and organize the client's possessions, leaving the space around it free of clutter. The living blocks consist of a kitchen island, kitchen main volume, liquor cabinet, hall closet, and bedroom storage closet.  The design is adaptable for life of both solitude and gathering, where space and storage become a backdrop for living and connection with the views outside and with family and friends. The pared-down existence is supported by the flexibility of the living blocks.  The kitchen block has an “open” and “closed” state. While cooking and preparing drinks, the casework open state has flip-up and nested doors that recede into niches and allow full open access to the cabinet interiors. The closed state has flush doors with integral finger pulls that transform the casework into a quiet backdrop for the living room. 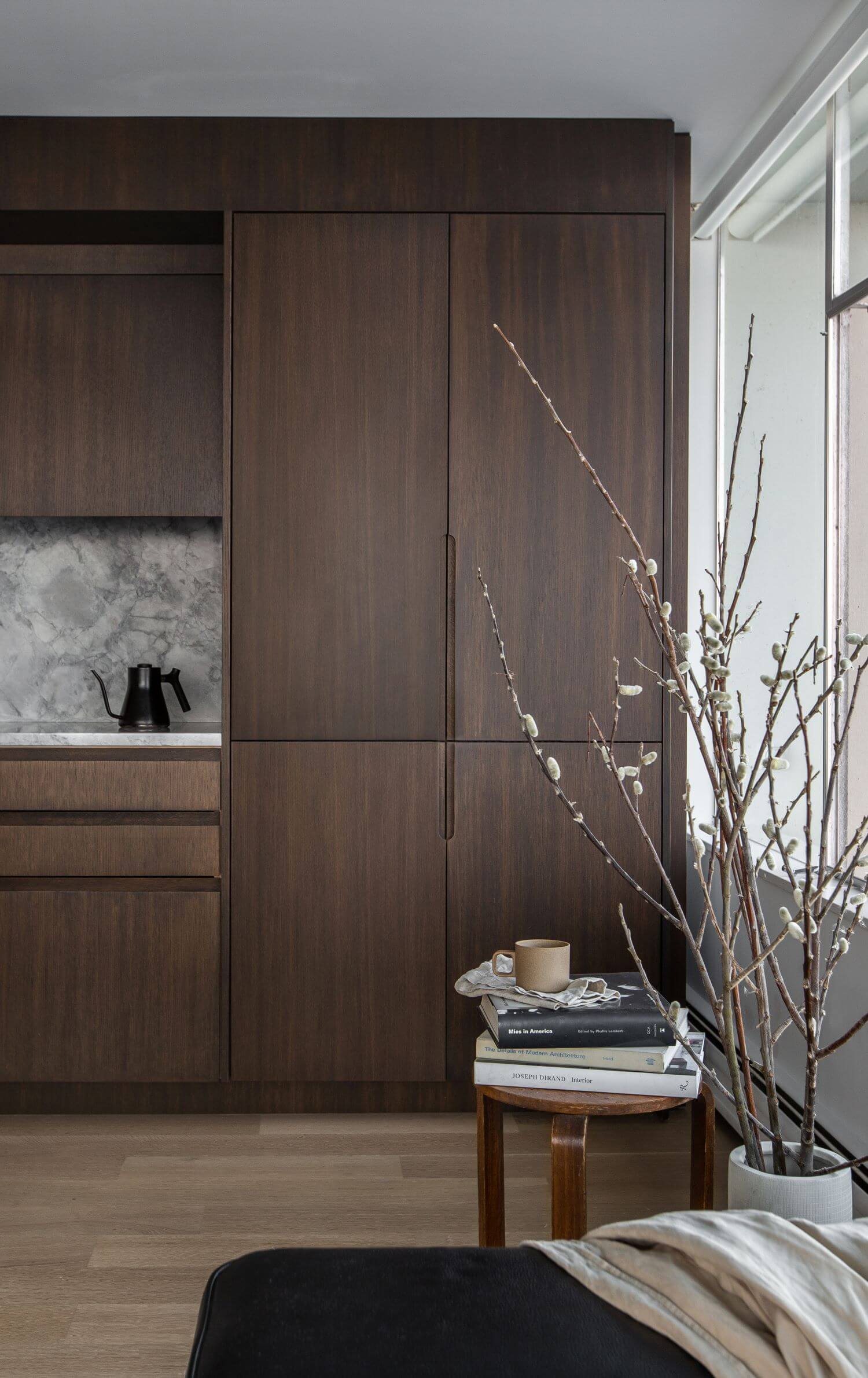 The textures and colors of Lake Washington and the lightness of the expansive sky are brought inside to blend with a material palette of warm minimalism. The cool grey textures of Luce di Luna marble evoke the surface of the water, while the moody depth of the solid panel rift sawn white oak panels with tactile finger pulls give a warm and tactile intimacy to the casework.

Wittman Estes’ approach to sustainability focuses on small footprint, high-quality spaces built with durable materials and timeless designs that will endure for the long term and survive through interior design trends. Lakeside West’s universalism and the adaptability of mid-century International Style architecture is a perfect foil for re-imagining a dwelling that keeps the essential bones and layout. The original condominium was simplified and transformed with solid oak floors, casework, and solid stone countertops that are built to last for the long term. Locally sourced wood and detailed craftsmanship by Sparrow Woodworks yielded a refined and tactile living space where the focus of everyday life is on the people, activities, and dynamic colors and textures of the wide-open views and pearlescent skies over Lake Washington. 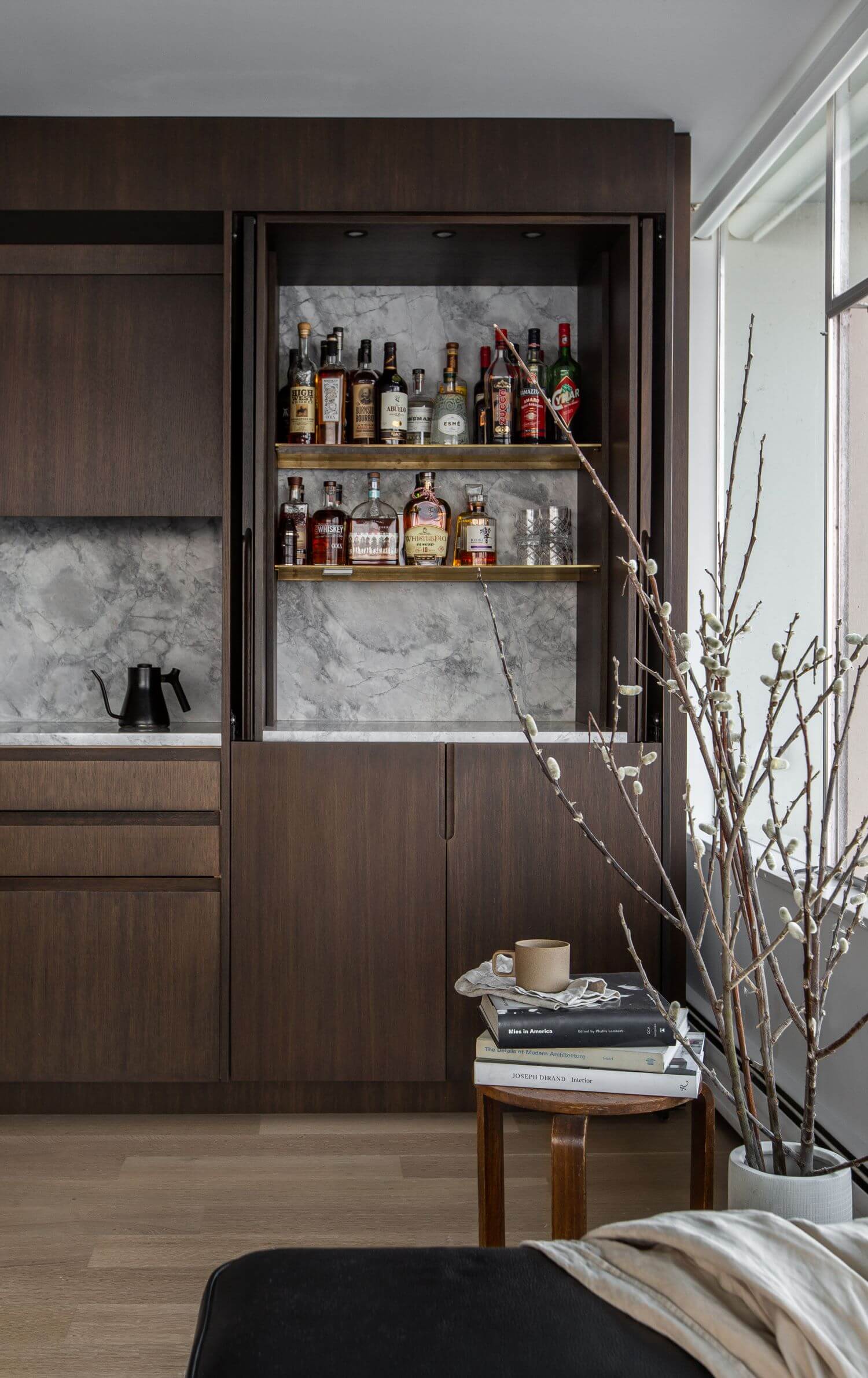 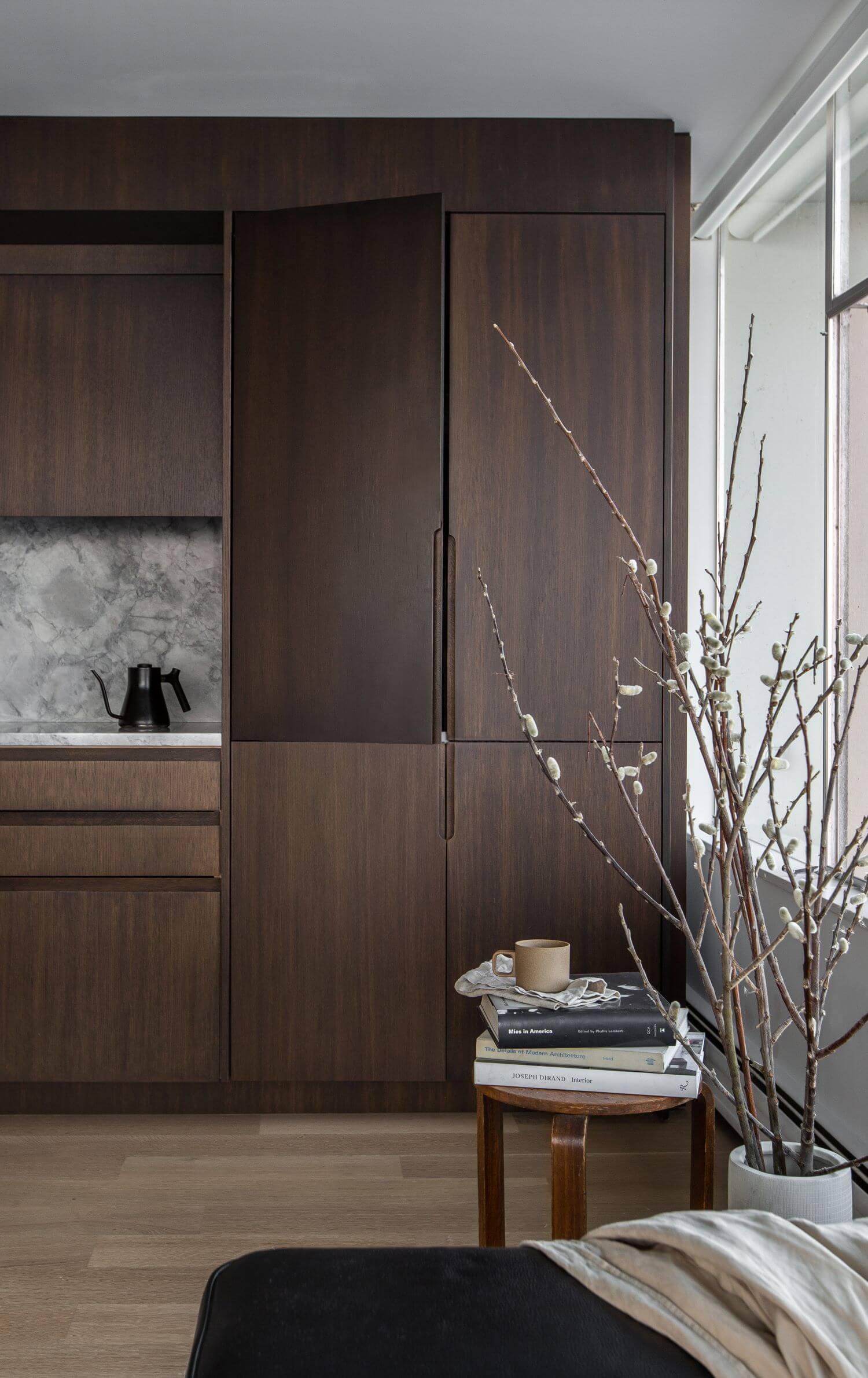 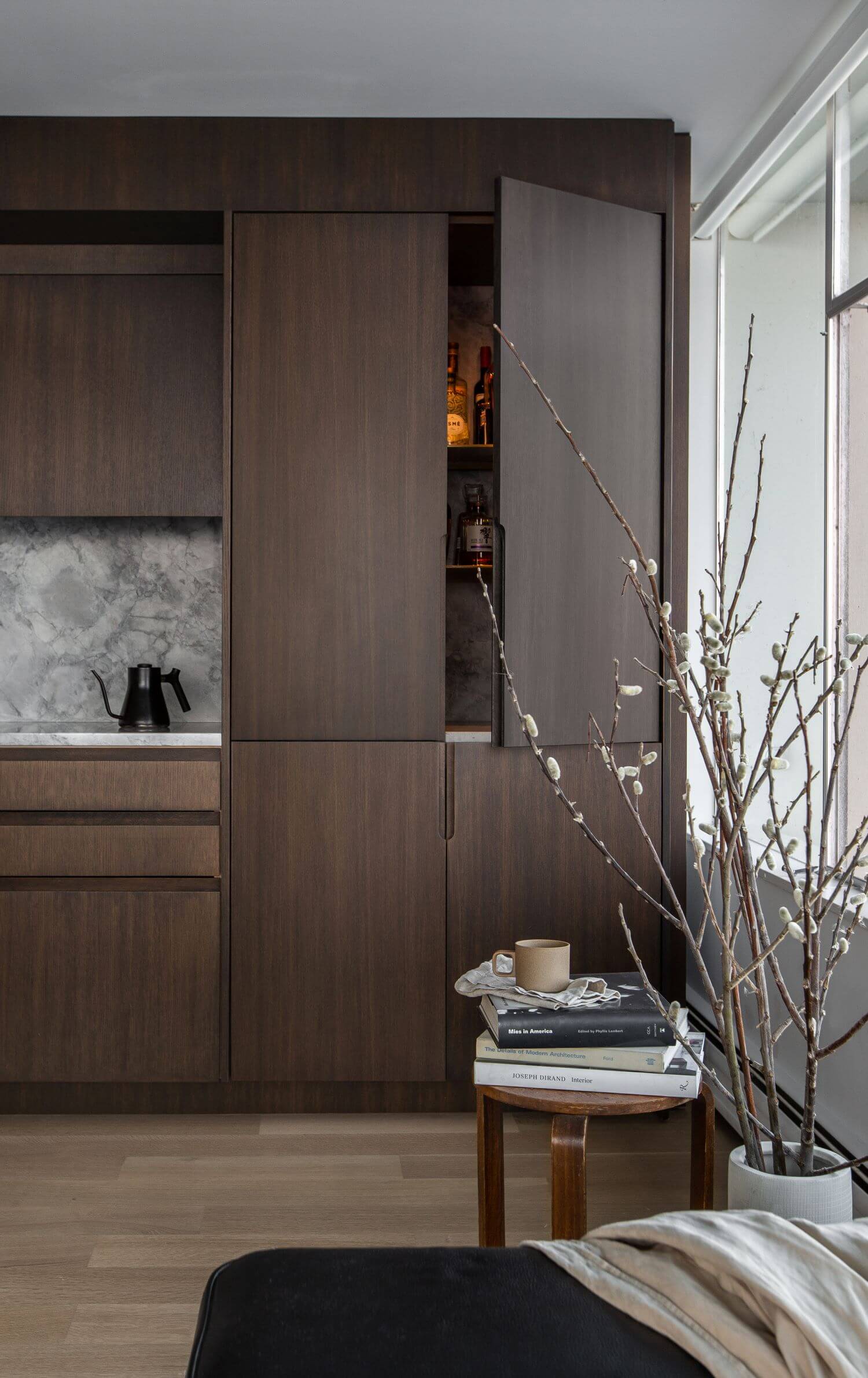 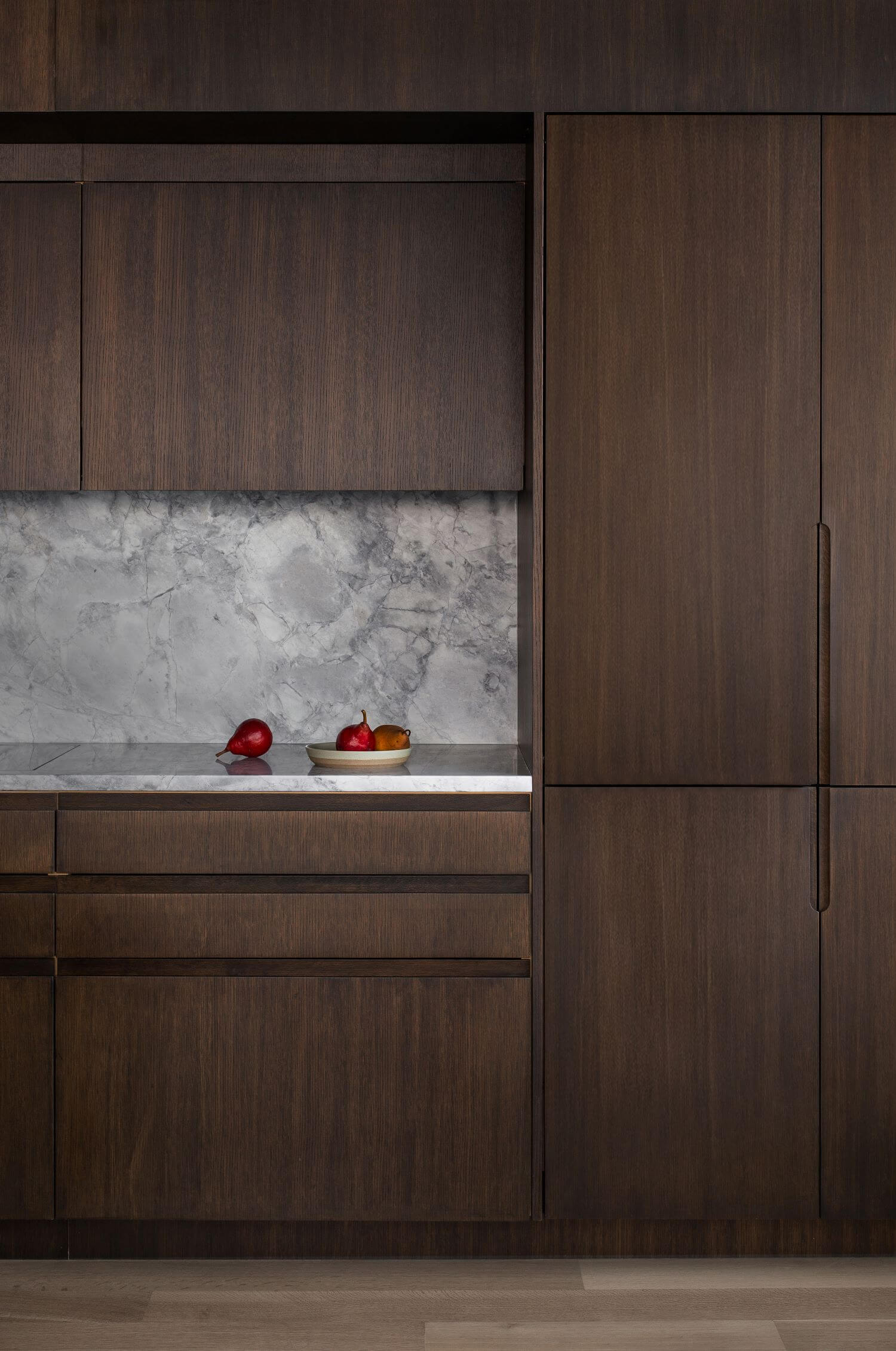 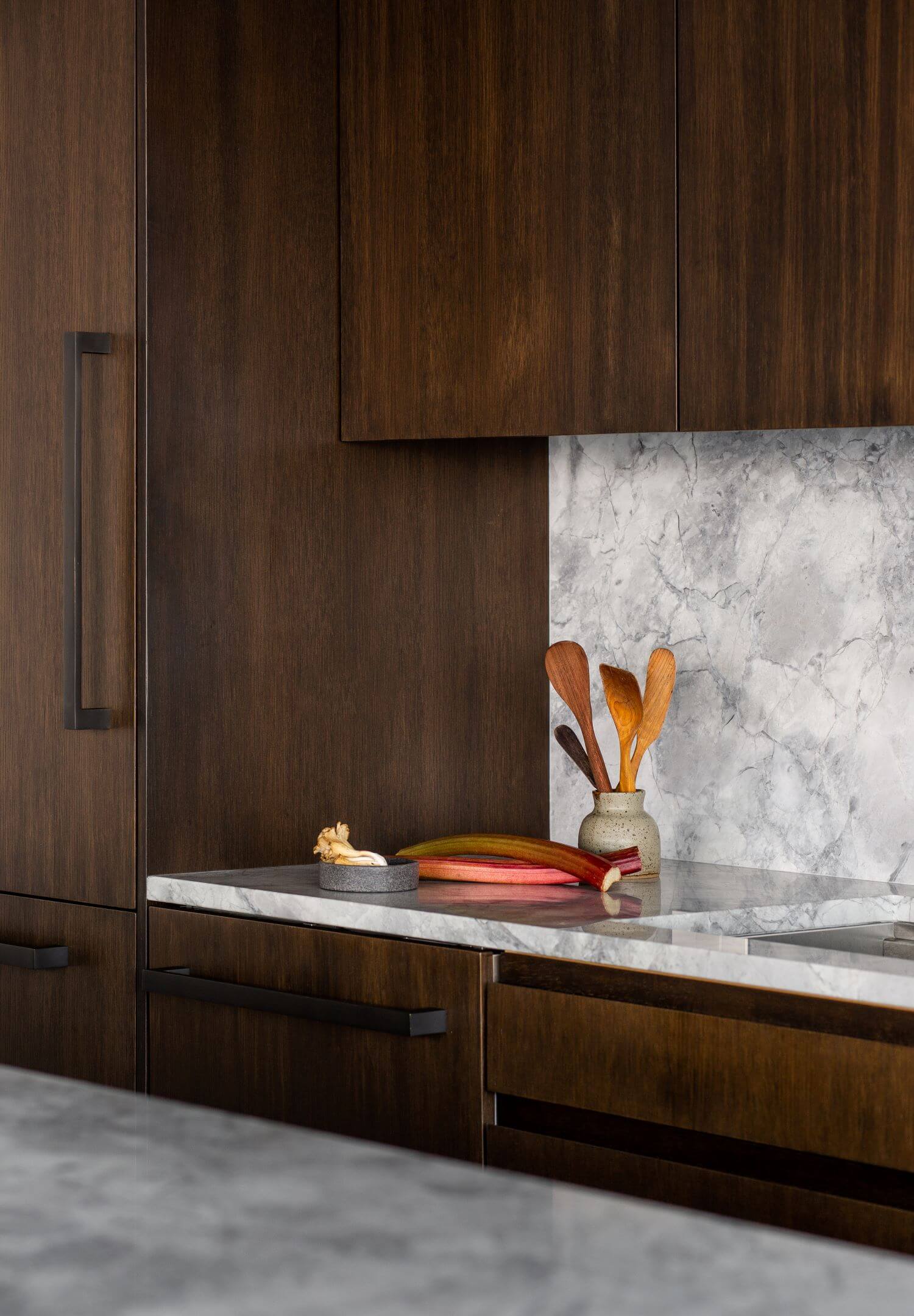 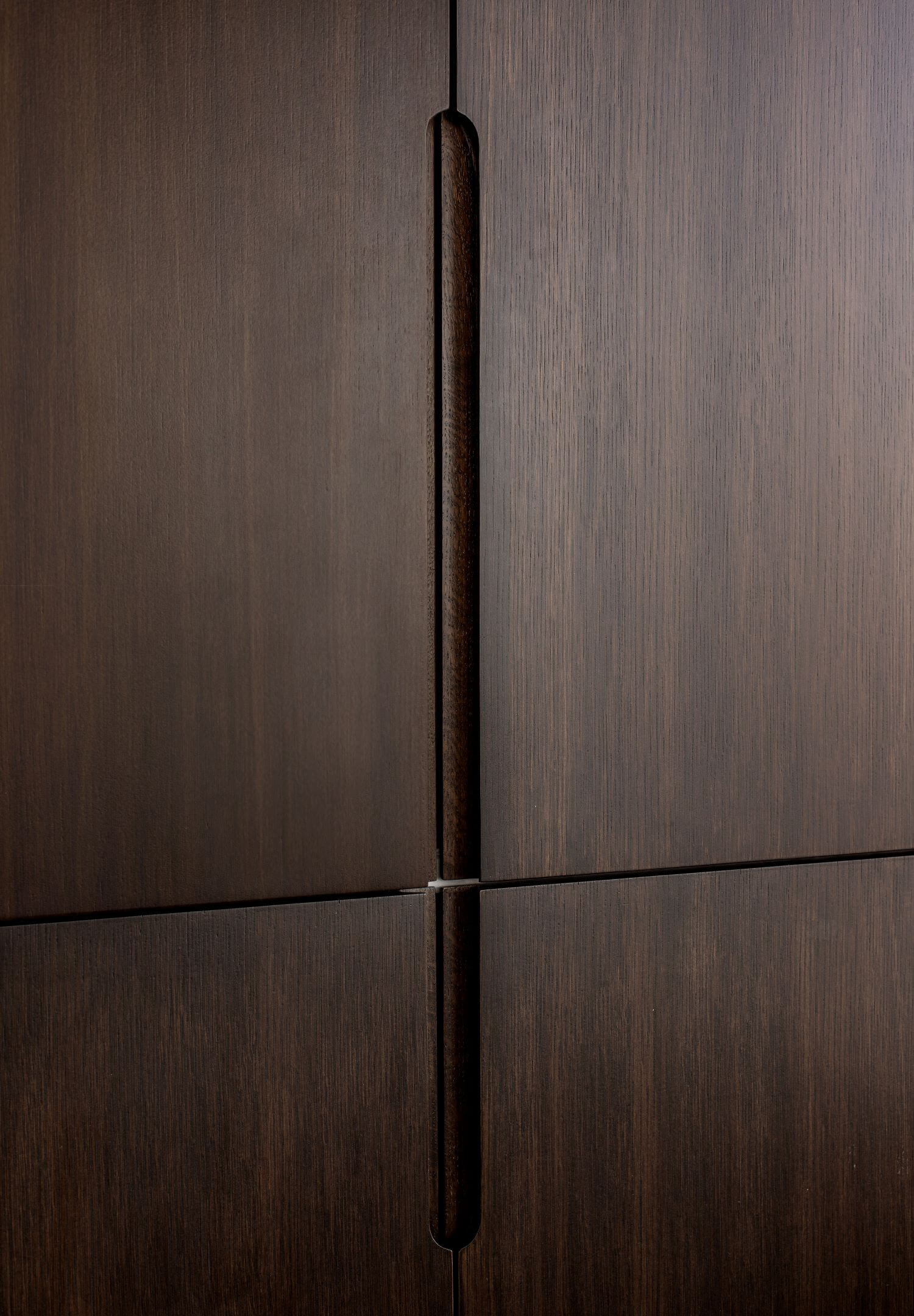 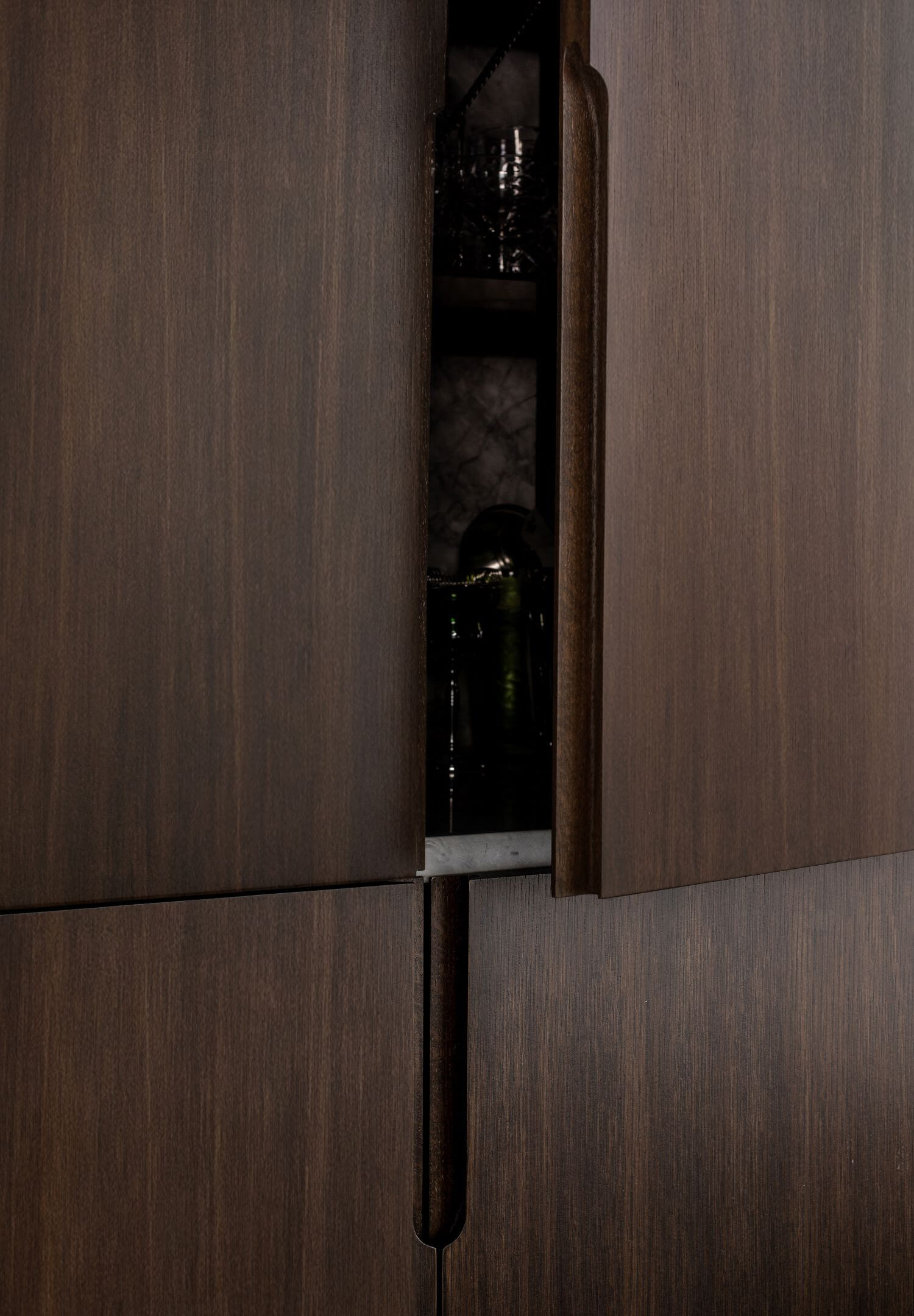 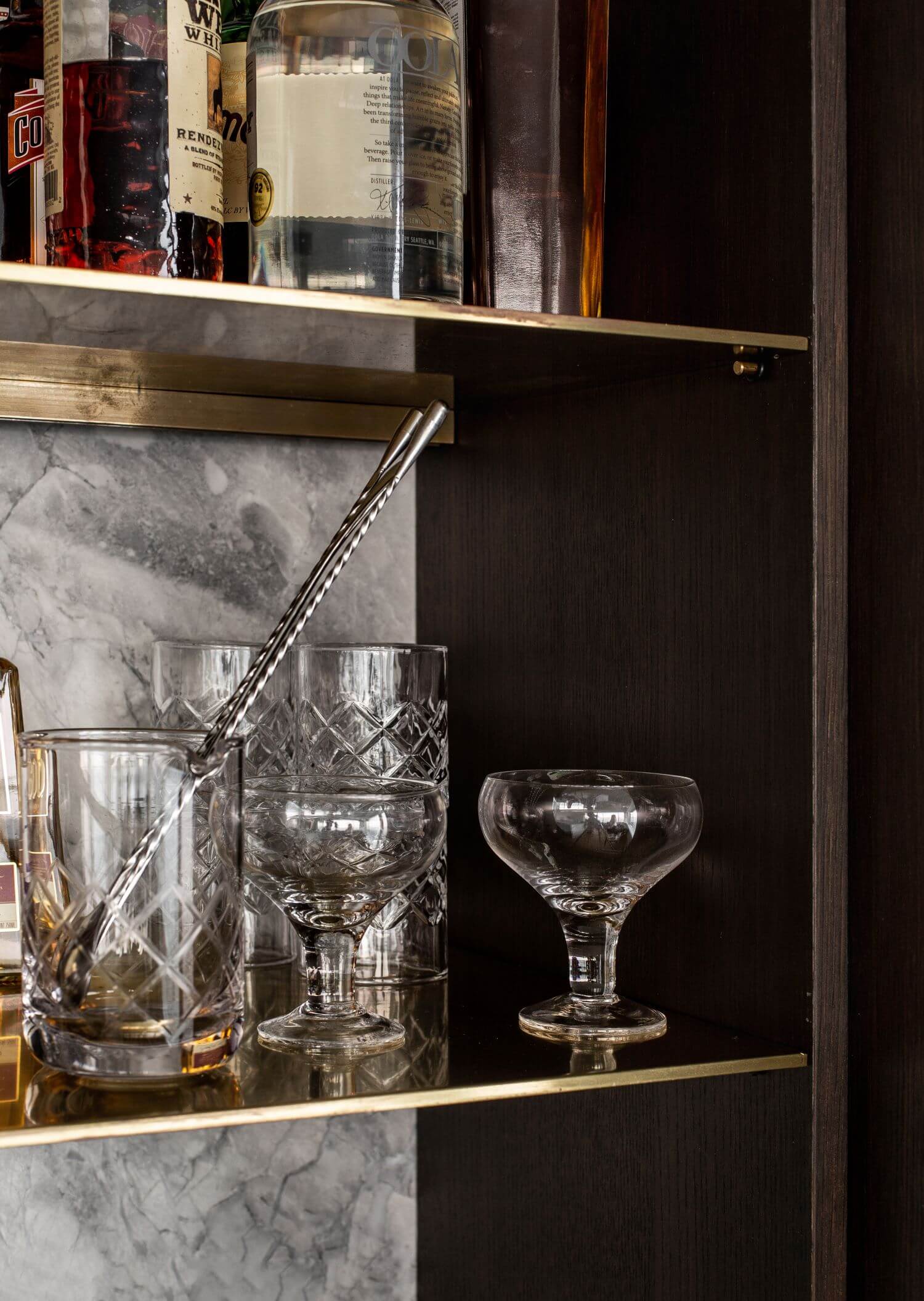 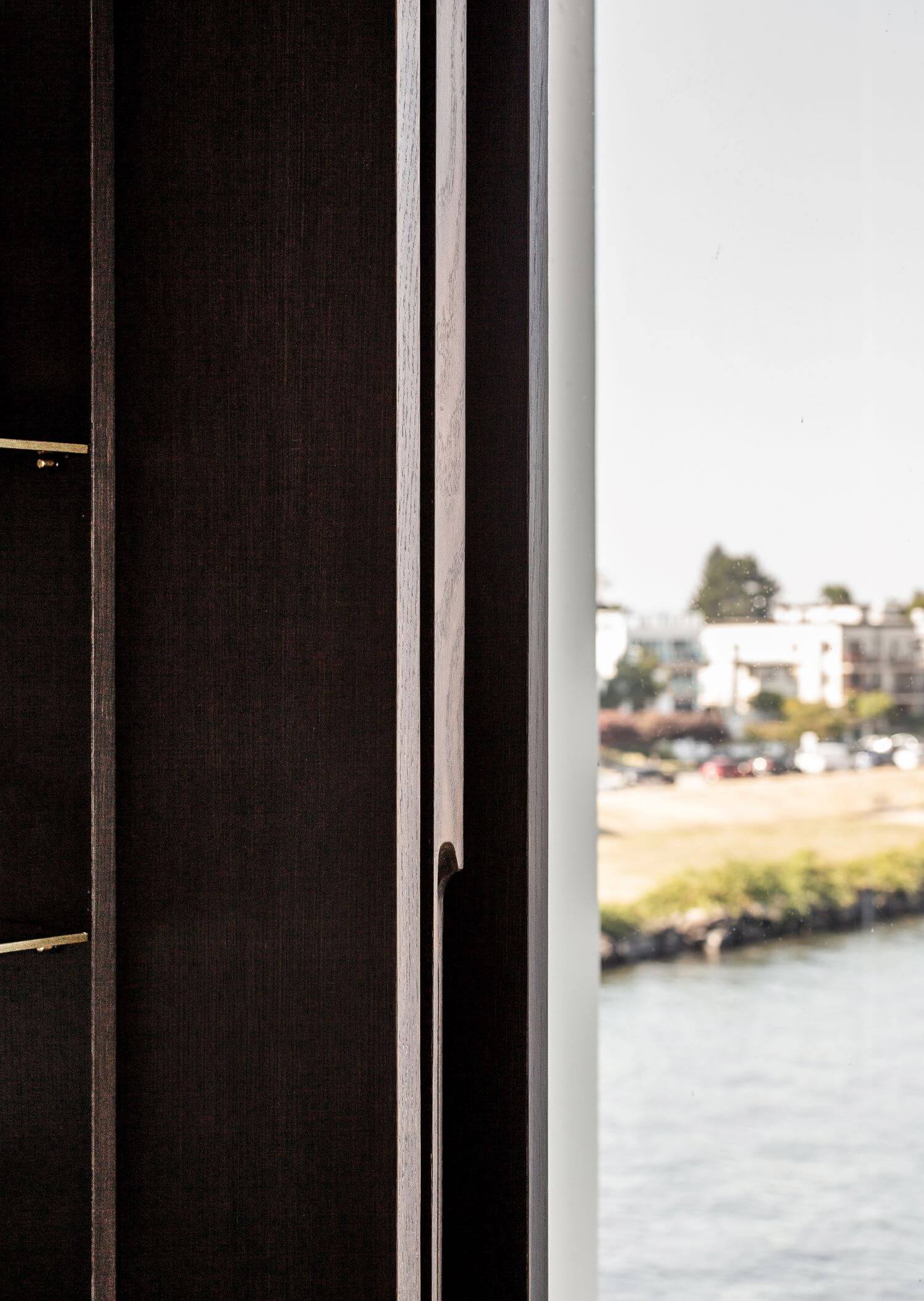 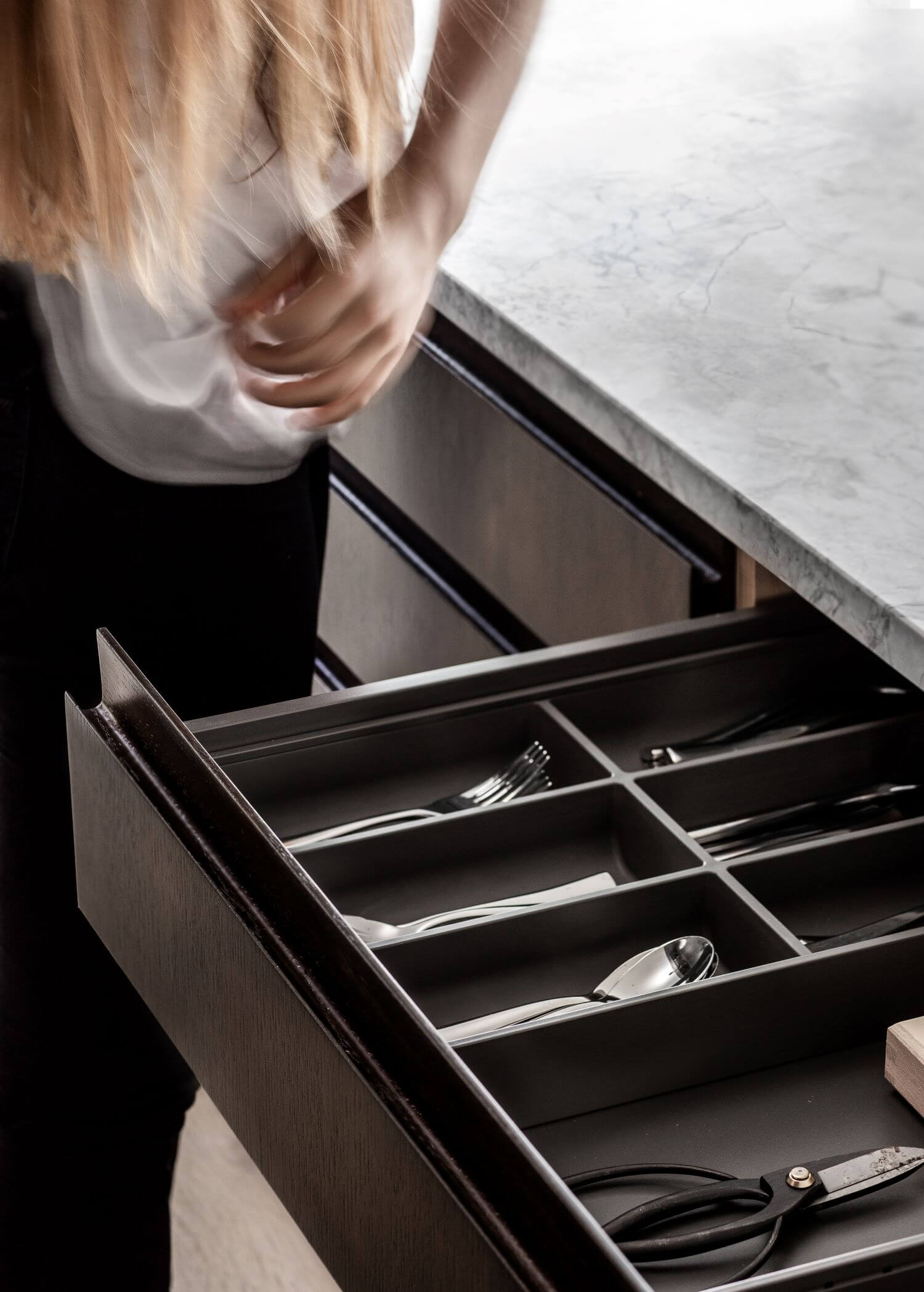 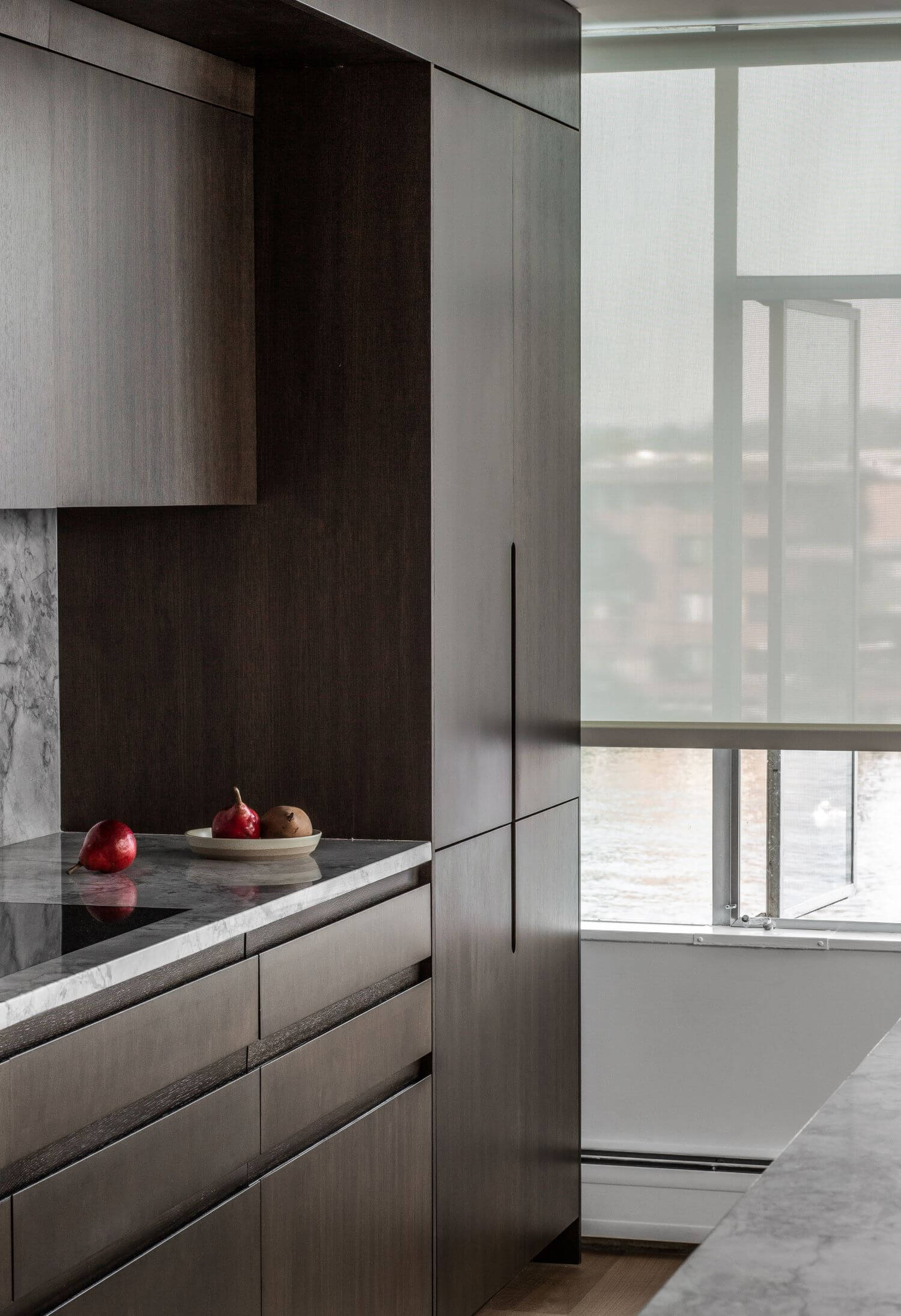 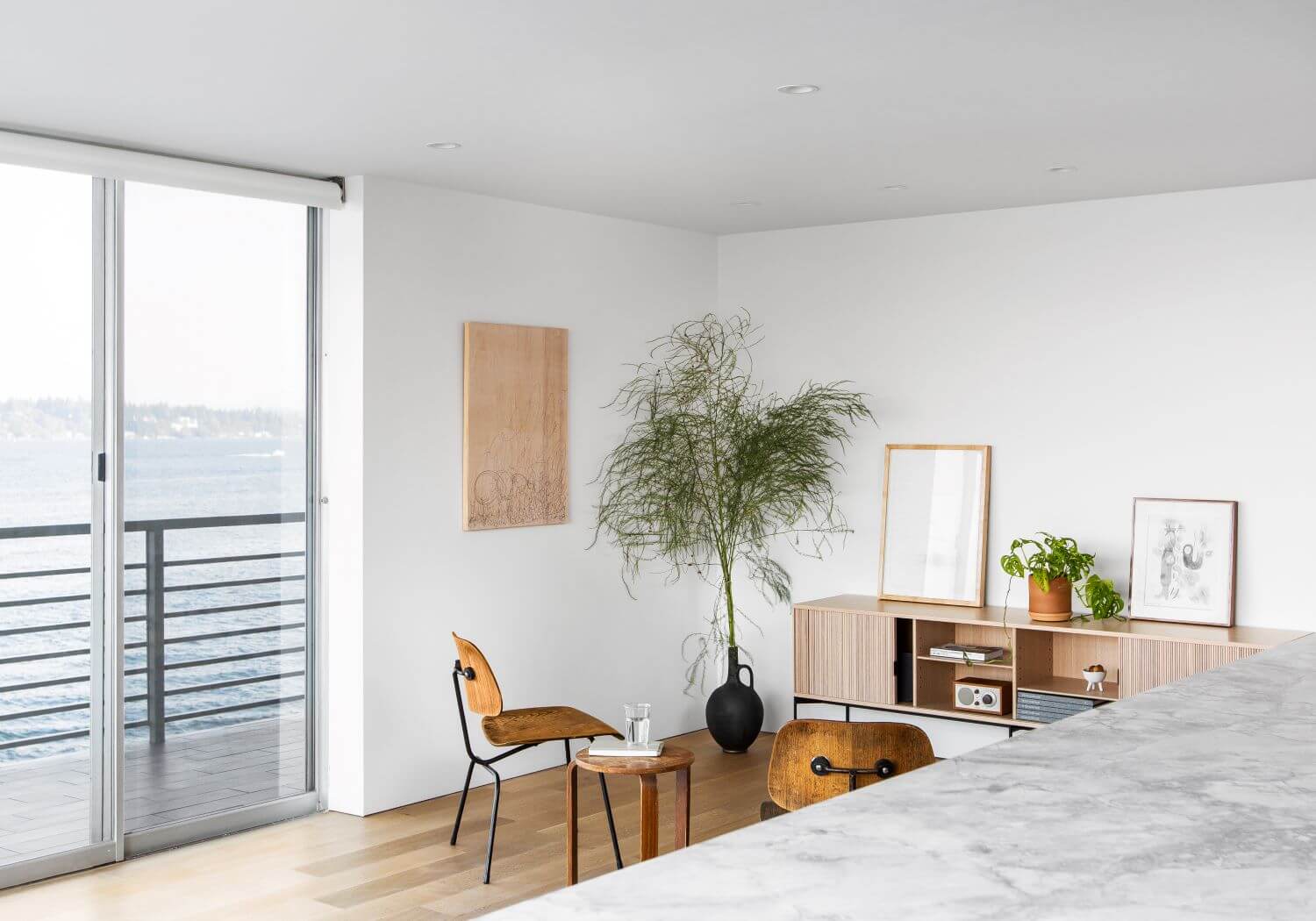 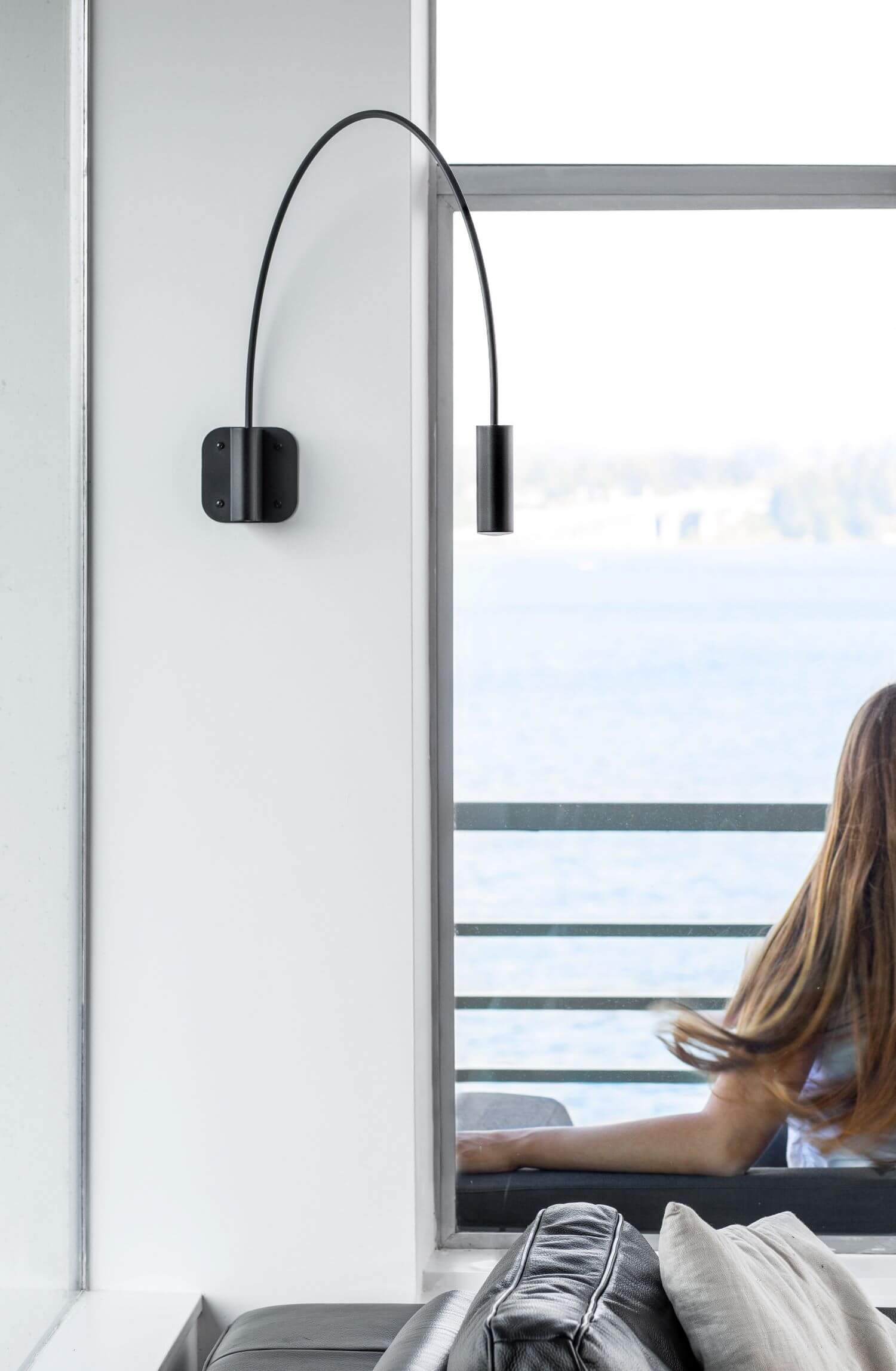 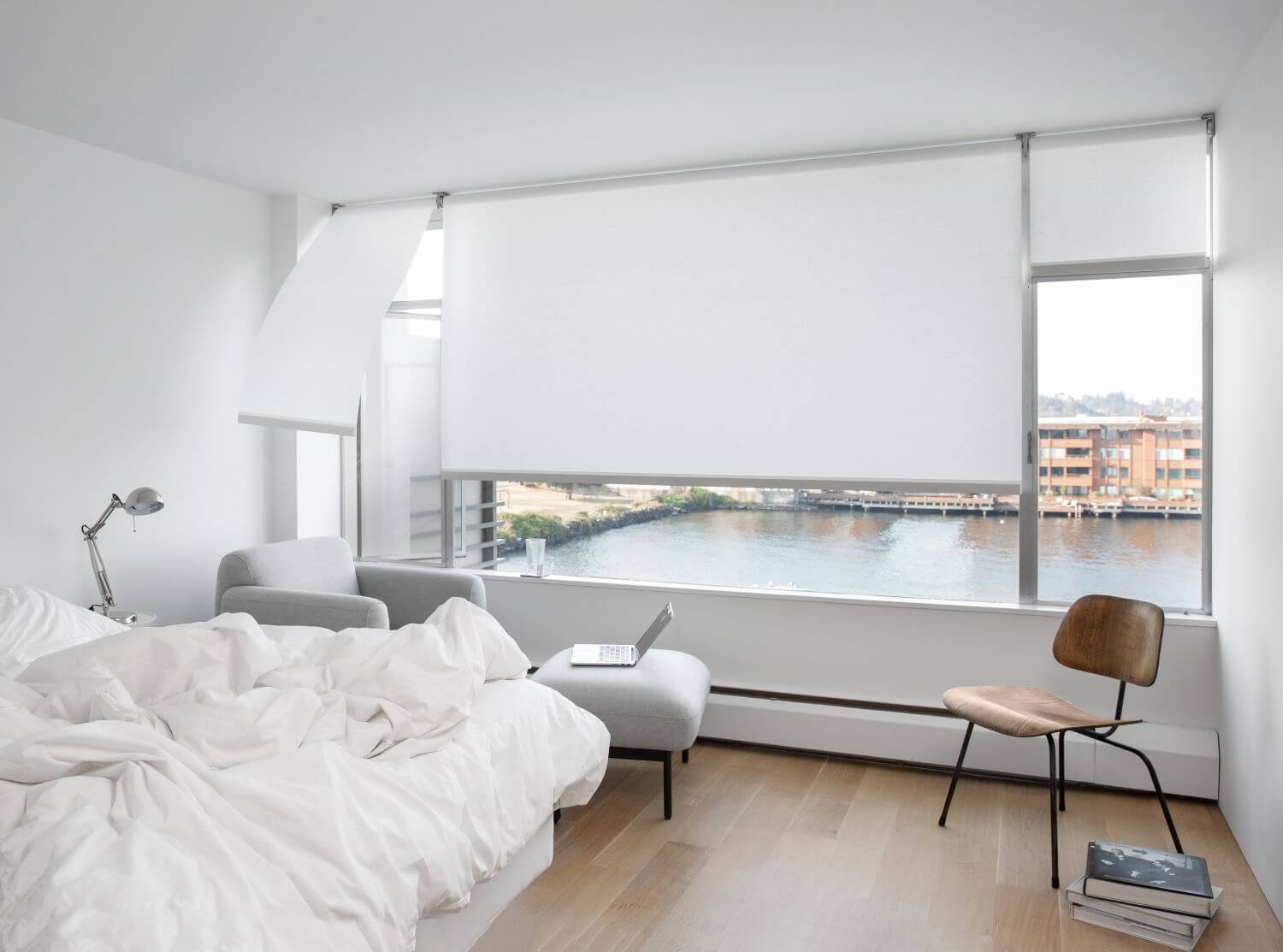 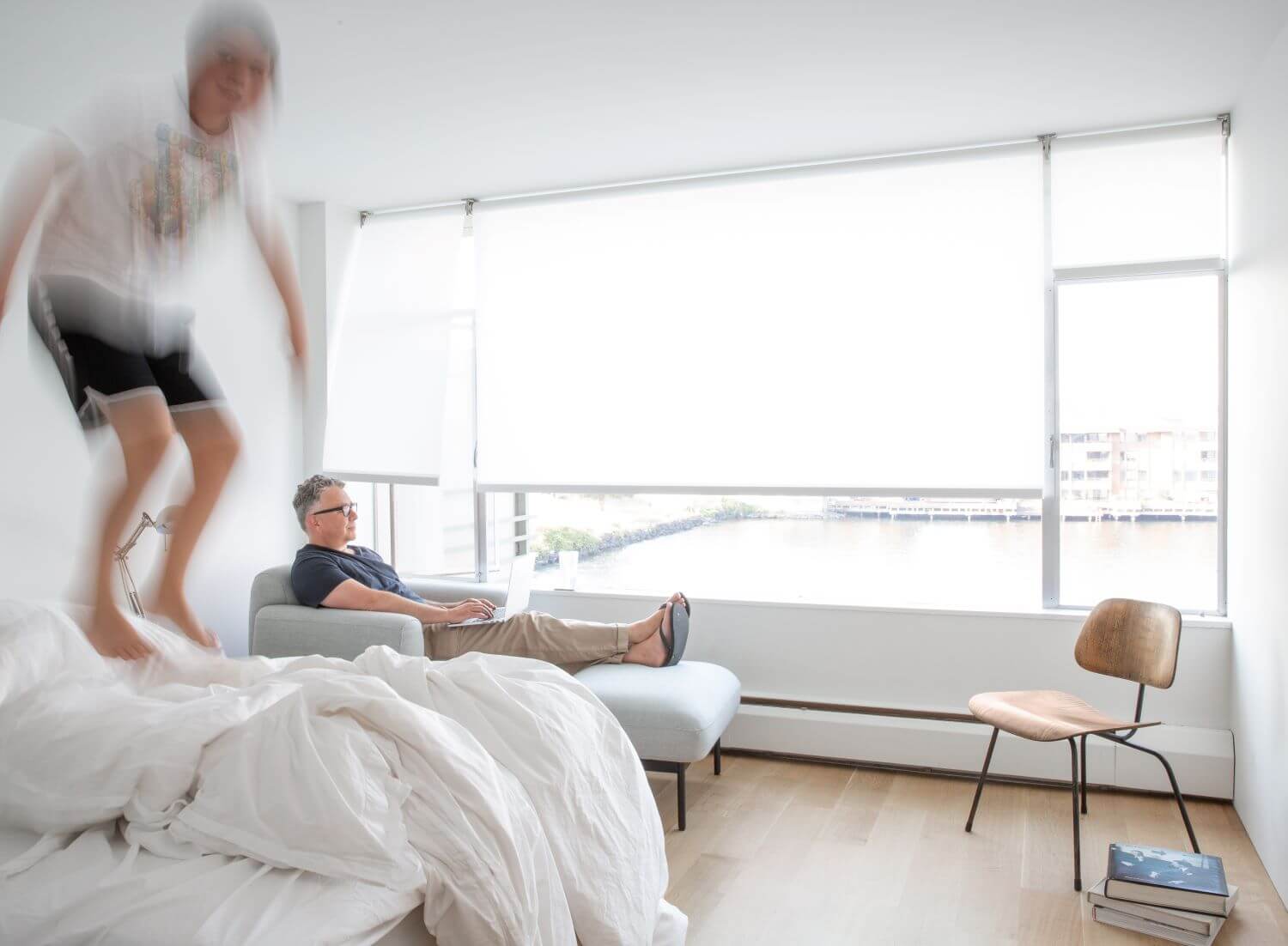 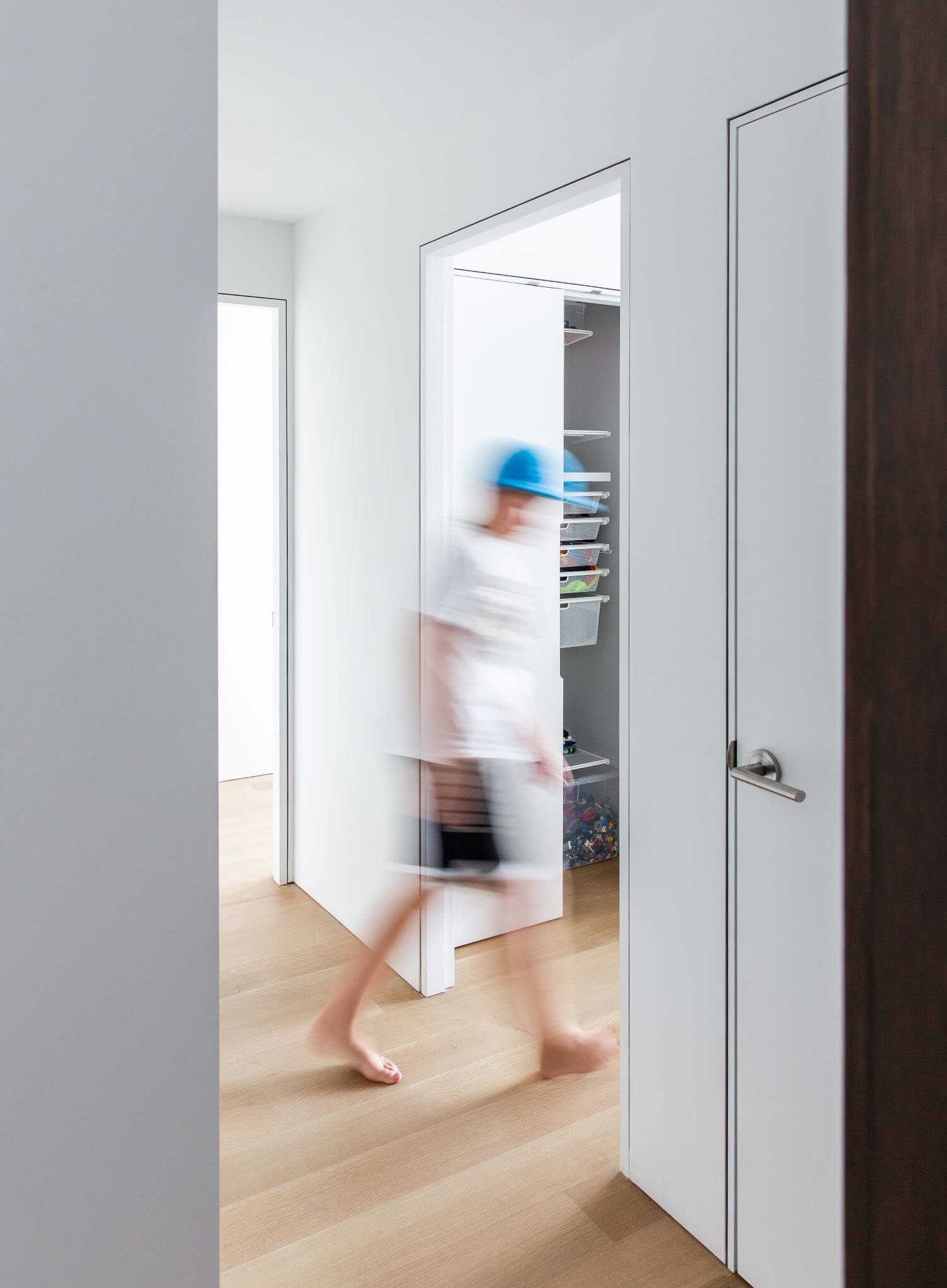 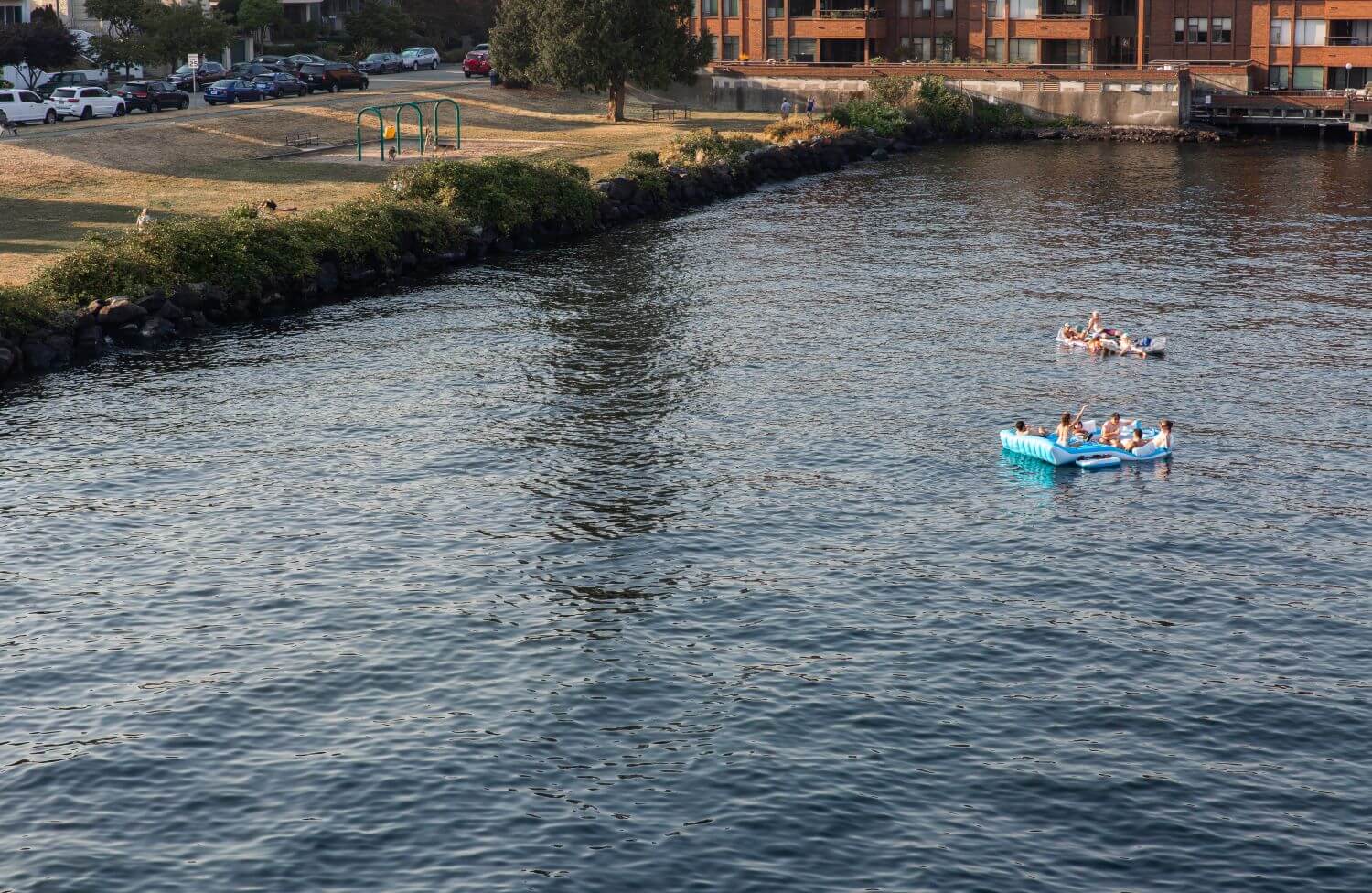 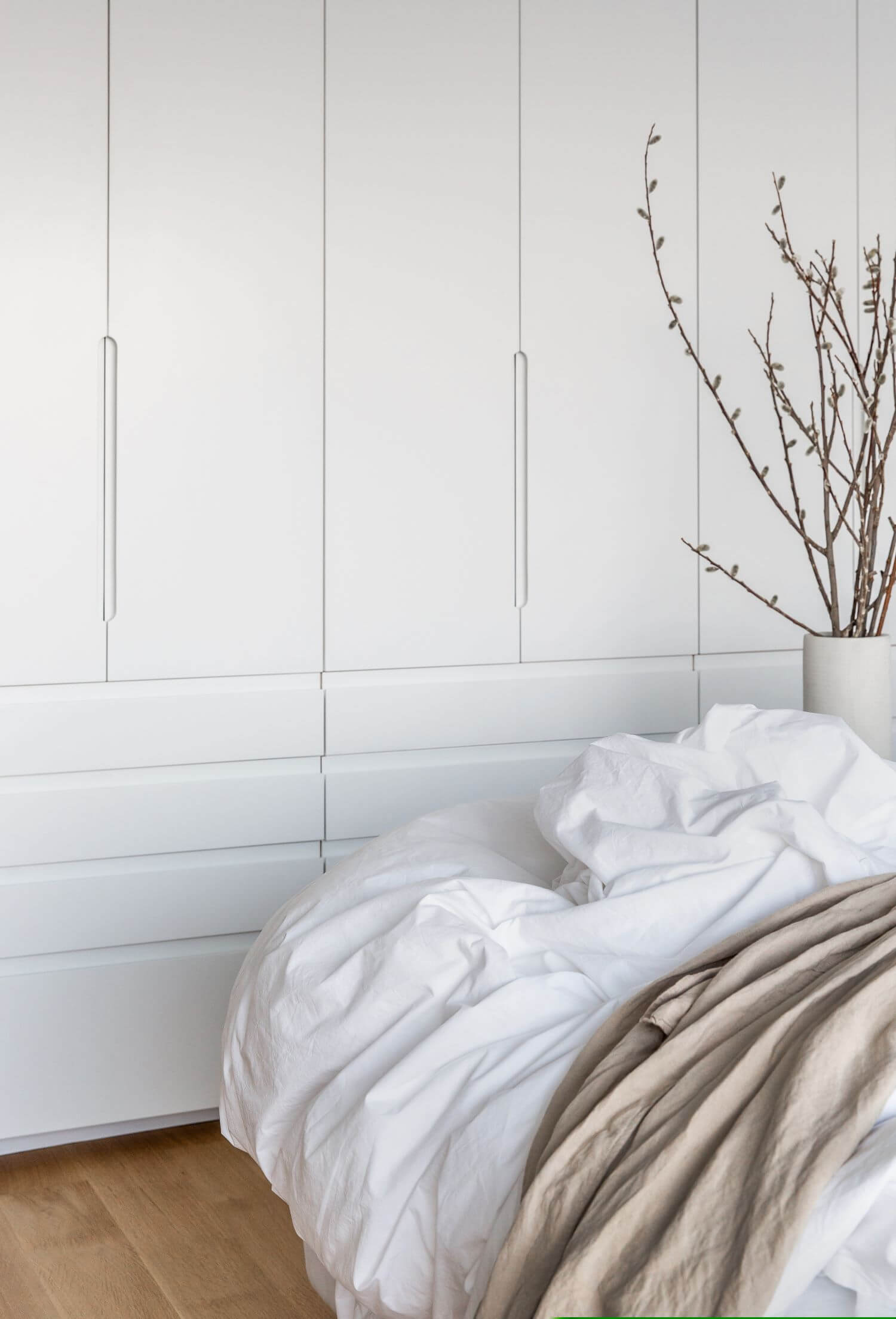 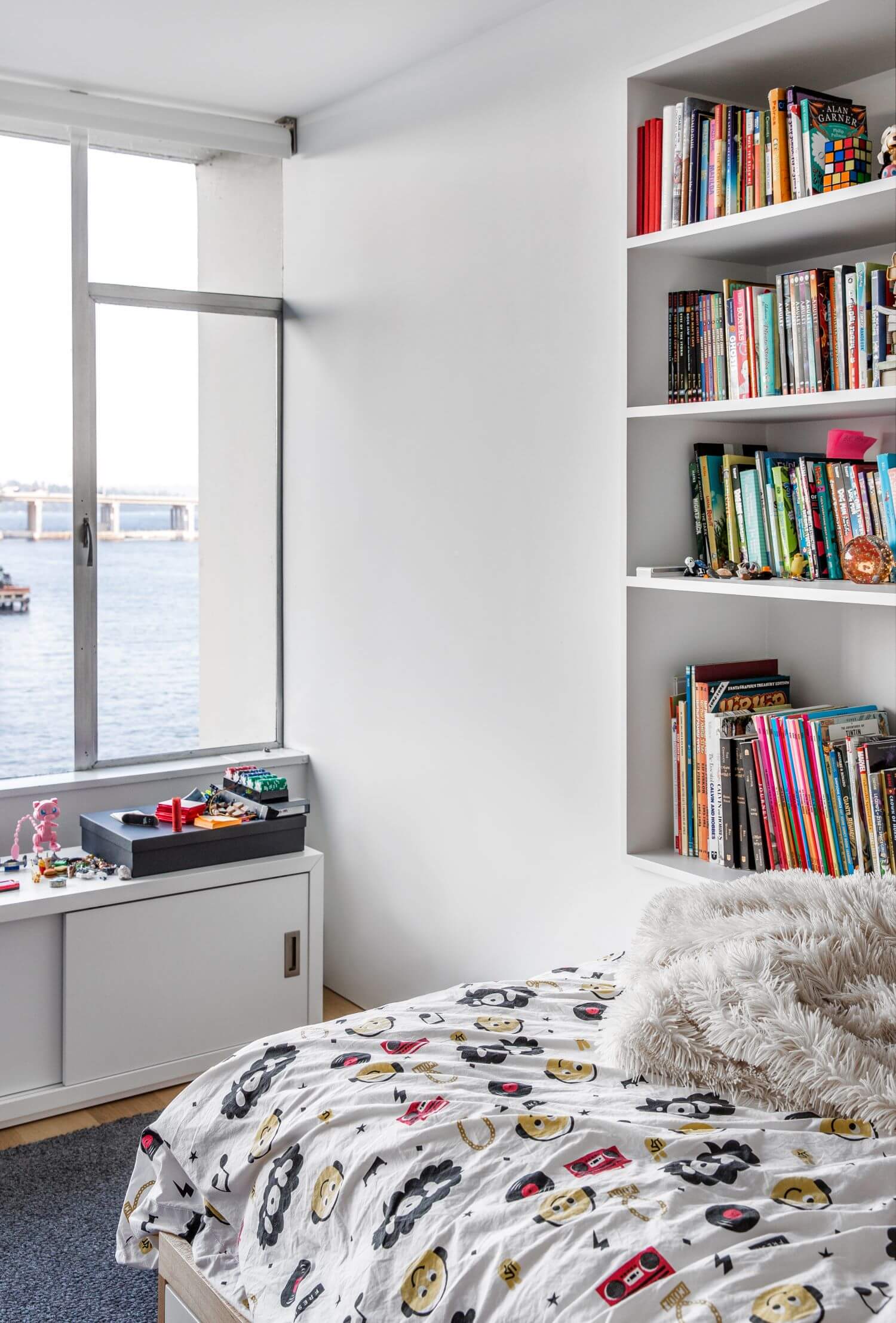 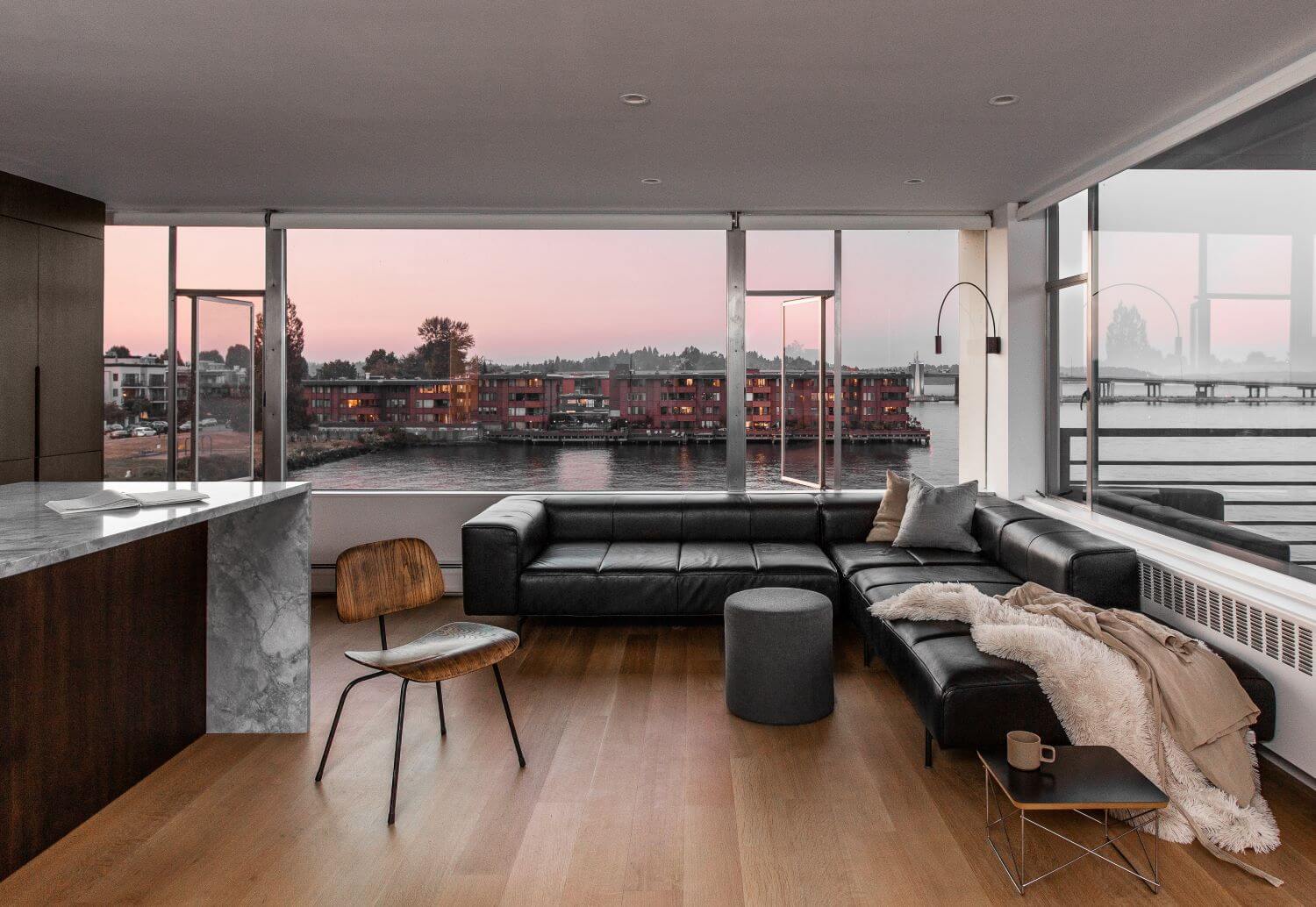 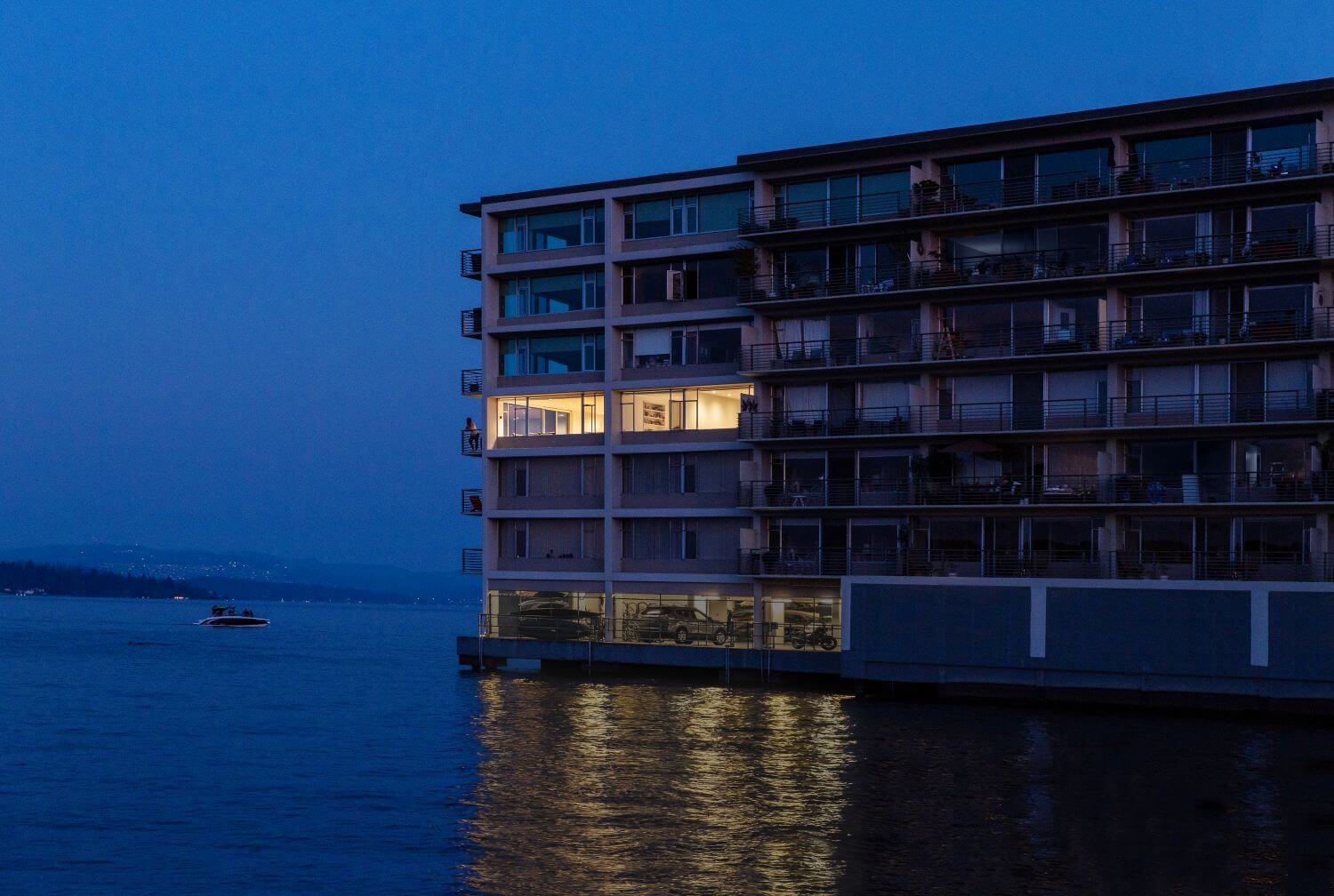 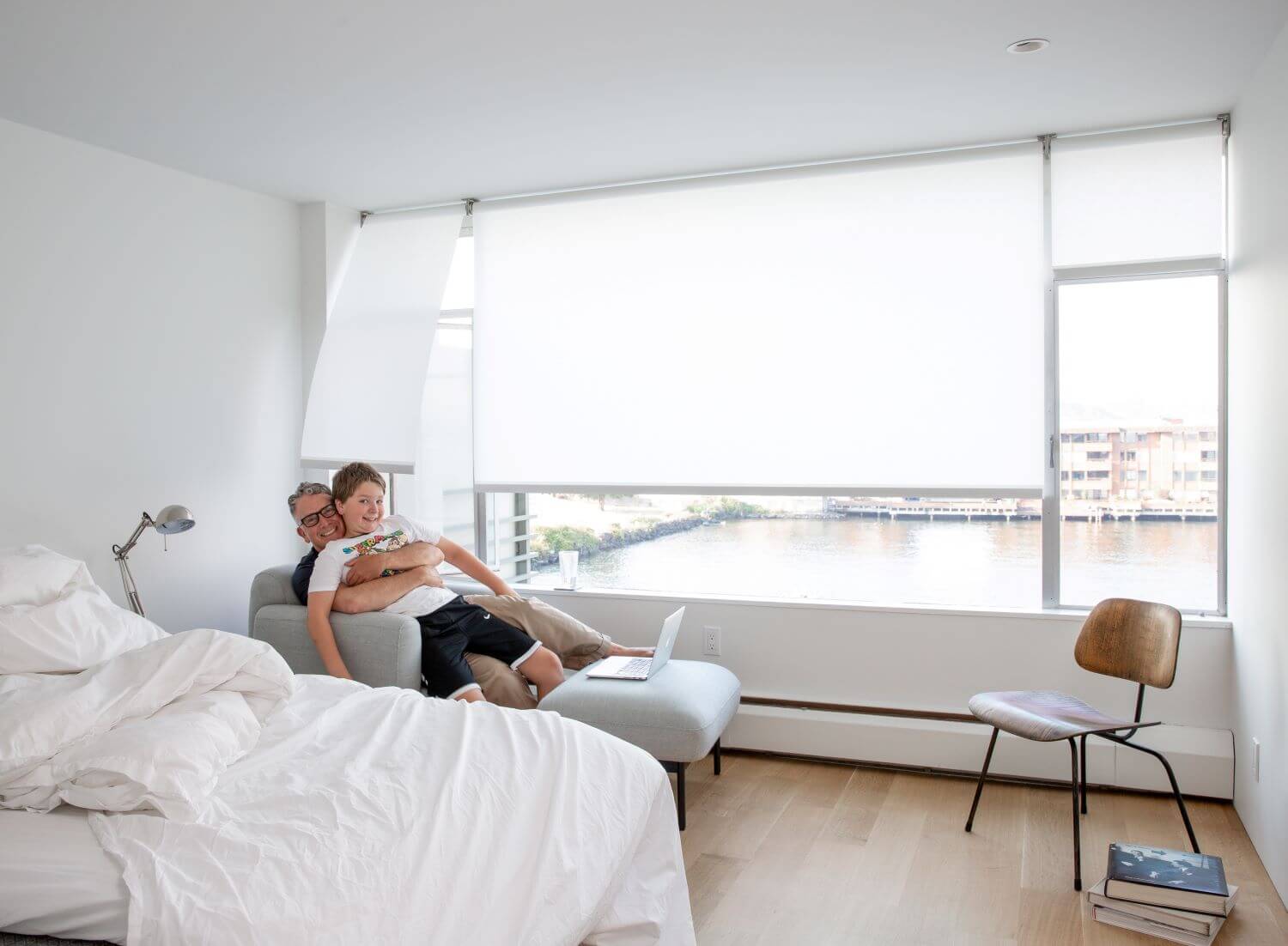 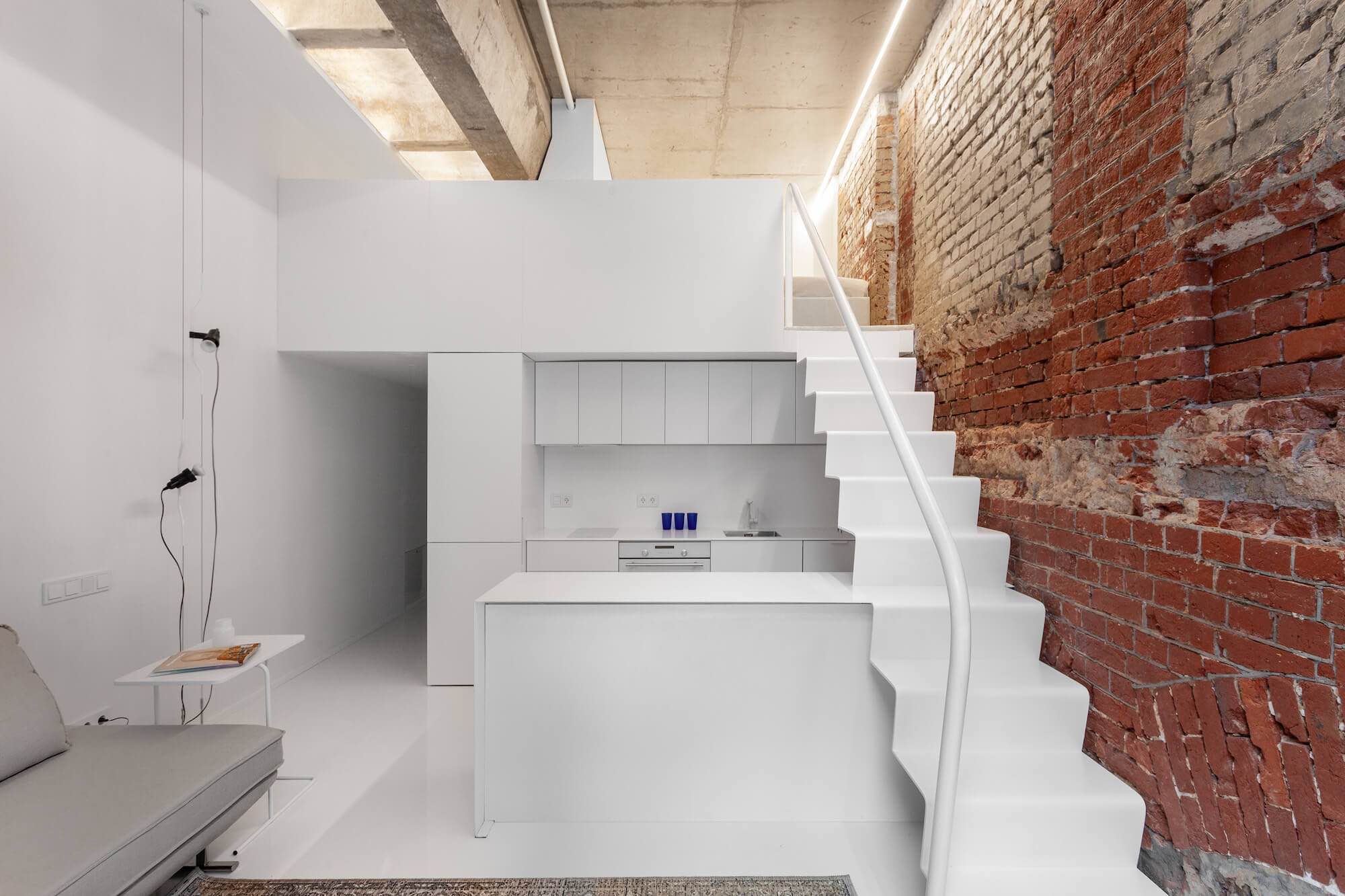 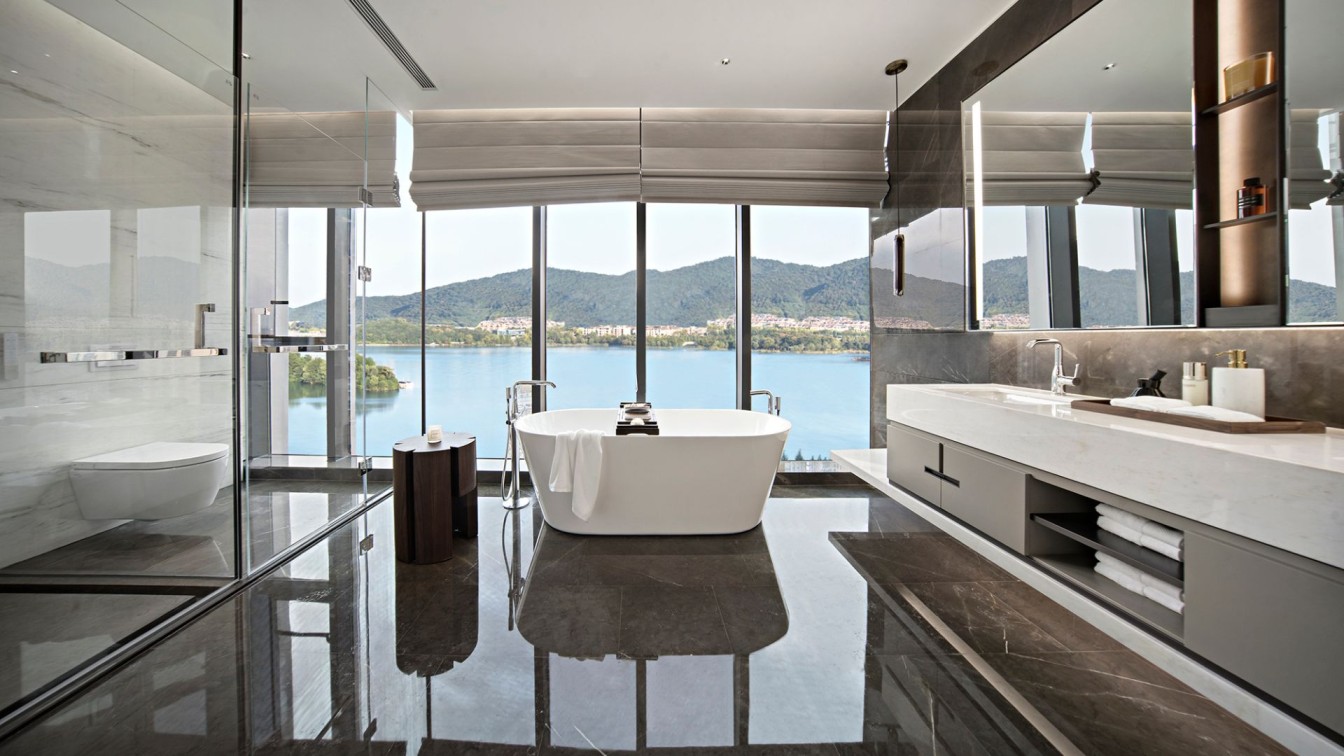 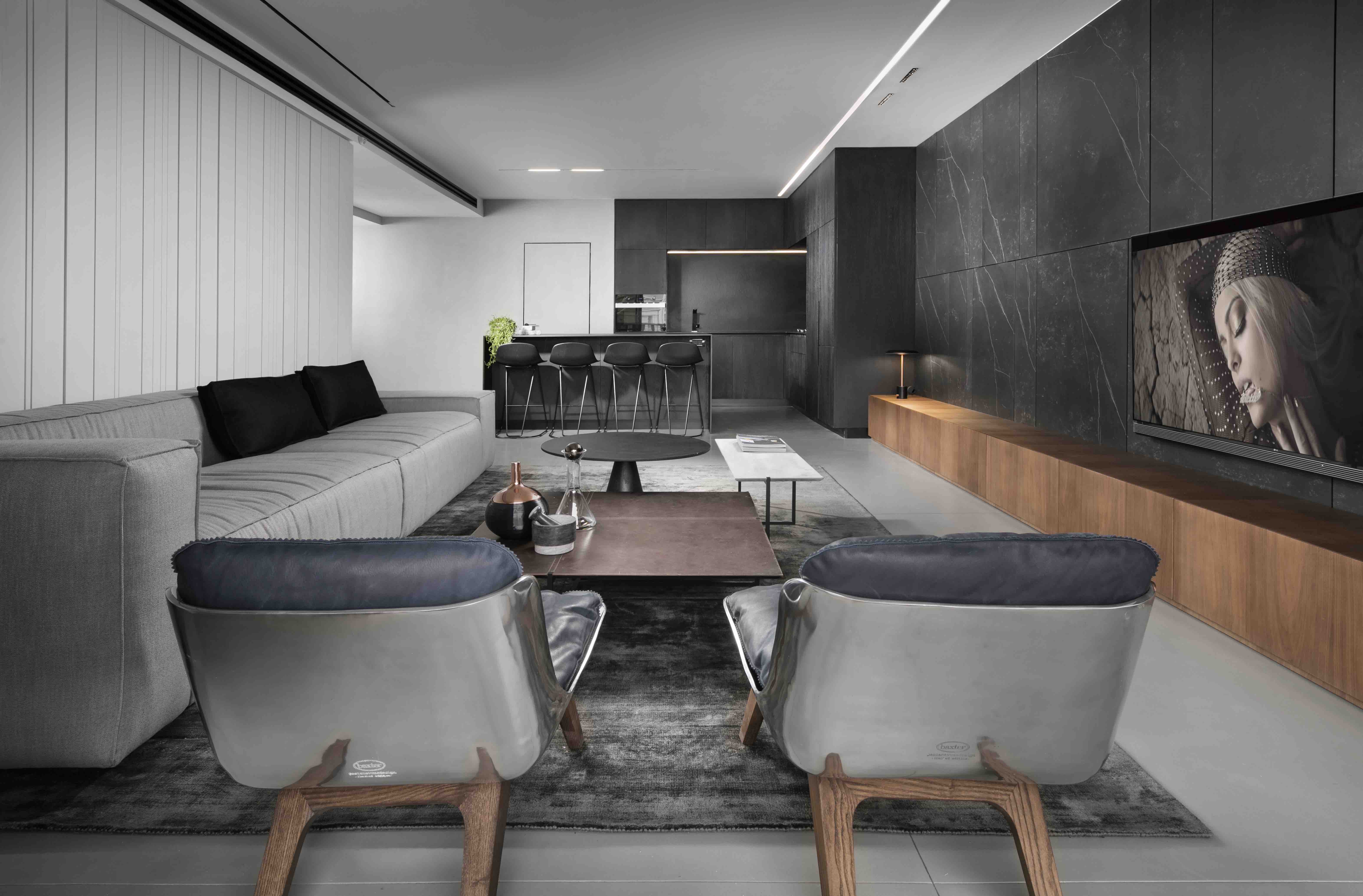 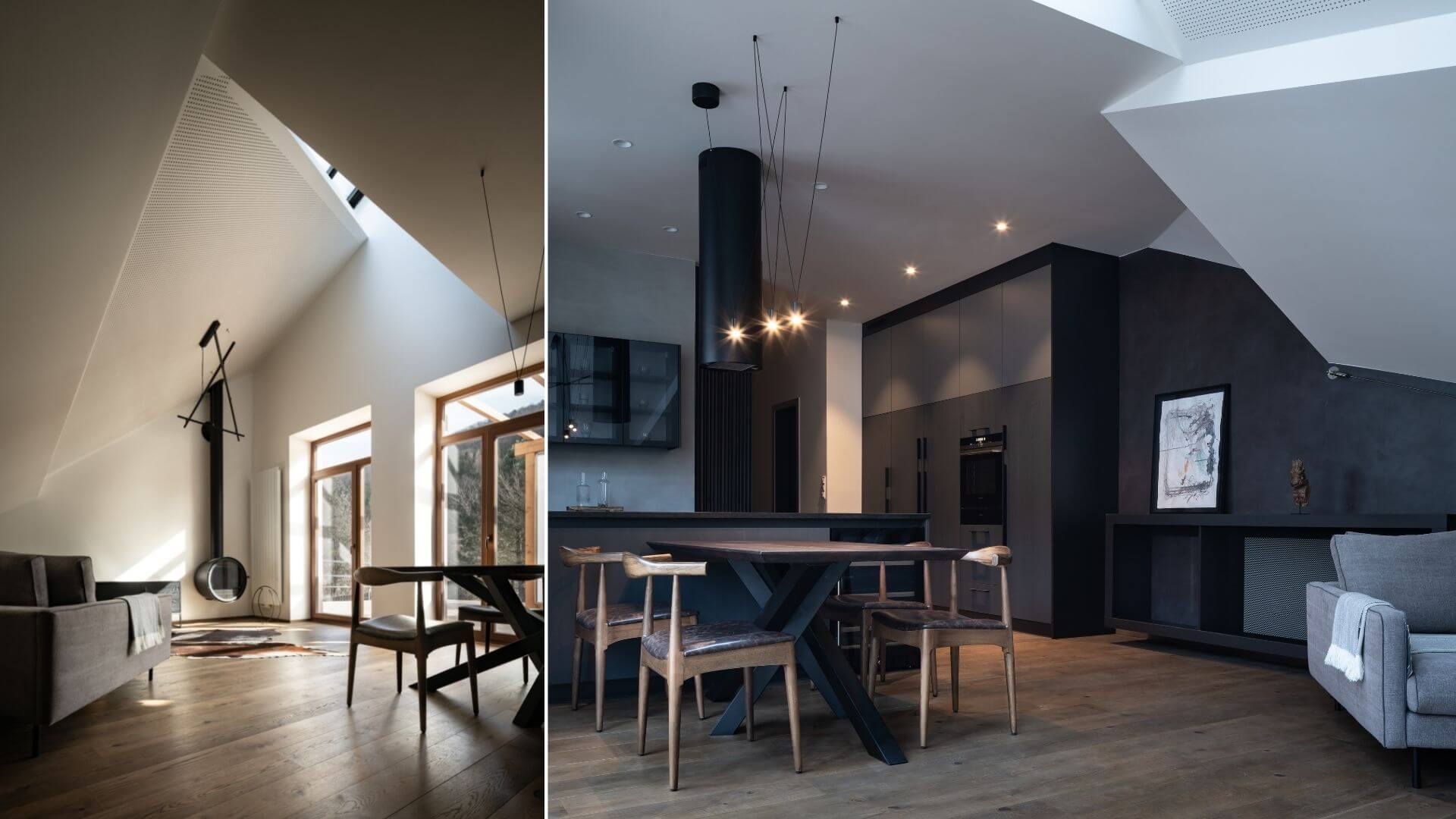