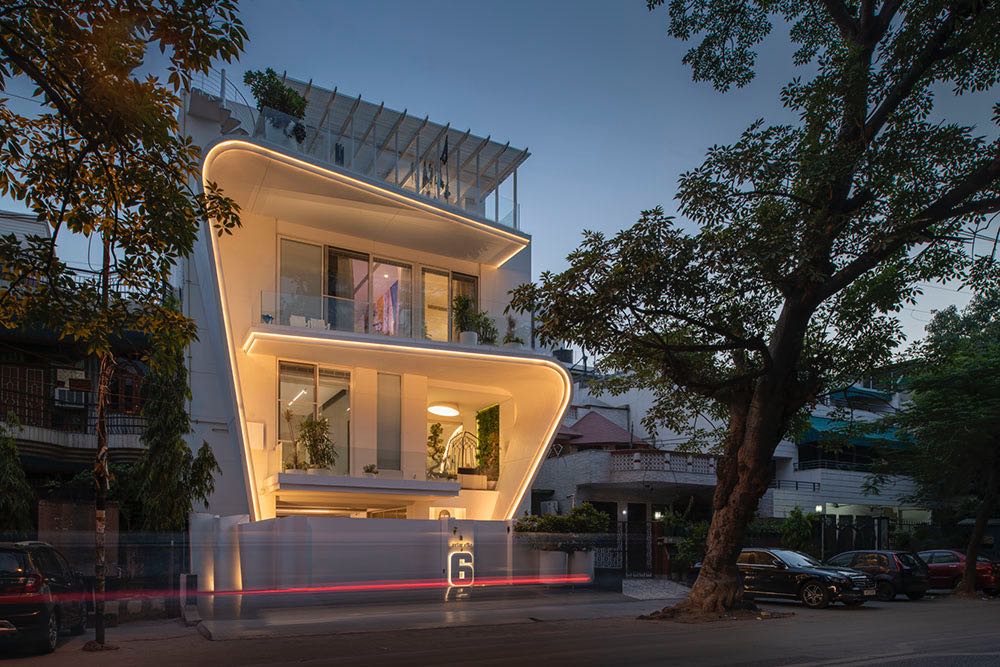 Archietct's statement: Uncluttered and monochromatic, a house that draws inspiration through a spirit of fun and playfulness, a fluidic form creating a sensation due to interplay of spaces and volumes, it invokes a constant human reaction to spatial relationships that distinguishes harmony from cacophony, that makes one bored with a perfectly cubic structures.

Avtar villa with curvilinear character, speaks of art, not only in the physical shape, size and mass of a work but also all the elements that contribute to the works of aesthetics of structure and composition.

The client lead an extremely active lives and wanted their home to be restful, not stimulating to eyes. In order to cater to the desires of the clients a modern minimalistic approach of design was followed with clear curves.

It was intended that the house would define itself against the existing fabric of the suburban blur. A curve also make a commentary on its location, in the bed of rectilinear forms, in a suburb of Delhi this curve exterior would act a landmark, was the designer’s inspiration. Also creating a soothing effect and initiating a space that has a timeless aesthetic.

White exterior and interior would act in the favour of the designer as the colour is associated with openness, purity and sterile. So the interior white walls technically made the space look bigger, to give the space grandeur feeling.

The house is an example of modern architecture using materials such as white corian and glass in the exterior. The designer’s bent toward modern architecture is strongly reflected in the design of Avtar villa particularly in the interior spaces which pay strong emphasis on the harmony of music which is frozen as put into architecture and a space.

The interior walls hold the music with fluidity and grandness. The white color of the interior makes the music peaceful and serine which is flowing throughout and making the divided floors look one. The double height on one side hold this music and the other side holds a mirror to repeat the same fluidity. Harmony can be a balance in a musical work or it can also be balance of a part to a whole. In architecture the way we used it here different materials and design in a space together to become on unified space. Proportions have a major role to play in both fields of creativity as proper intervals in the music makes it soulful and same in case of proportions in architecture should be balanced so that it is pleasing to the eyes. The two circles, one connecting the first and second floor, and the other connecting stilt and ground floor in balanced Proportions is the factor in the house which makes it a treat to the eyes. 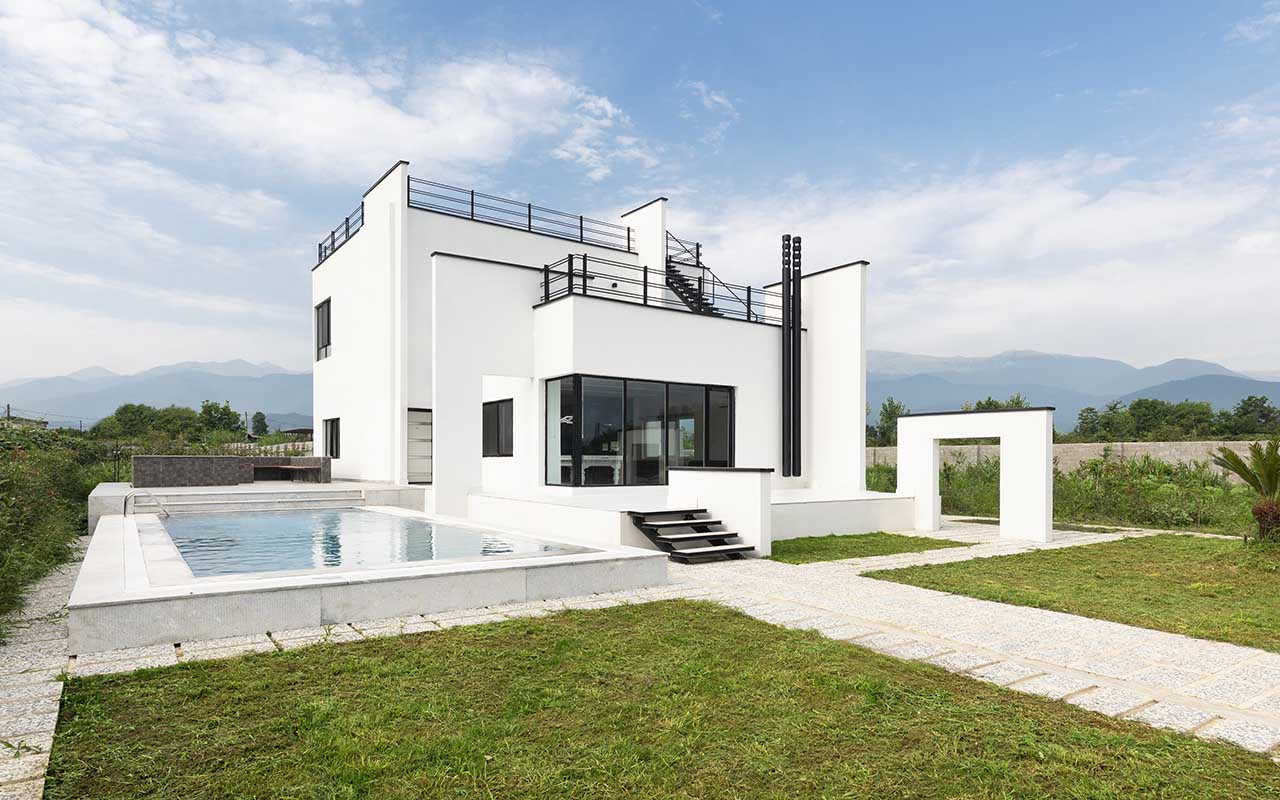 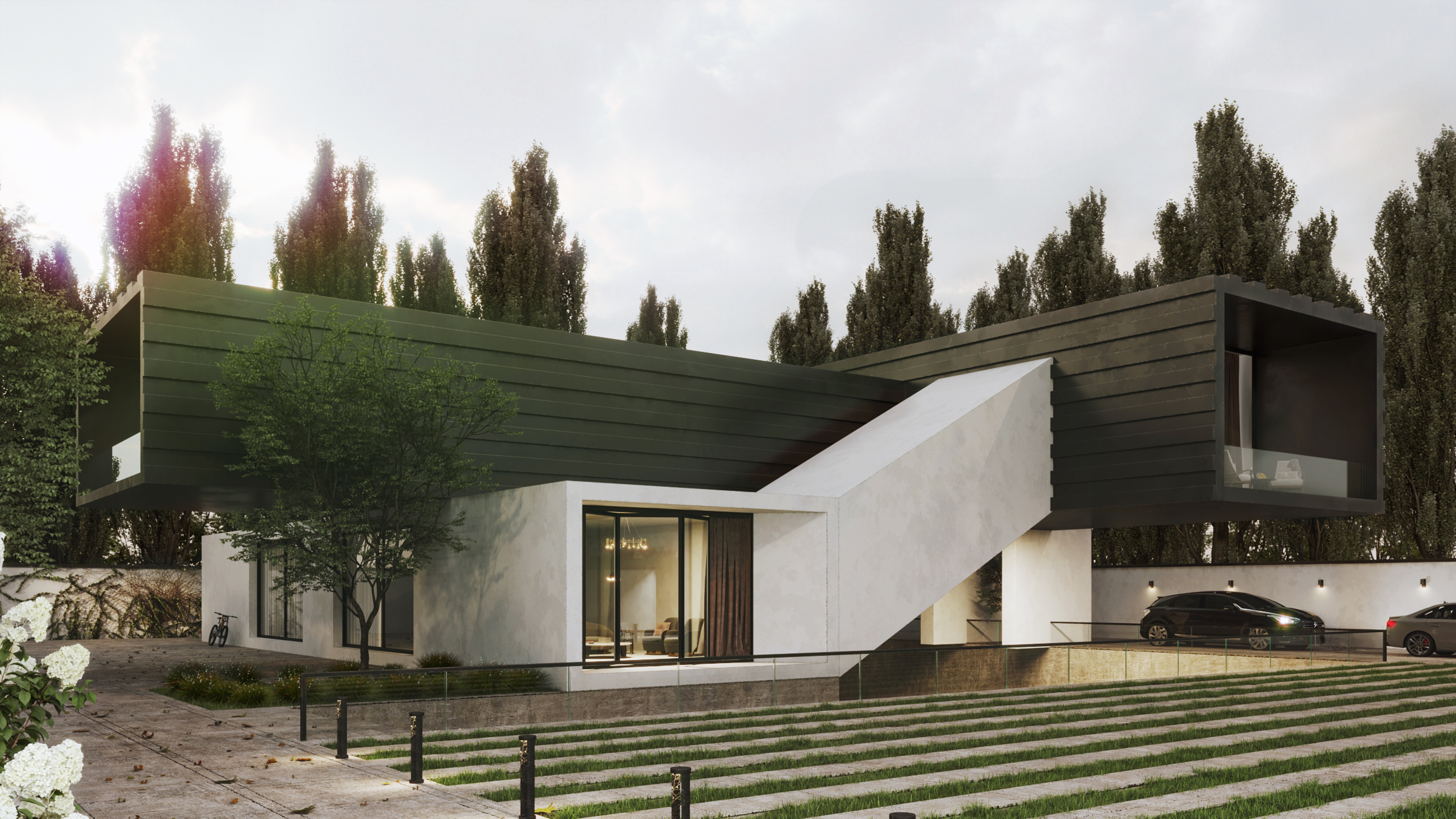 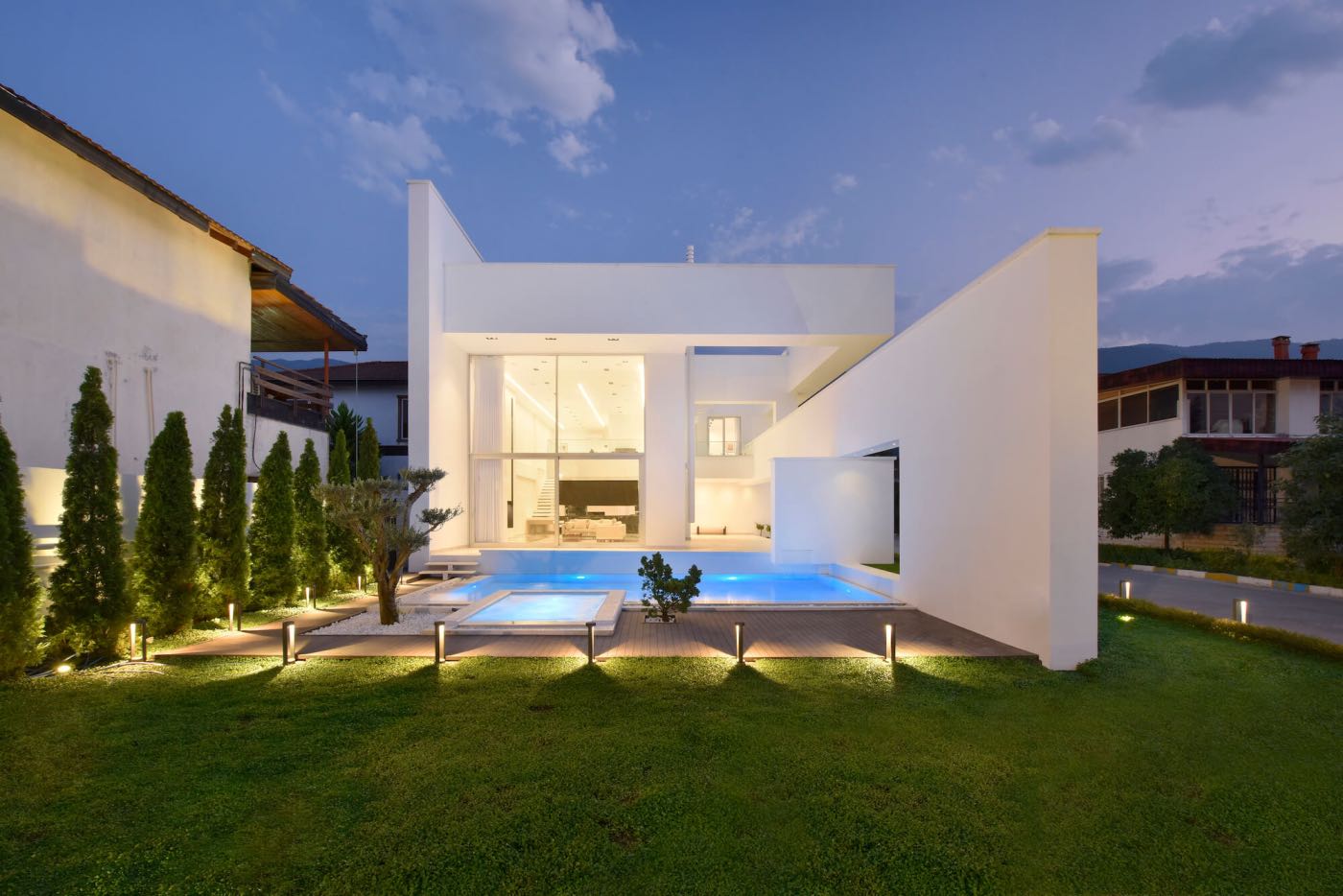