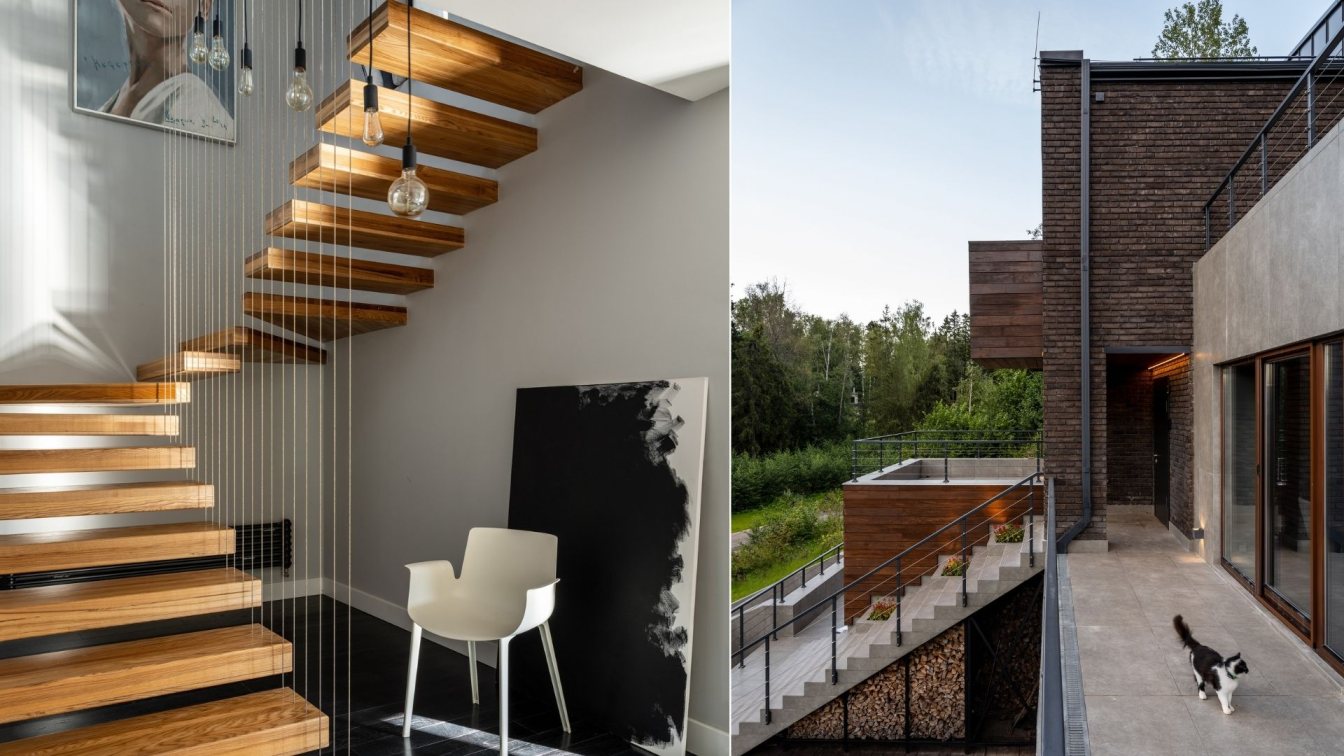 Architectural bureau ab2.0: The house in a private cottage village in the Moscow region is a project designed with the minimalist approach, organically complemented by oriental notes. It was developed and implemented considering not only the wishes of the client, but also the natural landscape’s peculiarities. The house is located on a plot of land with a non-standard relief - a steep slope of a wooded ravine, with the height difference up to 12 metres. The client chose this place for a reason: the landscape reminded him of the canyons and hills of Bali, where he loves to spend time. Having studied the unusual relief, the customer decided to build a split-level house on this site. He entrusted the development of the project to the bureau ab2.0 experts - the authors of the cottage village’s master plan and its architectural appearance, from the main entrance buildings to the typified cottage houses.

For the architects the peculiarity of the site's landscape was not a difficulty, but rather a matter of creative challenge. They developed a cottage project of several levels located on the slope according to the principle of stepped terraces. The house is surrounded by trees and from its upper levels beautiful views of the forest can be seen.  Attention was also paid to the rational use of space. So in the space between the piles supporting the main part of the house the authors of the project decided to create the spa area. 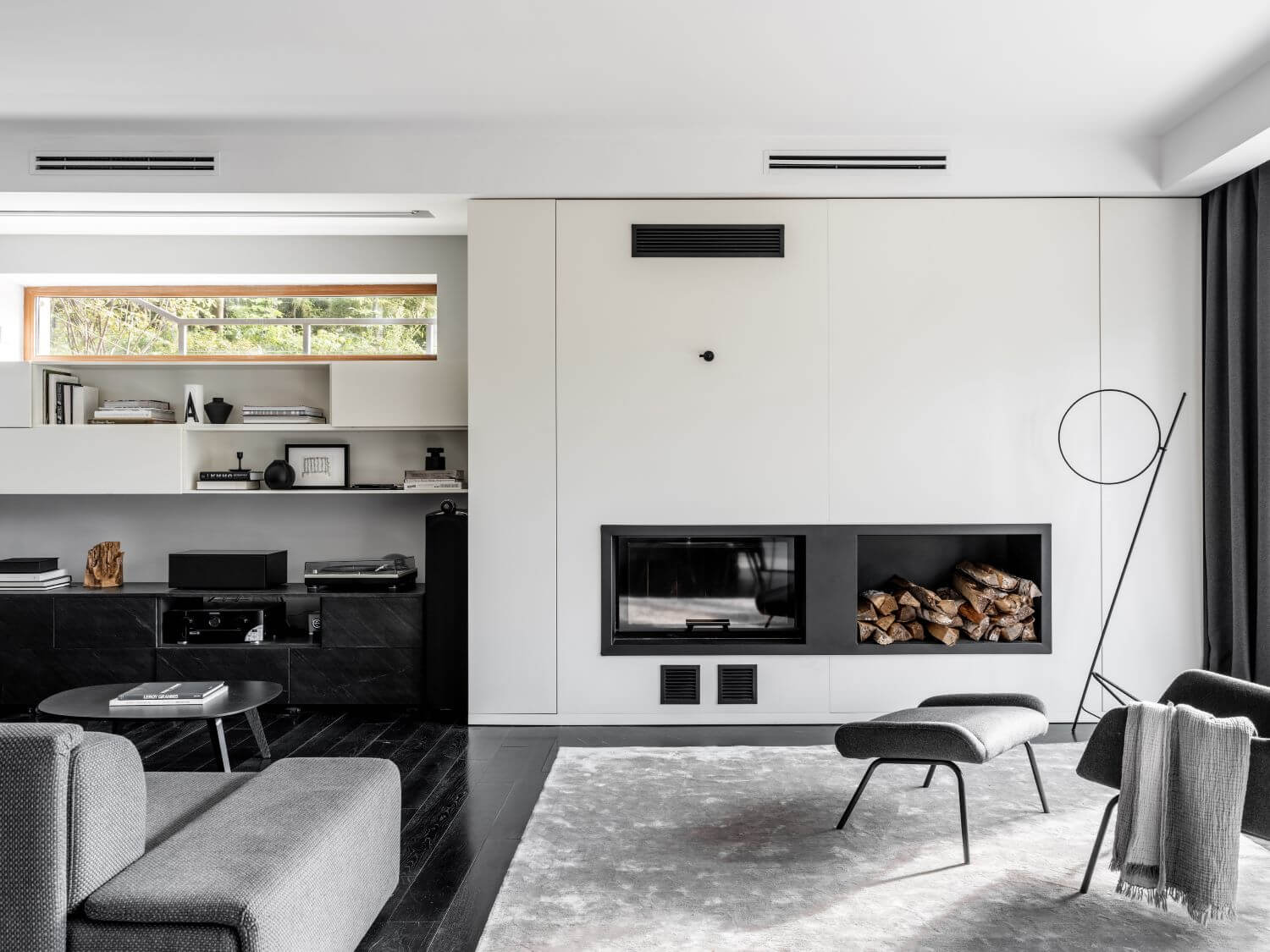 On the first level of the house there is a garage, on the second level there is a spa area, a guest bedroom and a staff room.  On the third level there is a common area, the most spacious part of which is a unified space that combines a kitchen-dining room, a living room with a home cinema and a fireplace corner. The second part of the third level is occupied by a study and a guest bathroom.  On the fourth level there are two bedrooms and a spacious primary area with a bathroom, wardrobe room and a terrace. Almost all rooms have a direct access to the terraces. The main entrance to the house is located on the third level.

The client, appreciating the approach and style of work of the bureau ab2.0 experts, suggested that they also develop an interior design. Thus, from then on the whole project could be perceived as a single concept. Monochrome solutions prevail in the interior design of the house, the basic colours are white, black and grey. They form a versatile background, which, if desired, can be easily modified using decorative elements. Among them - objects of art from the private collection of the owner of the house. Individuality is also emphasised by oriental motives, interior items brought from Morocco and from the island of Bali. Such motives look the most striking in the spa area design. 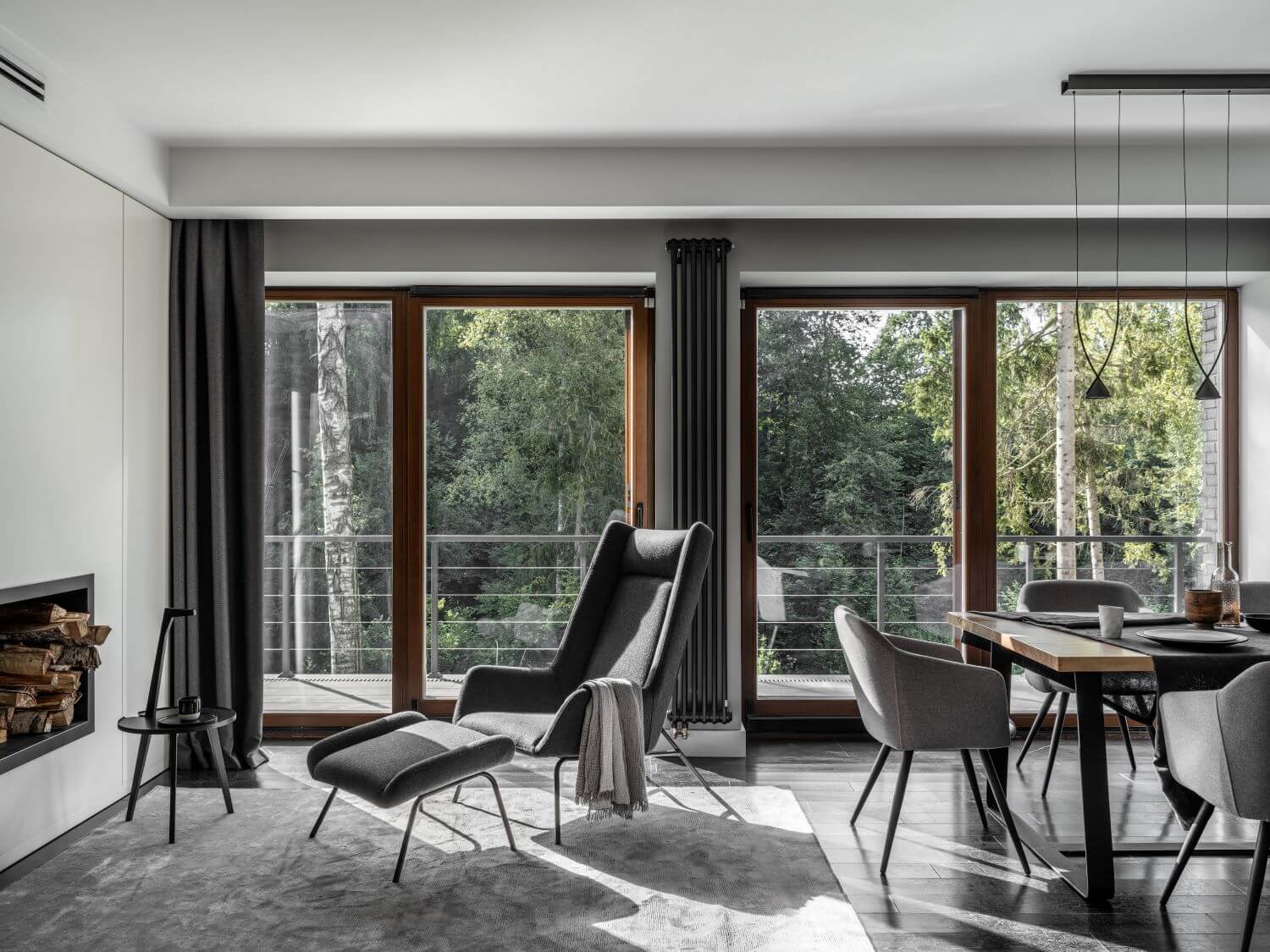 The interior design of the main bedroom of the house is designed in the Japanese style. The bed, made according to the sketches of the project authors, is located in a niche and arranged like a tatami: the space is decorated with pillows, the walls are covered with soft panels. Among many spectacular elements of the house’s interior are staircases. One is made of epoxy resin, reminiscent of liquid marble, the other has an interesting design solution - it looks as though its oak steps are floating in the air. Both staircases are complemented by metal cable rails that run up to the ceiling.

Landscaping of the site is a logical continuation of the exterior and interior of the house, being an element of the project’s unified concept.  Right in front of the house there are three original wooden sculptures - totem poles, carved directly from dried forest fir trees, which the architects decided to preserve in the process of improving the site.

The project turned out to be eclectic and to some extent multicultural, which fully corresponds to the tastes and wishes of its customer.

The house fits organically in the natural landscape largely due to the facade decoration. It uses materials,shades and textures being as close as possible to natural colours and textures: hand-molded bricks, thermo-ash cladding. 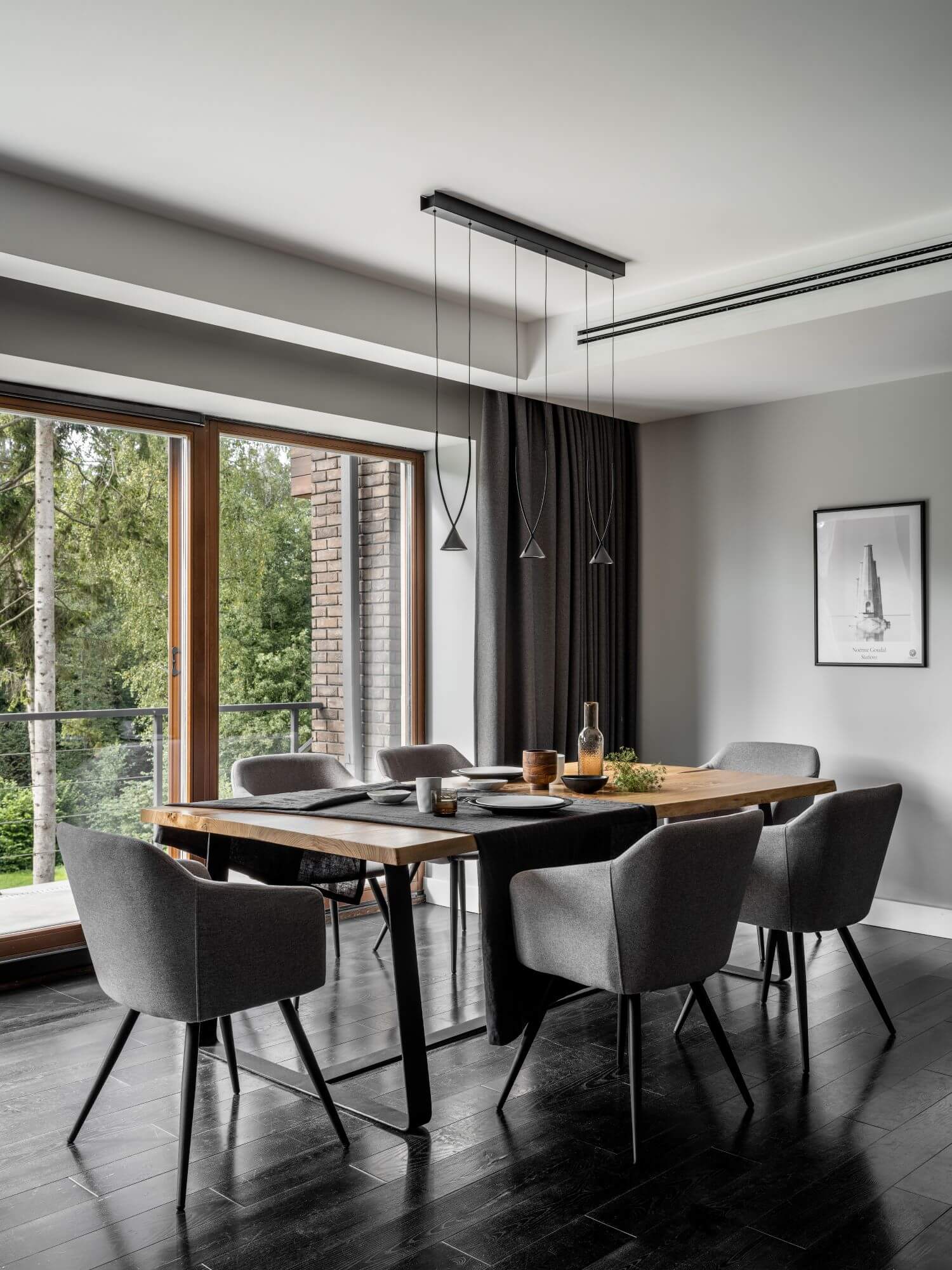 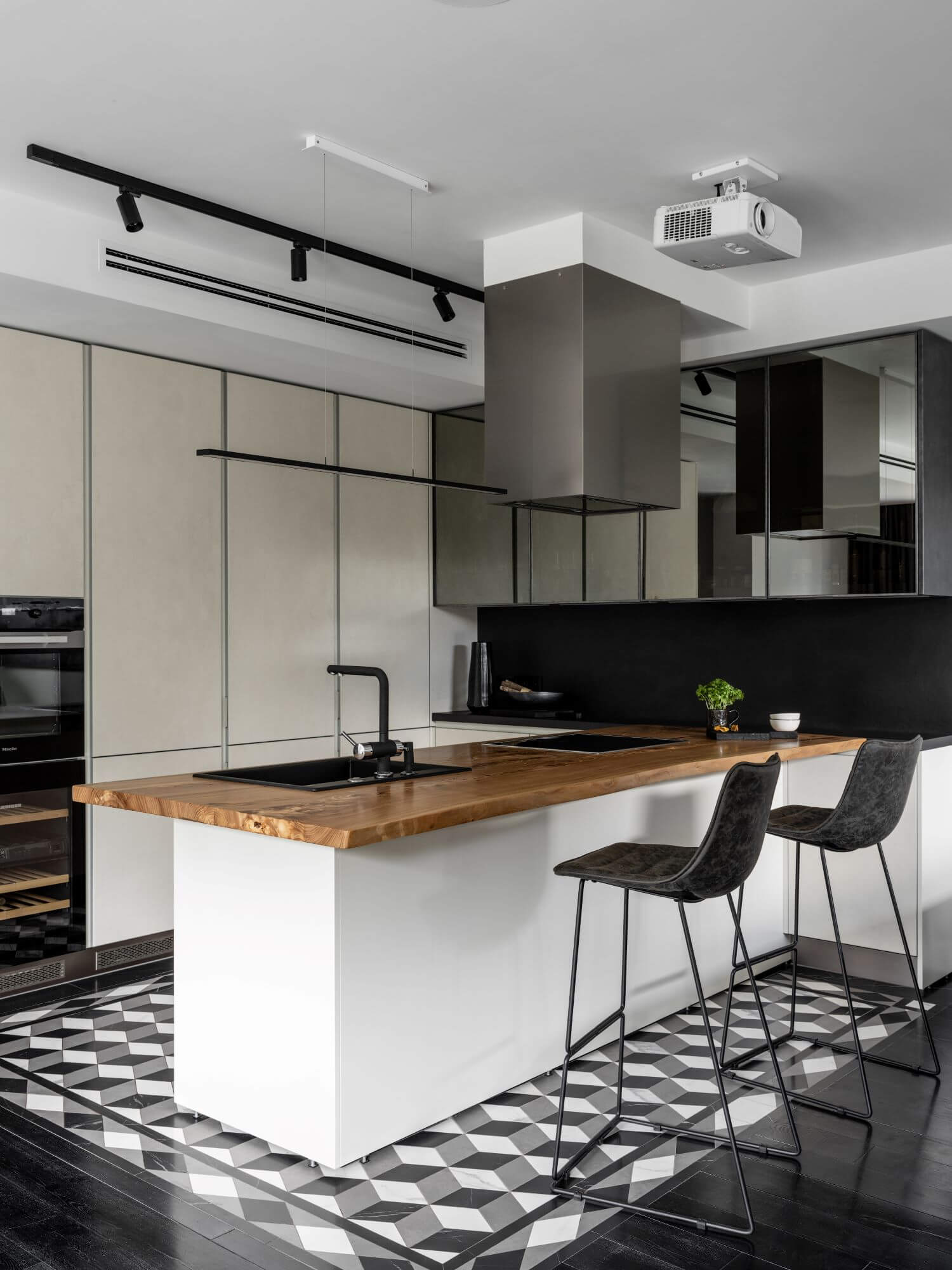 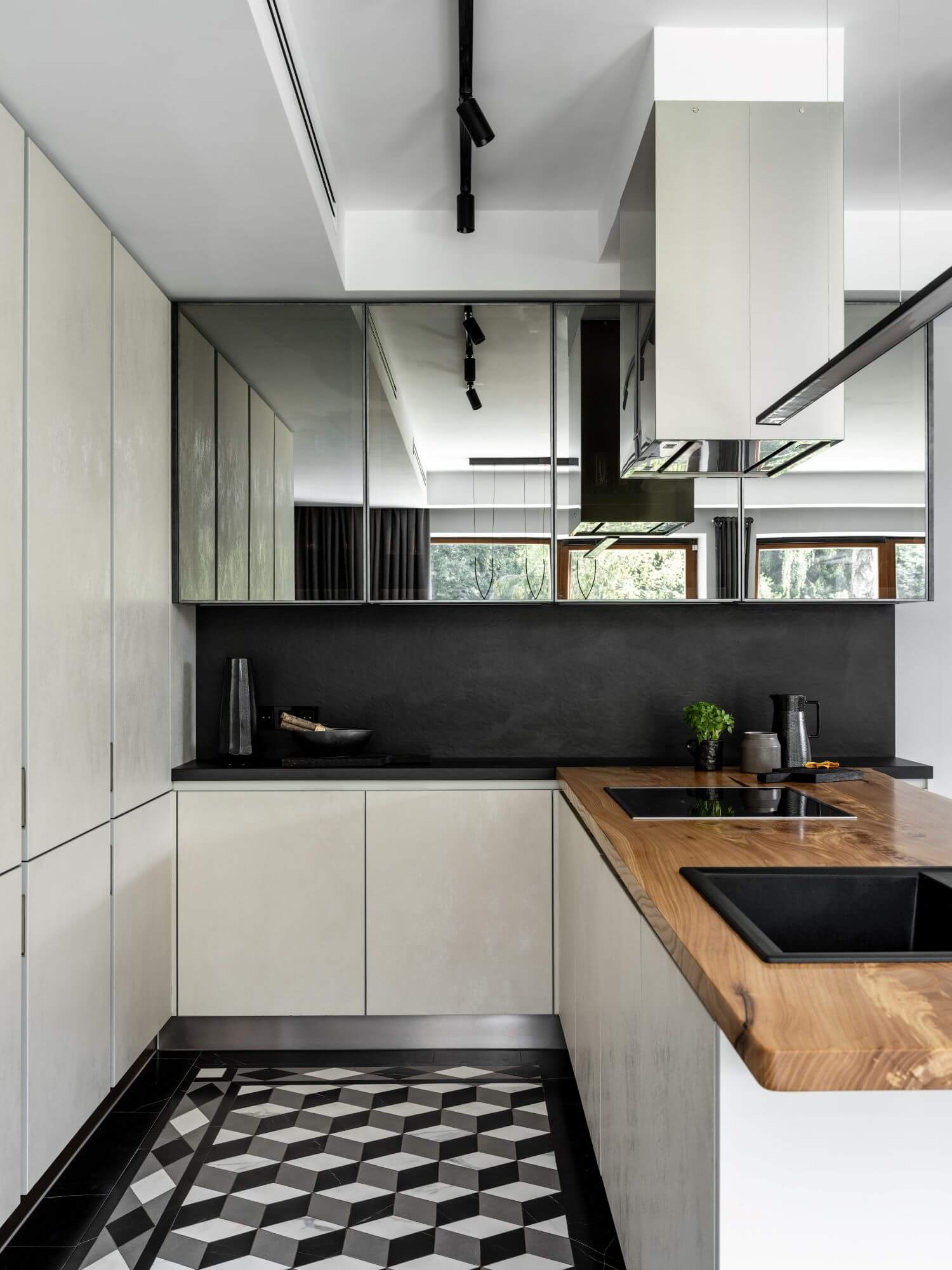 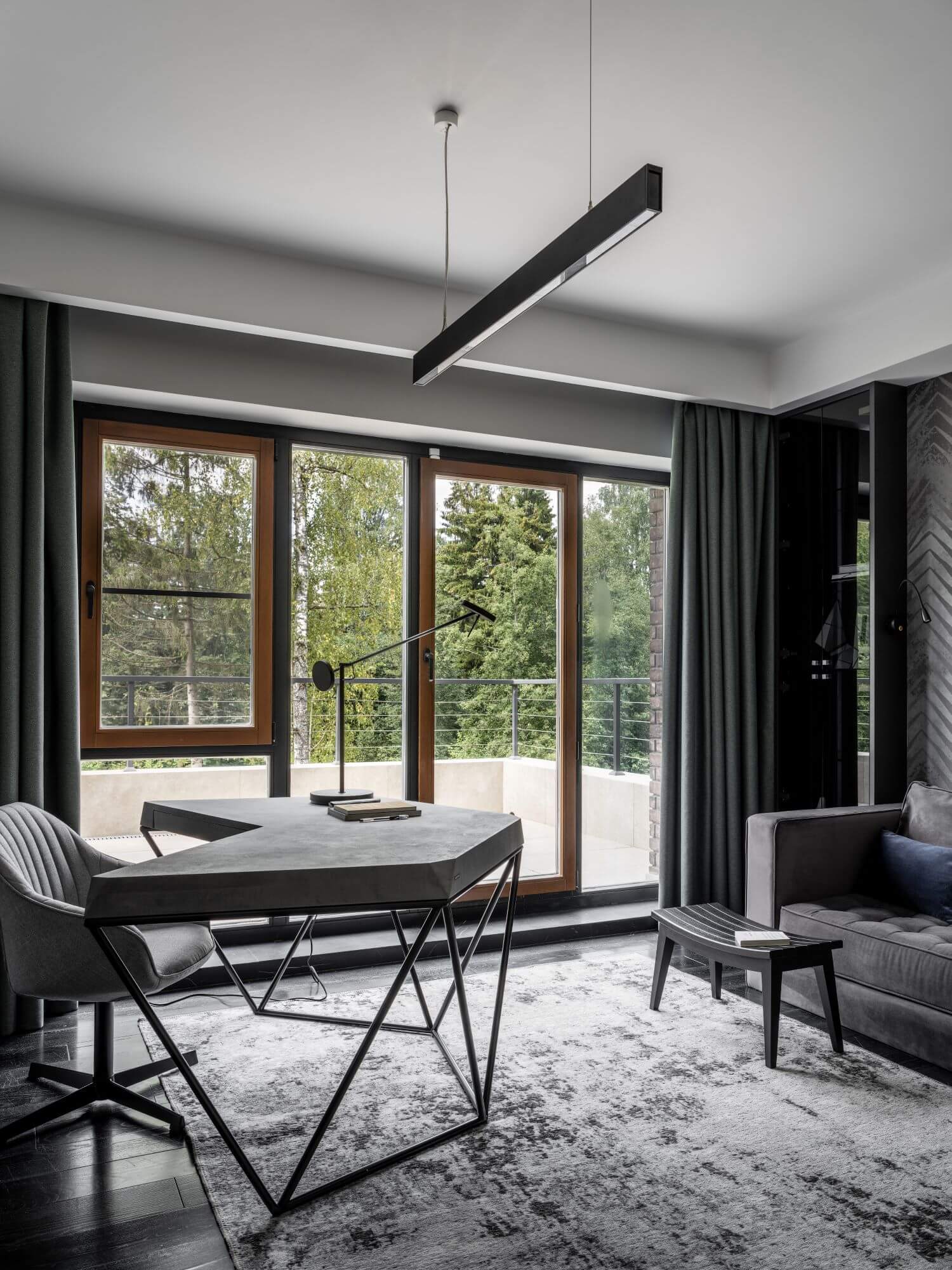 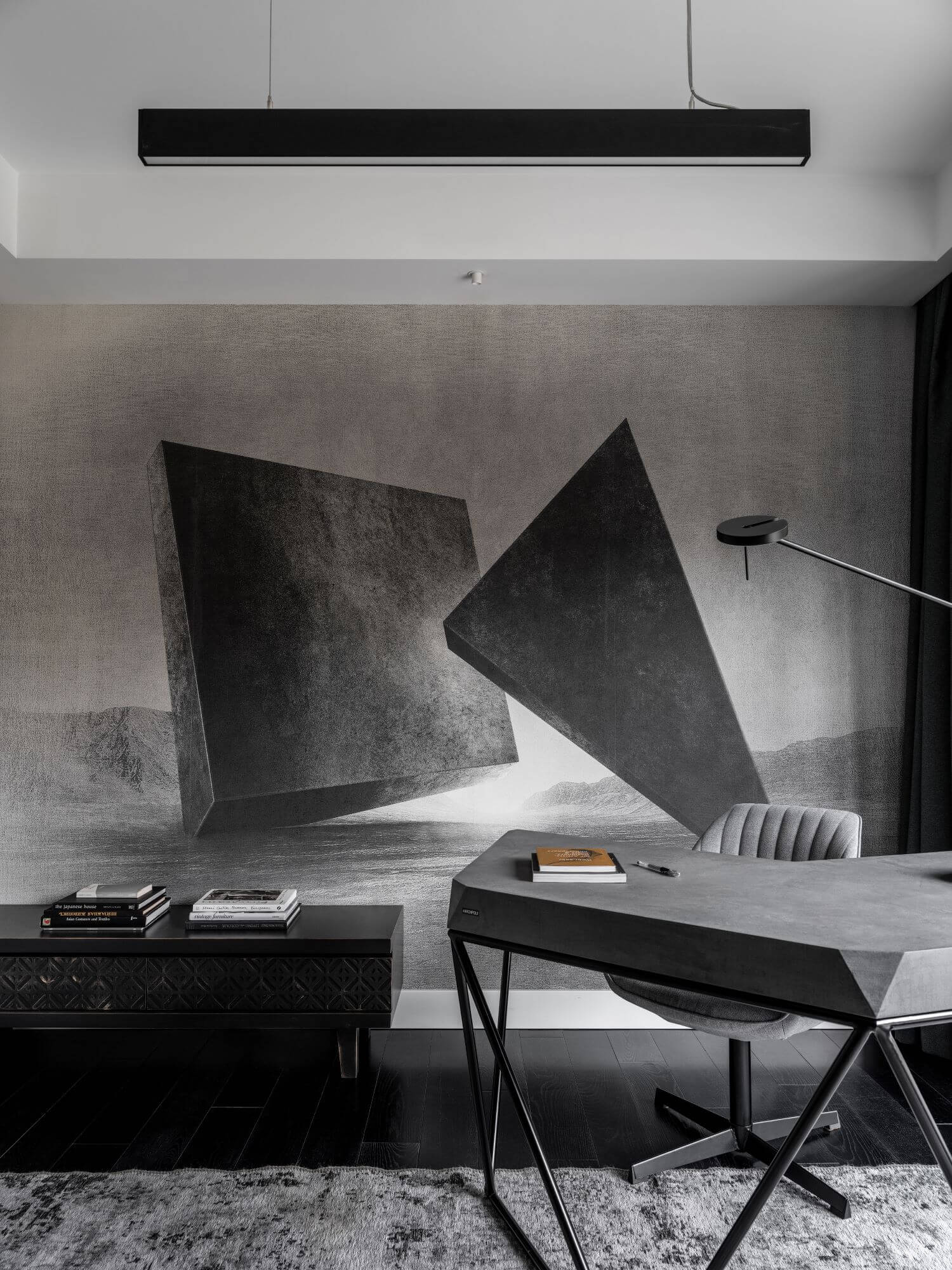 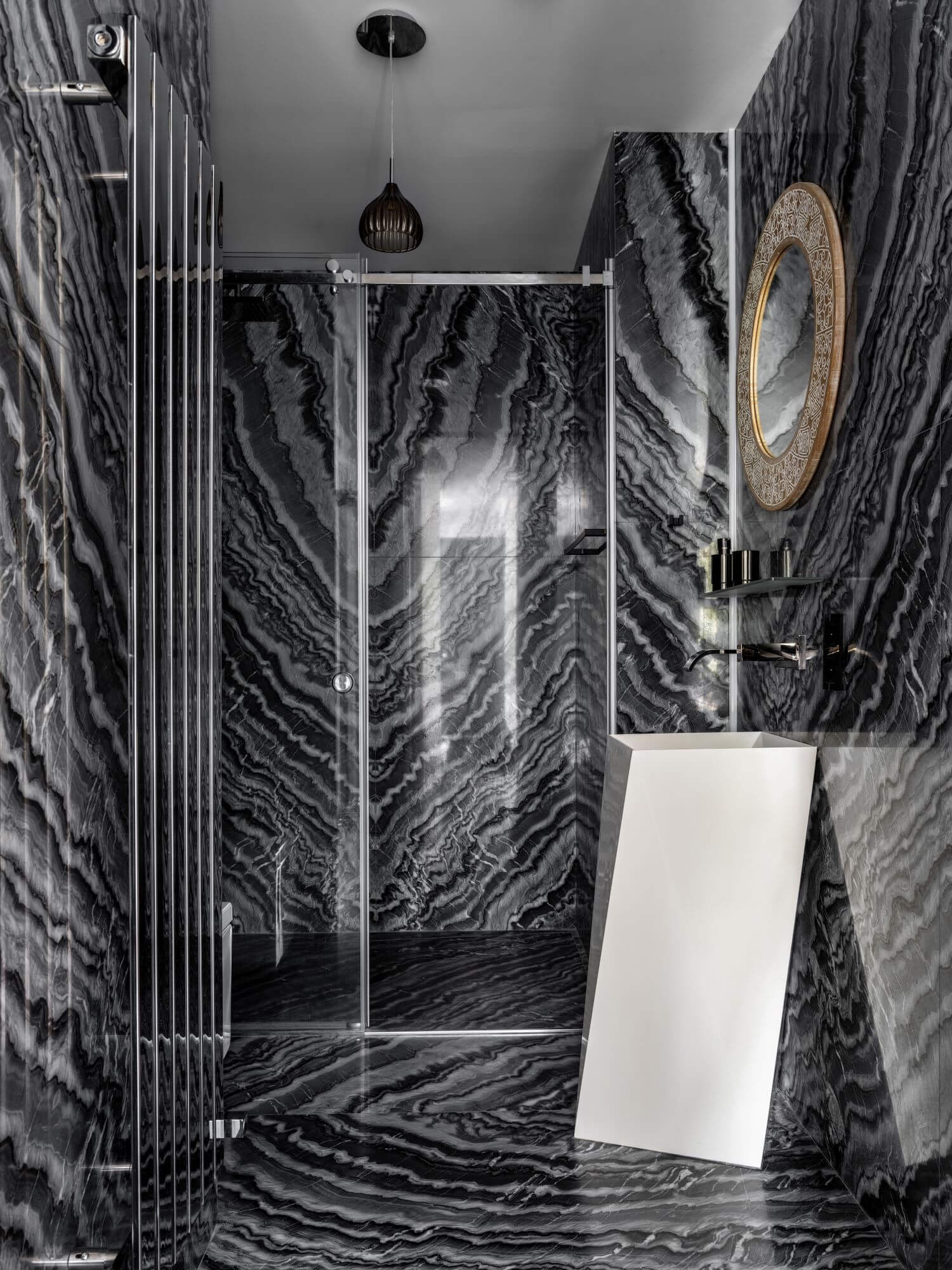 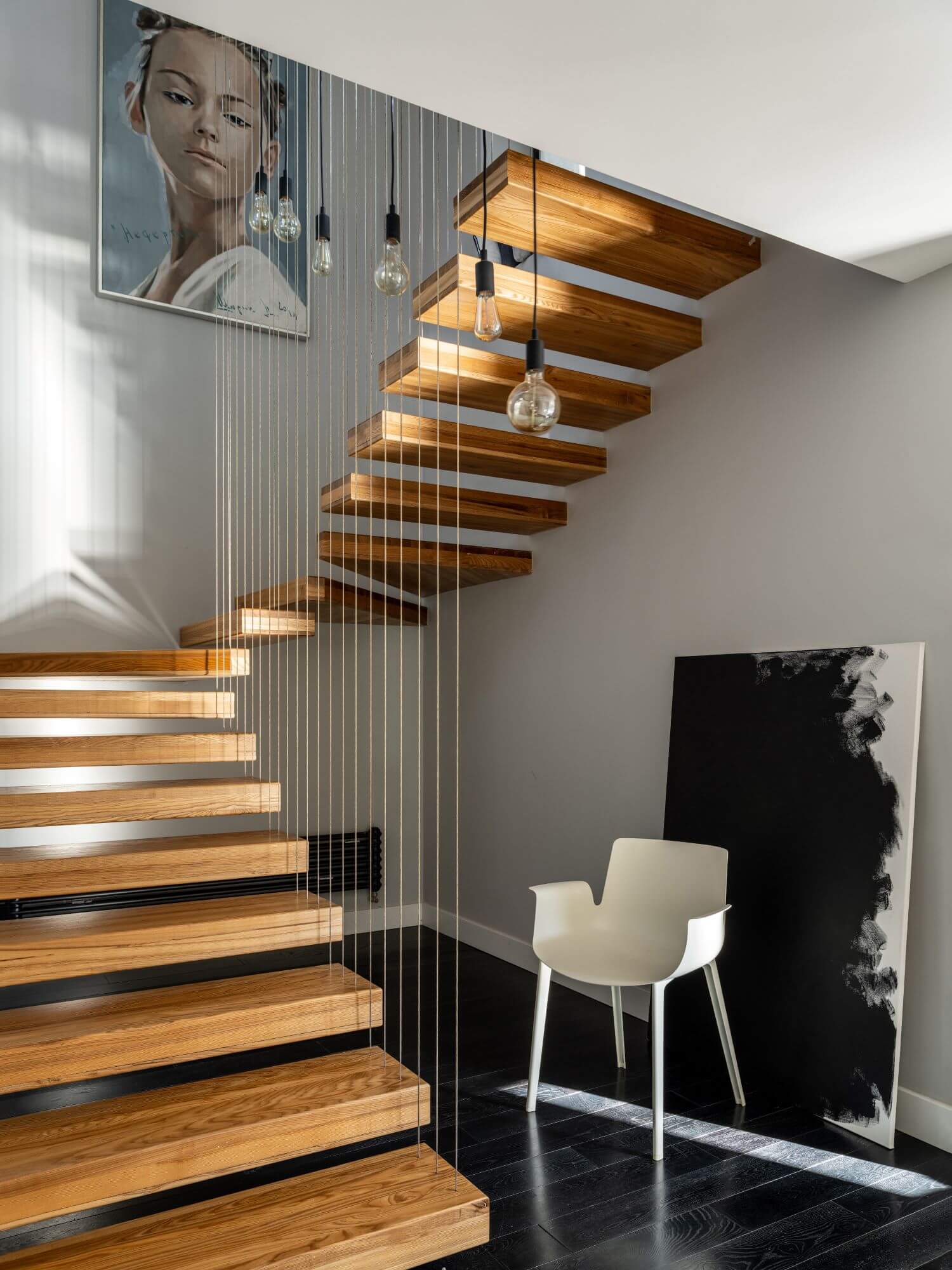 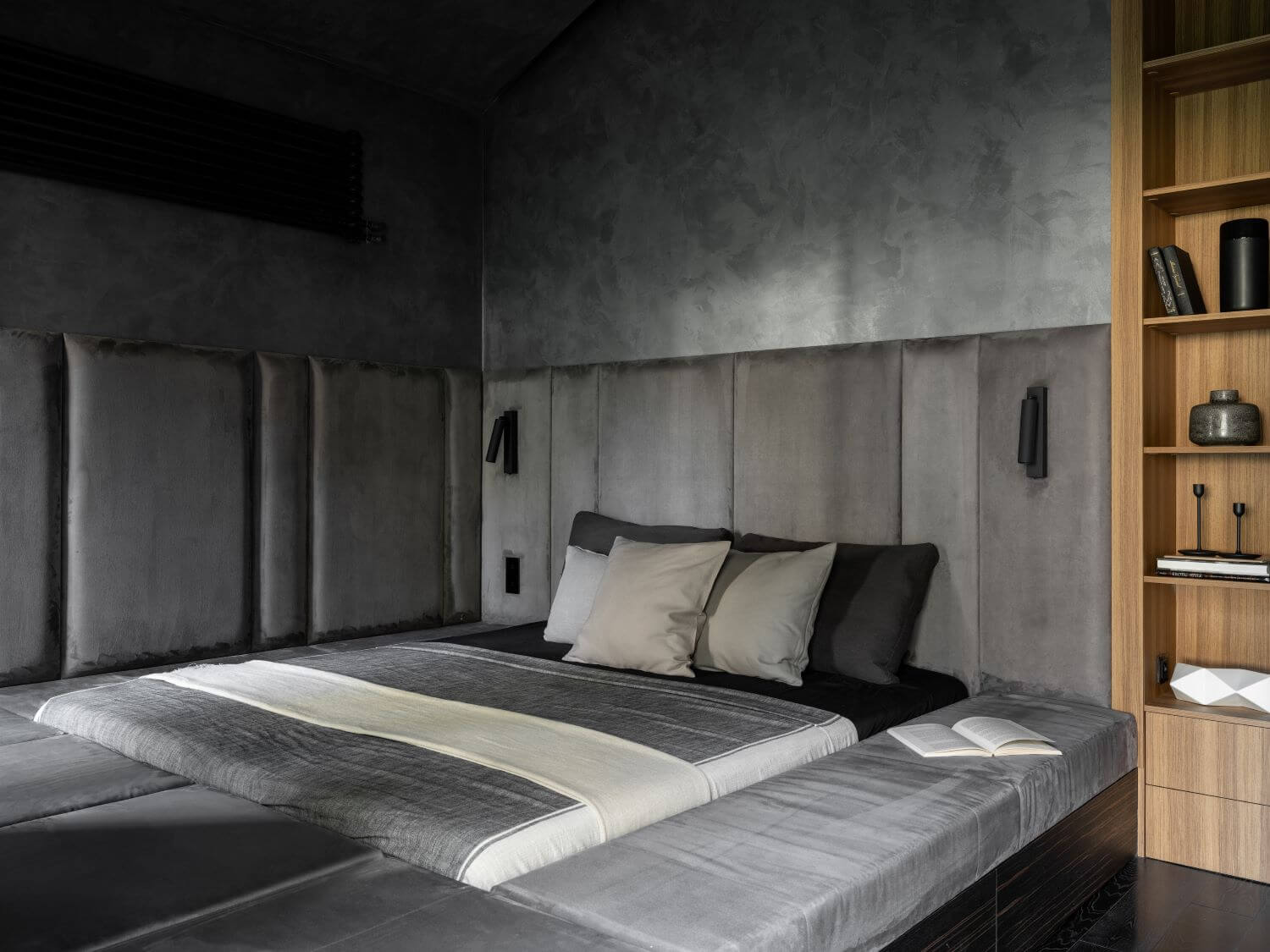 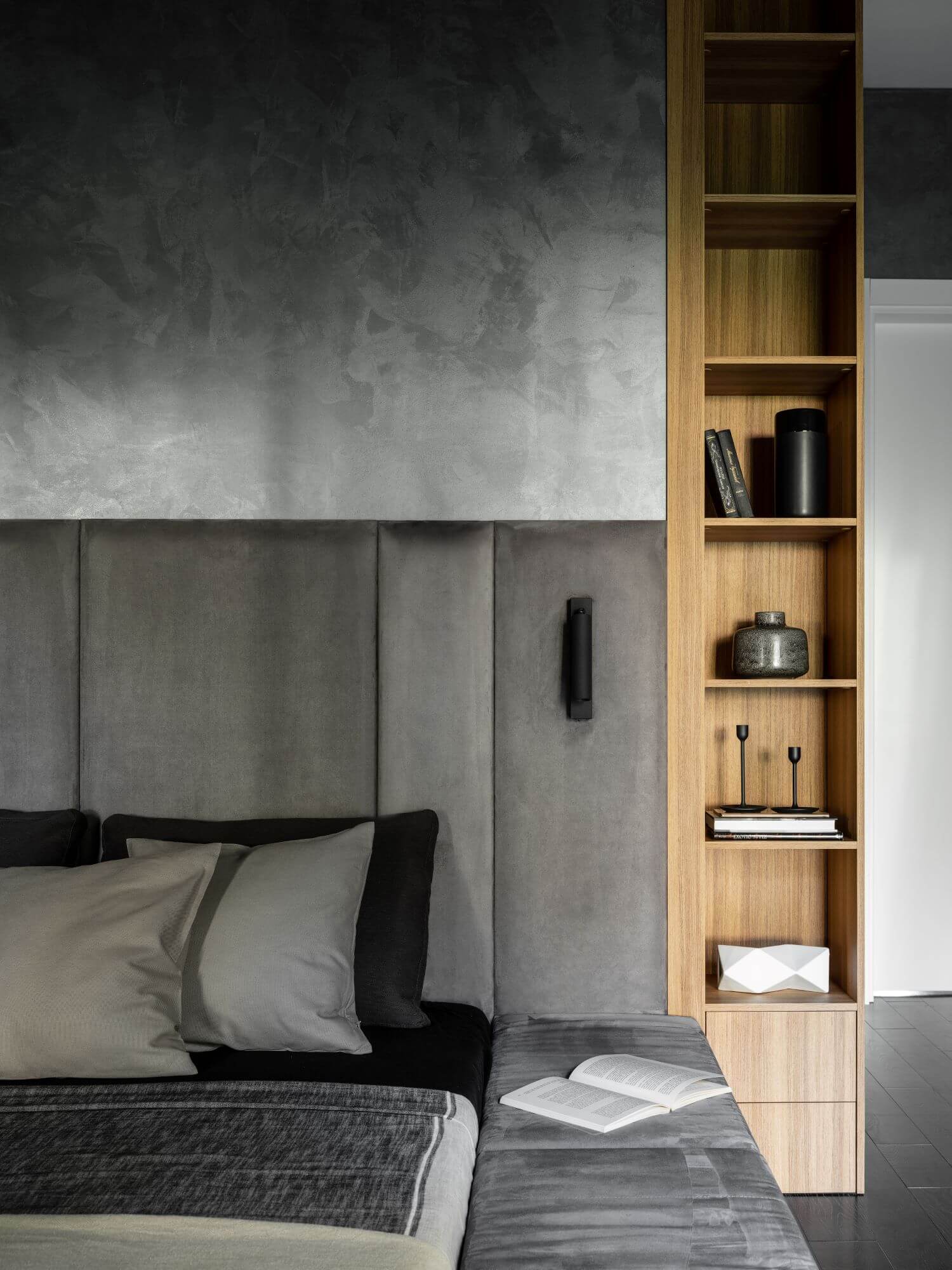 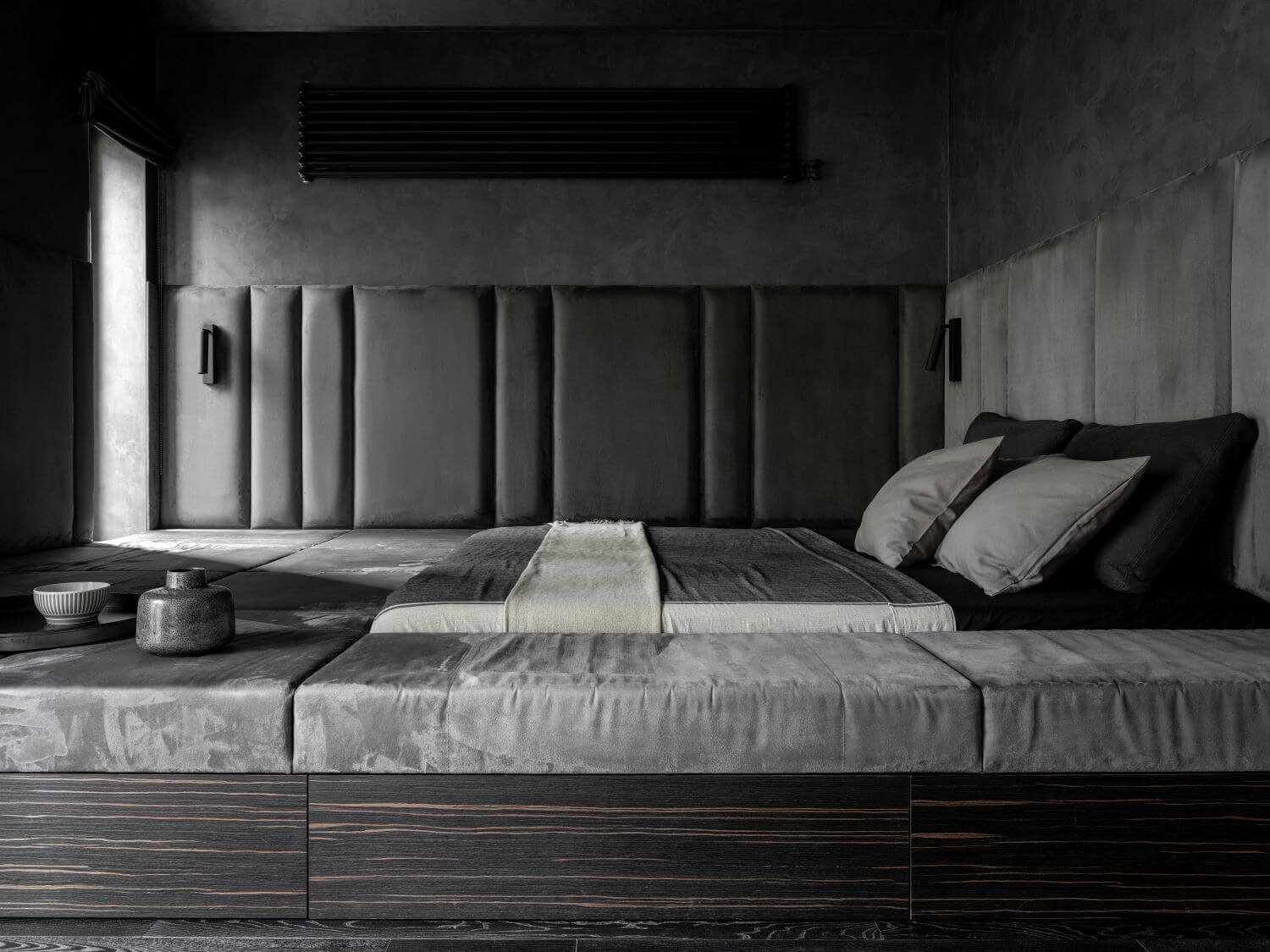 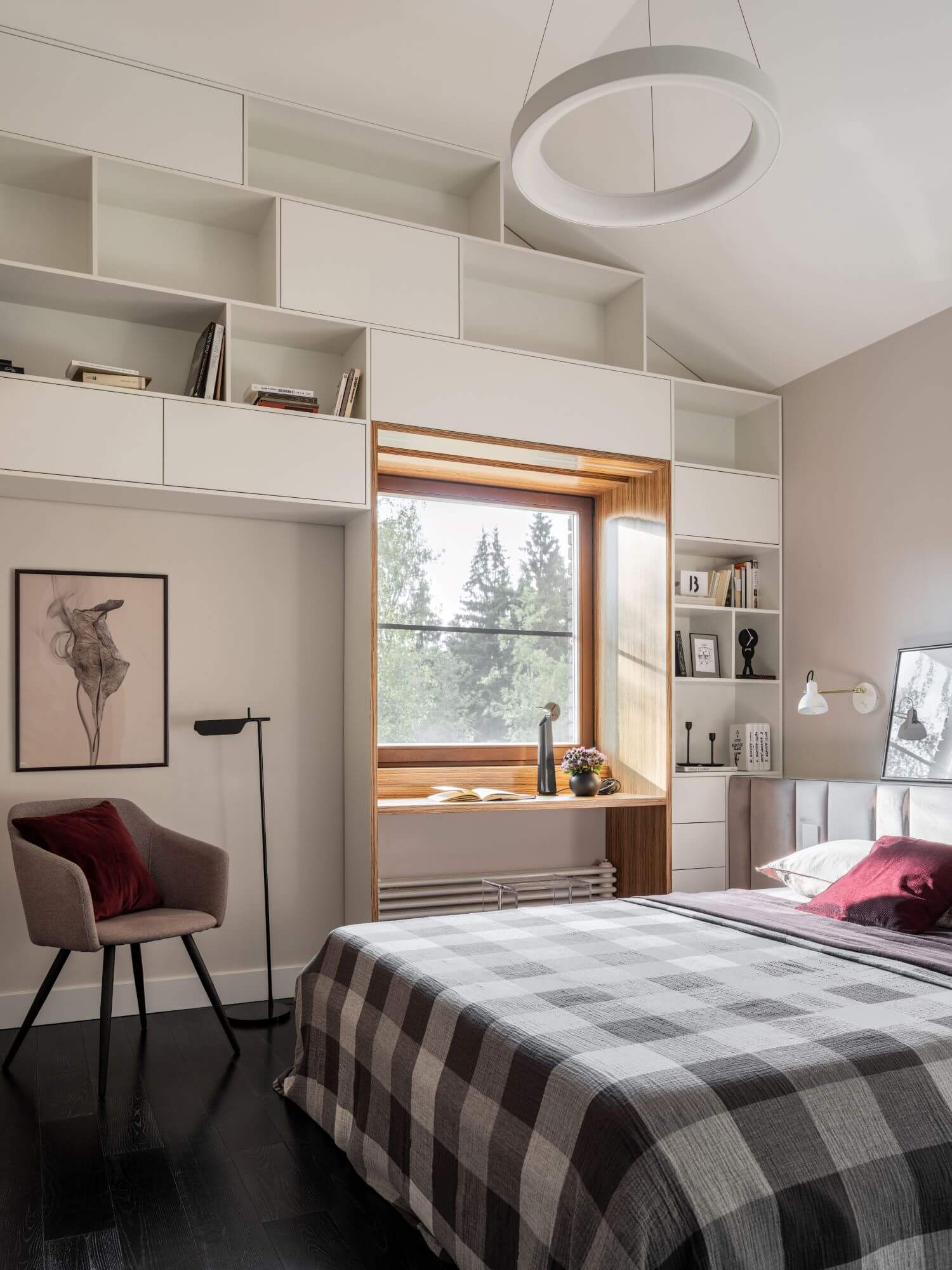 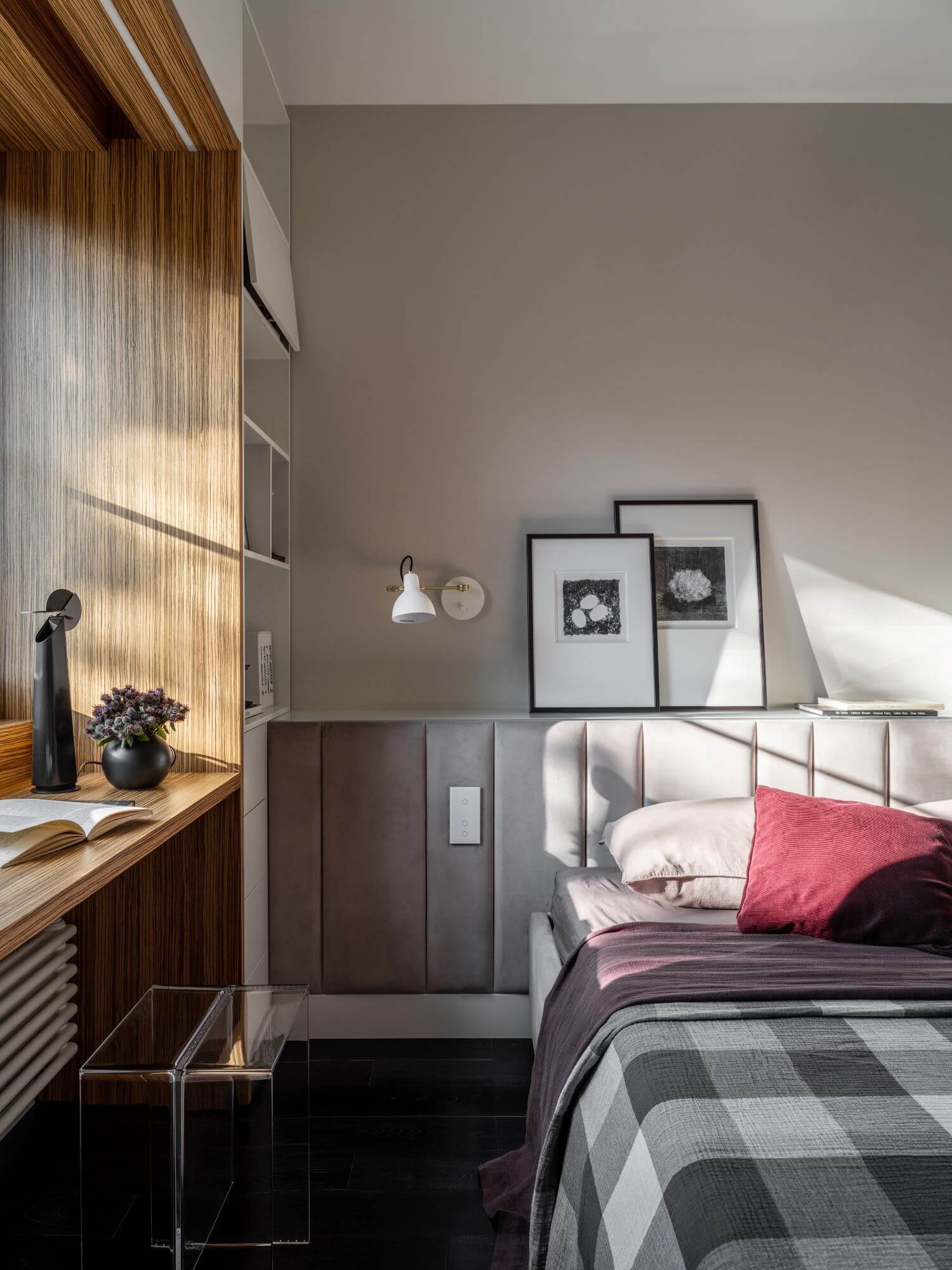 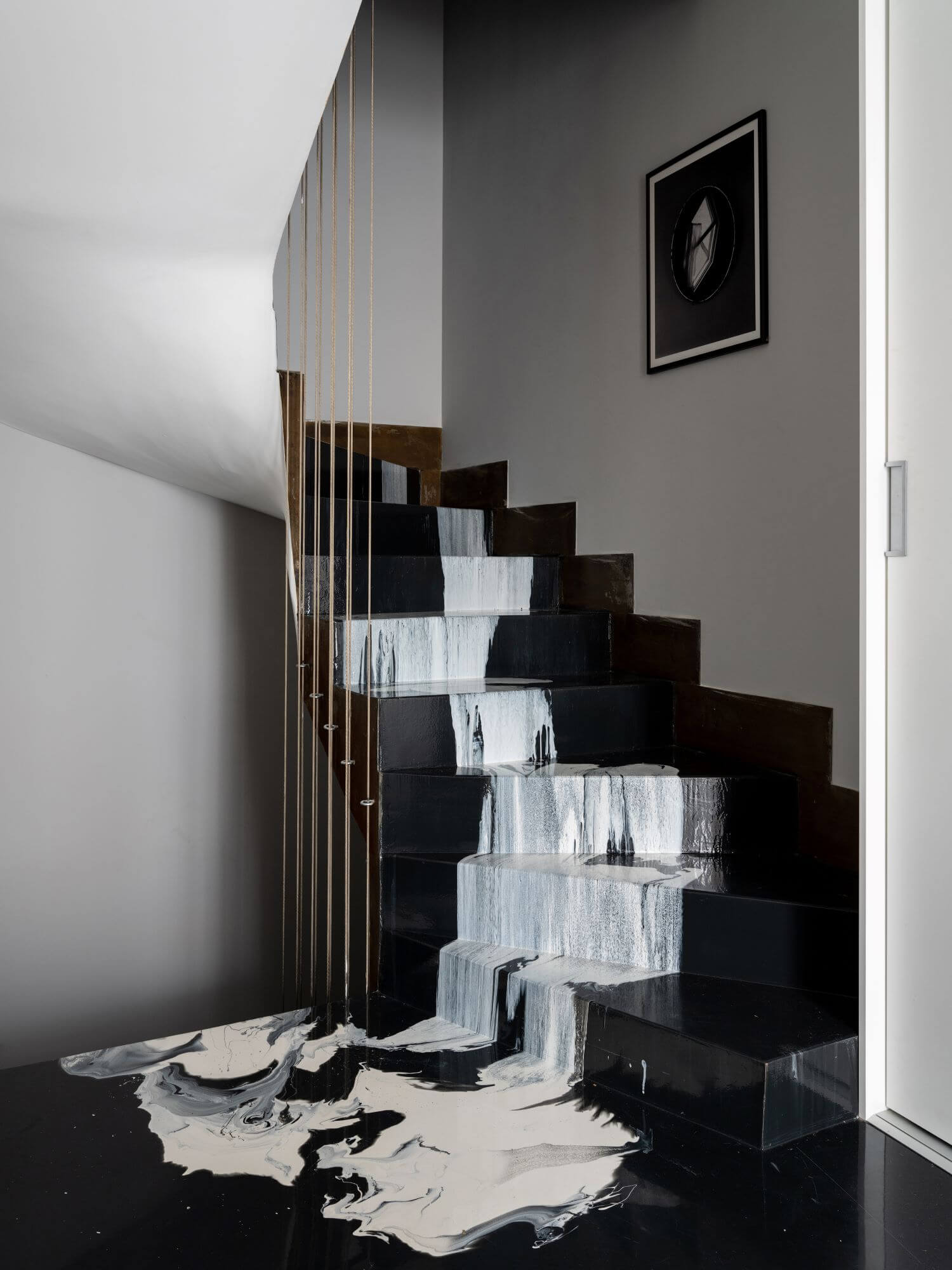 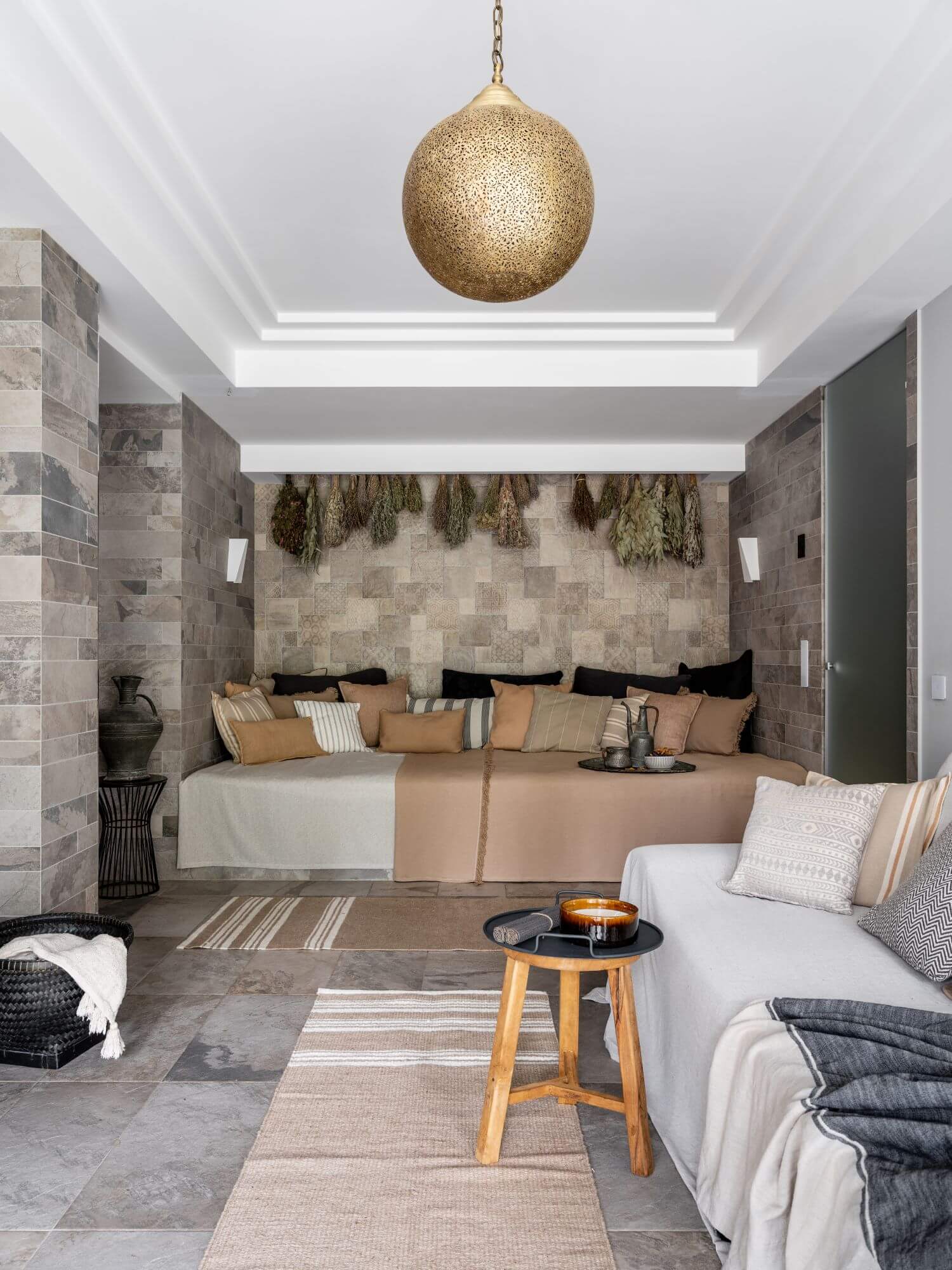 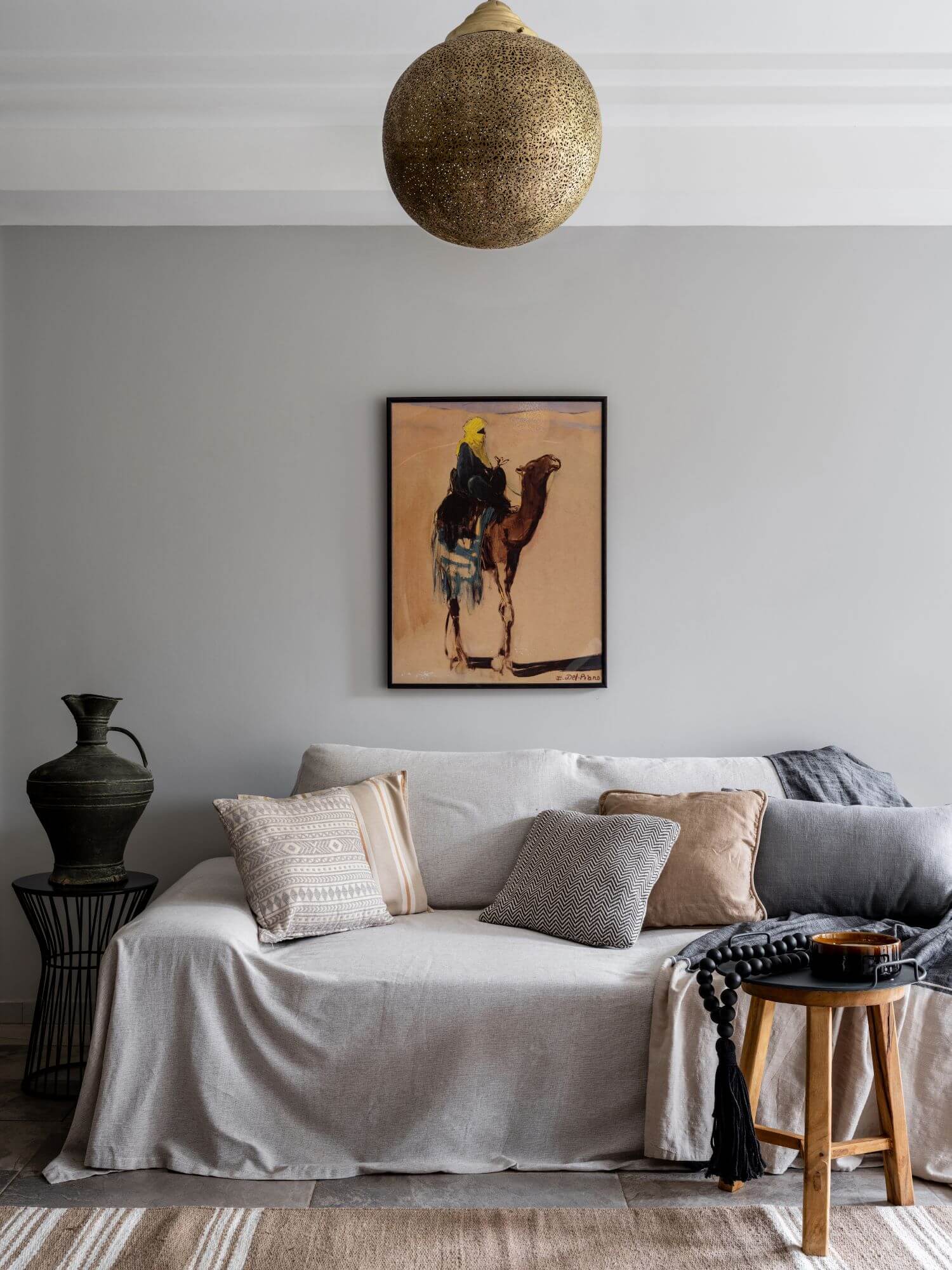 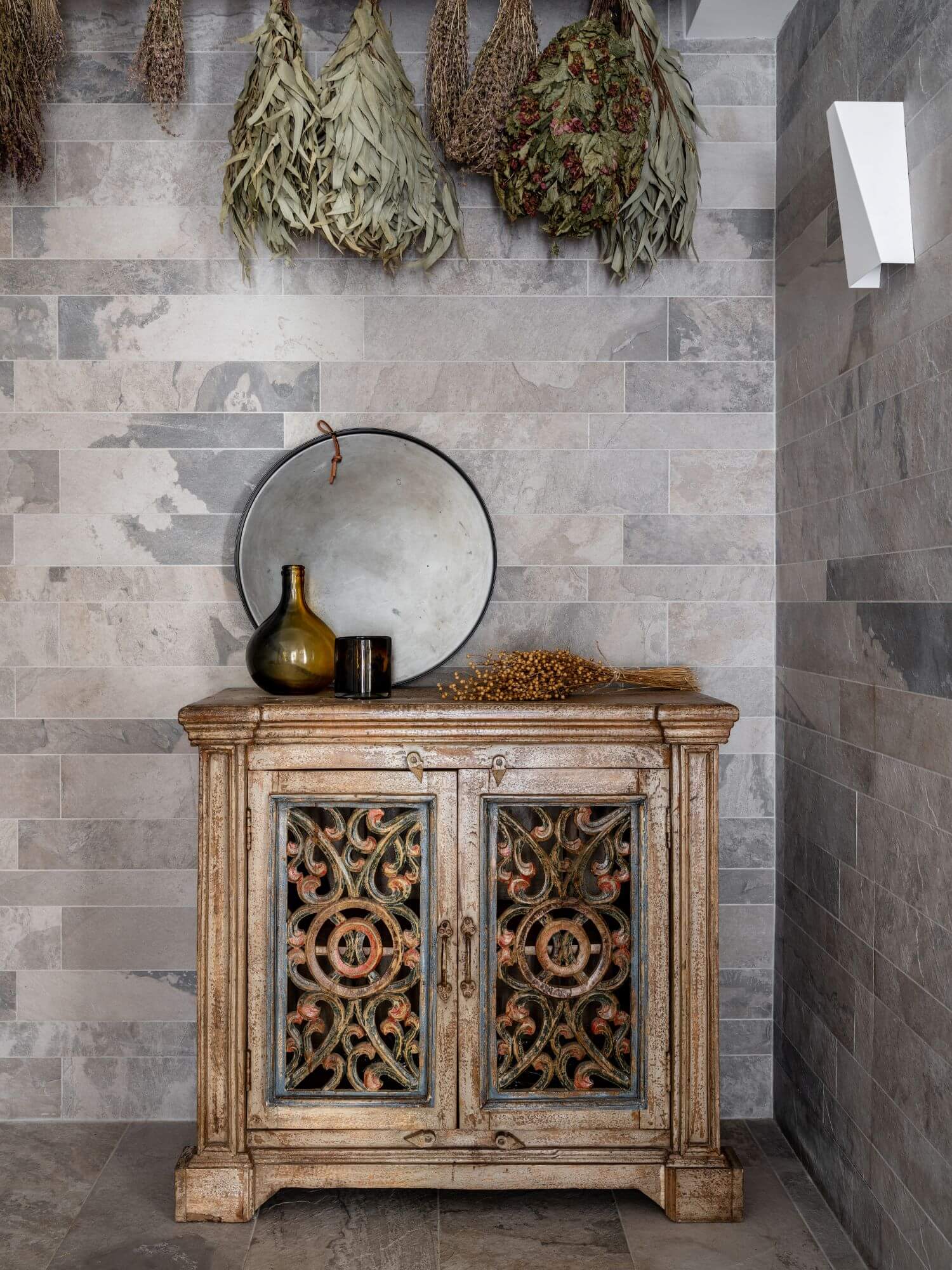 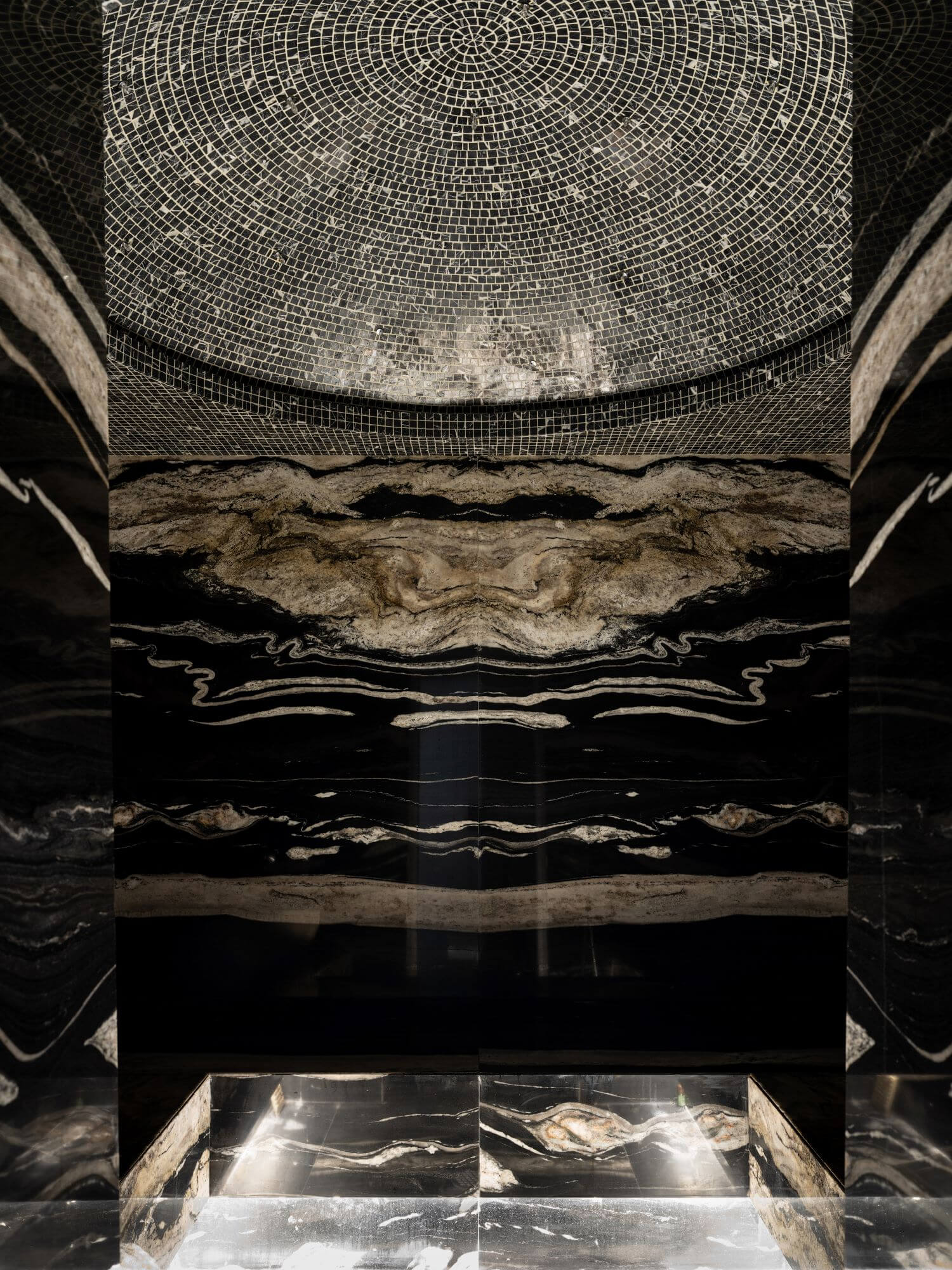 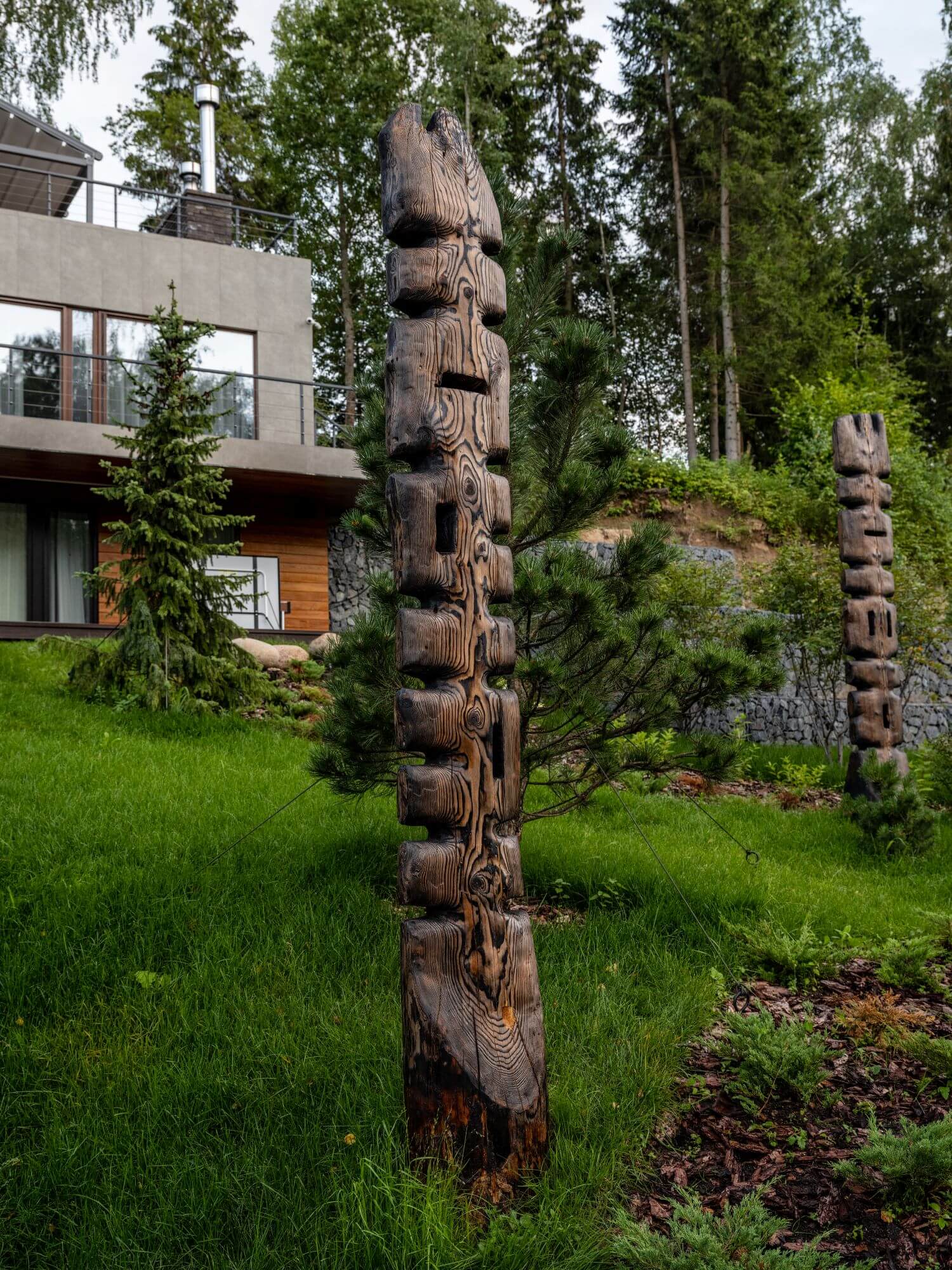 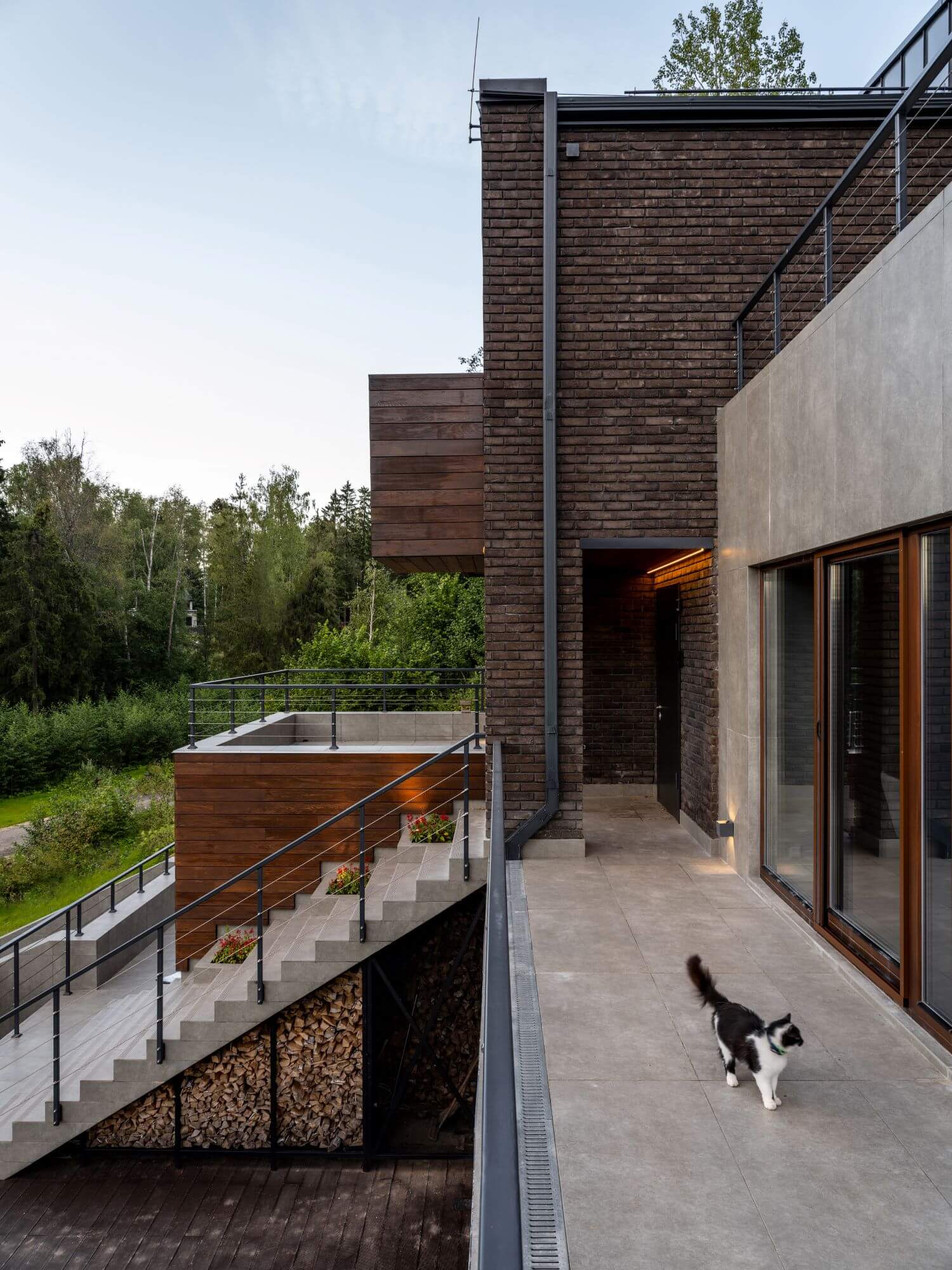 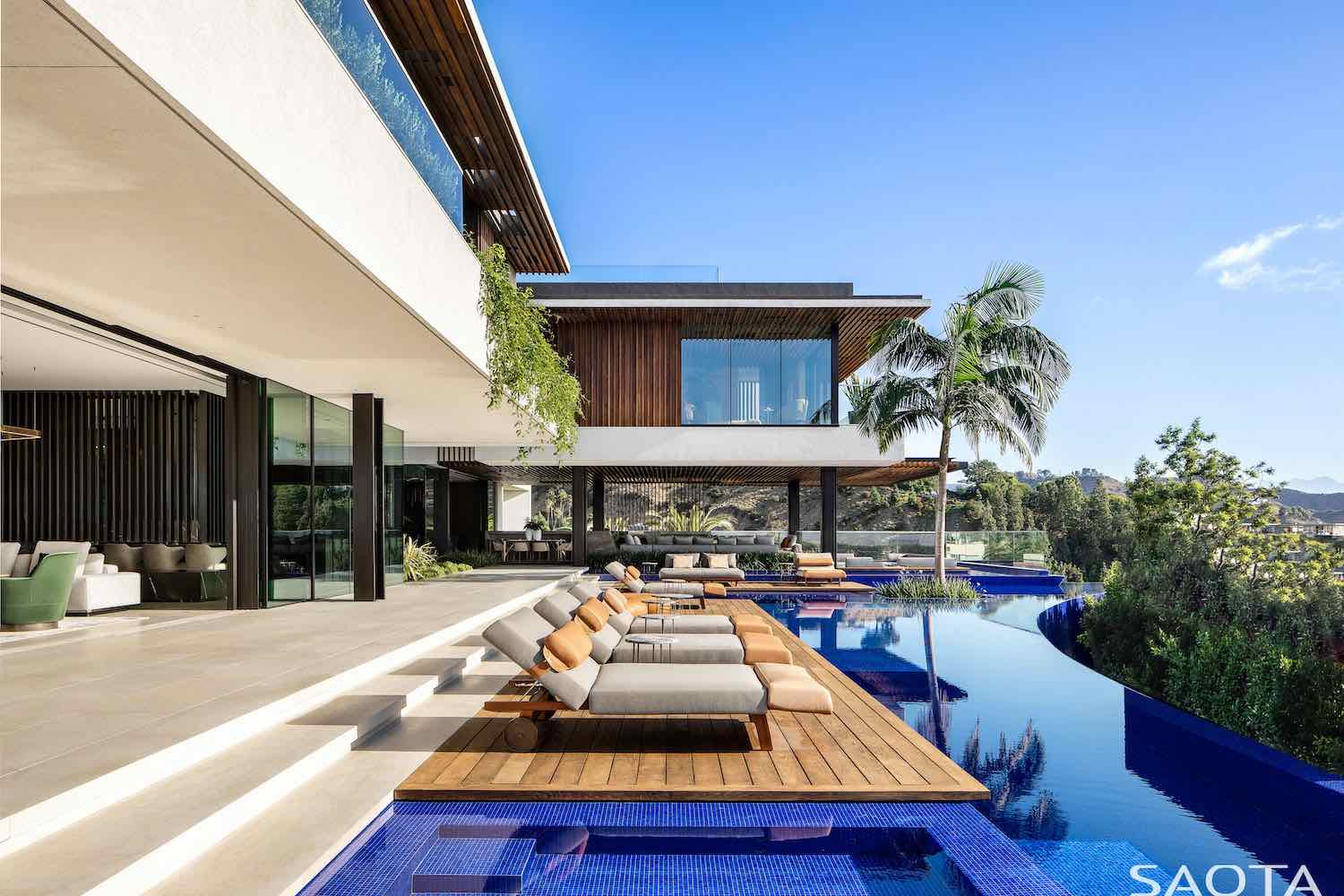 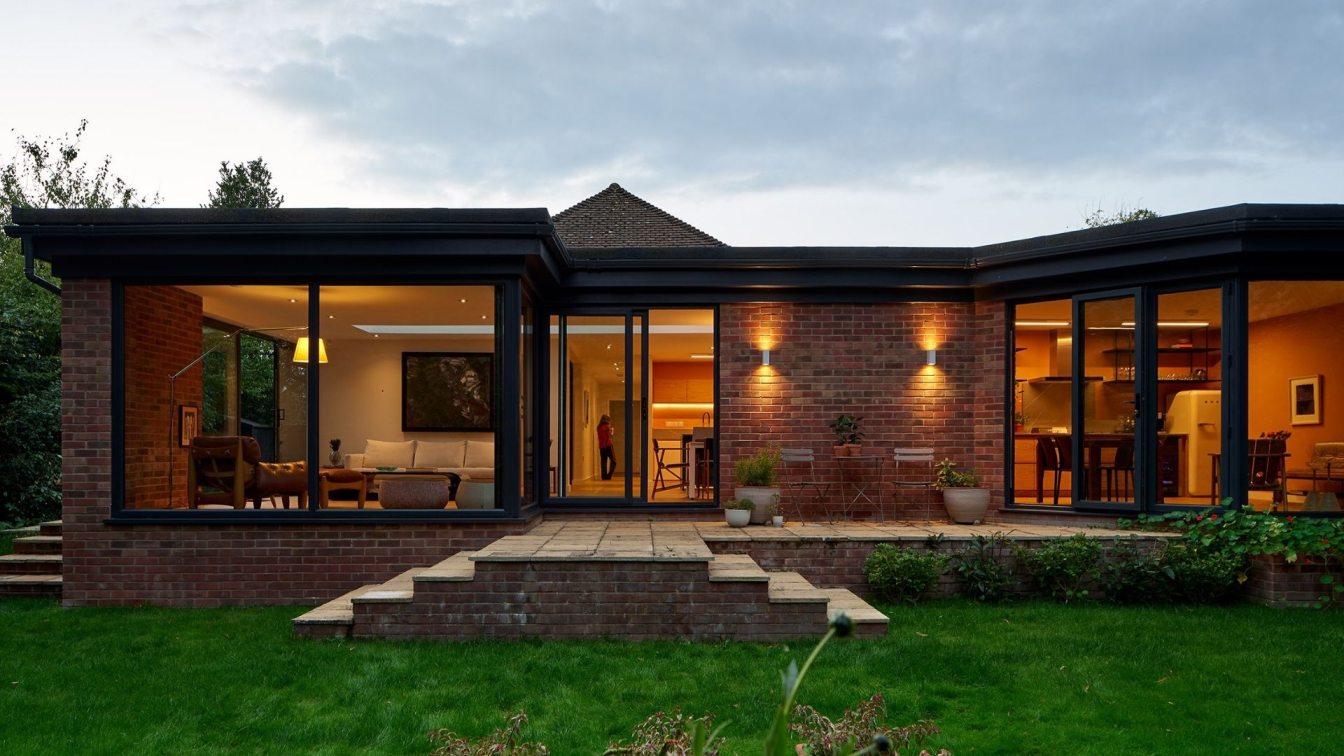 The renovation of a house in Norwich, England, was designed 100% online and gained a project by the brazilian architect Julliana Camargo 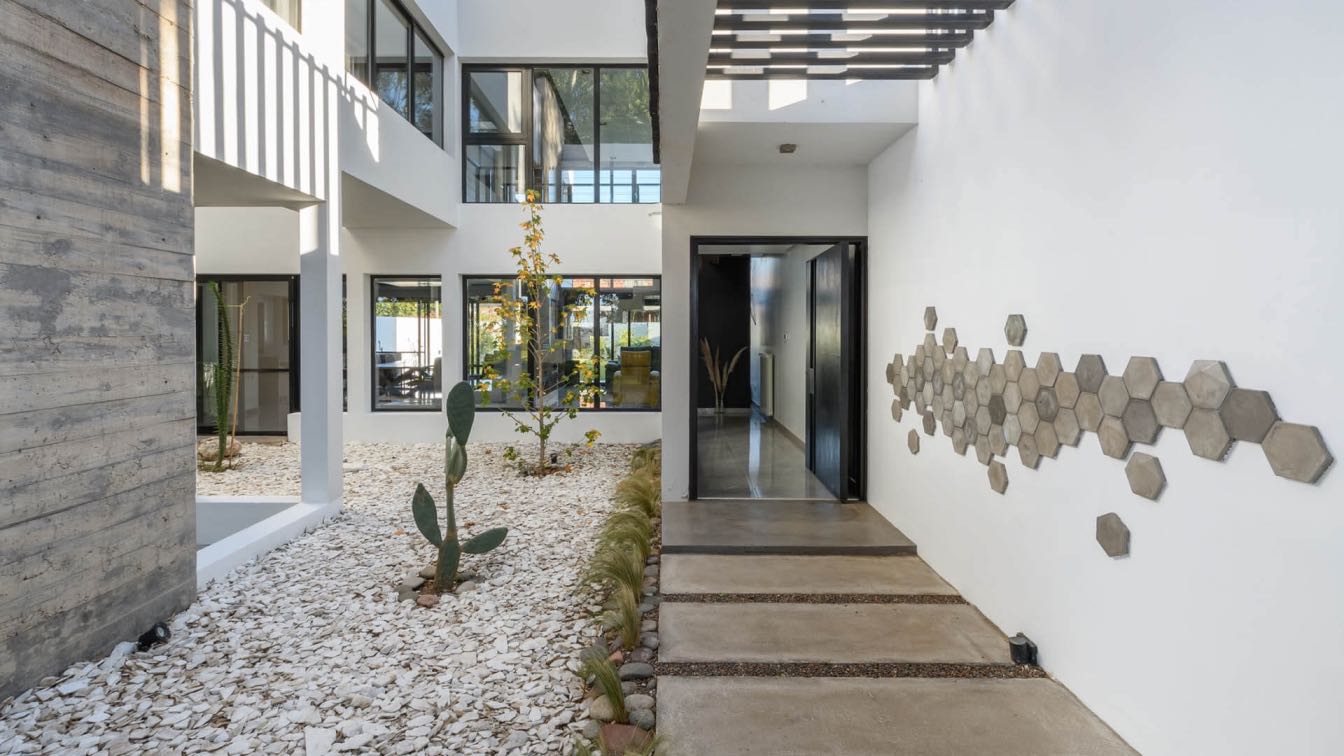 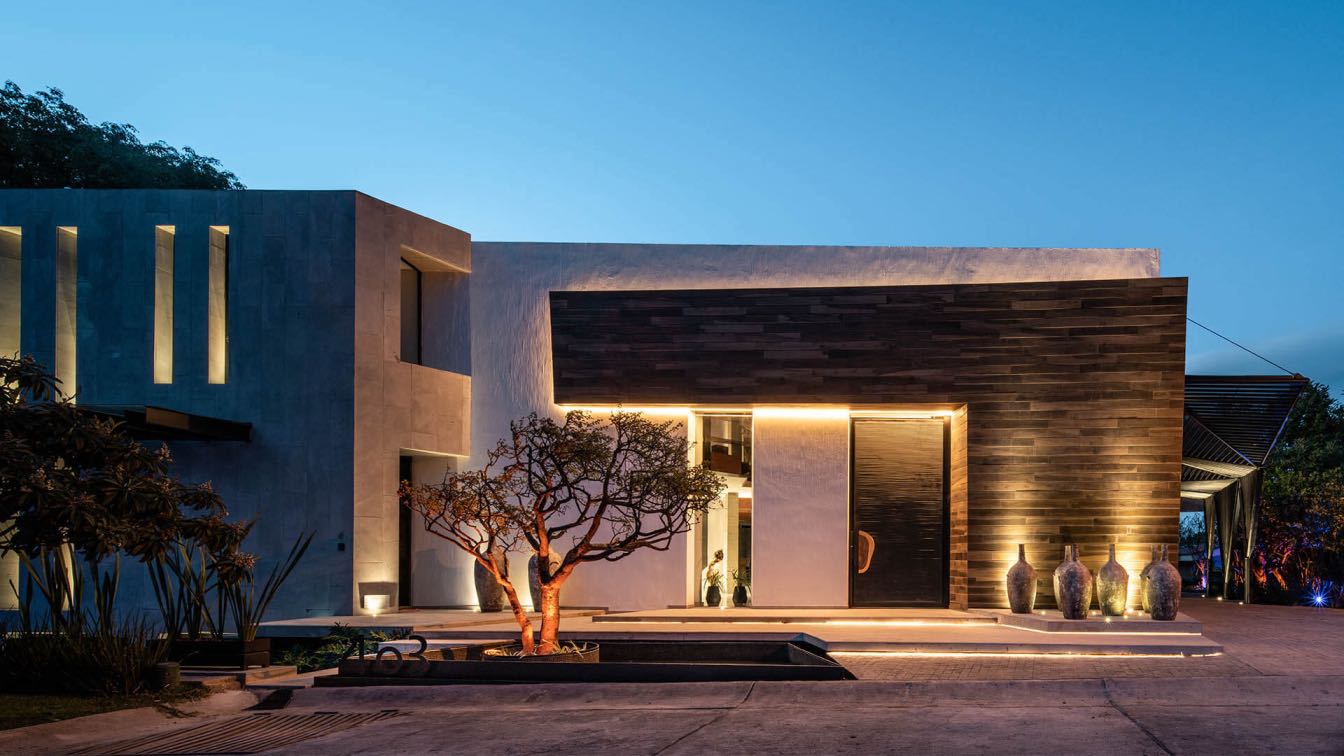