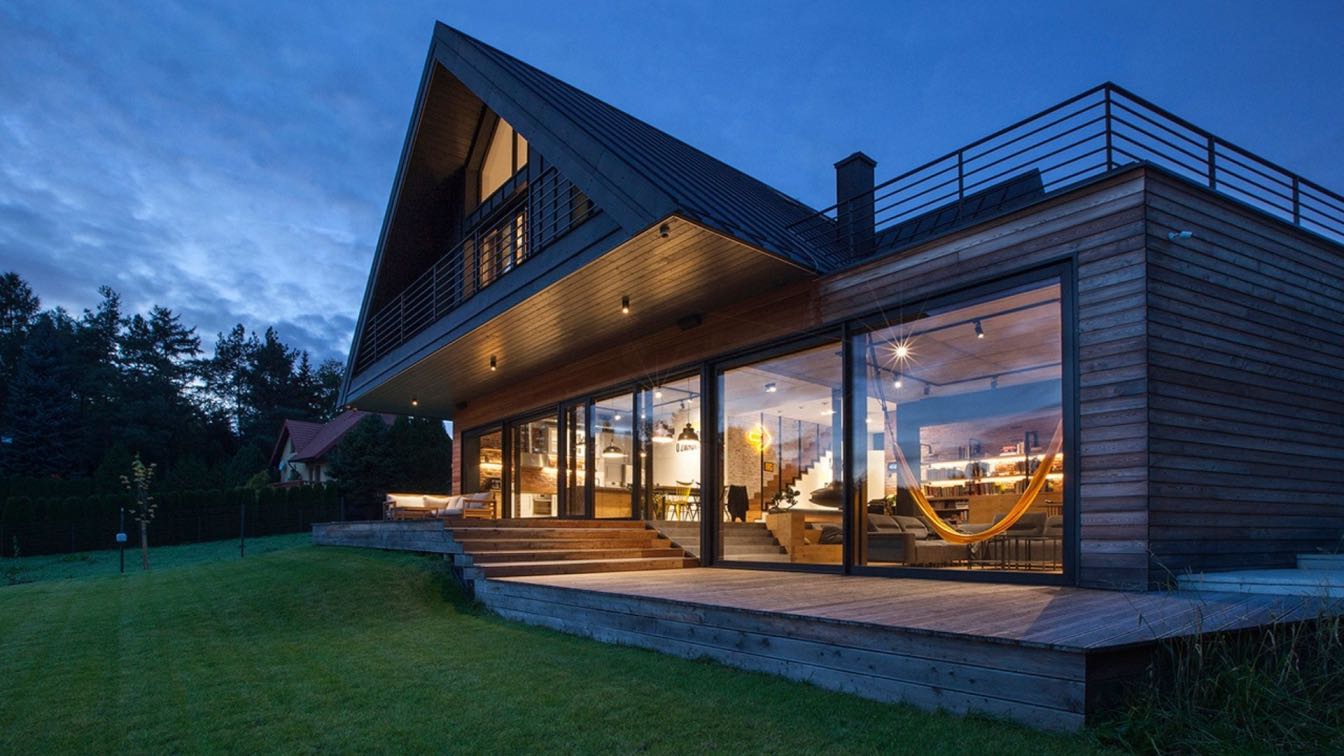 BXB Studio: The Lesser Polish Eaves Cottage is a house which was inspired by the Polish wooden arcade architecture. Eaves houses located in the market square of Lanckorona are an interesting example of such architectural solutions.

While designing the house, we followed the regulations stipulated in the Local Area and Development Plan, which only allowed for a single floor house with a gable attic. In spite of restrictive regulations, we managed to create an interesting structure of the building. We used the topography of a scenic plot of land creatively and we separated as many as five different levels, legally falling within the definition of a two-storey building.

A ground floor from the entrance and the garage entrance side is connected with the existing ground level. Then in the living area – kitchen and dining room – the level is slightly sloping, opening the high interiors onto the magnificent view.  Further down, directly on the ground level, the living-room space is located. In the central part of the living area, where we placed a fireplace, a multi-step drop is formed. It cuts through the glass pane and is continued outside. The inside part of the drop forms a seating space, a form of a multi-level auditorium or unusual guest space arrangement. Outside it forms contemporary arcade stairs, a dynamic stylistic accent, binding in a harmonious way the ground-floor solid with the gable form of the soaring attic. 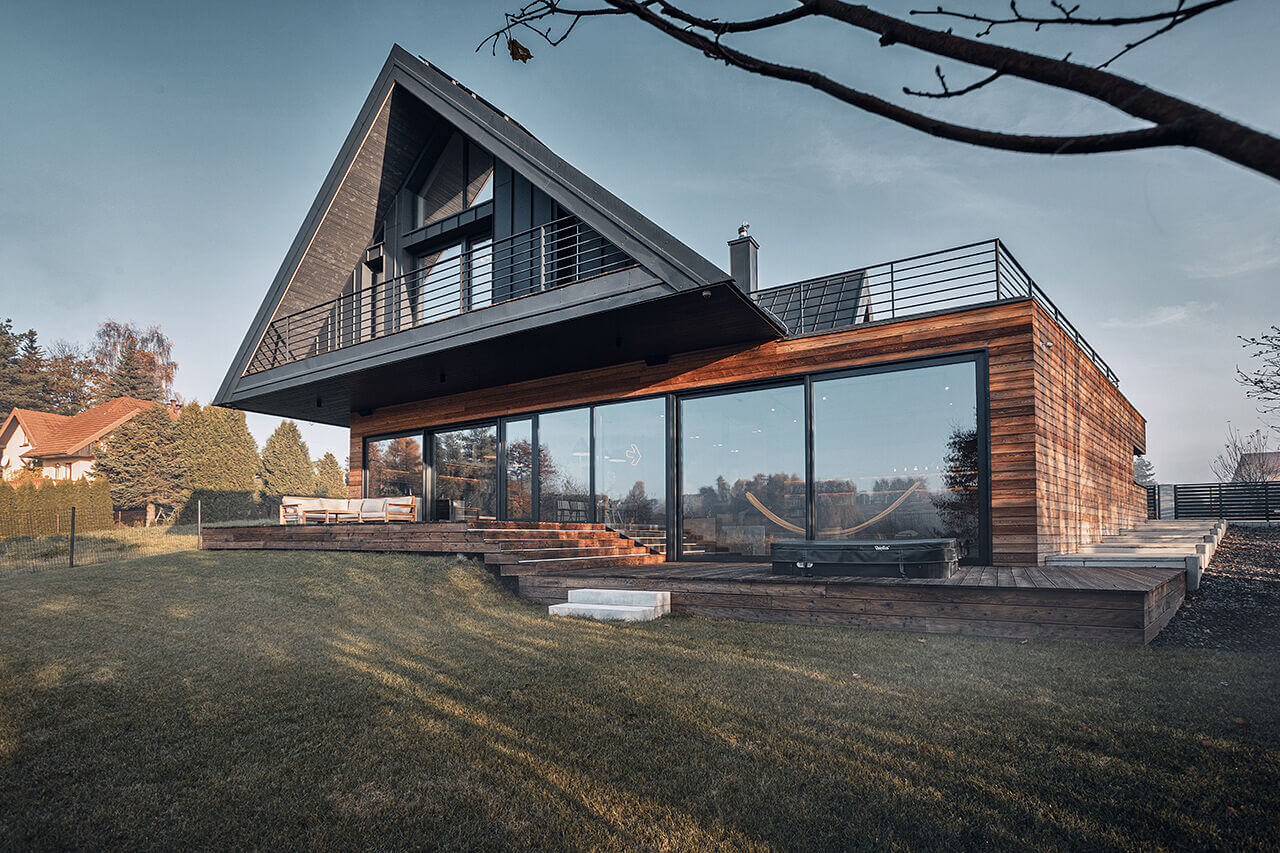 The ground floor, which is modernist and entirely glazed from the south side, was finished with naturally patinating and aging wood, as seen in historical eaves houses. The contrasting, expressive form of the attic was finished with the use of modern material, Ruukki Classic roofing sheet, which defines the precise architectural detail.

The minimalistic solid of the attic, enclosed in a puristic triangle and tucked with the roofing sheet creates a distinct arcade, protecting the house against sun and rain. From the south side the attic houses the interior of a scenic bedroom, open up to the ridge and from the north side – two-level study with a mezzanine on the highest, already fifth level.

The Lesser Polish Eaves Cottage is a designer house, but in the same time it is durable and timeless, as it is firmly rooted in tradition.  We strongly believe in BXB studio that this is the factor which makes it something more than just another modern building. 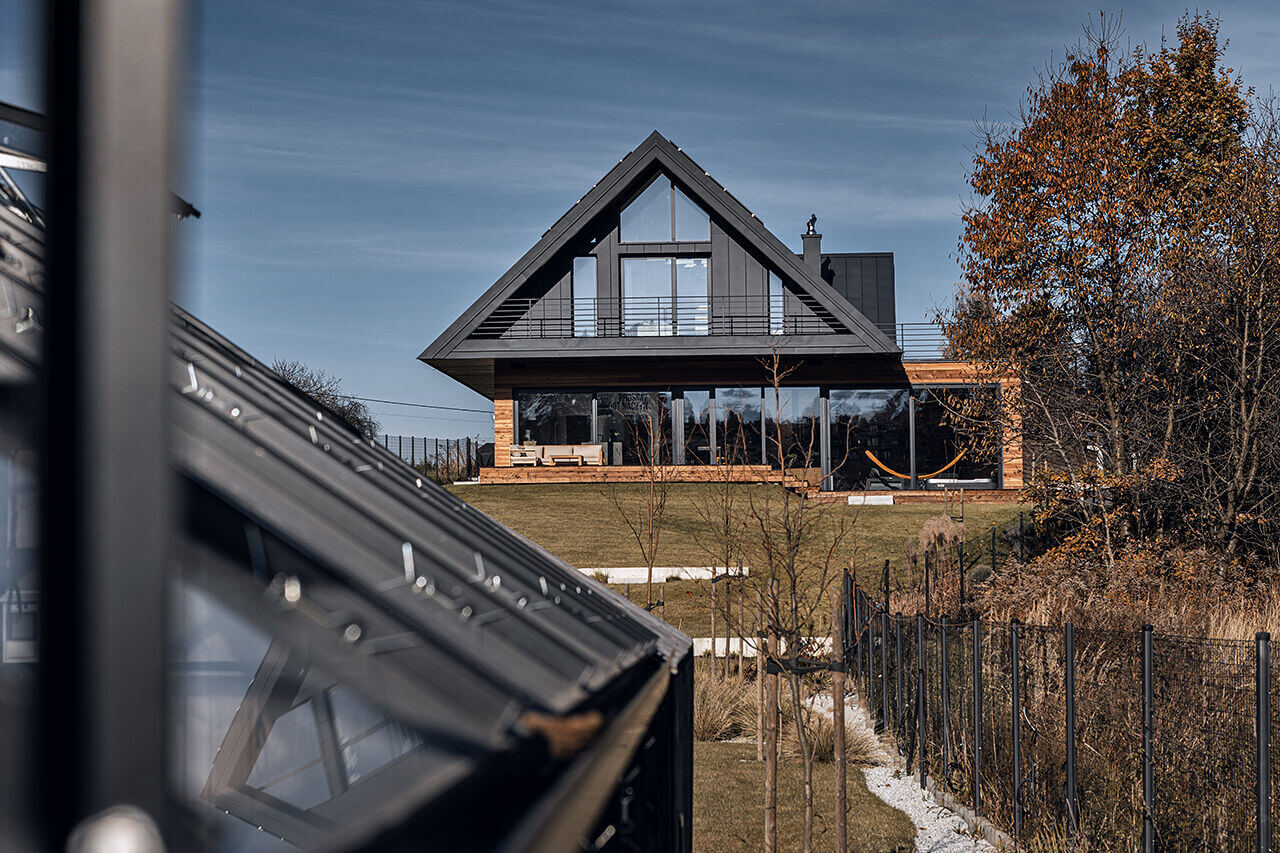 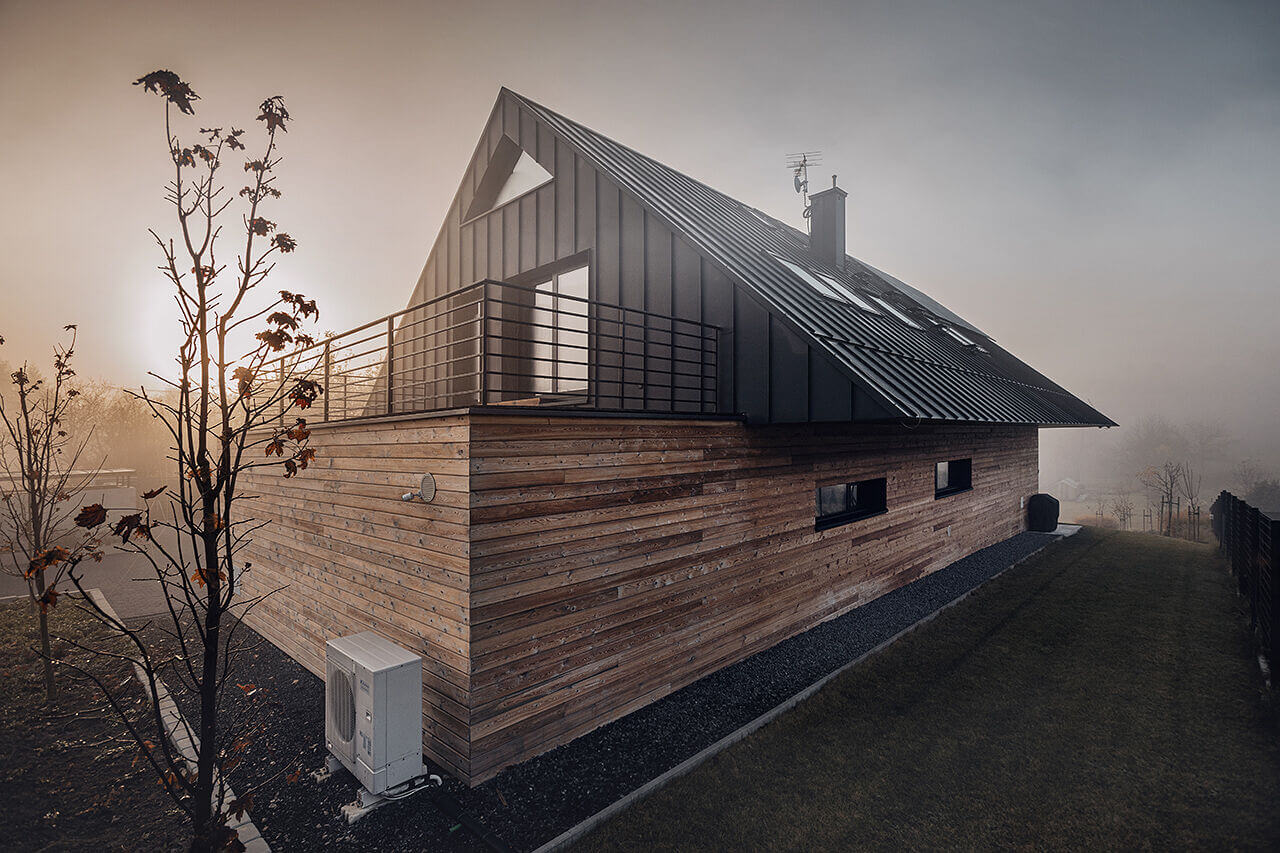 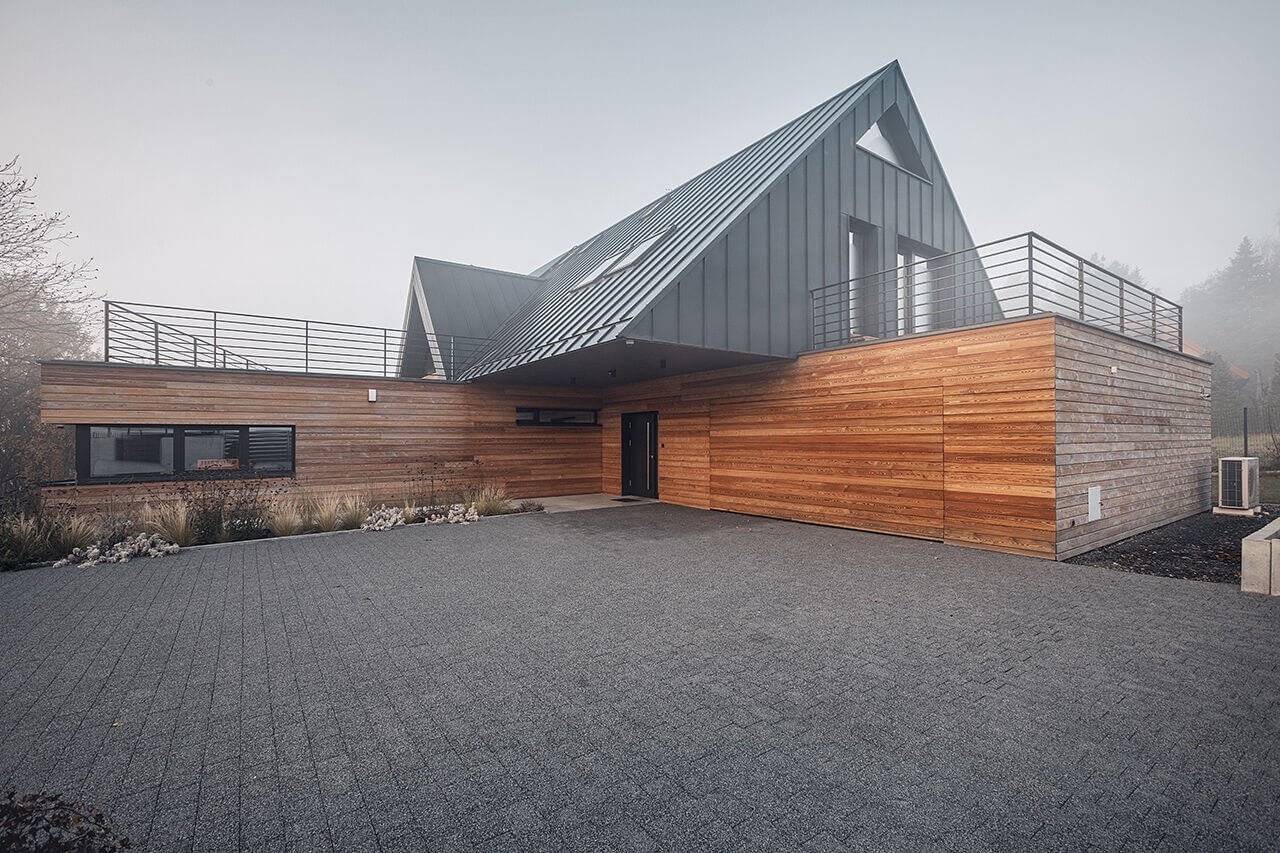 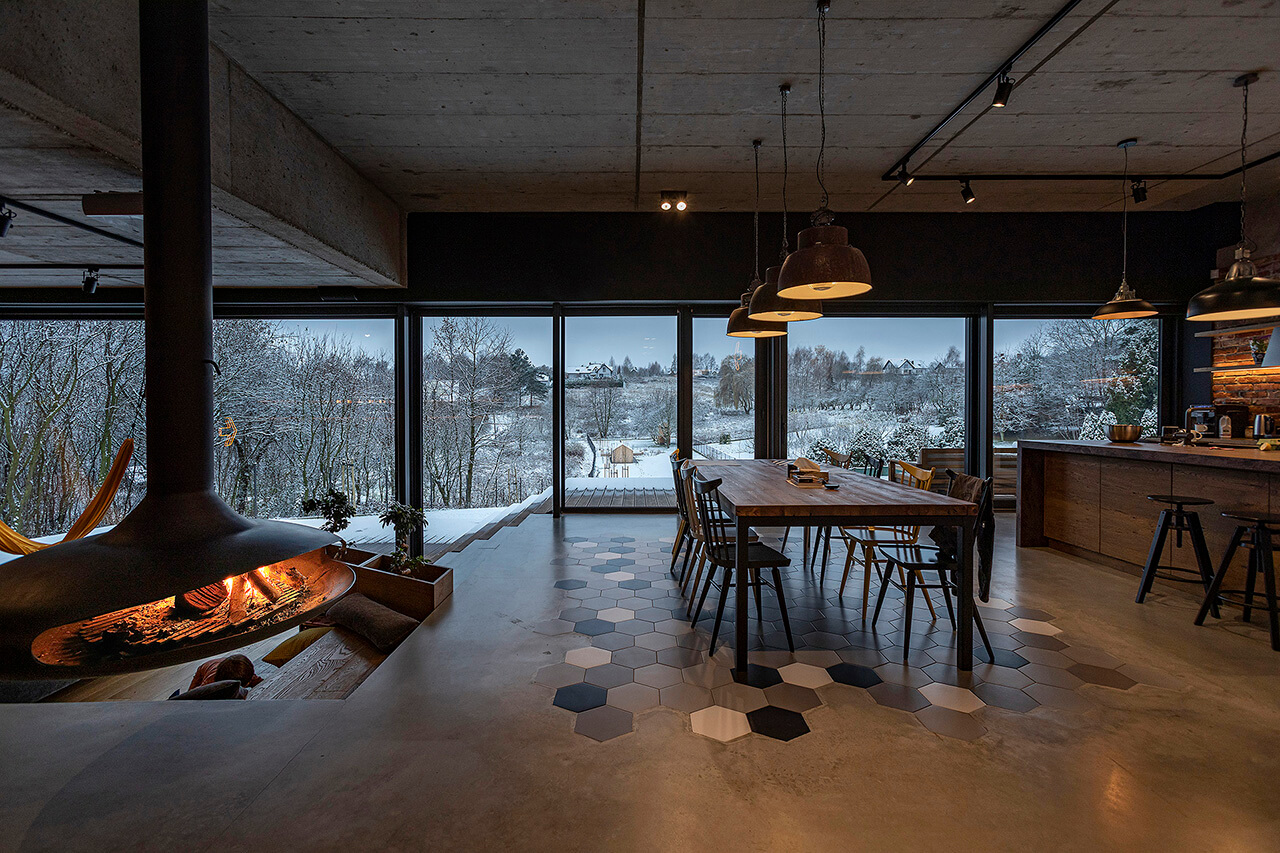 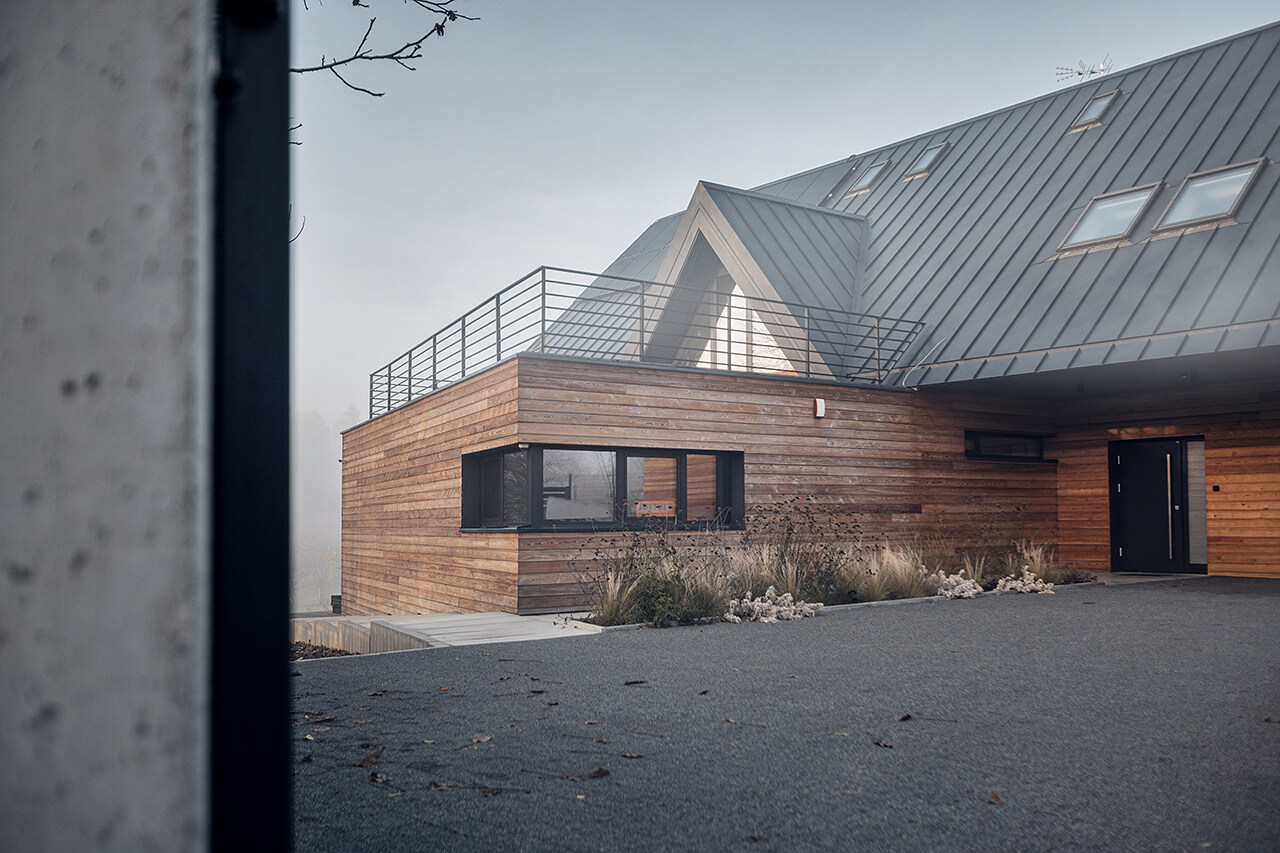 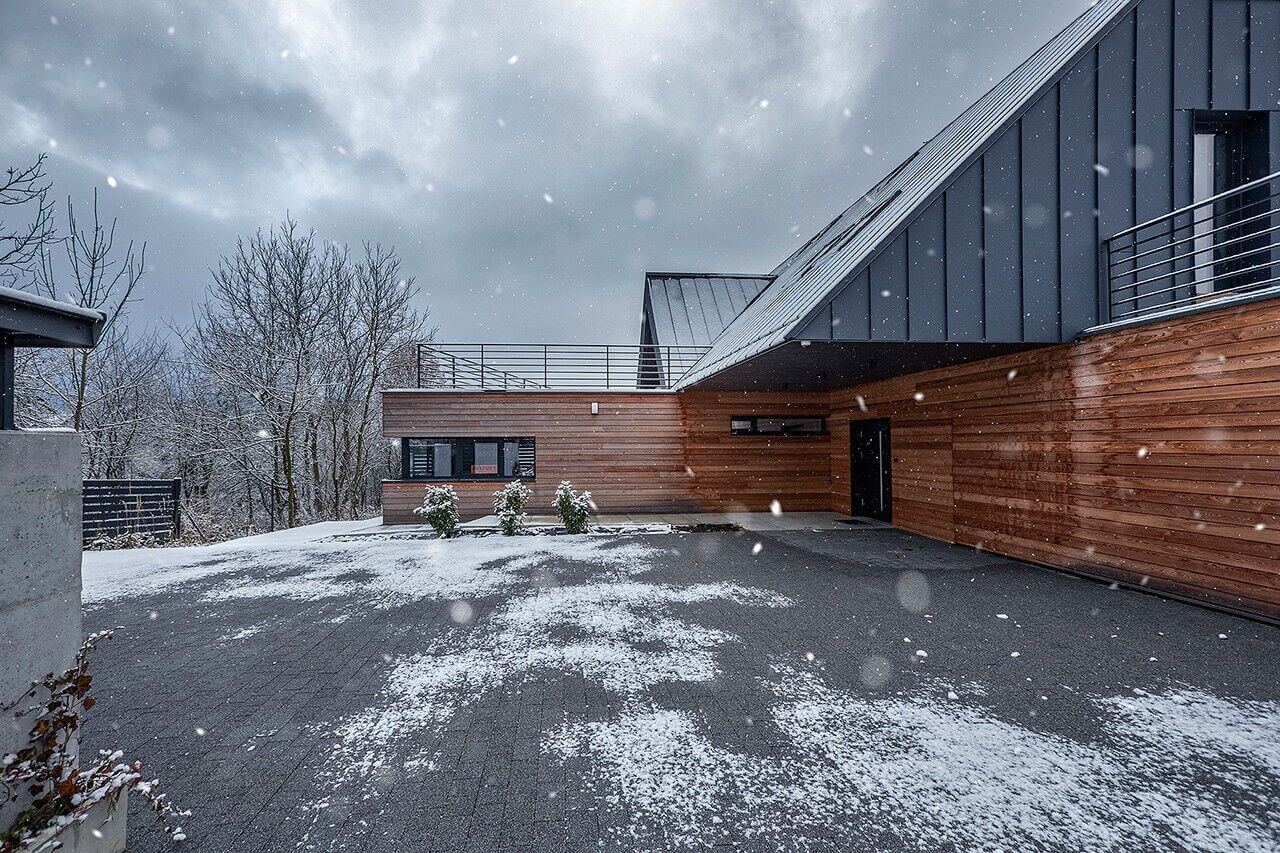 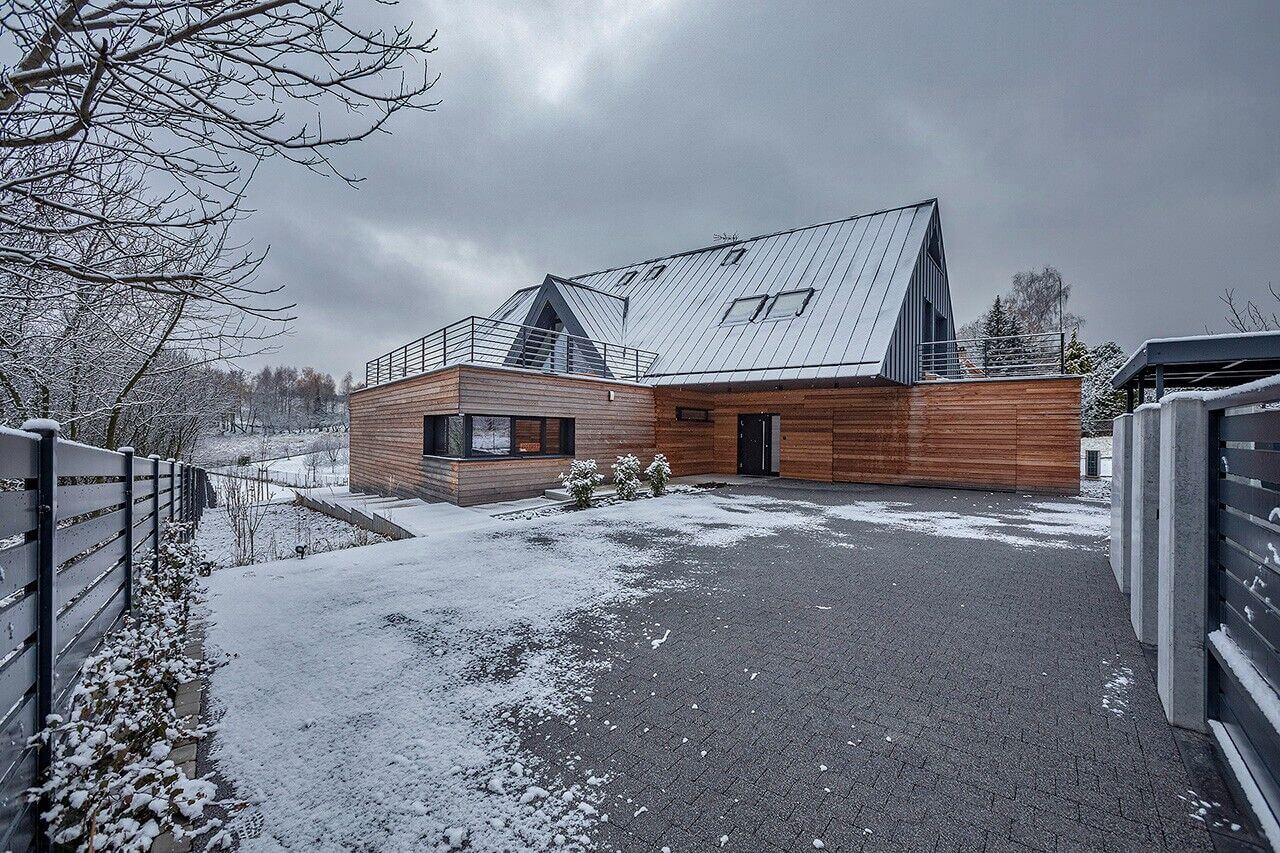 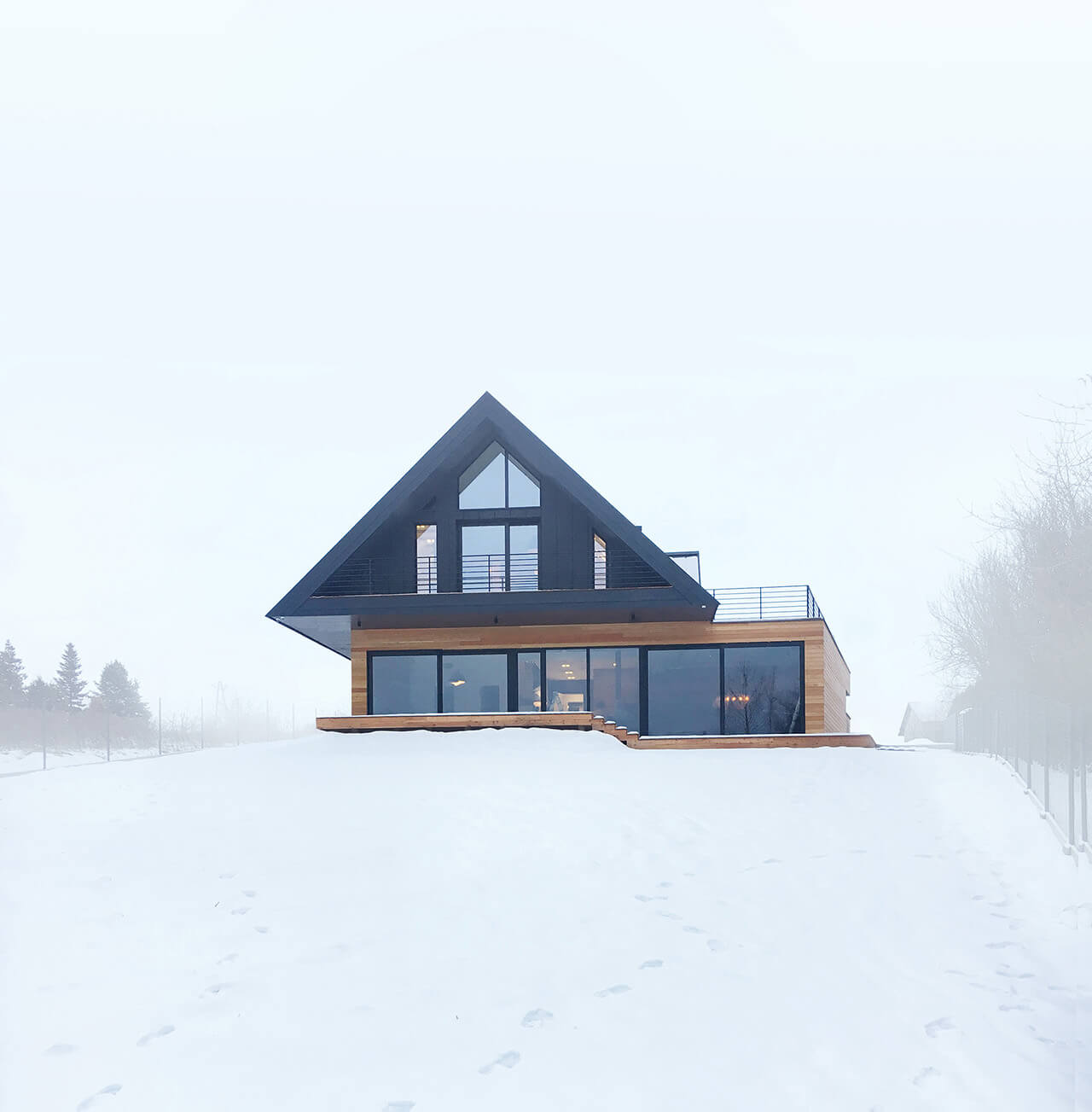 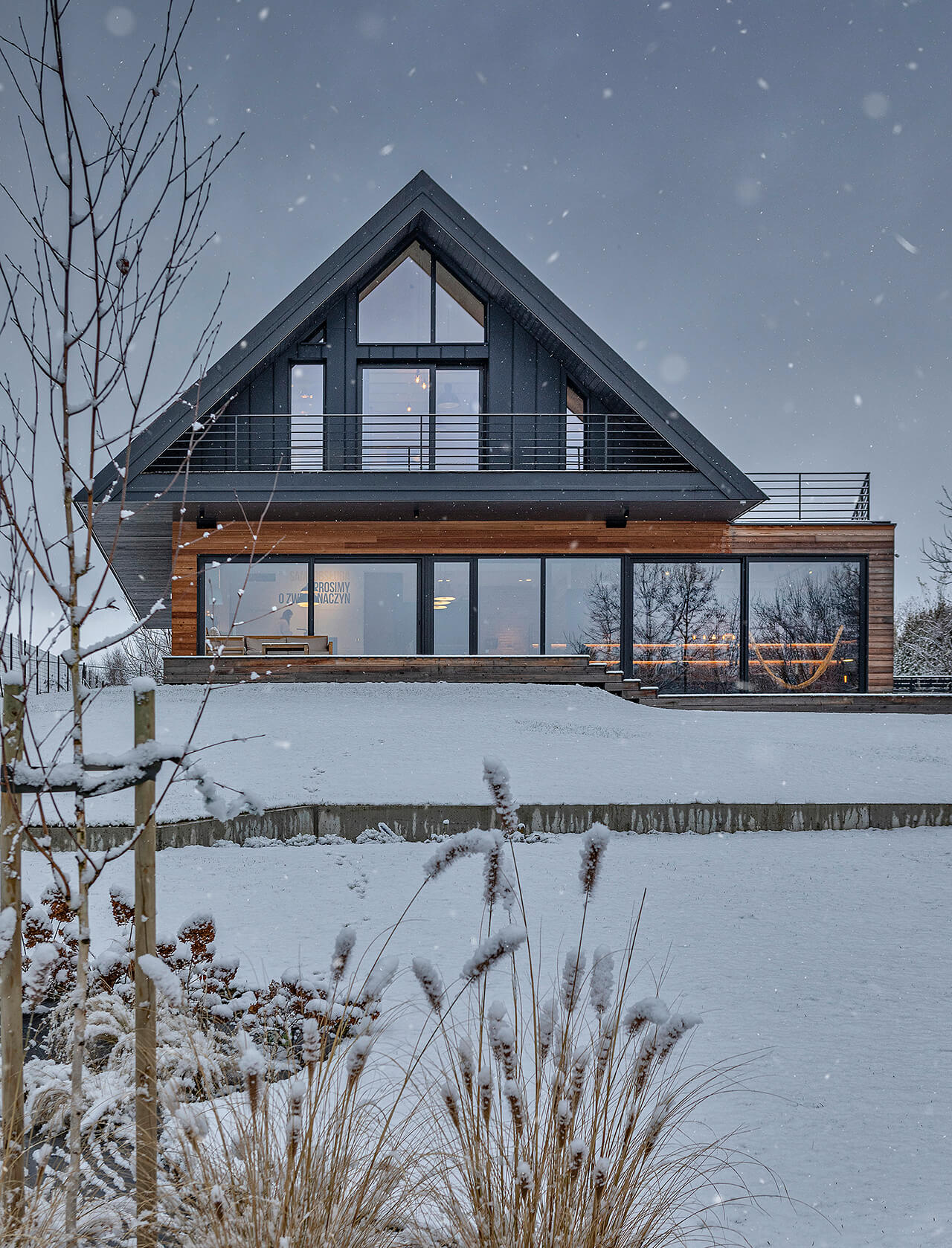 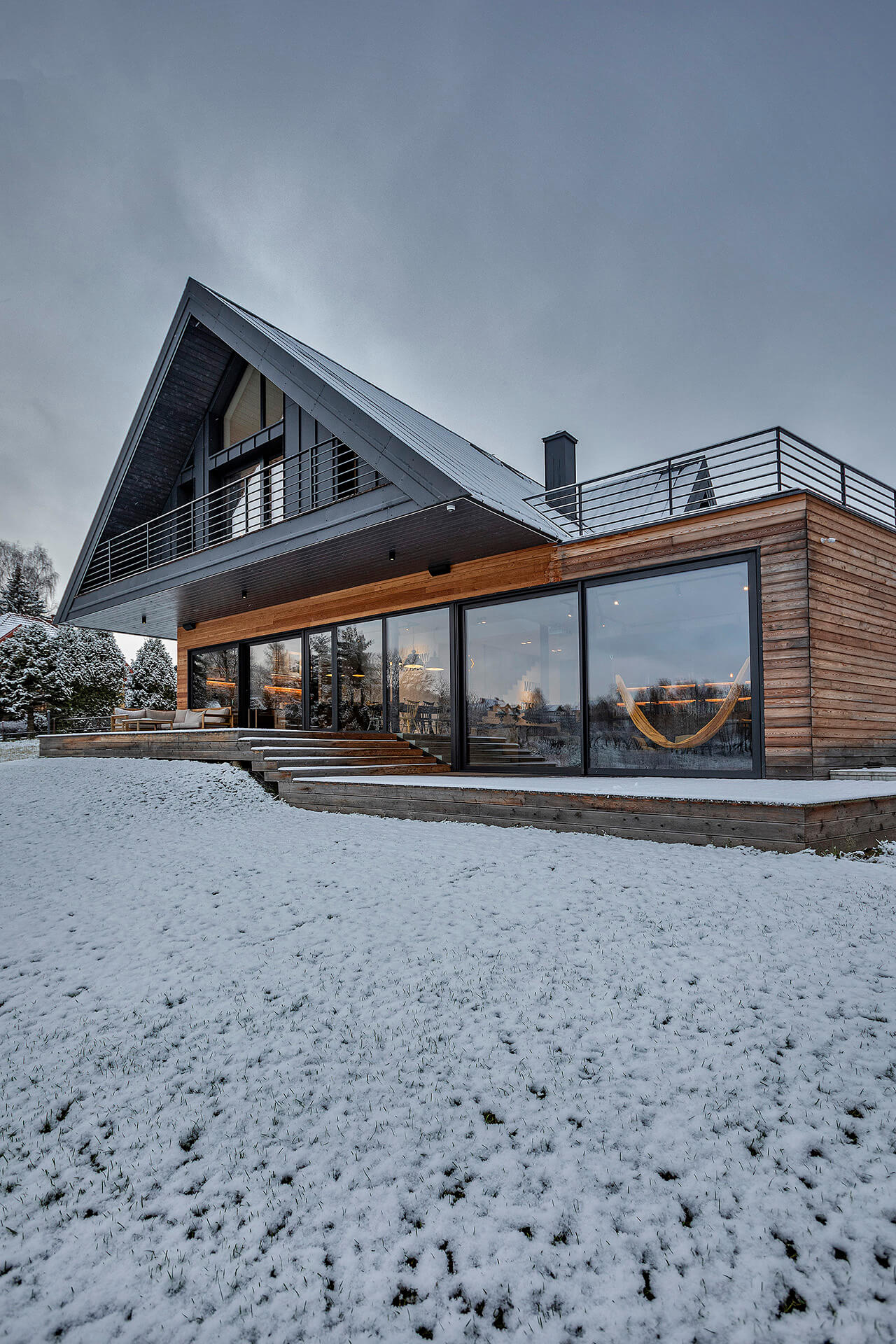 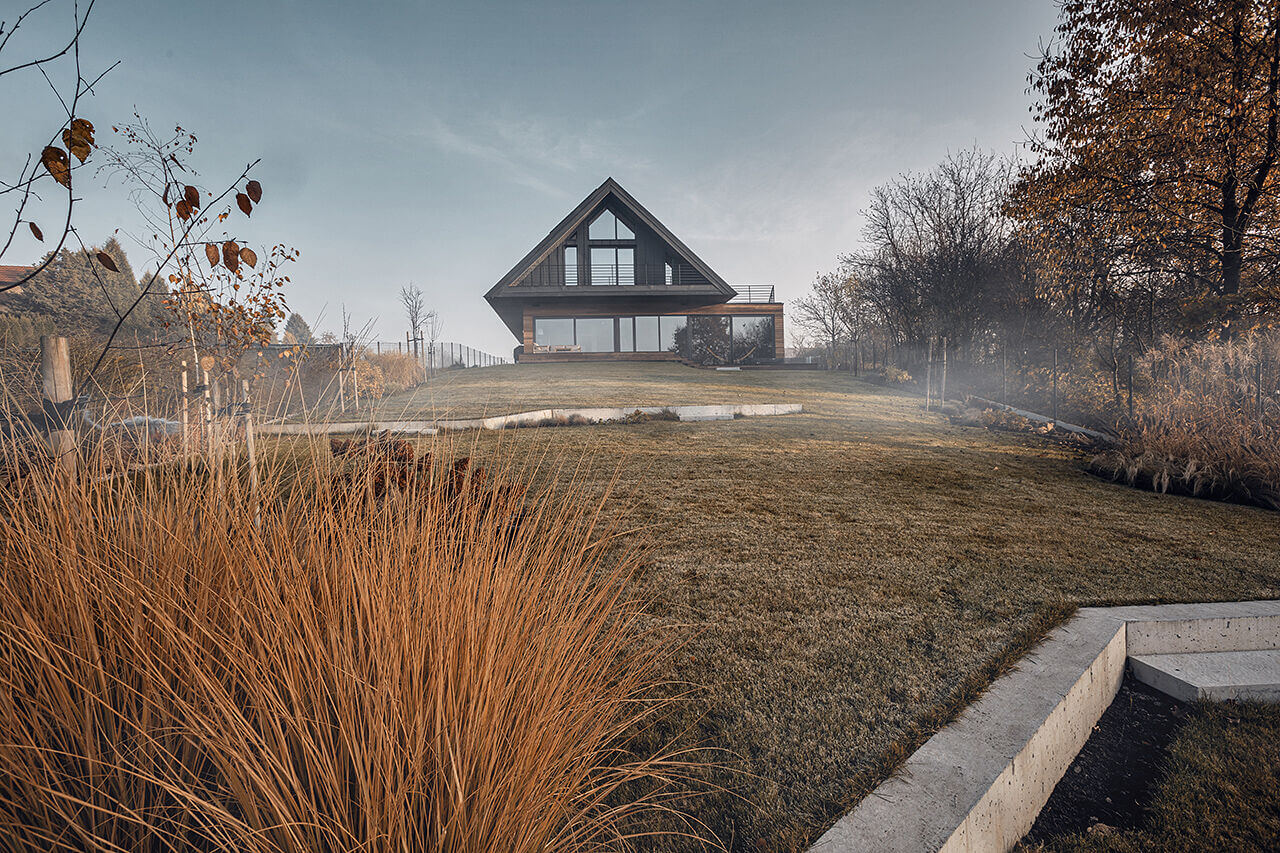 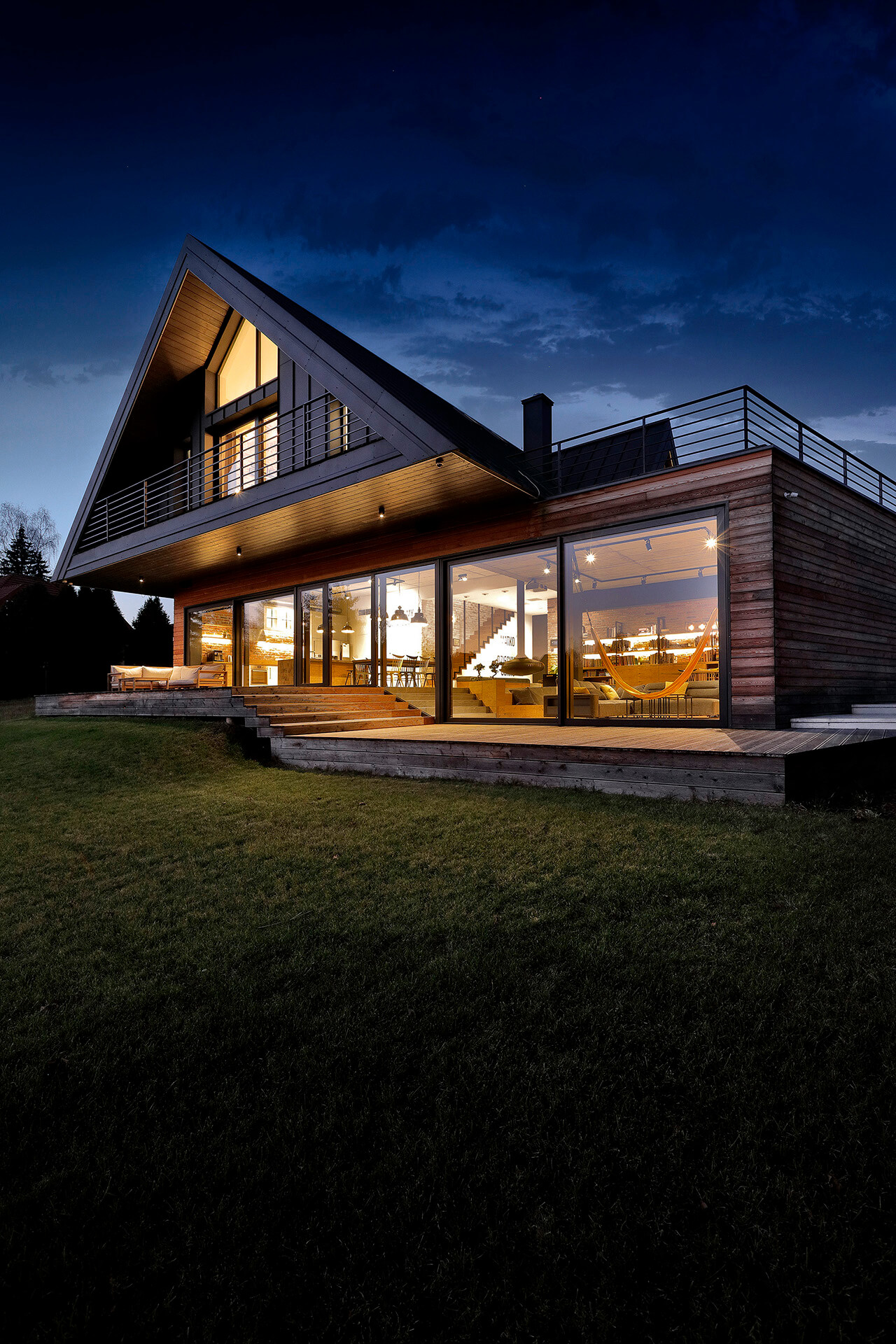 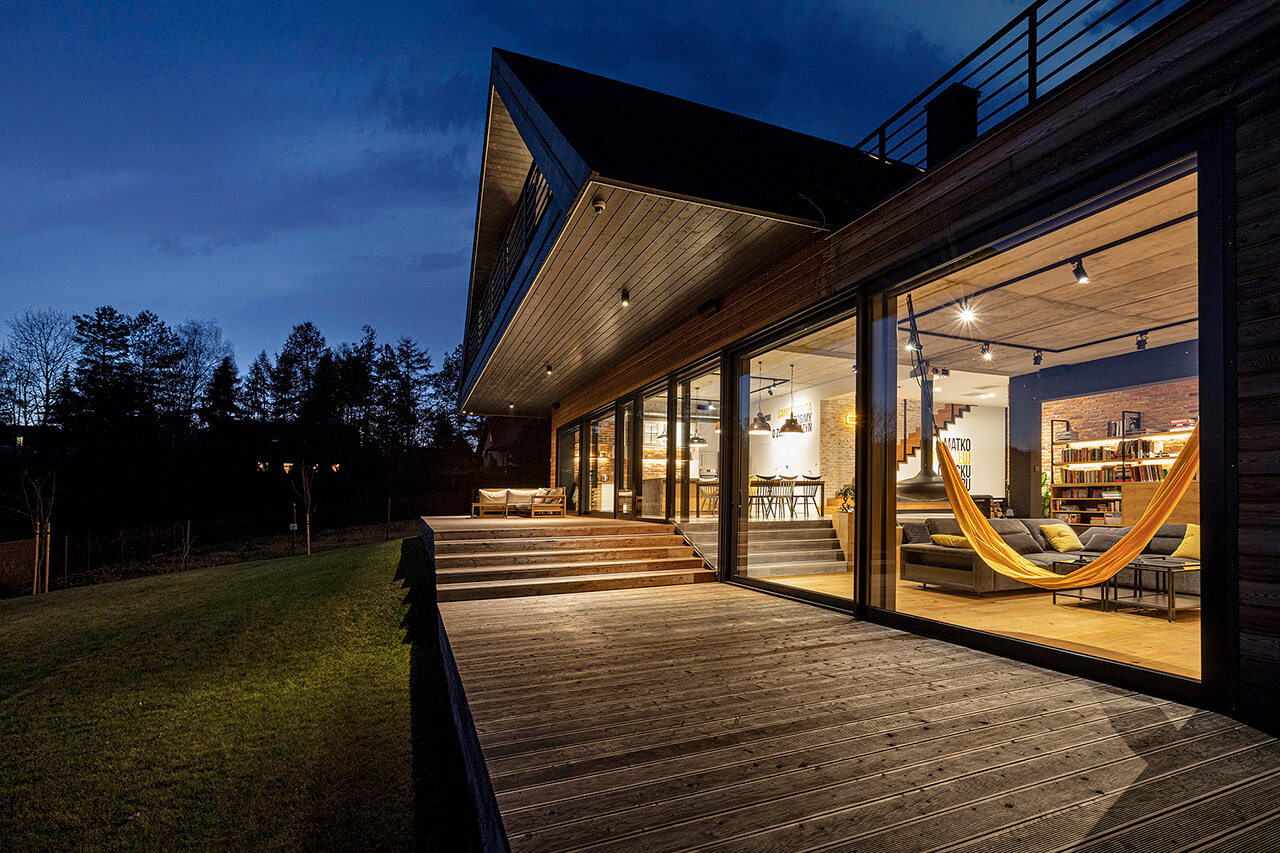 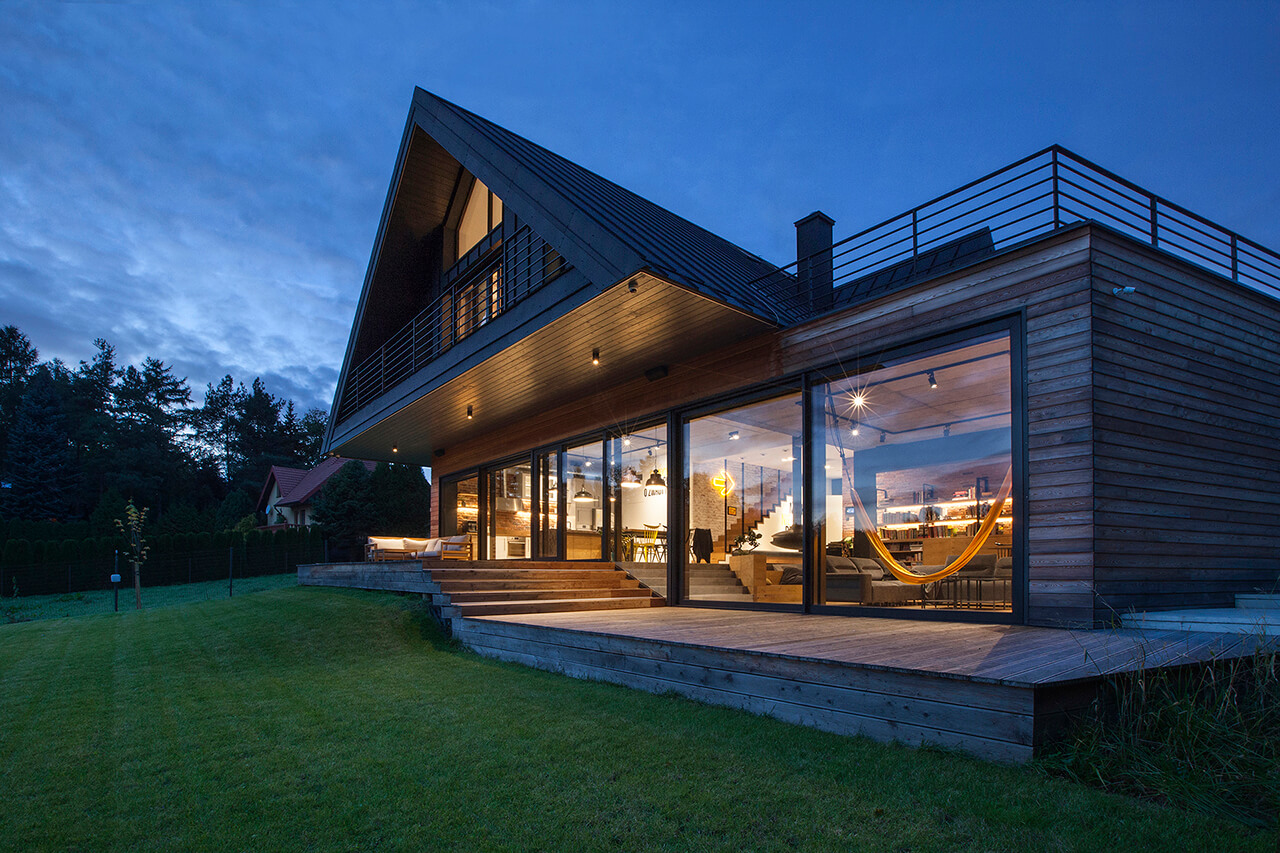 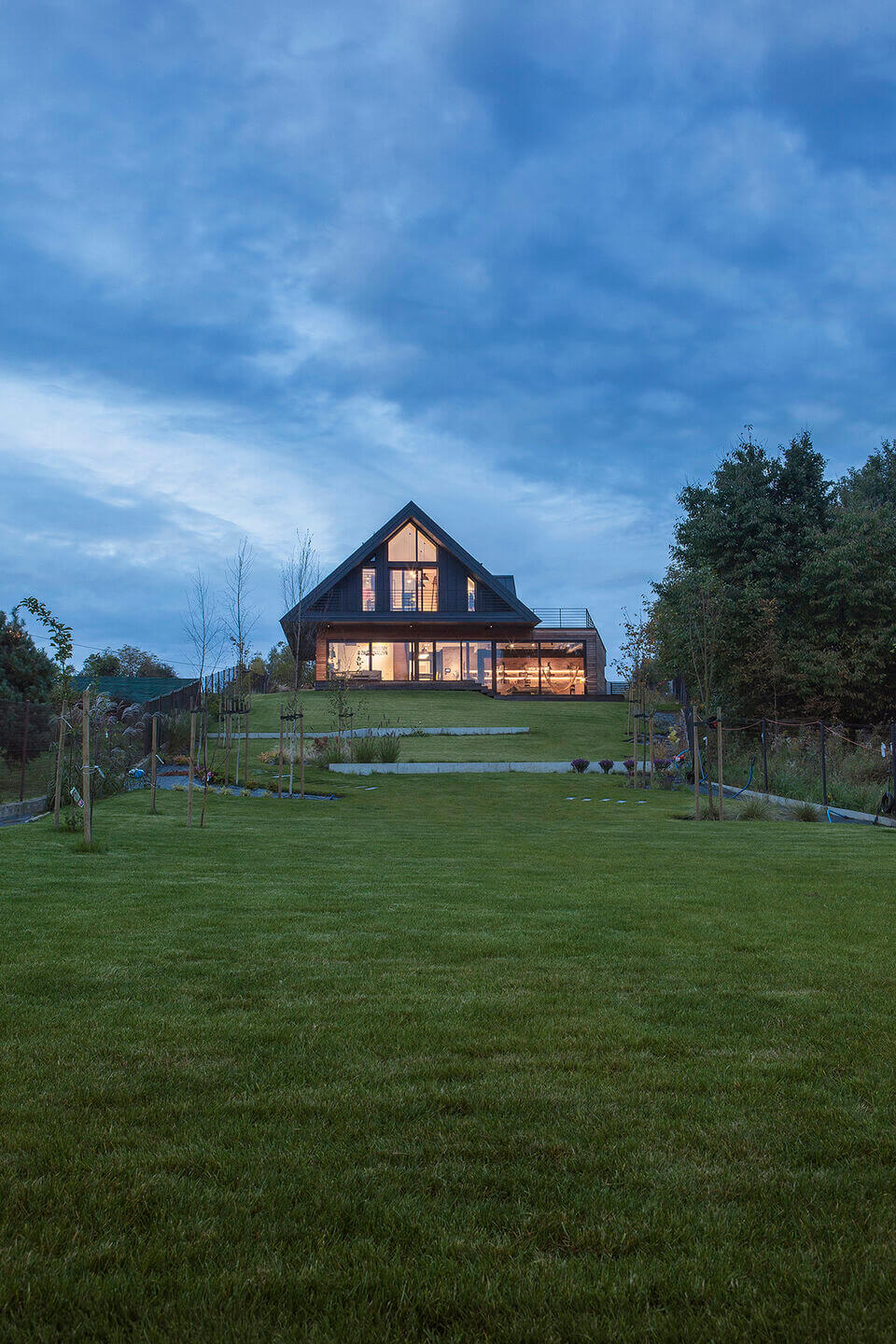 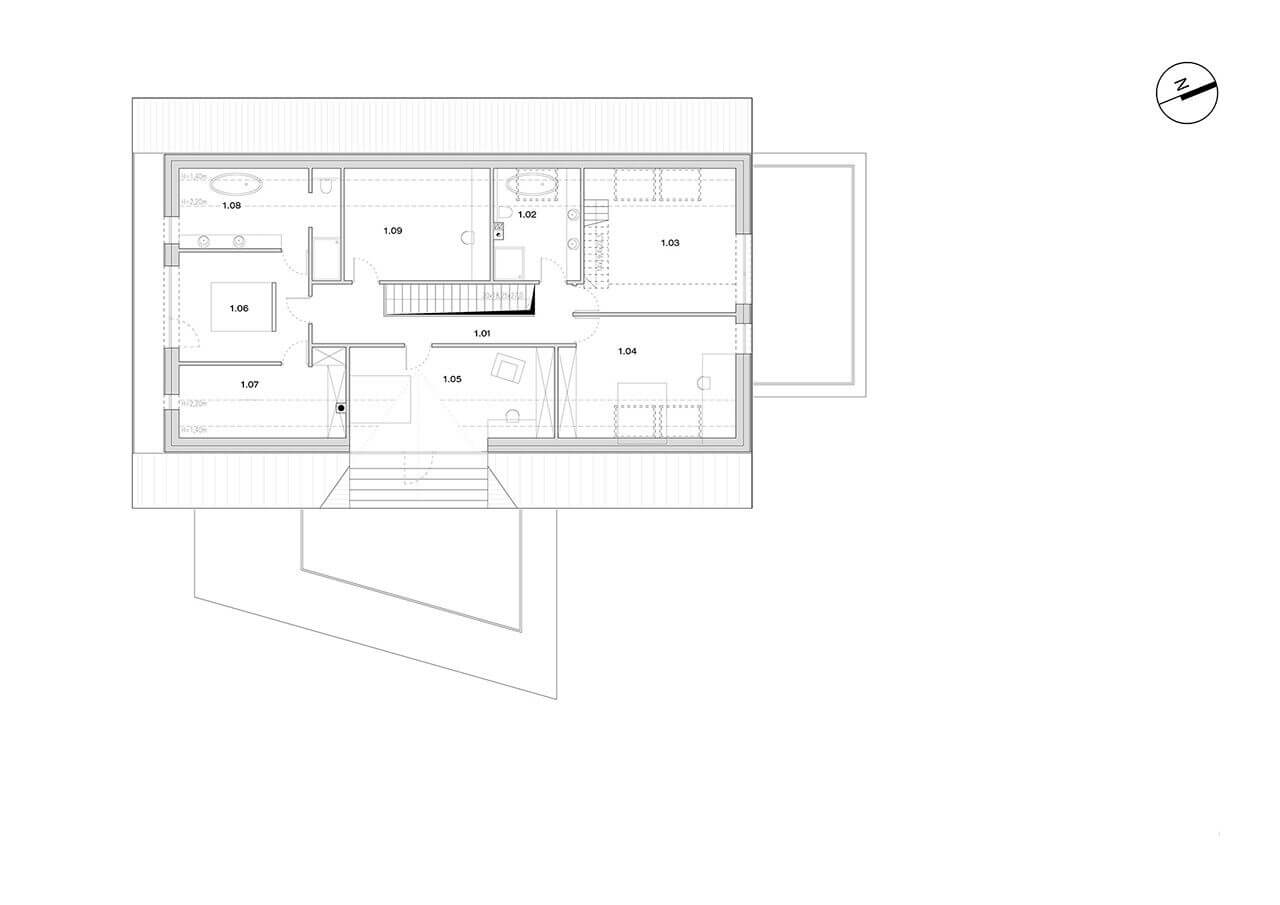 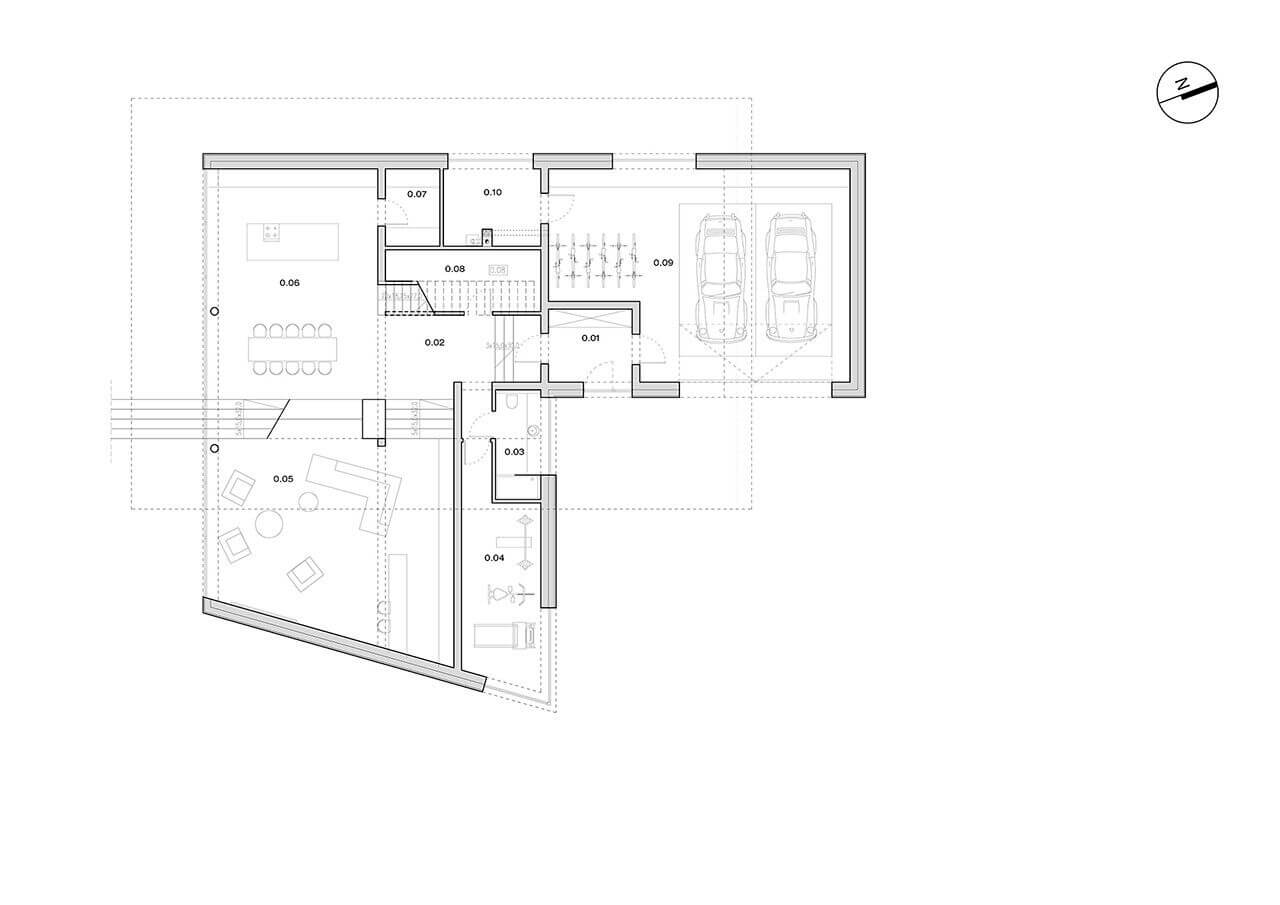 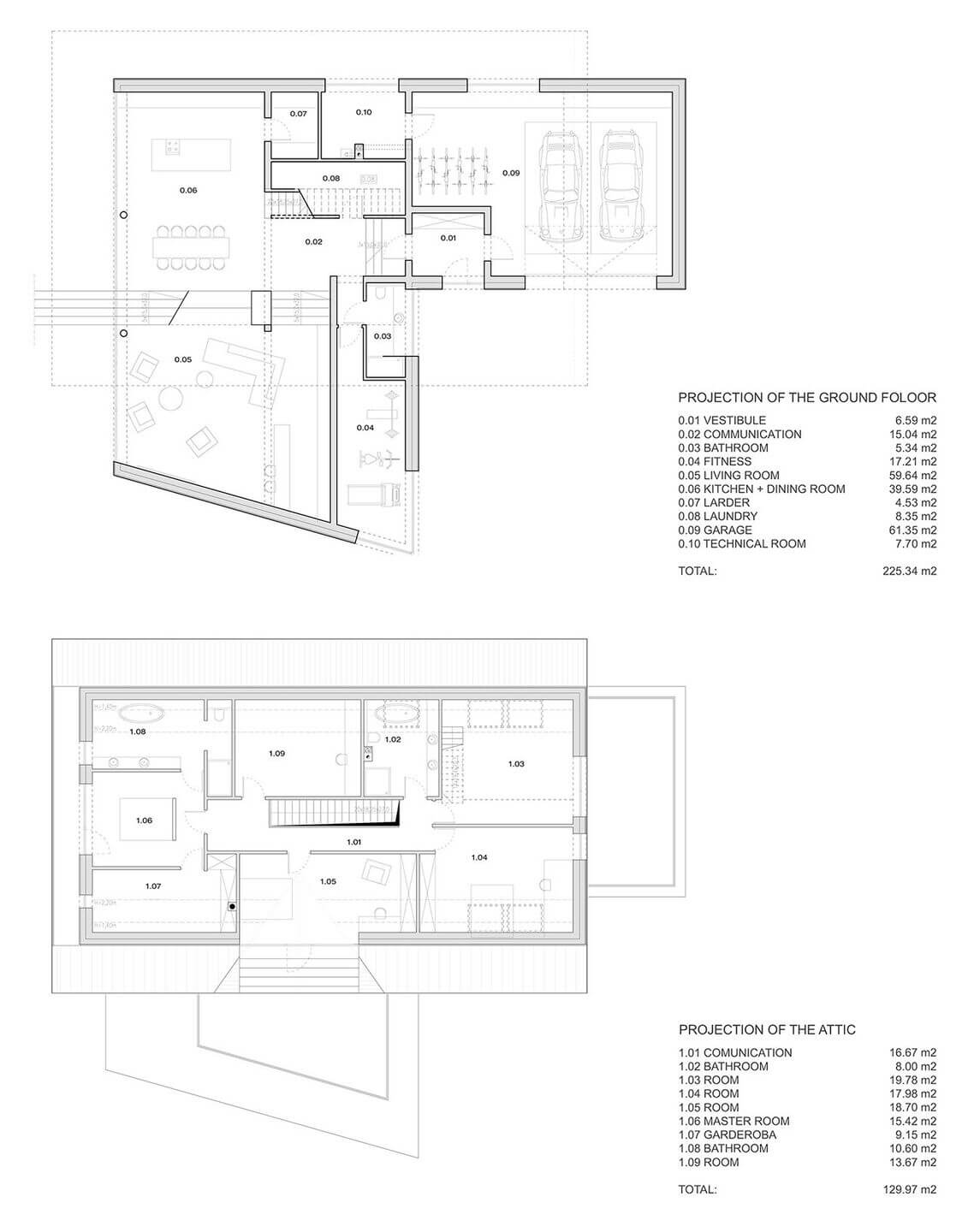 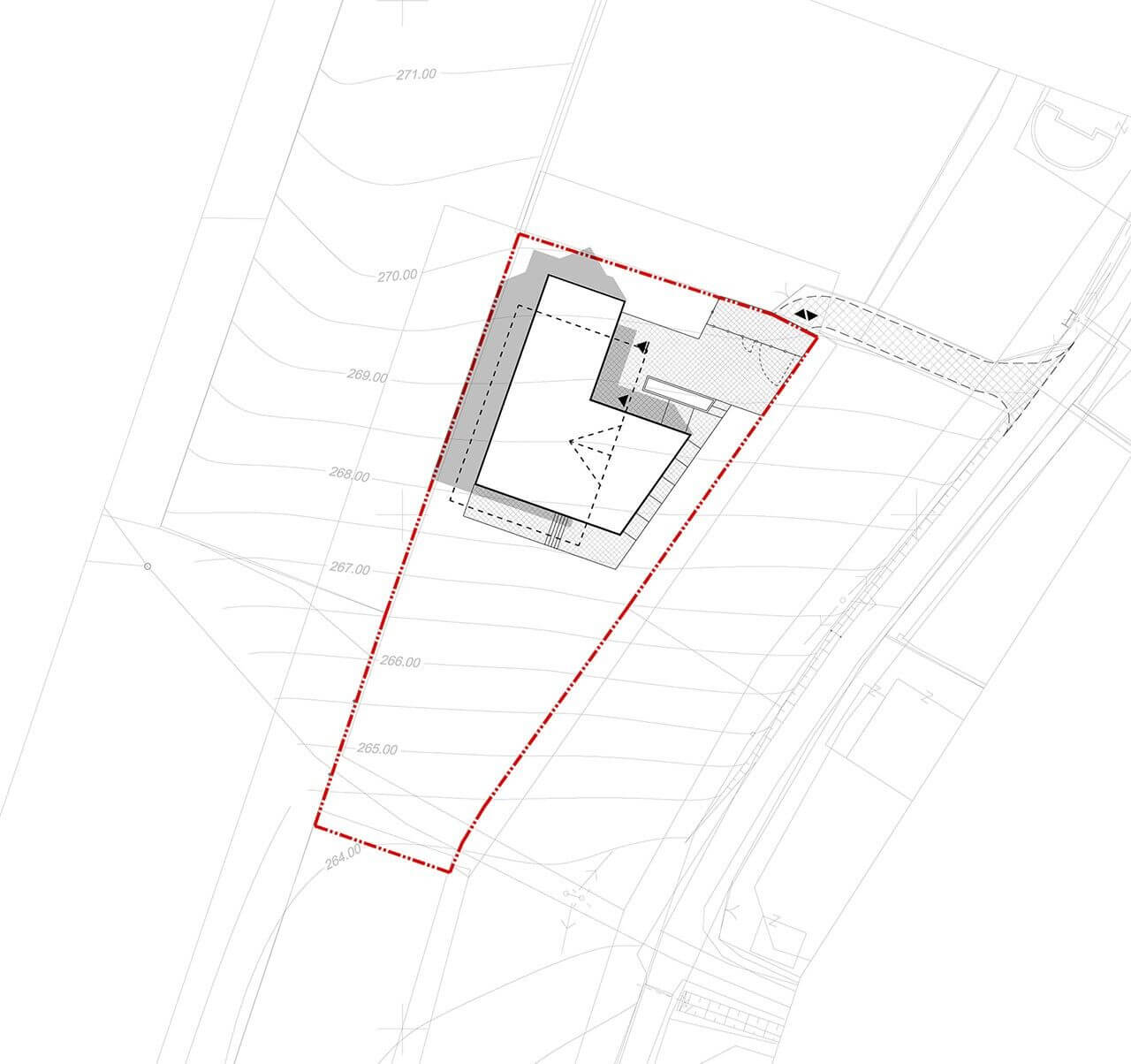 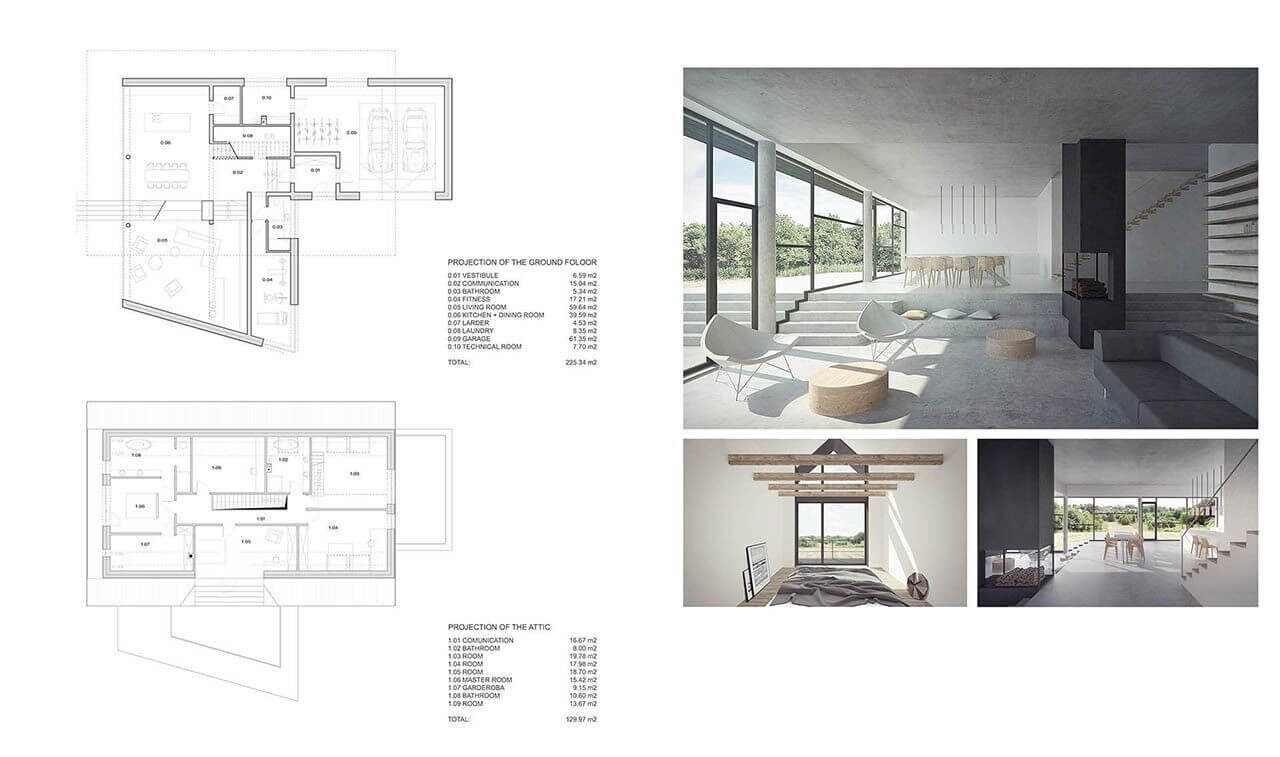 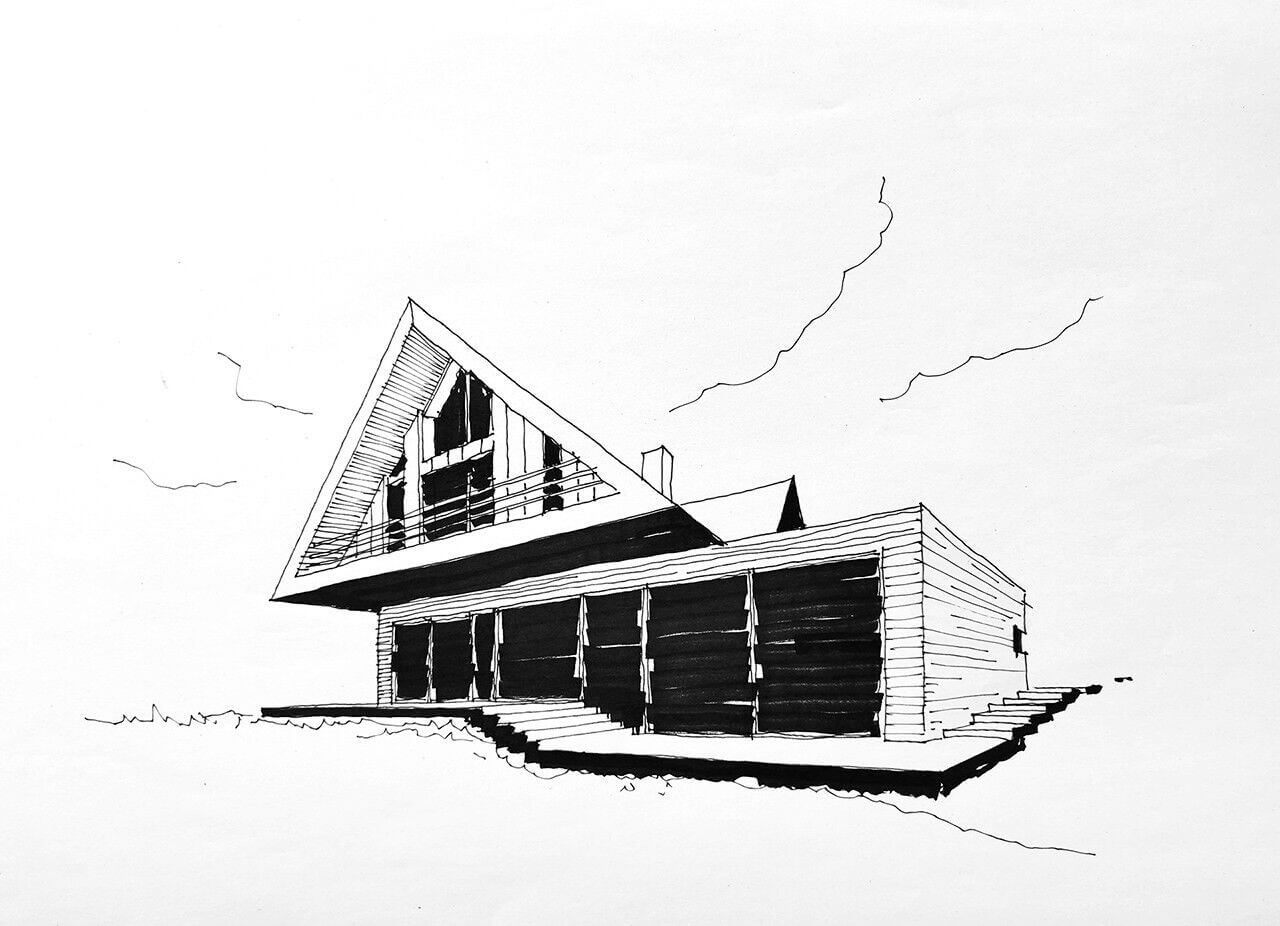 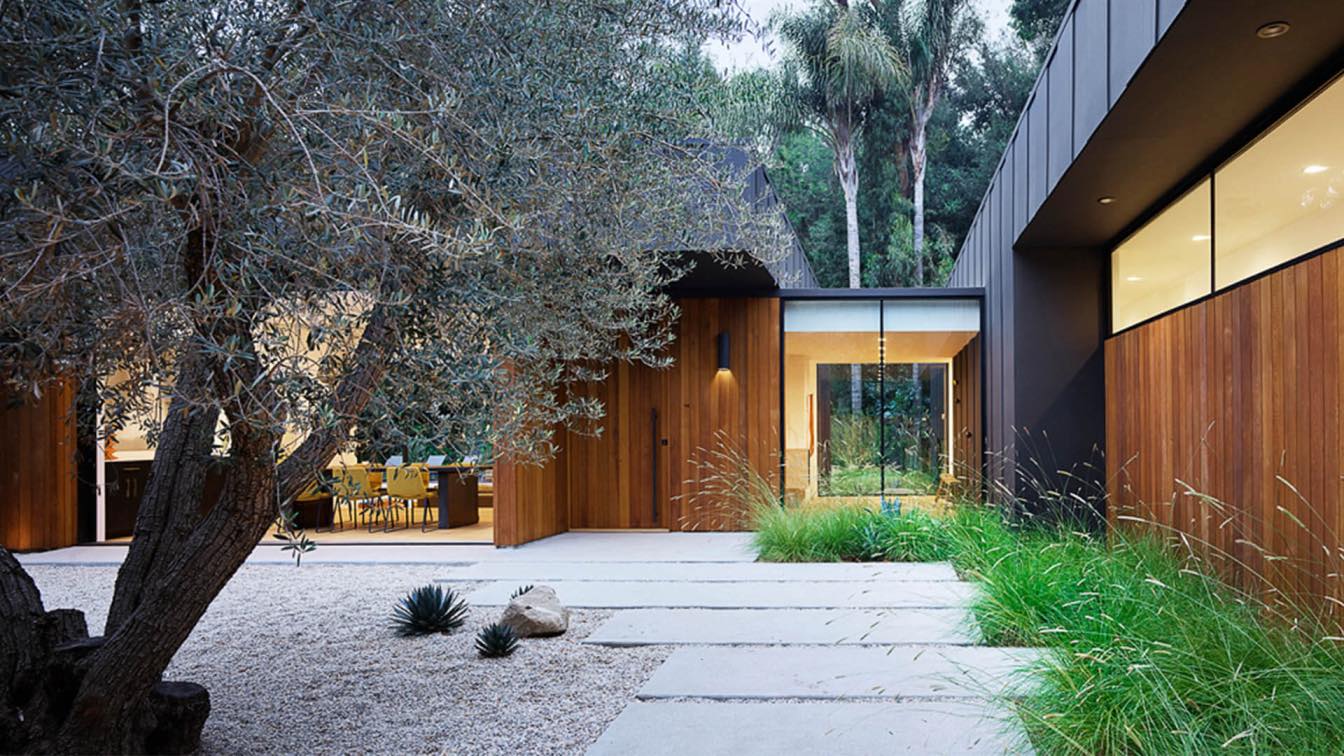 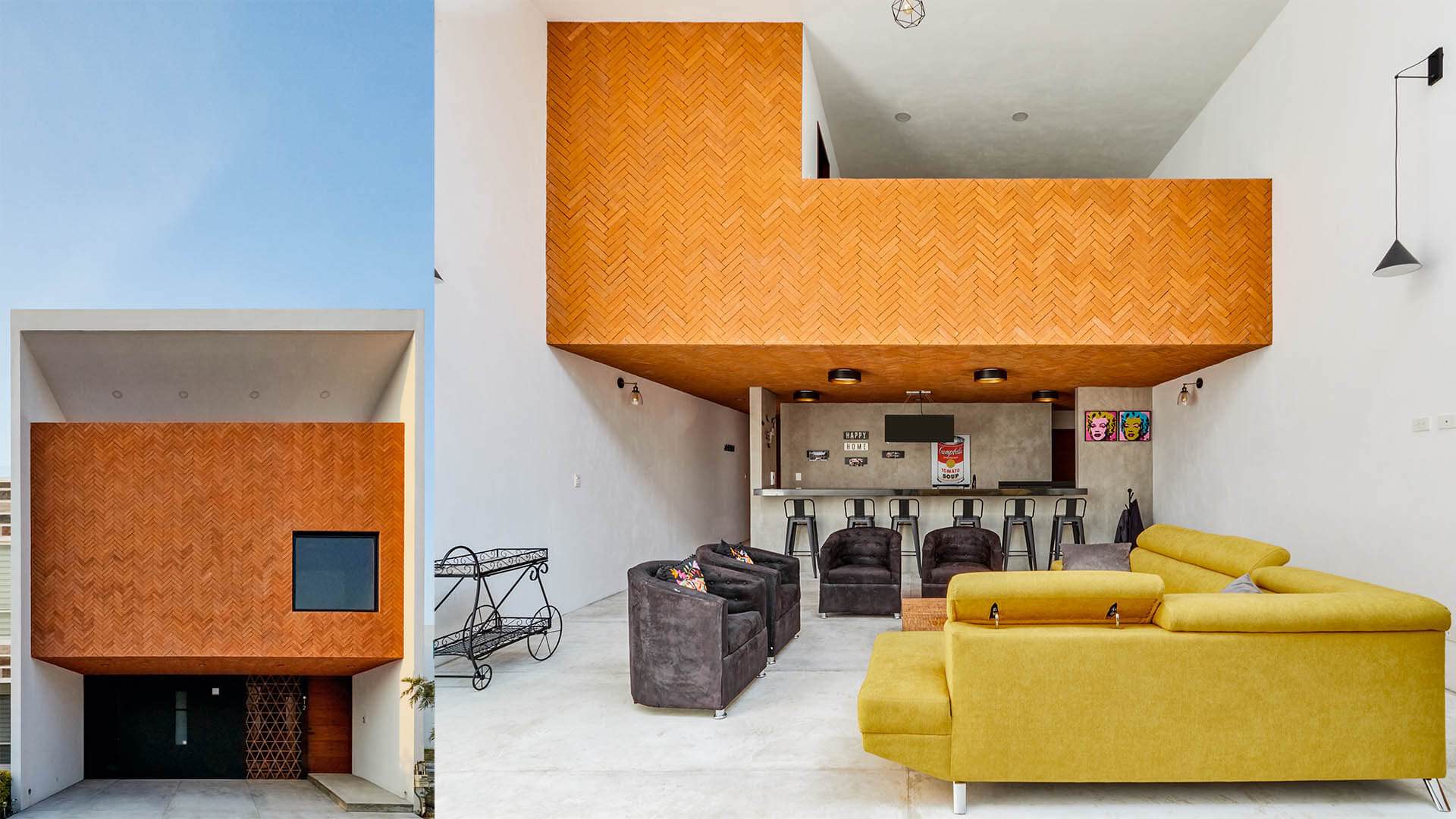 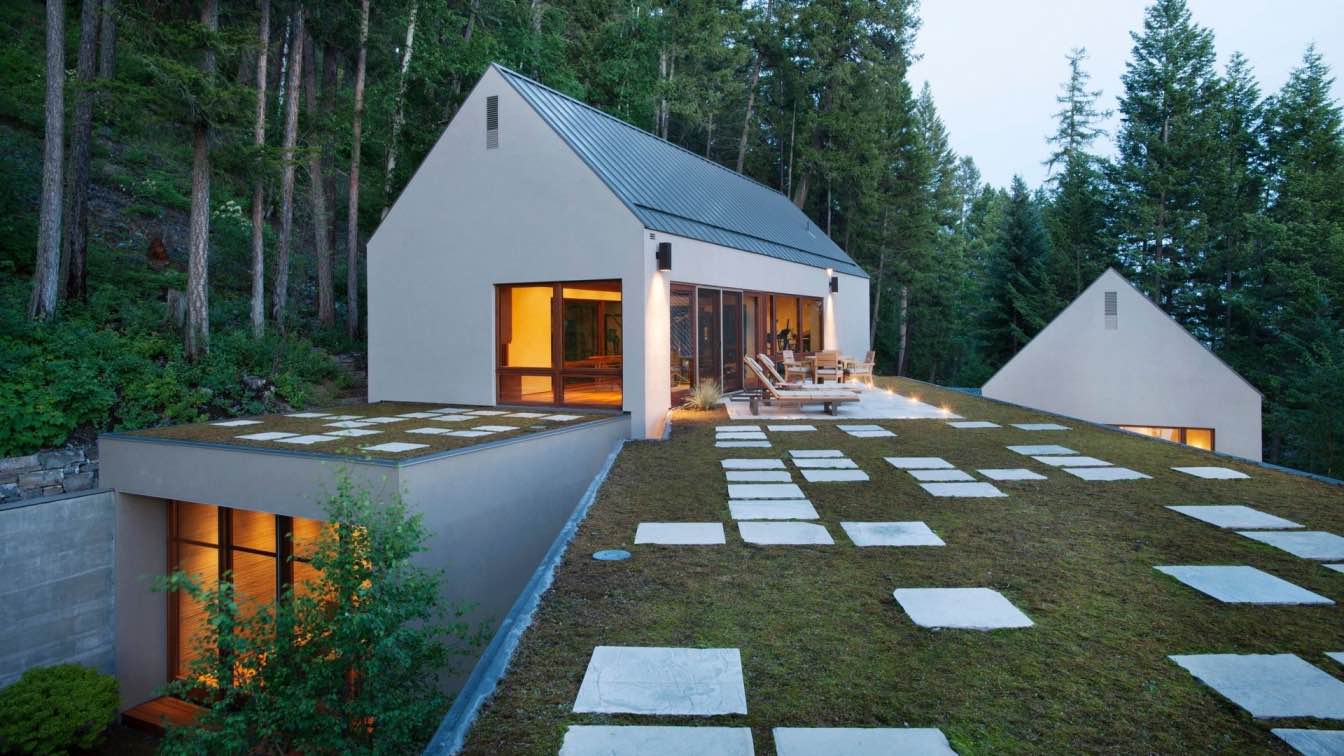 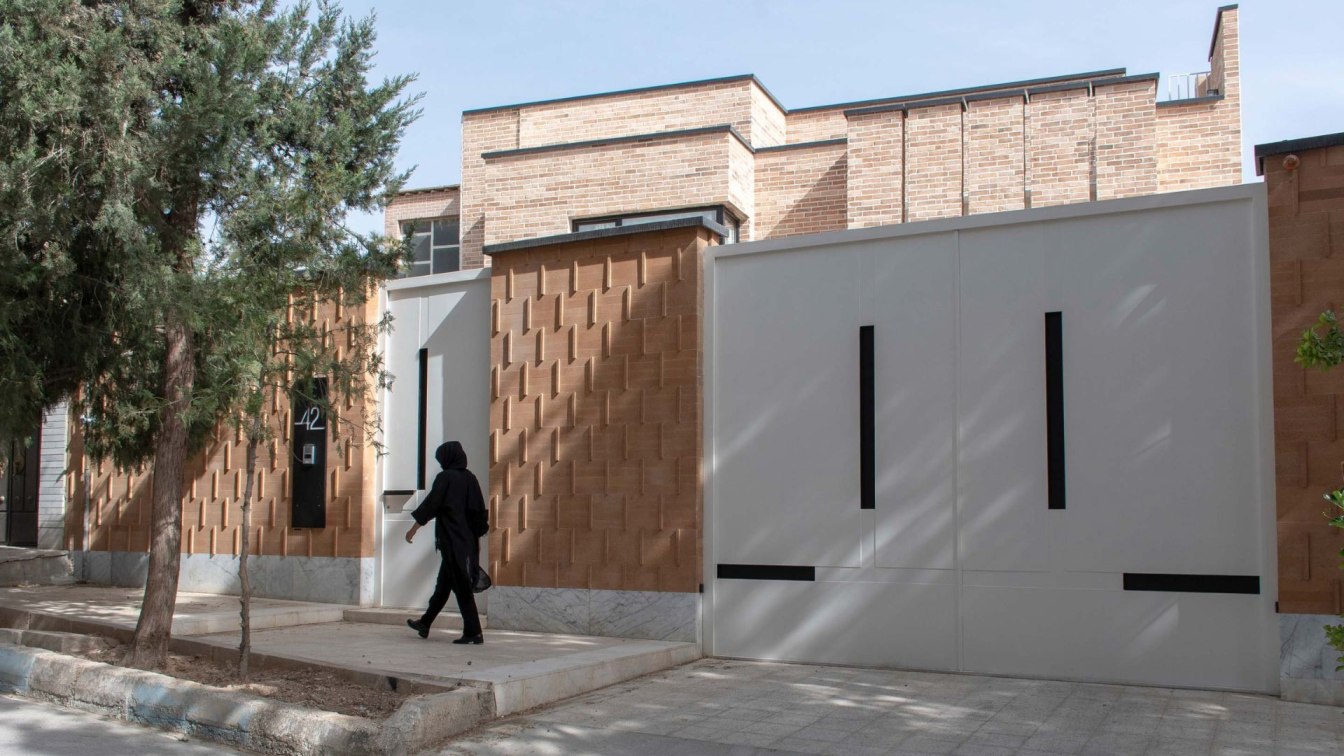 A House In The Pursuit Of Light in Isfahan, Iran by BAM Architects Office