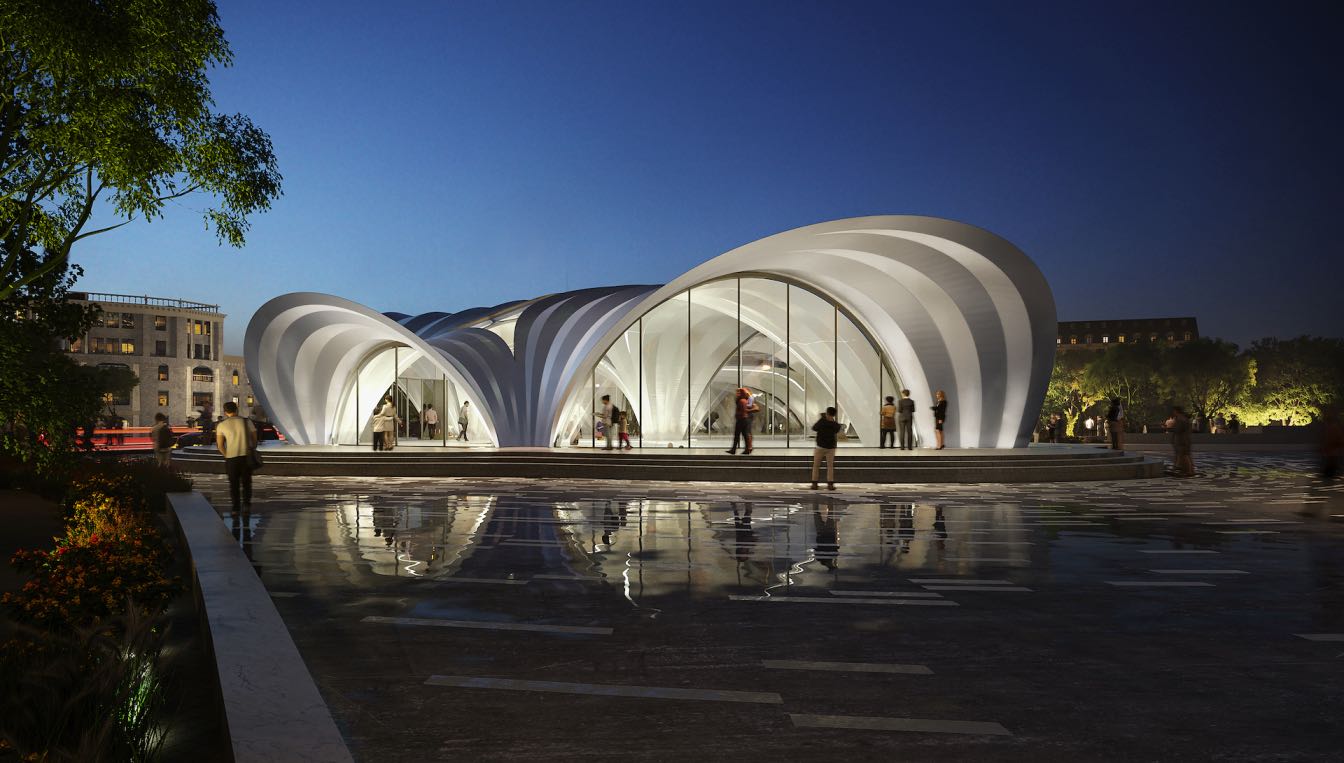 Construction of the three new stations for Dnipro Metro is underway. Excavation and engineering works of the 4km extension to the city’s metro line were initiated in 2016.

The three new stations (Teatralna, Tsentalna and Muzeina) designed by Zaha Hadid Architects will connect the residents, businesses, cultural and academic institutions in Dnipro’s eastern districts with the city centre and the Dnipro-Holovnyi railway terminus.

Reducing traffic congestion in central Dnipro, the metro line extension will also enable the parks, beaches and recreational facilities on the banks of the Dnipro River in the east of the city to be easily accessed from the city centre.

The city of Dnipro has a long history as a centre of excellence in engineering, metallurgy and manufacturing. These rich traditions are echoed in the welded steel entrance pavilions of the city’s new metro stations. 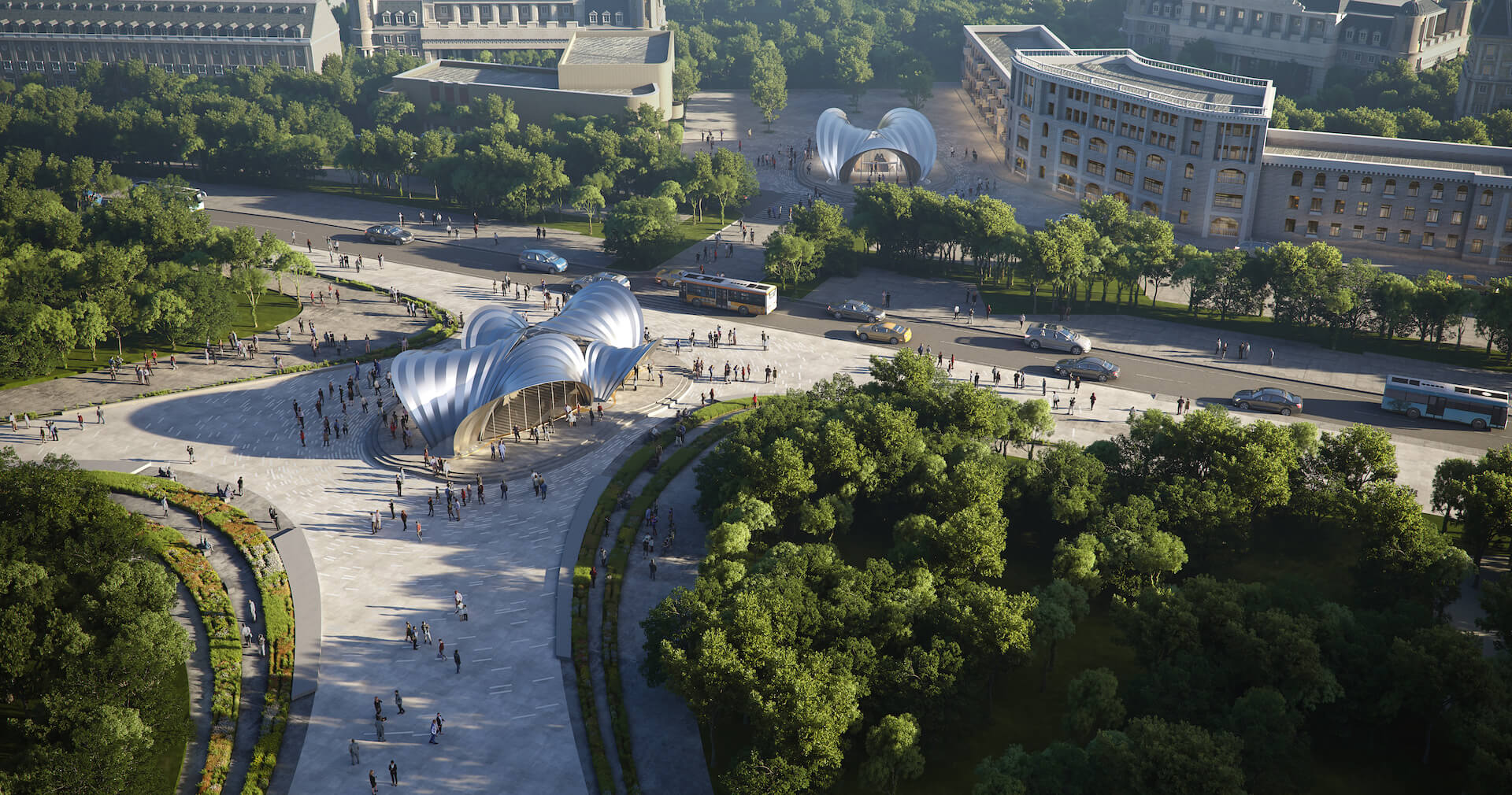 Comprising a family of thin structural shells designed to be constructed in recycled steel from Dnipro’s local foundries, the pavilions’ sculpted forms showcase the city’s expertise in steel craftsmanship. Each entrance pavilion is situated within a new public plaza and provides an easily recognisable landmark indicating access to the city’s metro.

The design of the ticket halls is unique to each station while the interior concourses, corridors and platforms share a cohesive formal and spatial logic that gives the Dnipro Metro a strong identity.

Defined by concepts of intuitive navigation, the interiors are designed to orientate and direct passengers through each station while enhancing their experience to ensure safe, comfortable and enjoyable transport across the city.

The three new deep level stations of the Dnipro Metro line extension are integral to the city’s ongoing programme to upgrade its transport network. Passenger services to the three stations are planned to begin in 2025. 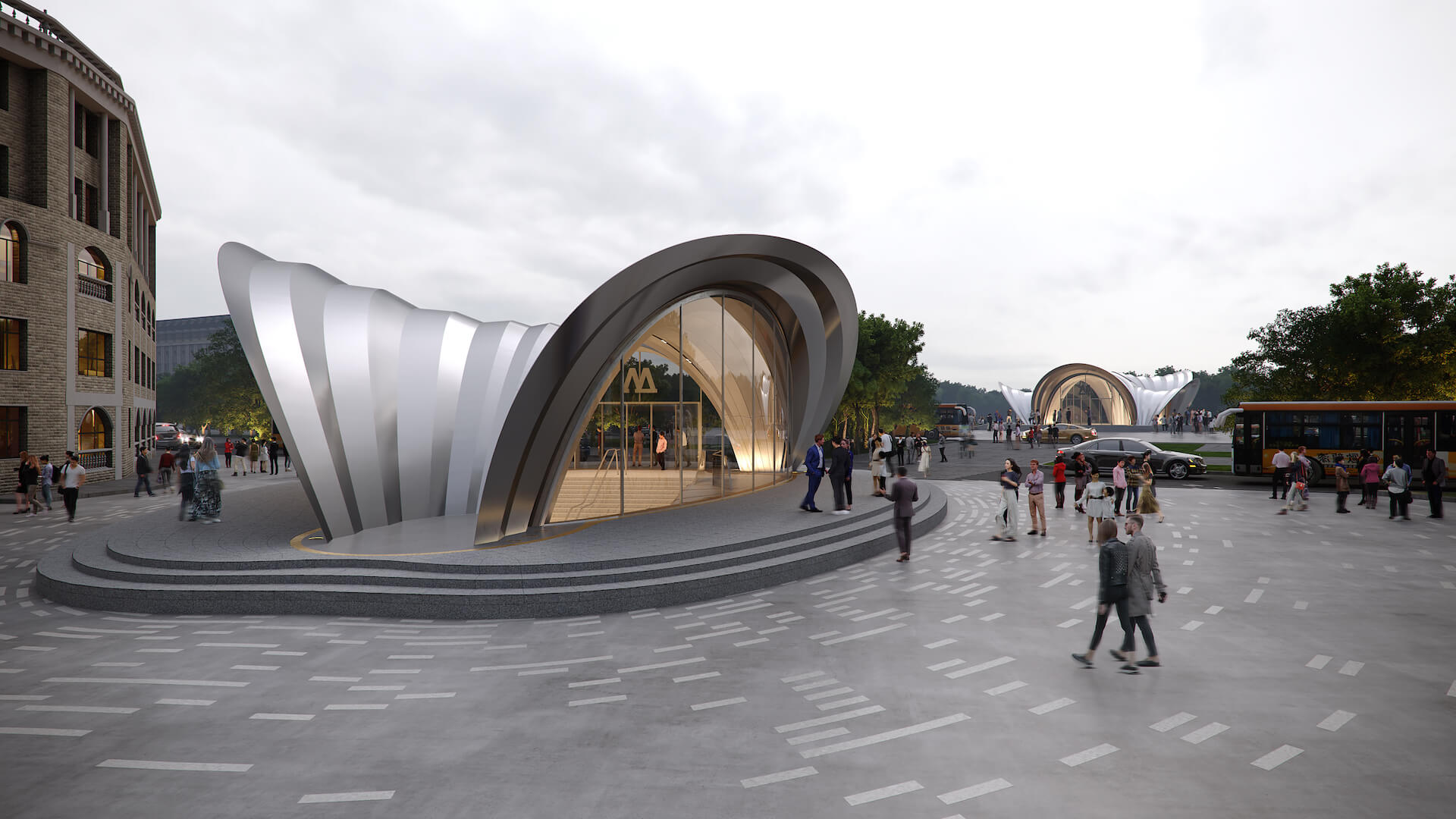 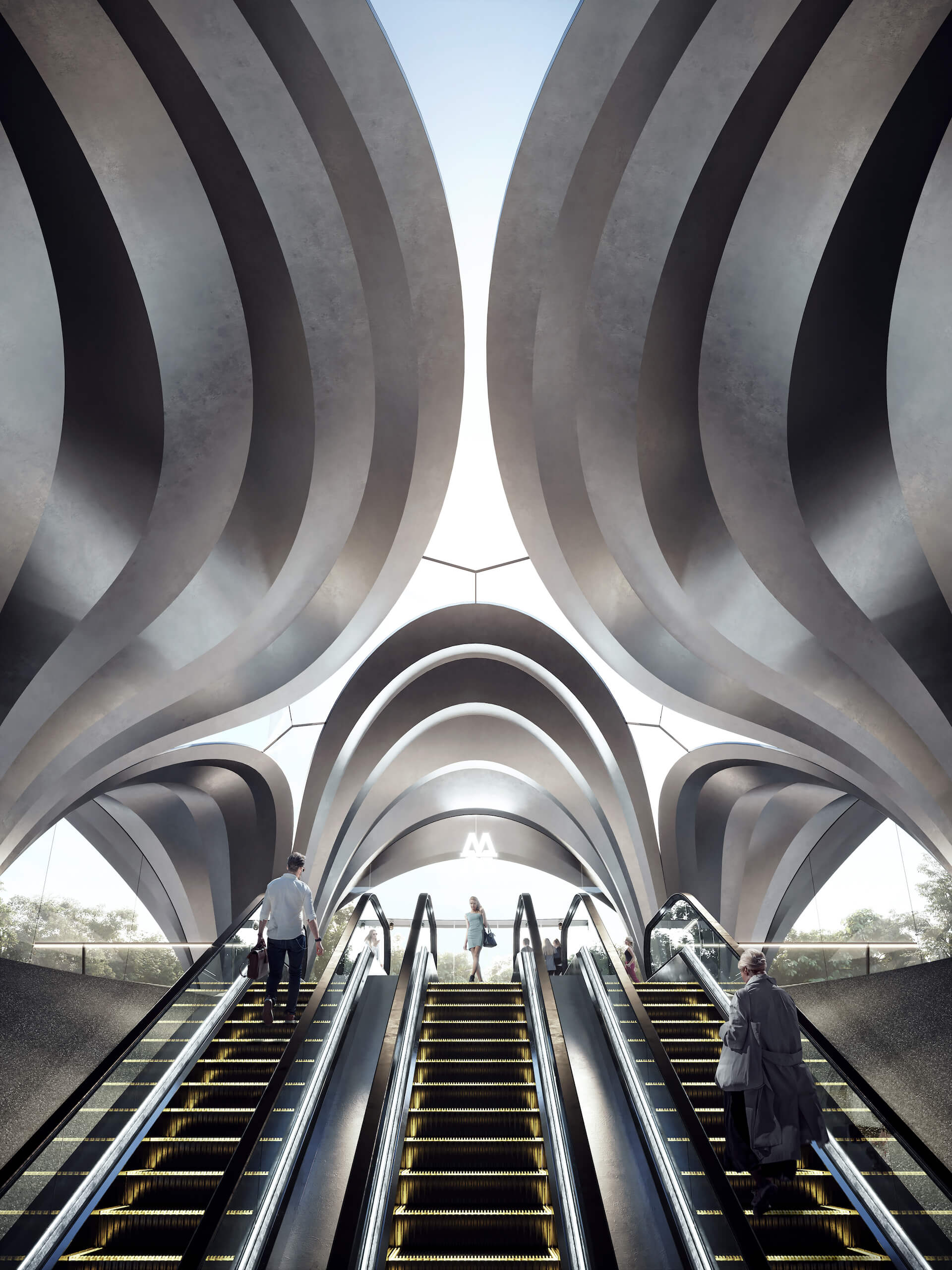 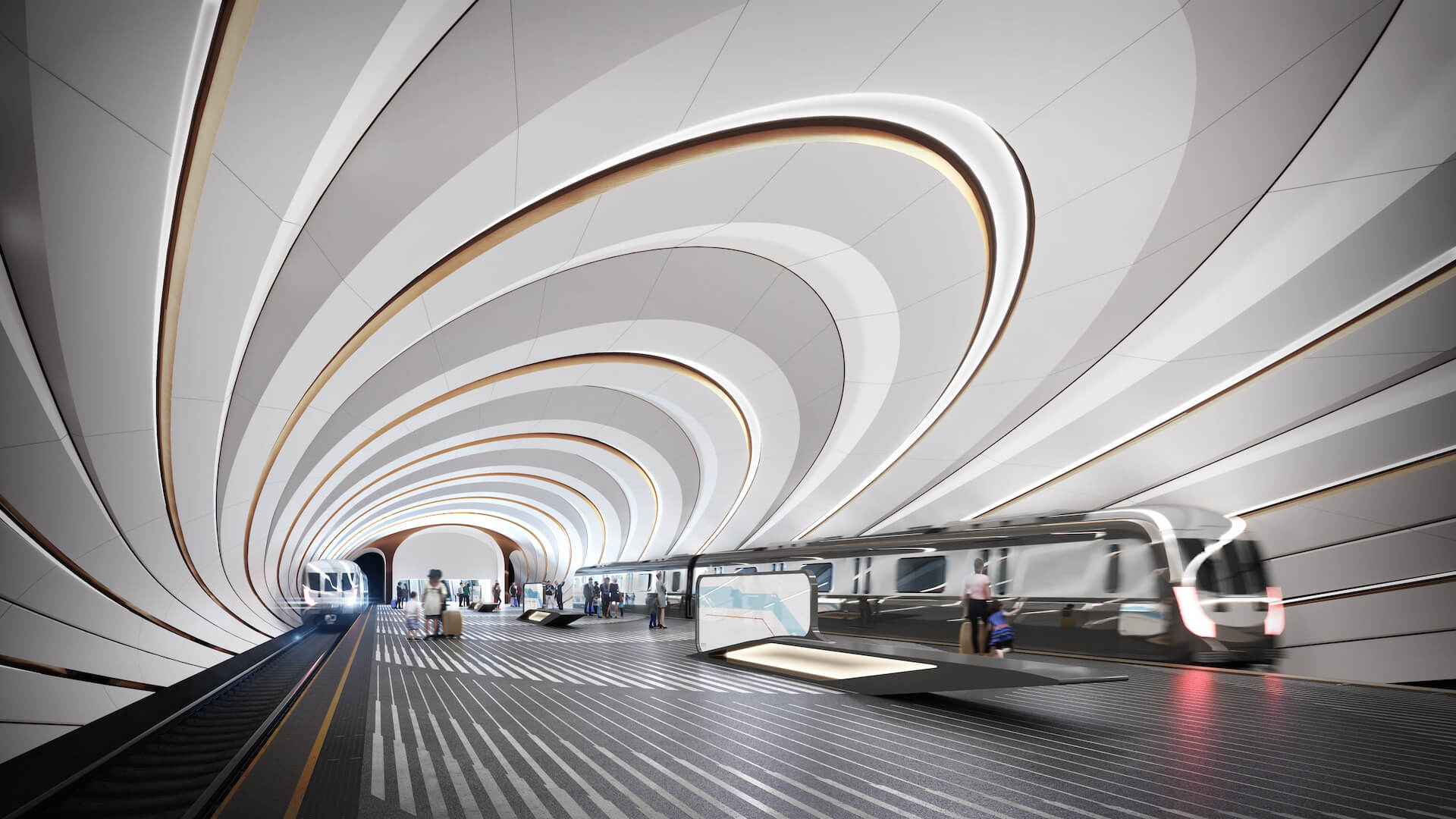 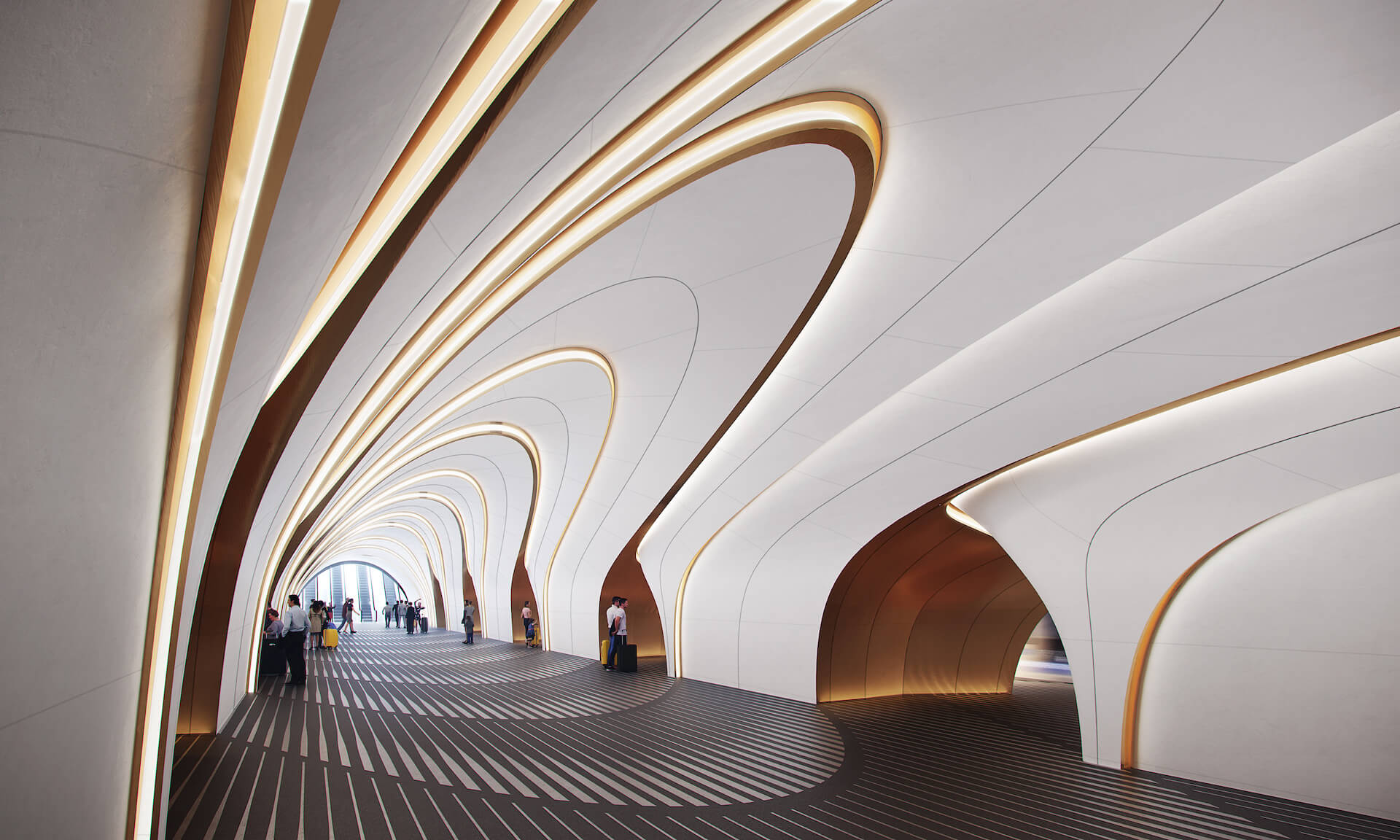 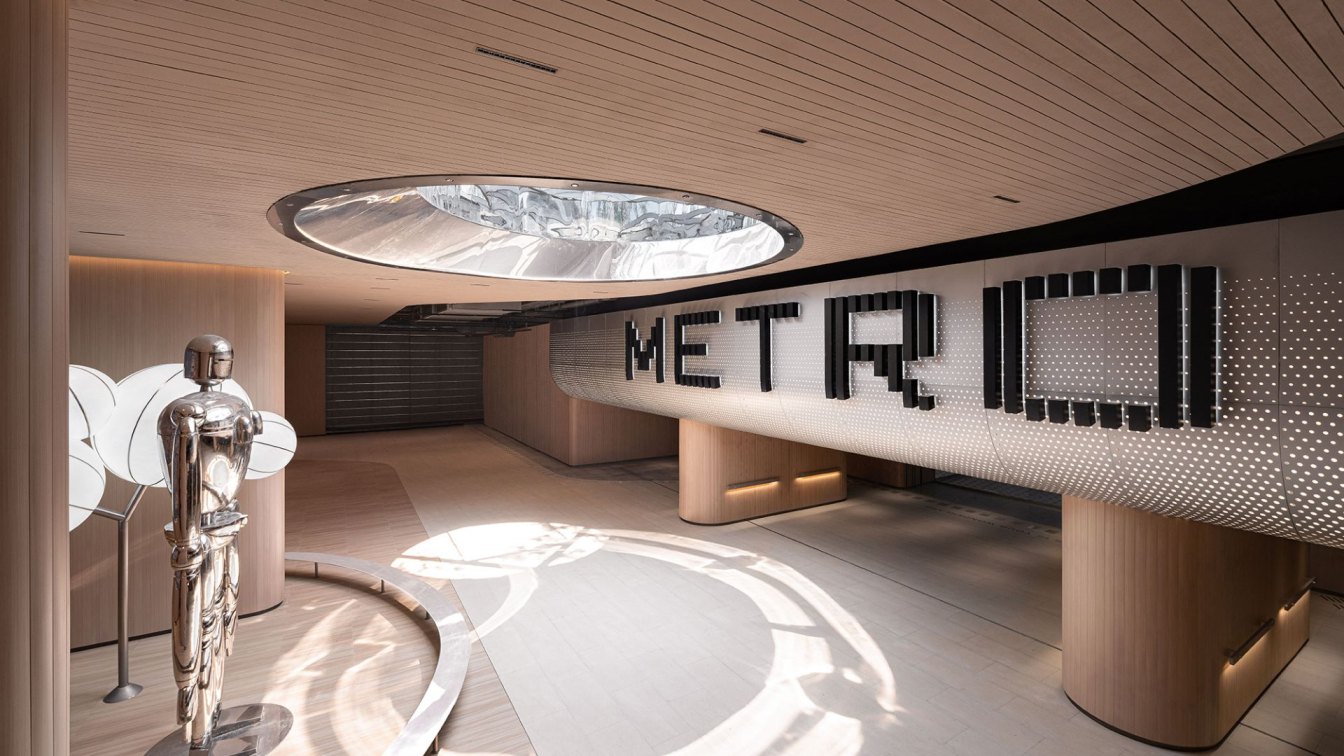 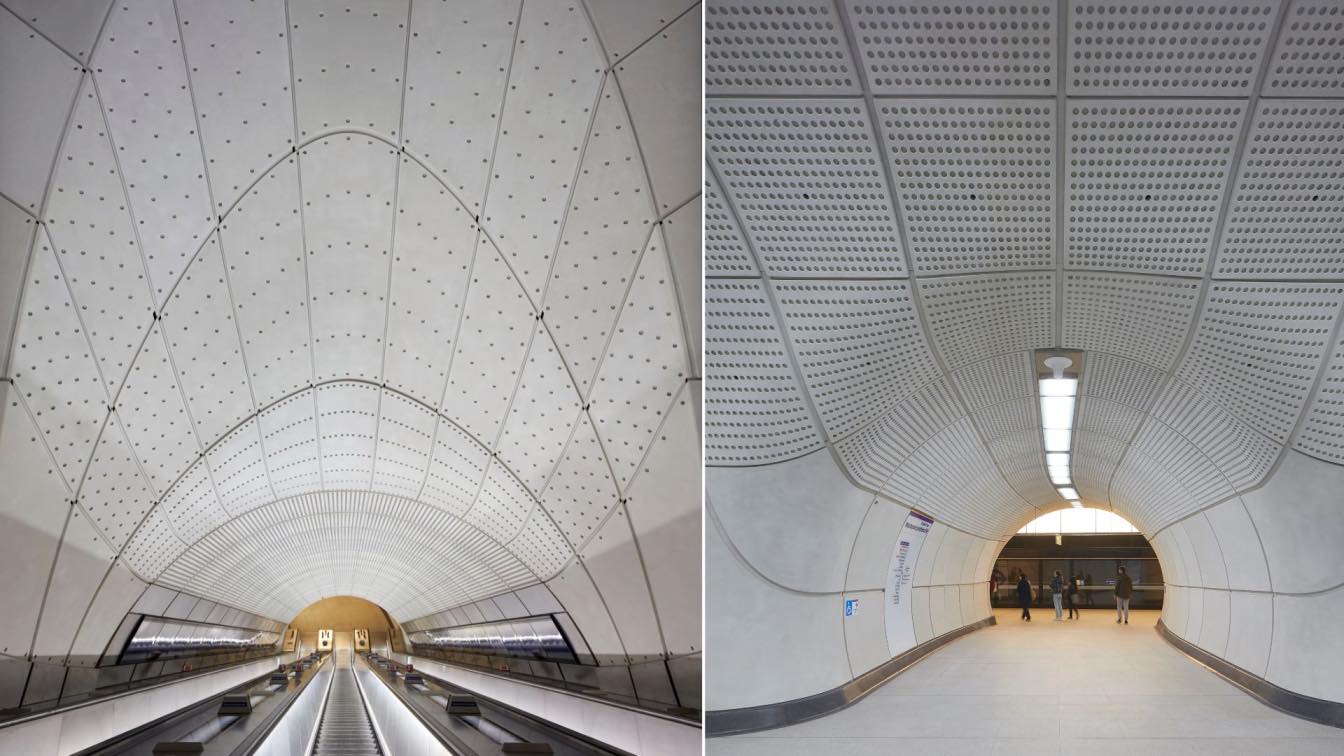