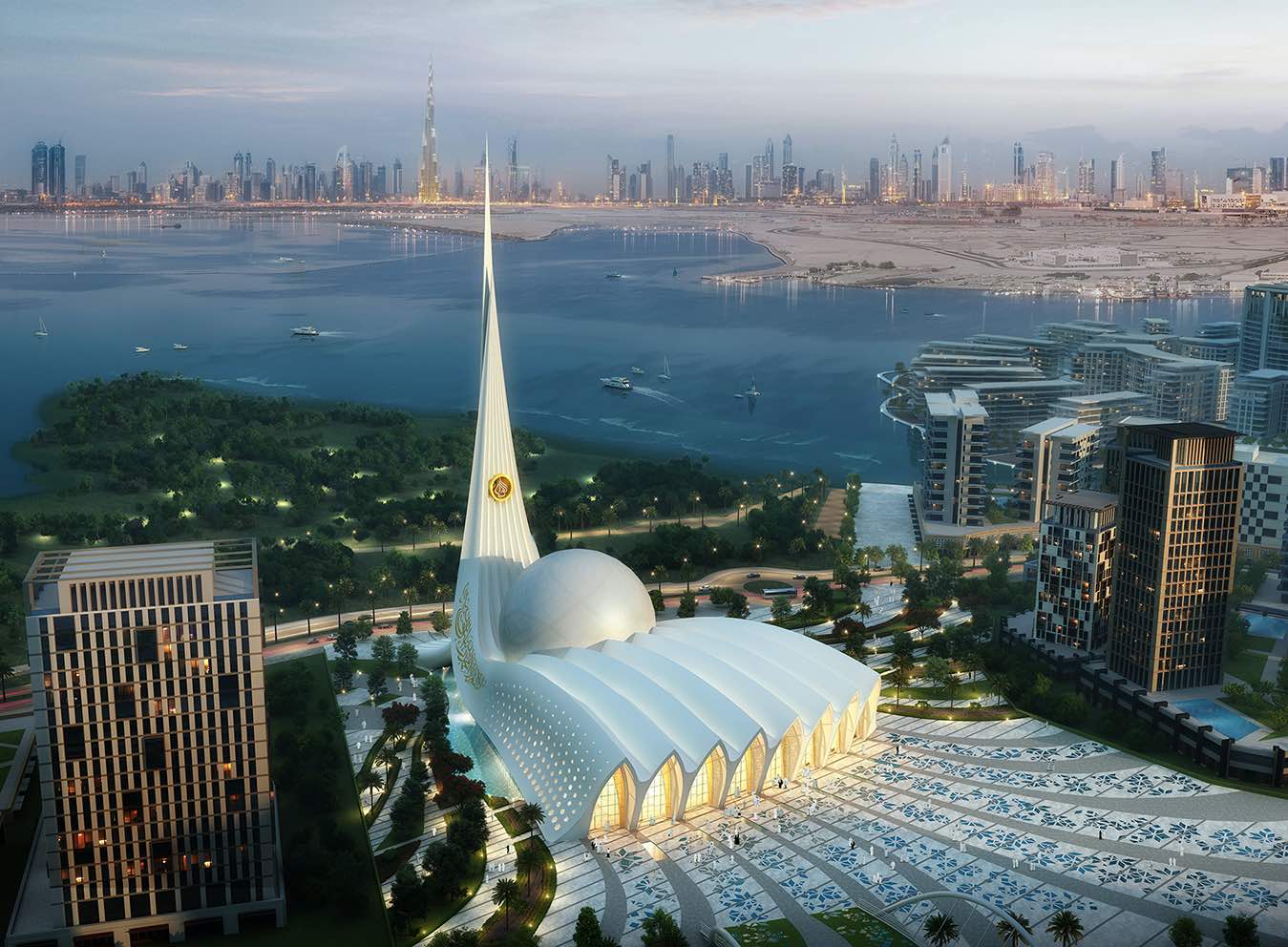 LYX arkitekter has designed "Dubai Pearl" proposal for a unique modern mosque in Dubai, UAE that is inspired by Pearl and shell.

Architect's statement: Dubai Iconic Mosque "Dubai Pearl" design was basically inspired from the Pearl and shell which was the main source of life in the old age of Dubai. The eight gates were inspired from the belief that there are 8 gates to the heaven in Islam as well as 8 angels which are holding the throne. 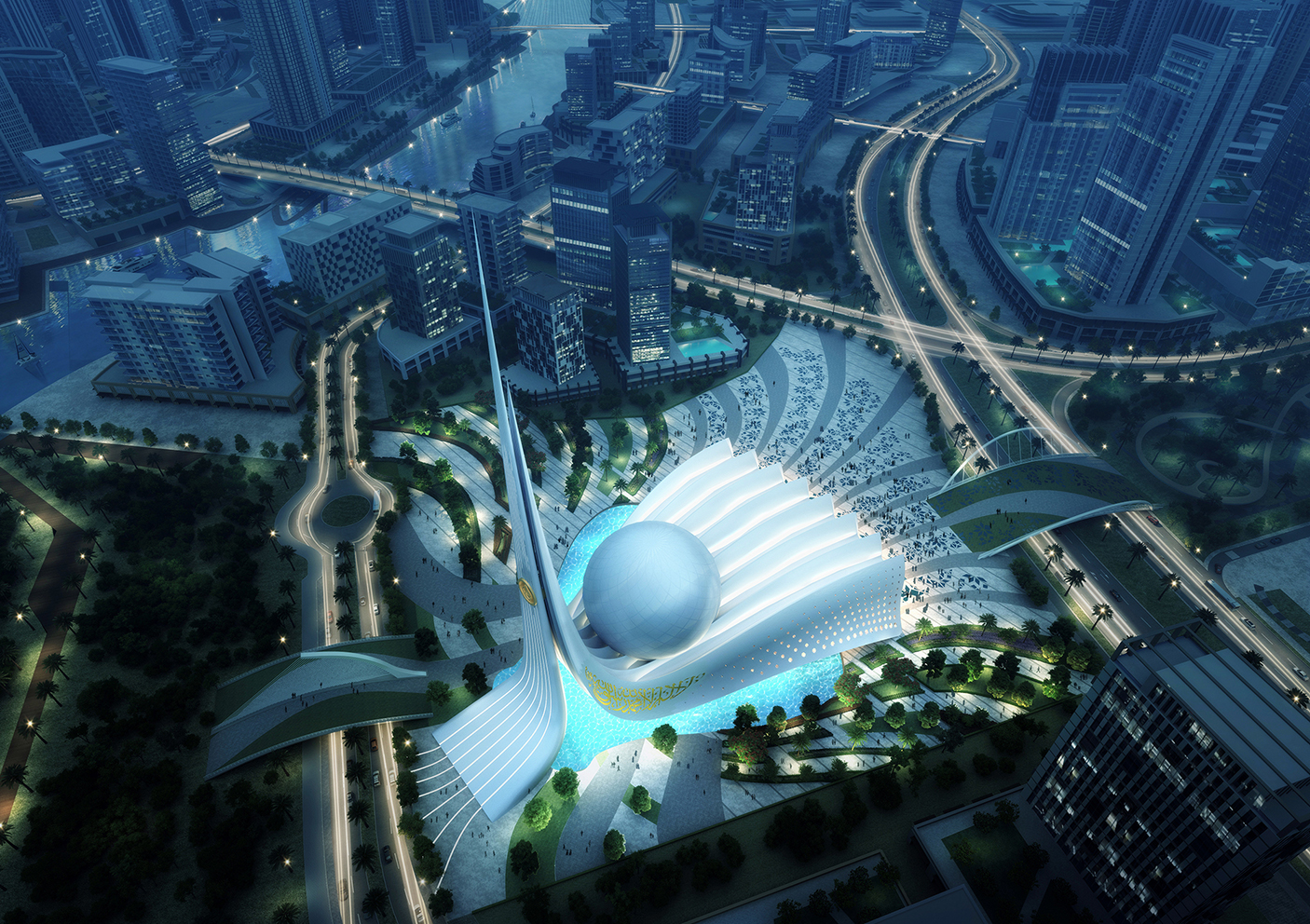 The minaret was emerging from the earth to vanish in the sky to for a sail shape.

The aim of this concept was to Blend the local tradition of UAE, the Islamic heritage and to reflect the modern vision of Dubai.

The local Tradition: The design was basically inspired from the Pearl and shell, as you might know that Pearl diving was once the most famous profession in the United Arab Emirates and was part of the UAE culture that dates back around 7,000 years. that’s why we formed the shape of the main envelope of the mosque as a shell carrying a big pearl which forms the dome of the mosque and act as a skylight in the daytime to illuminate the main prayer hall, while it will convert into lantern which gives a fascinating atmosphere to the Dubai Creek in the evening. 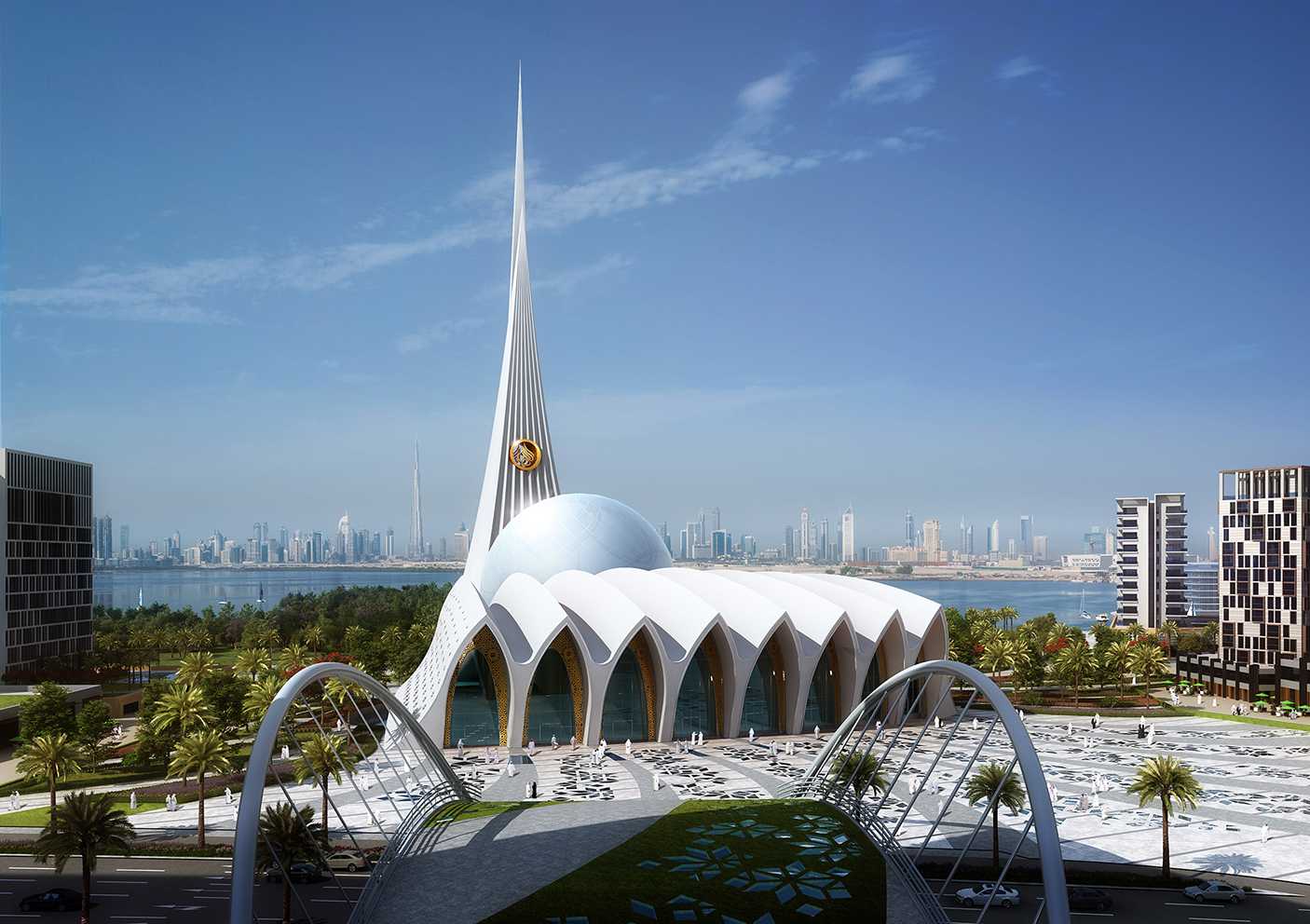 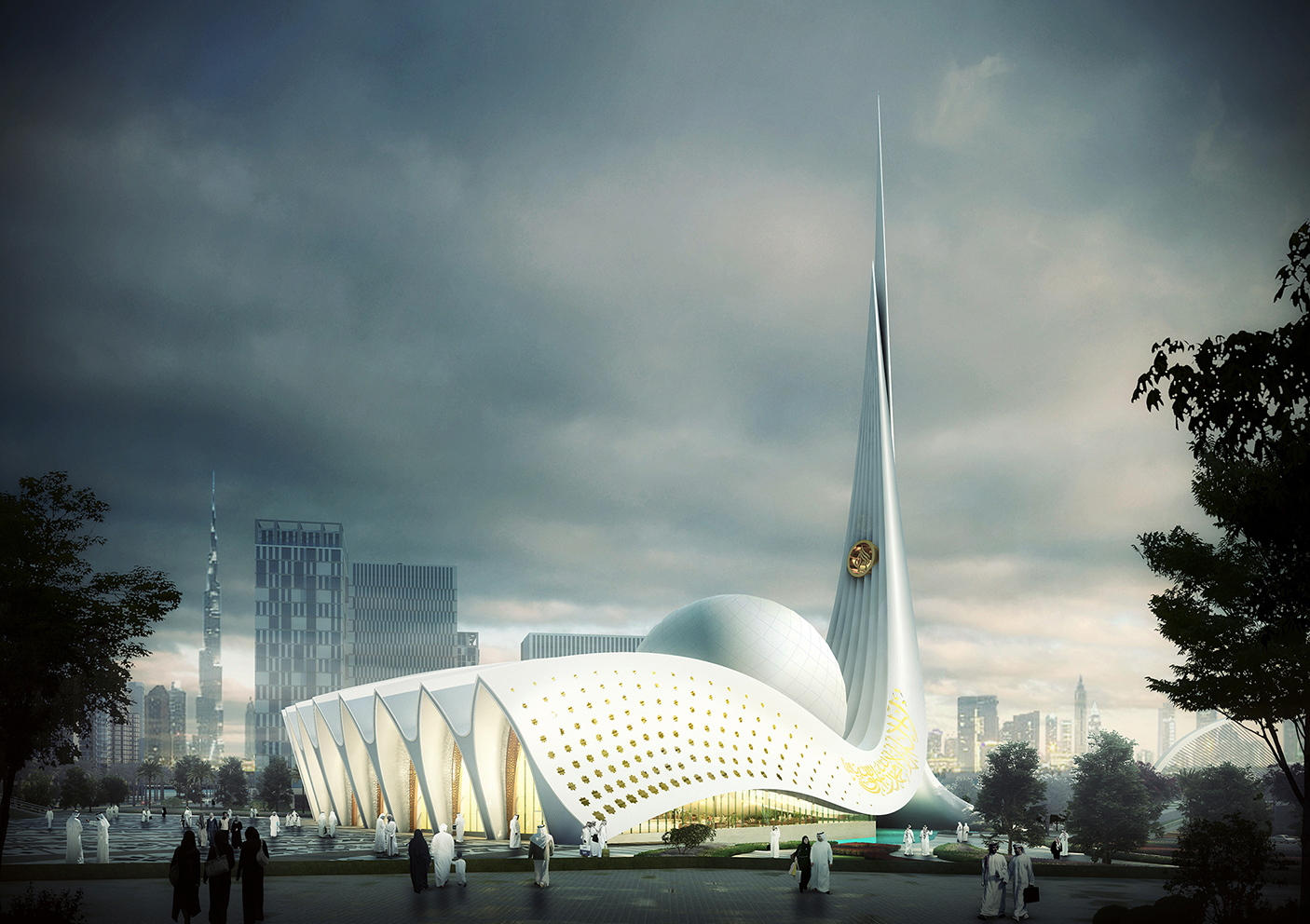 The Islamic Heritage: The eight gates were inspired from the belief that there are 8 gates to the heaven in Islam as well as 8 angels which are holding the throne. these eight gates arches will form the shell and will merge together to get unified in the Mihrab where the imam stands to lead the prayers. 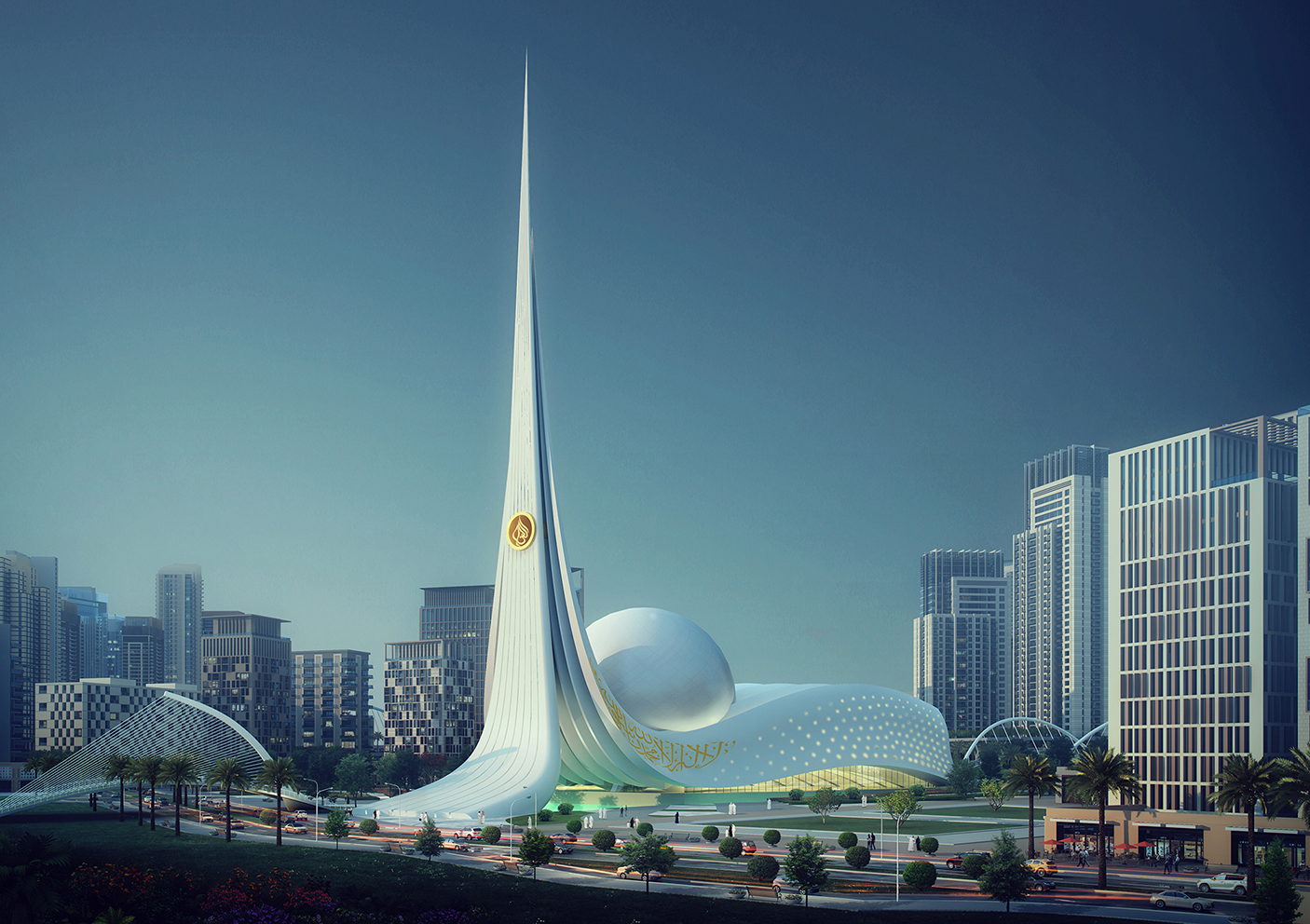 The Modern Vision of Dubai: to blend the local tradition and Islamic symbolism into a modern iconic shape was a challenge, the abstraction of the idea was the solution which we followed in this design, the form was simplified into three elements, The shell which forms the eight gates, The pearl which act as a dome and sky light, and finally the minaret which emerge from the earth to vanish into the sky creating a sail shape which conveys the peaceful message of worshiper and transform it to a spiritual icon added to the tranquility of Dubai Creek. 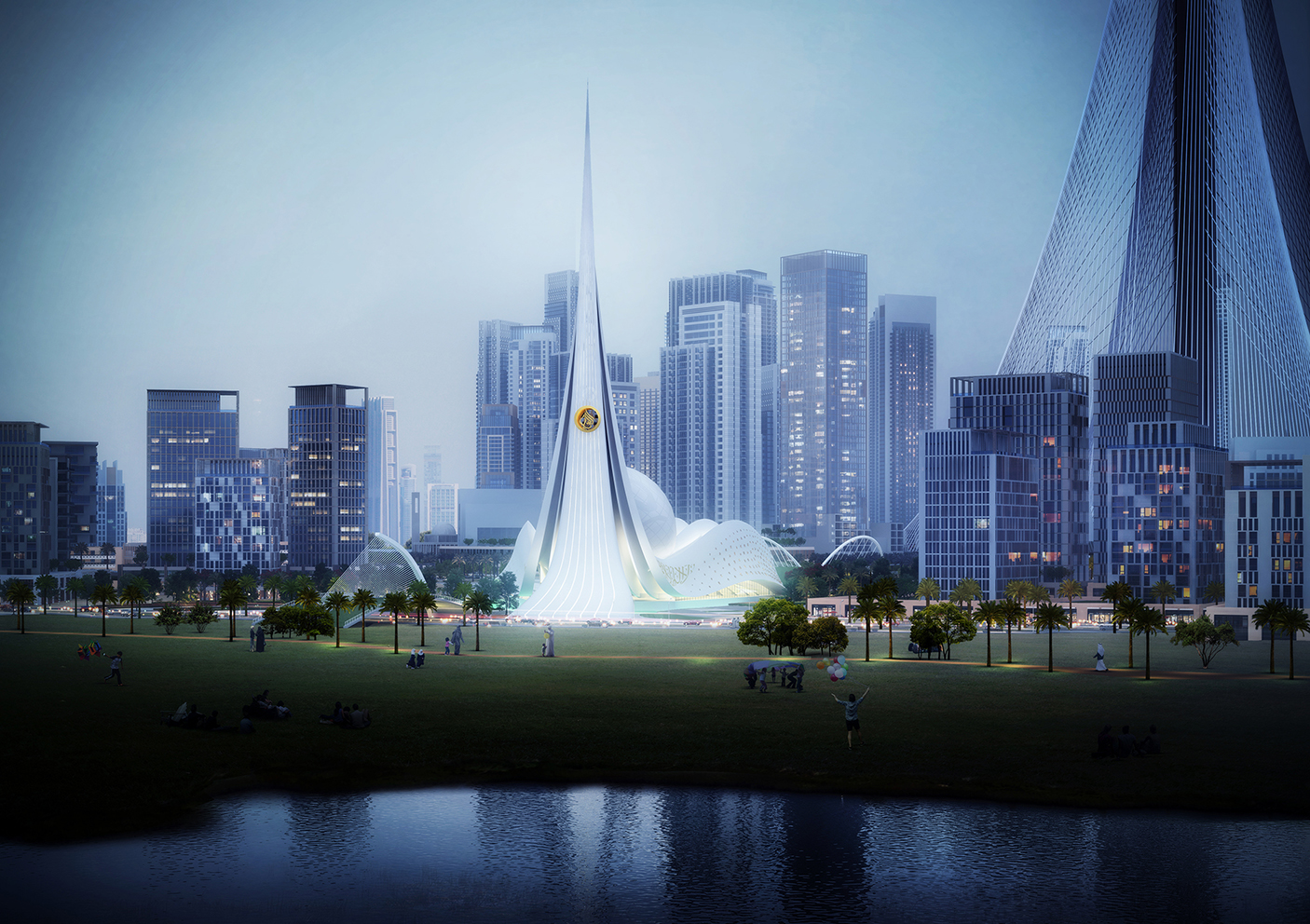 The Project has a 10.000 m² built area consisting of main mosque “which can accommodate 7500 worshipers”, accommodation block, and the basement which include culture center, ablution, and parking. 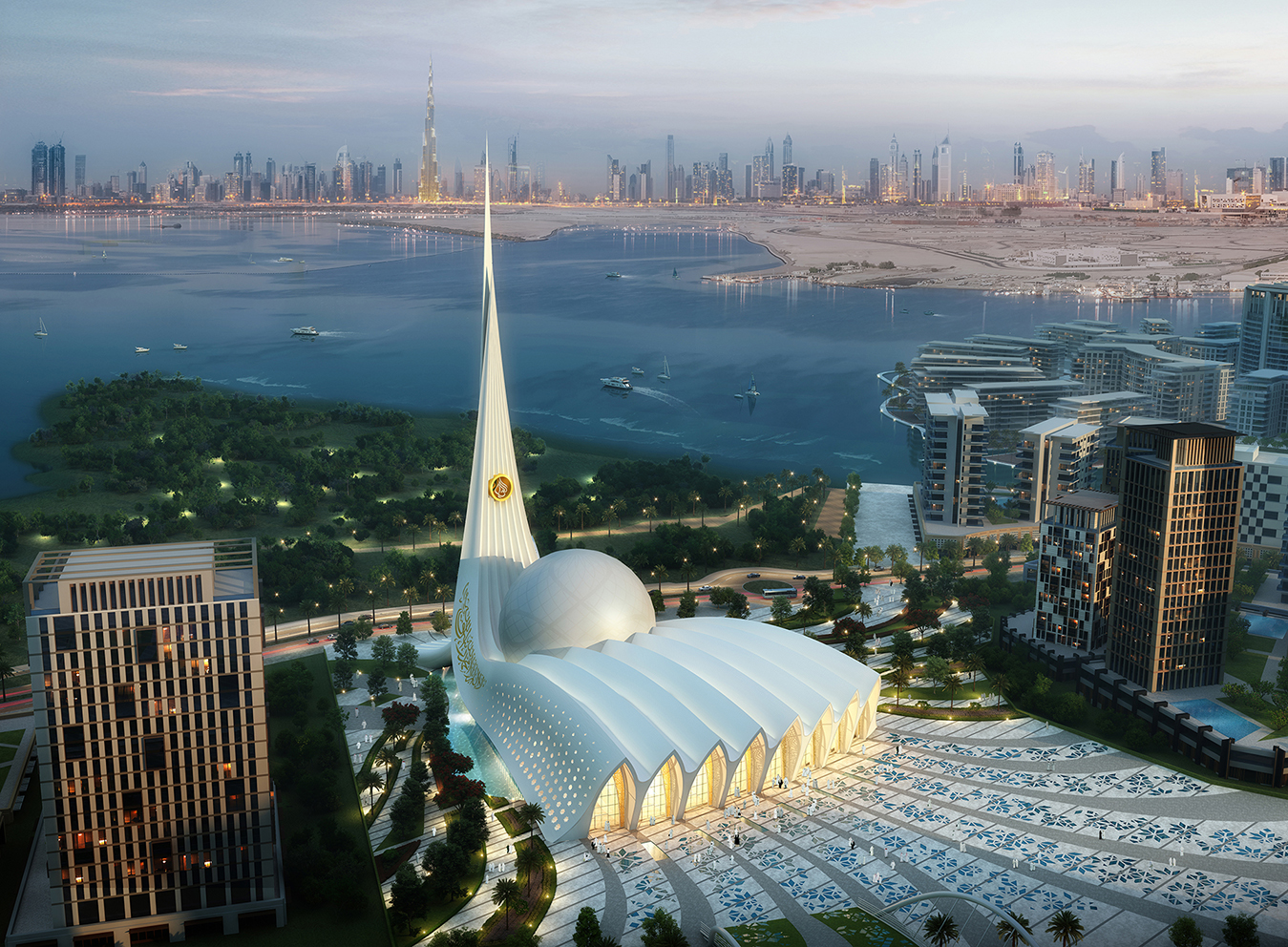 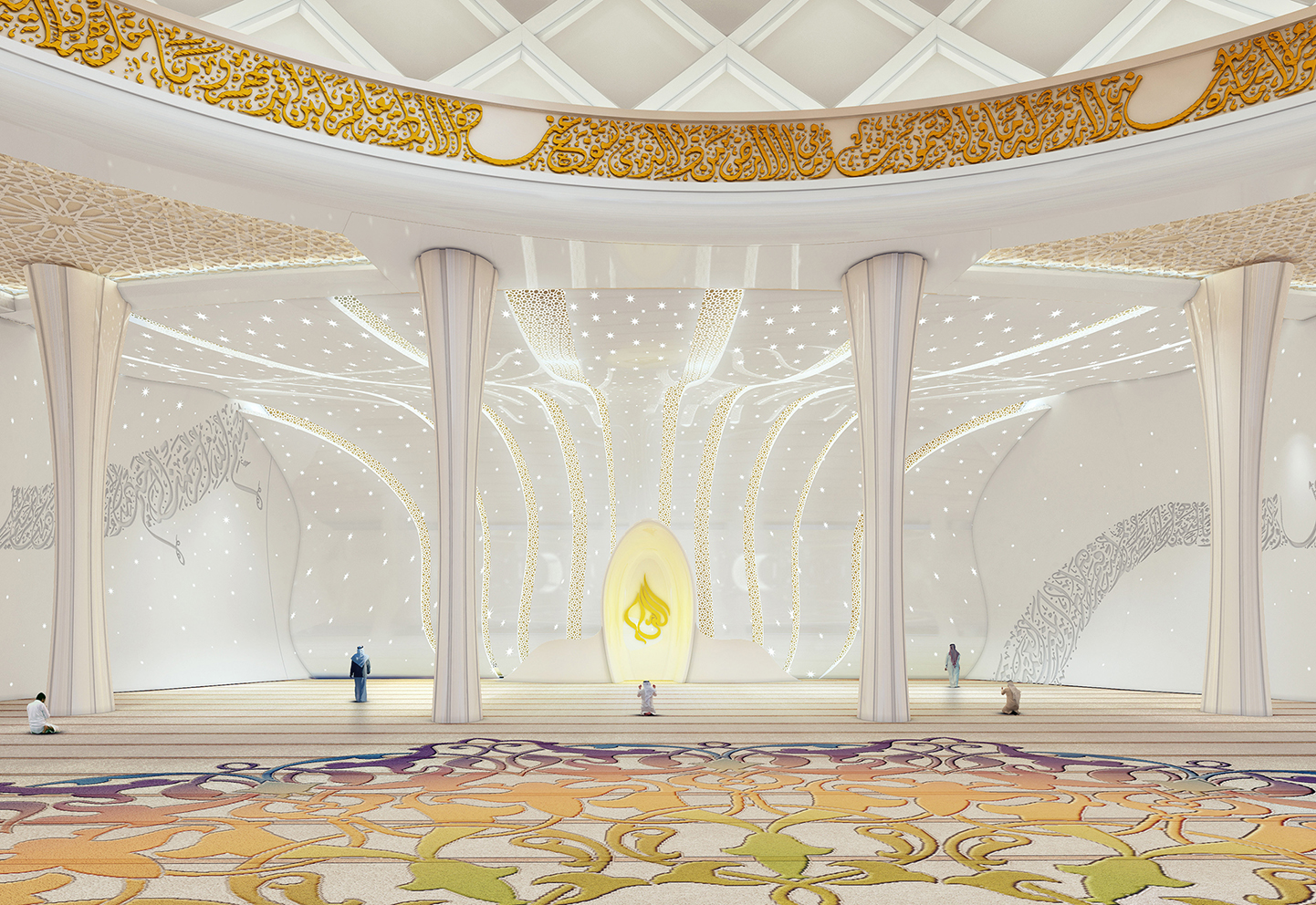 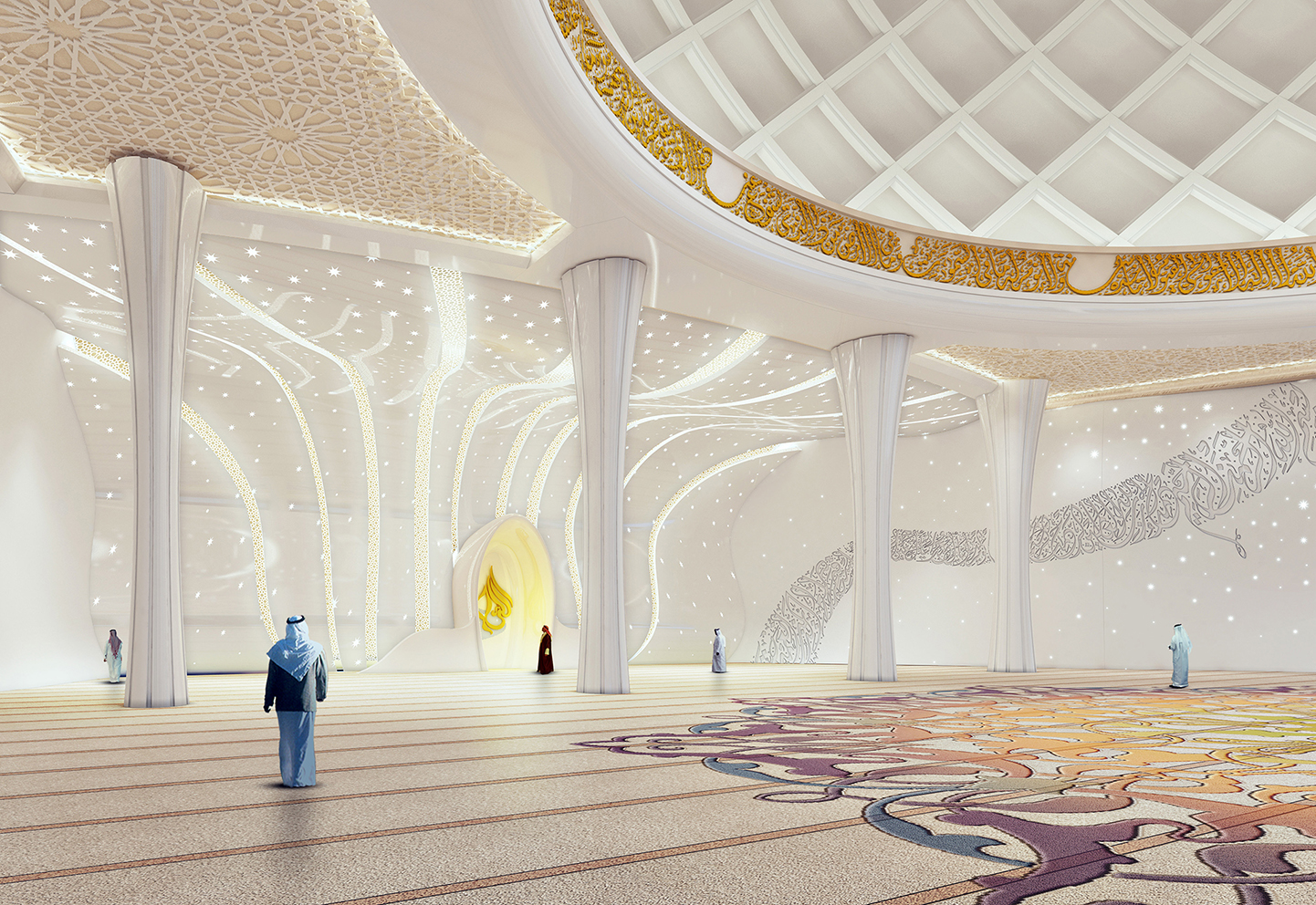 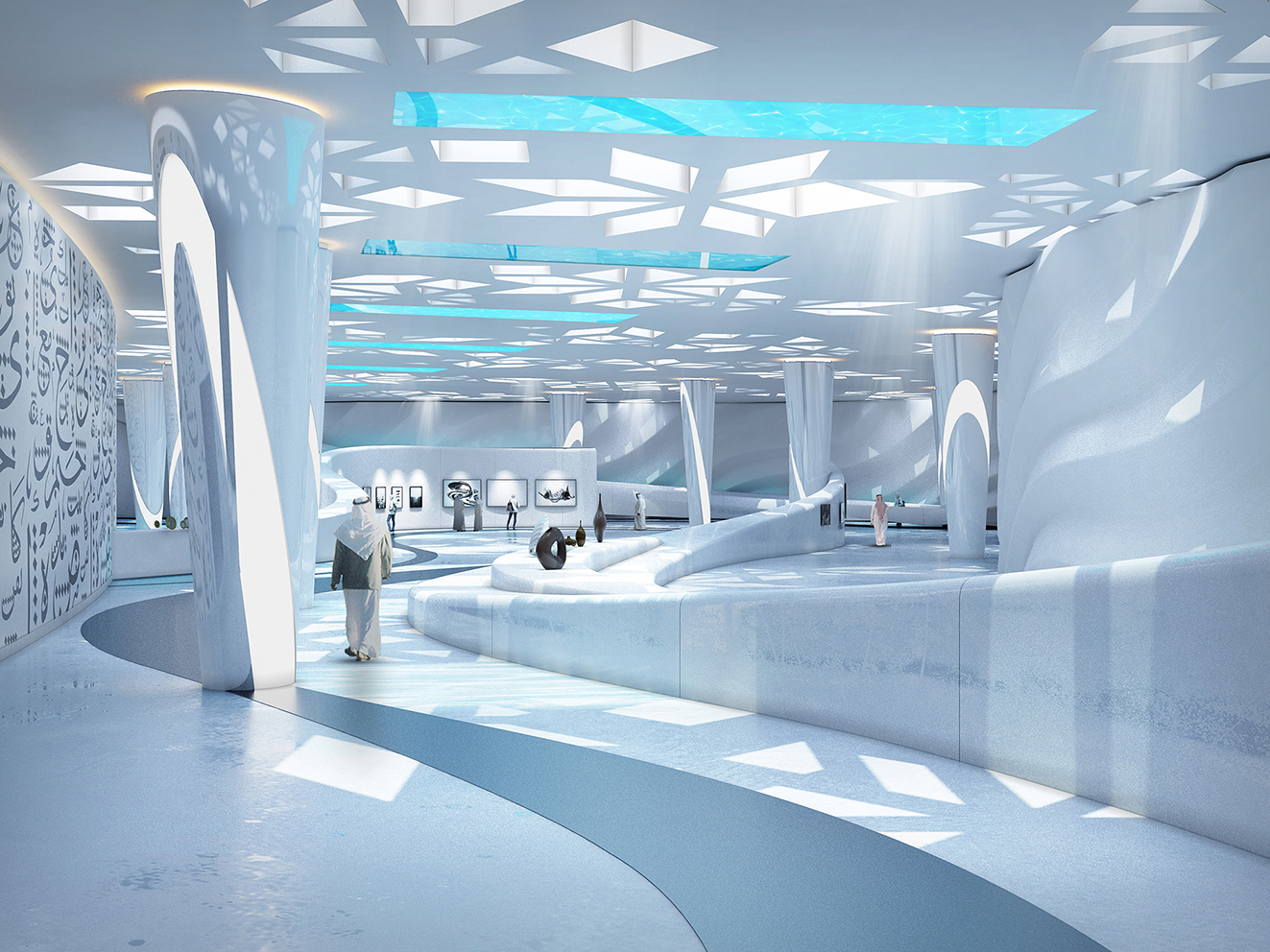 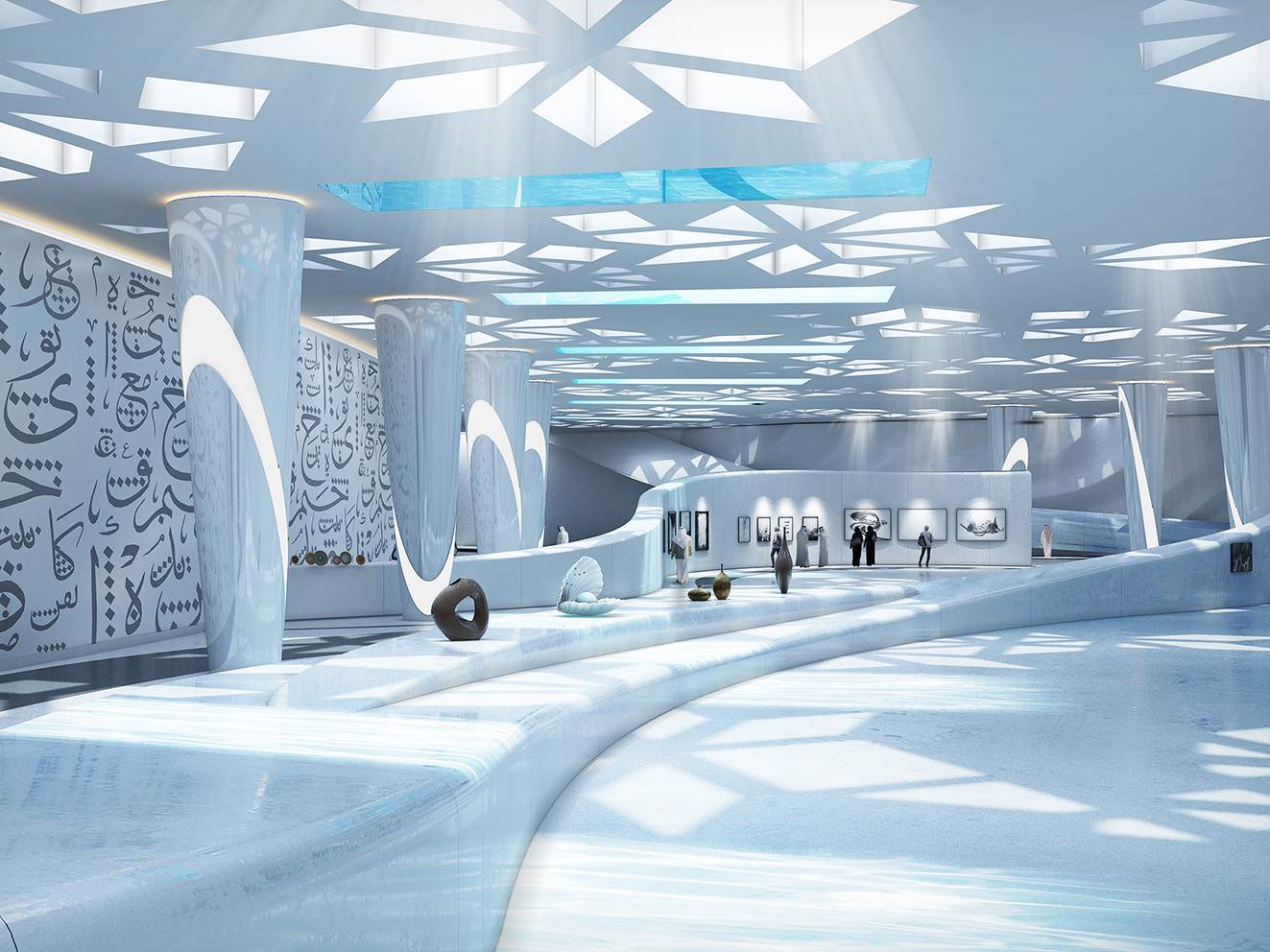 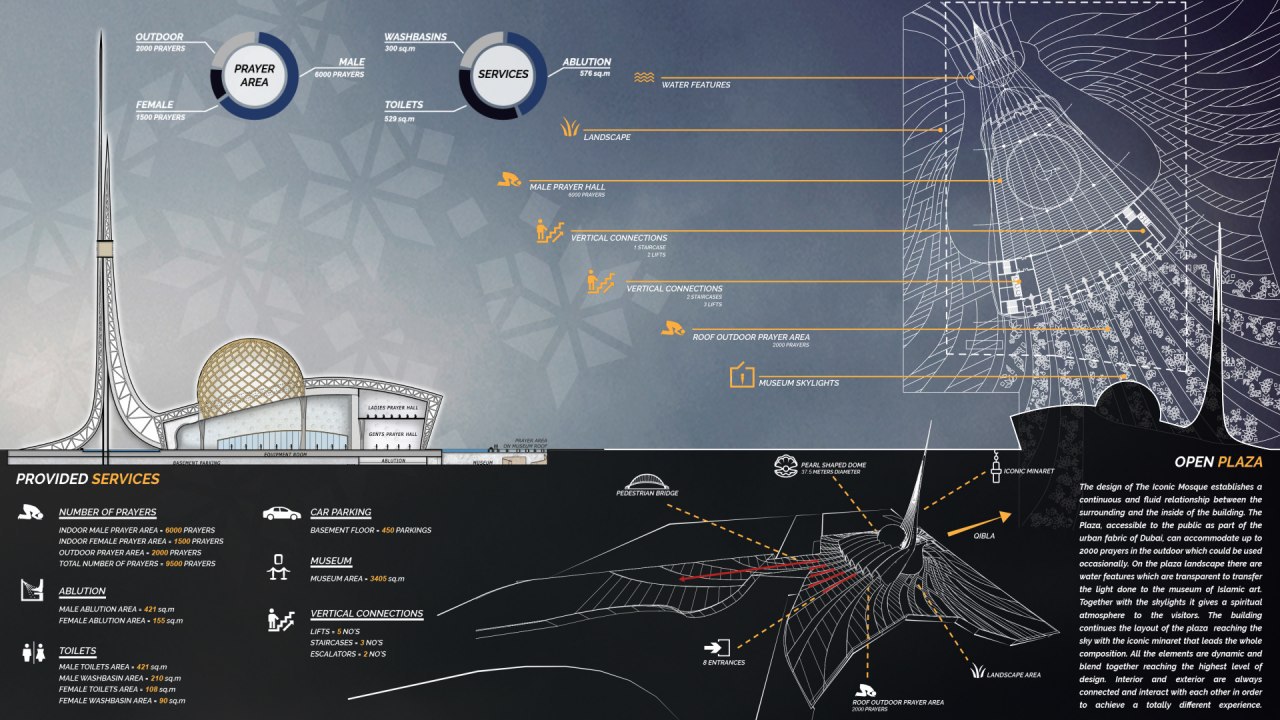 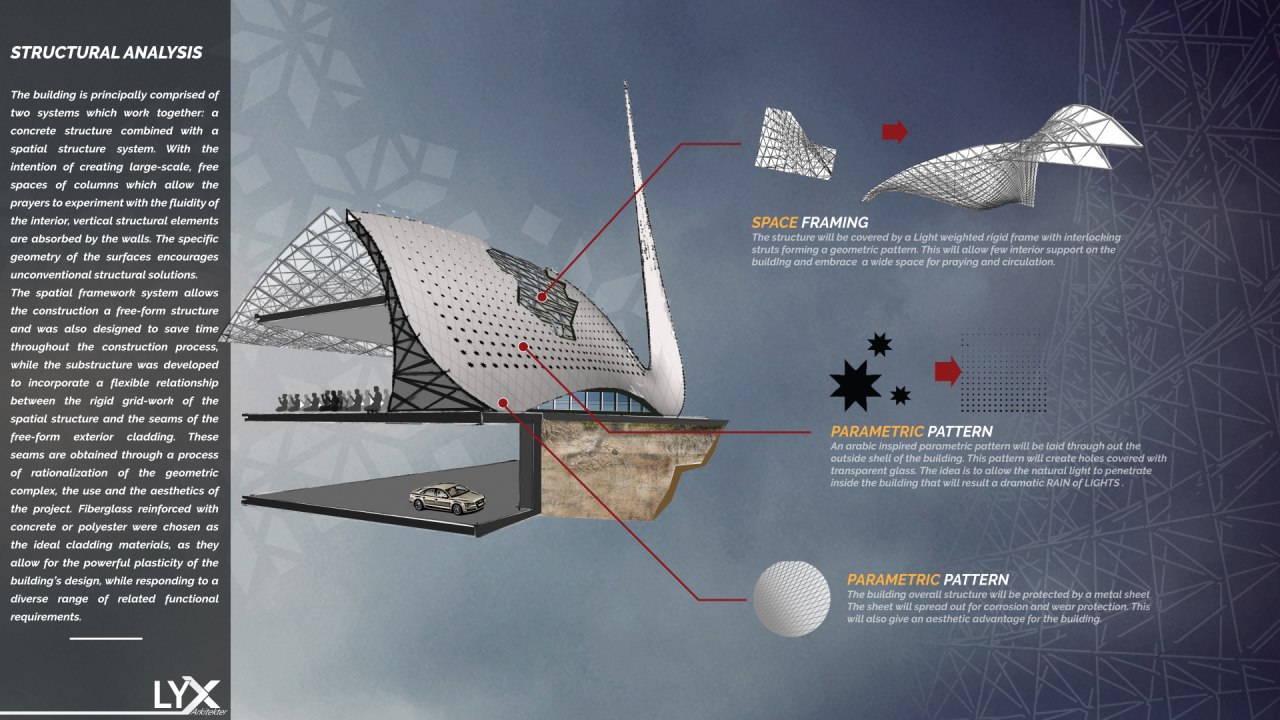 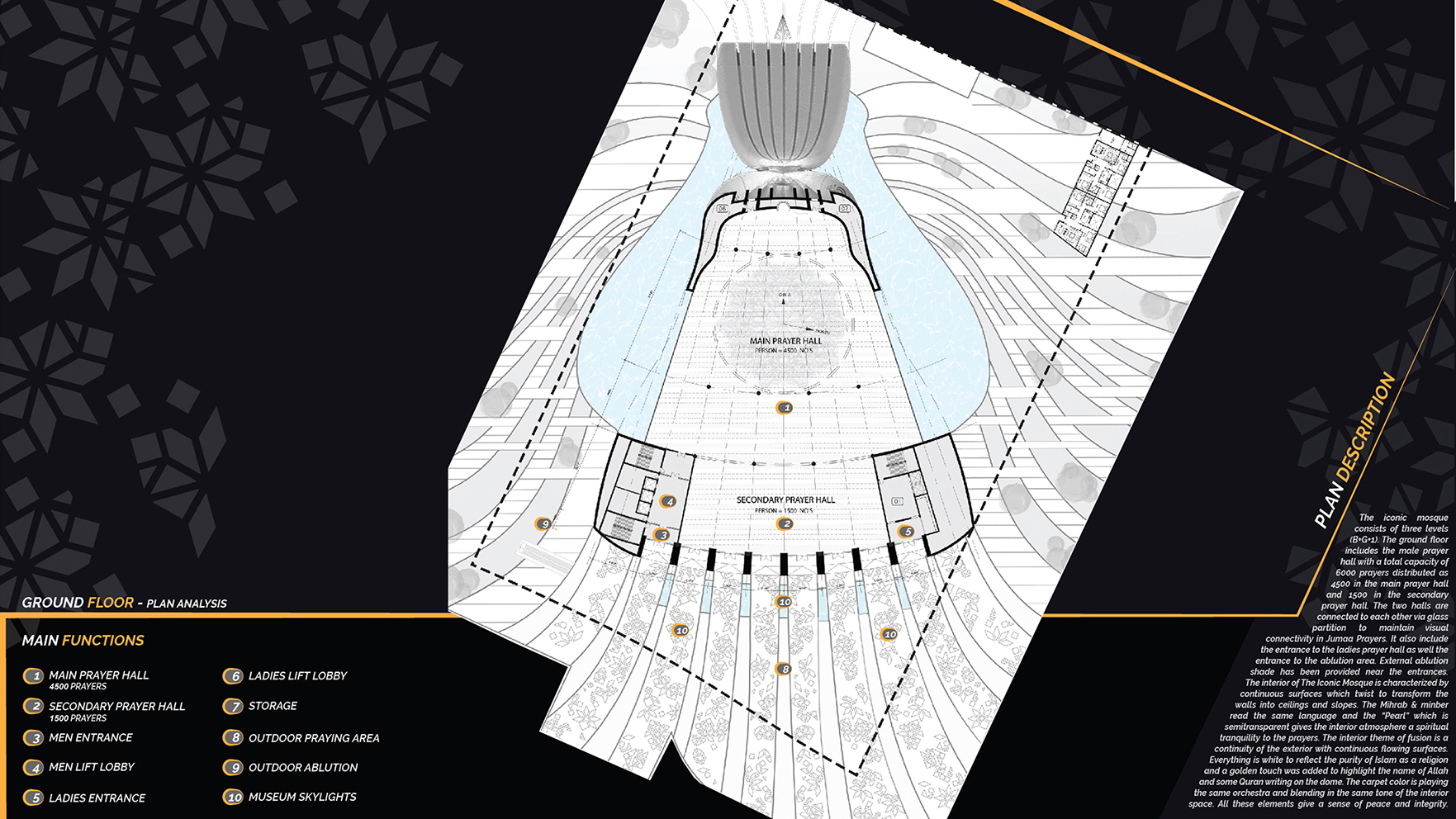 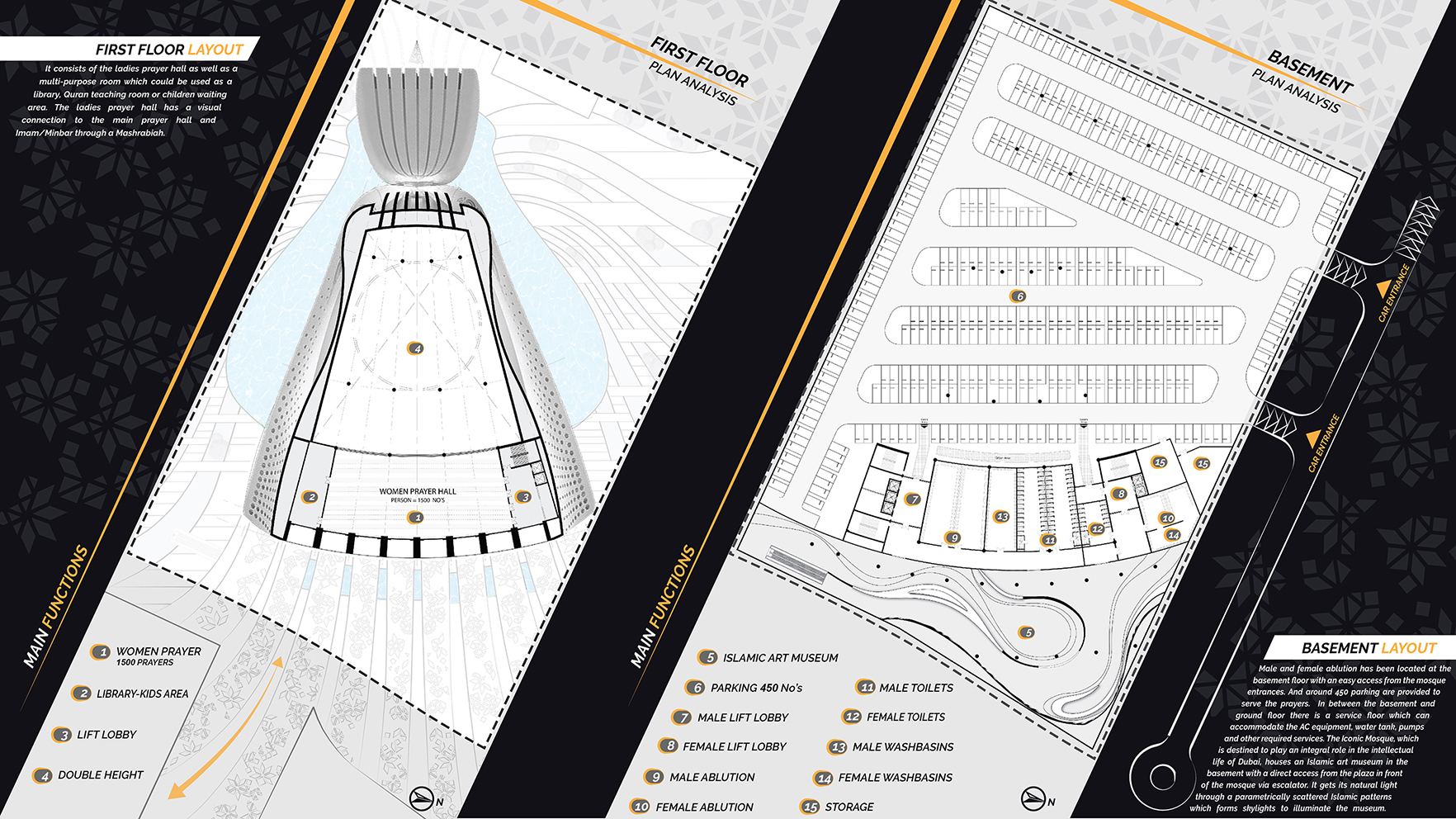 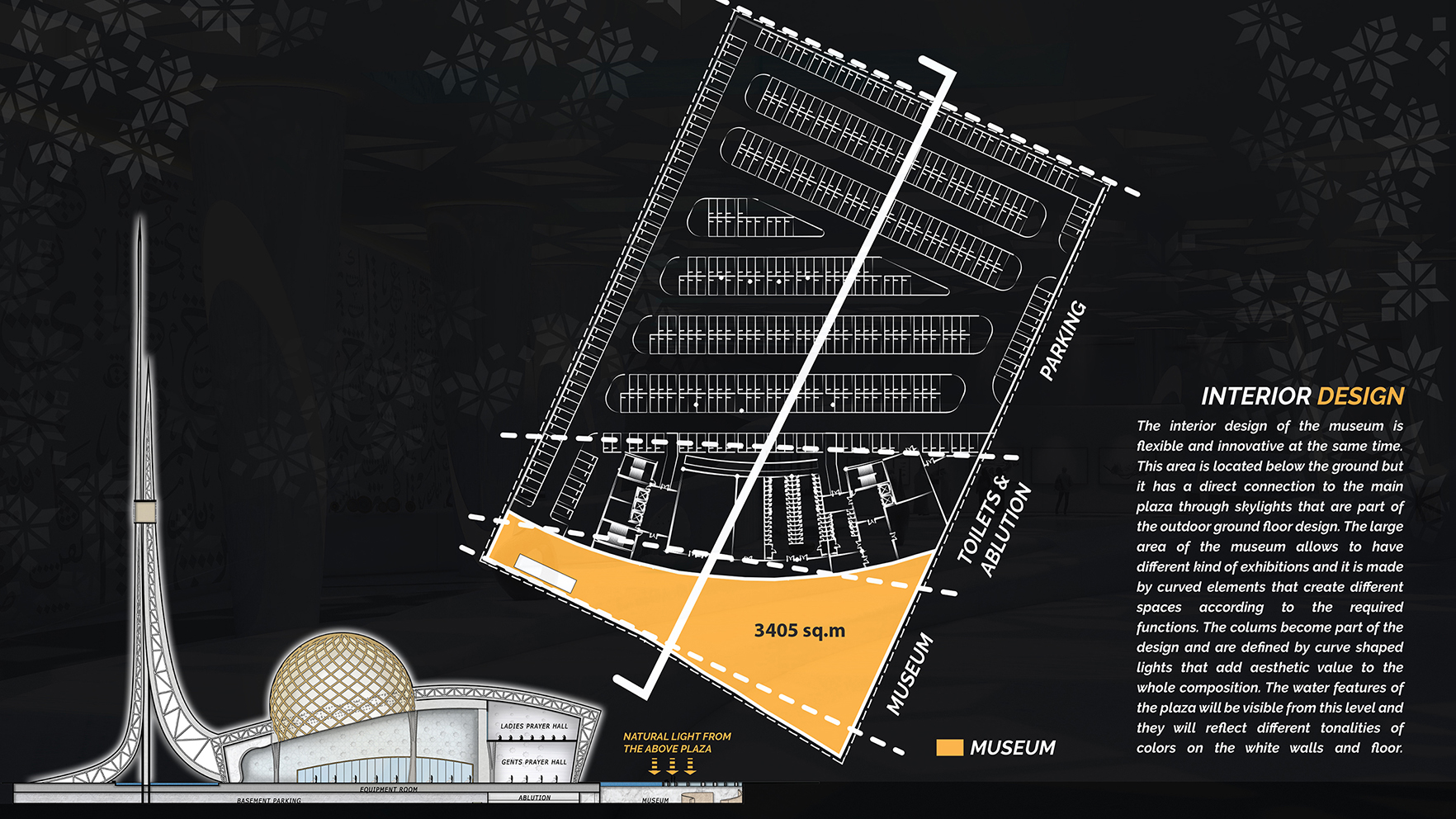 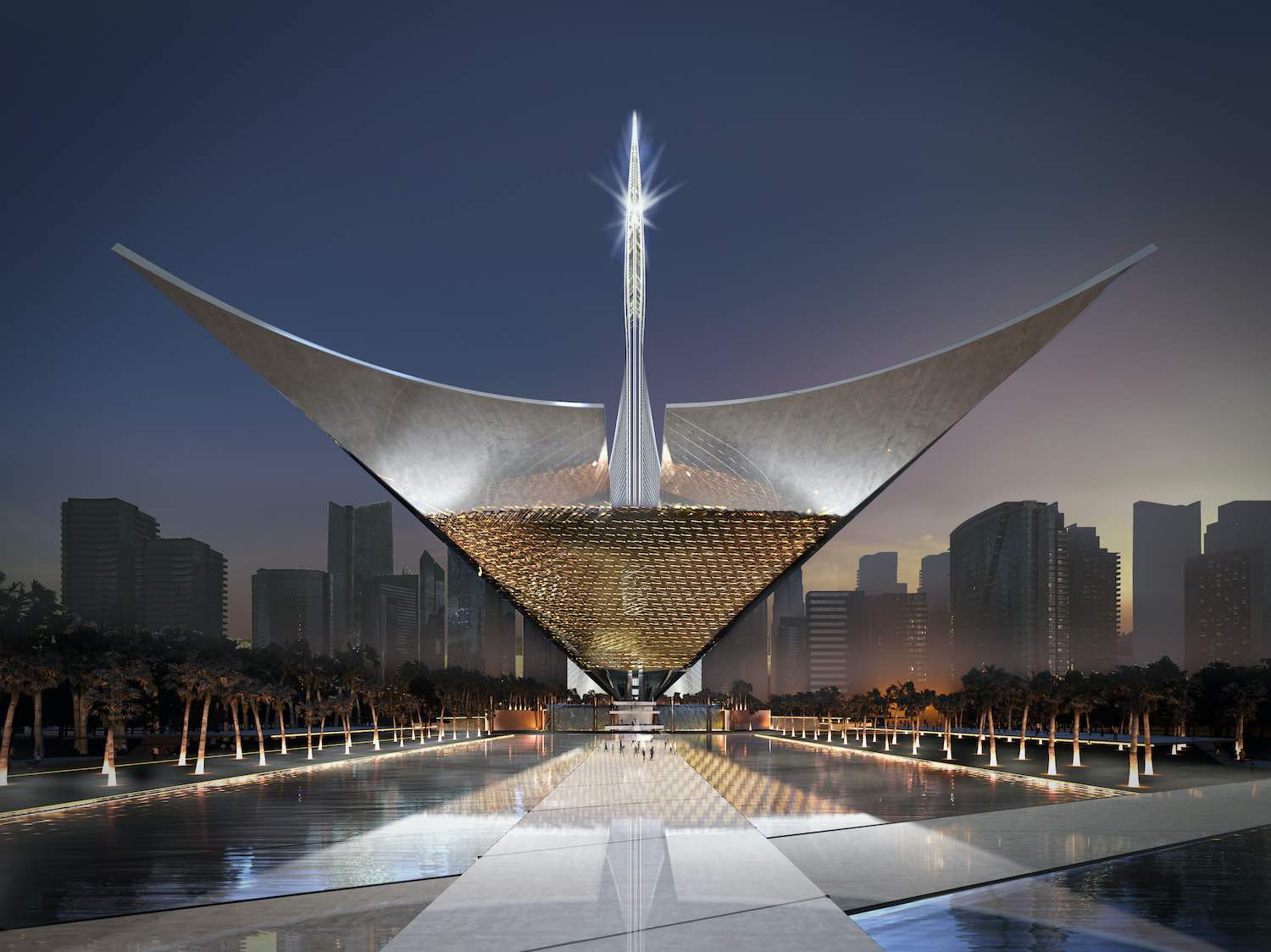 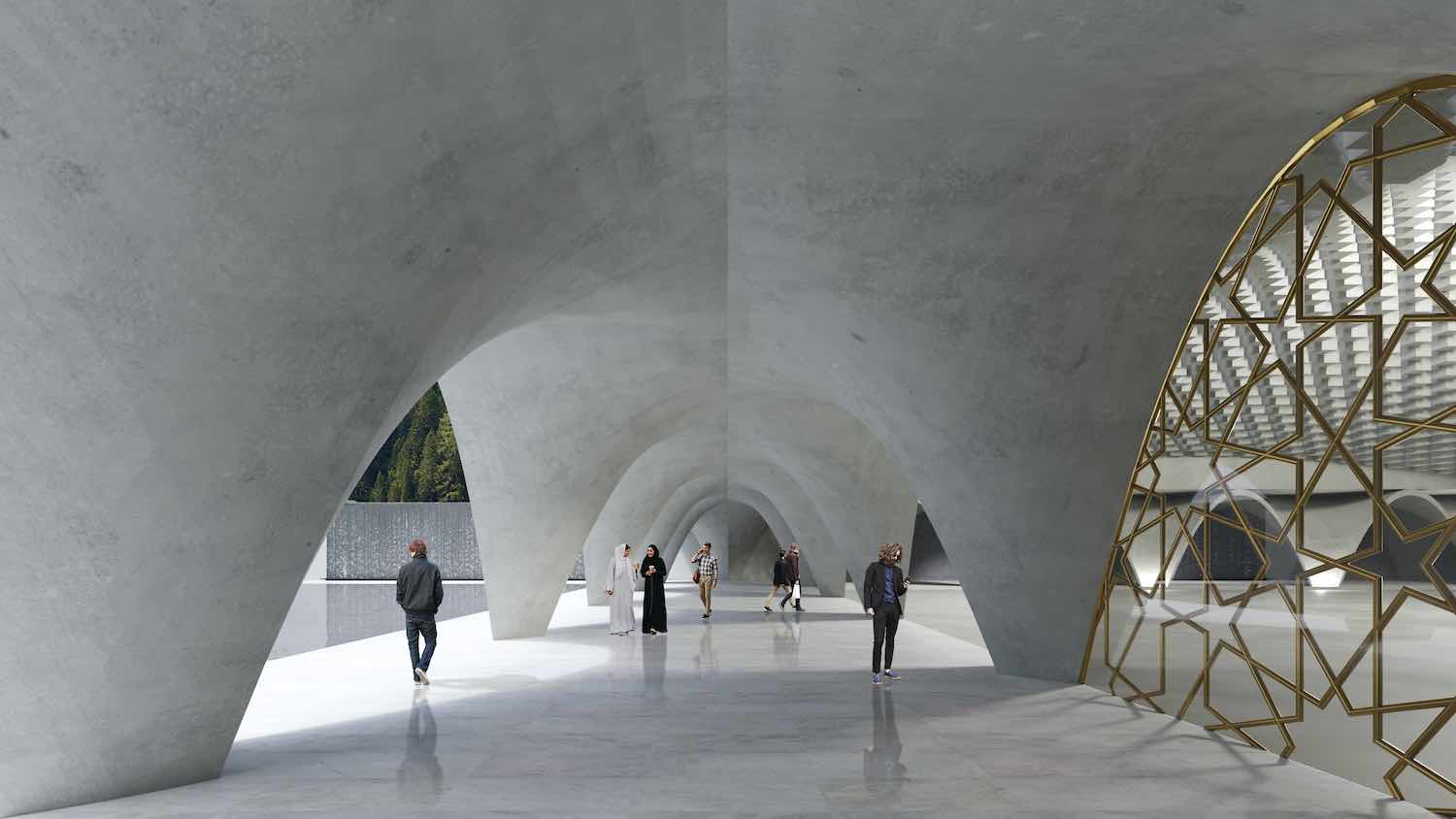 Islamic cultural center in Piedmont, Italy designed by Wafai Architecture in collaboration with Fragomeli and Partners 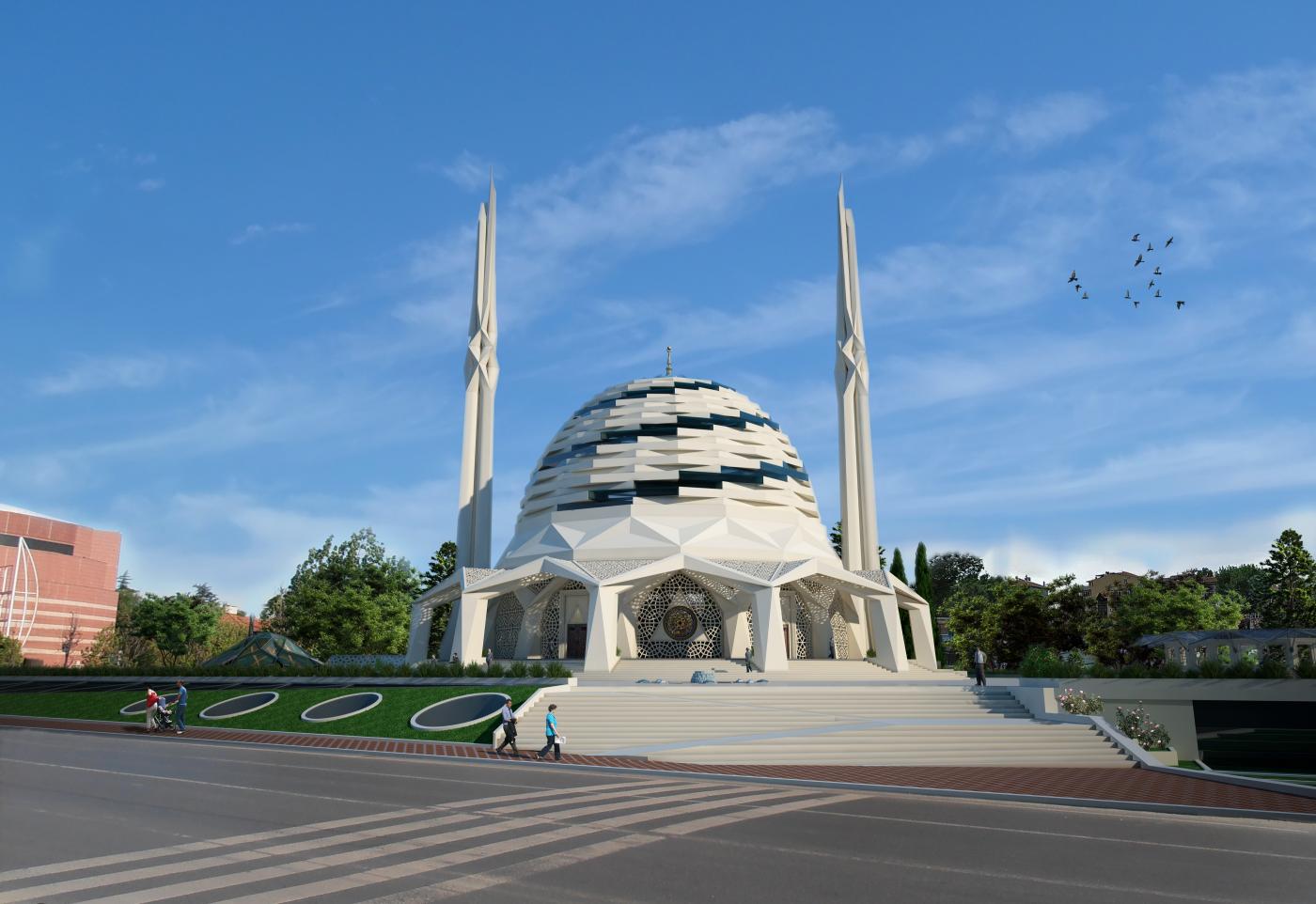 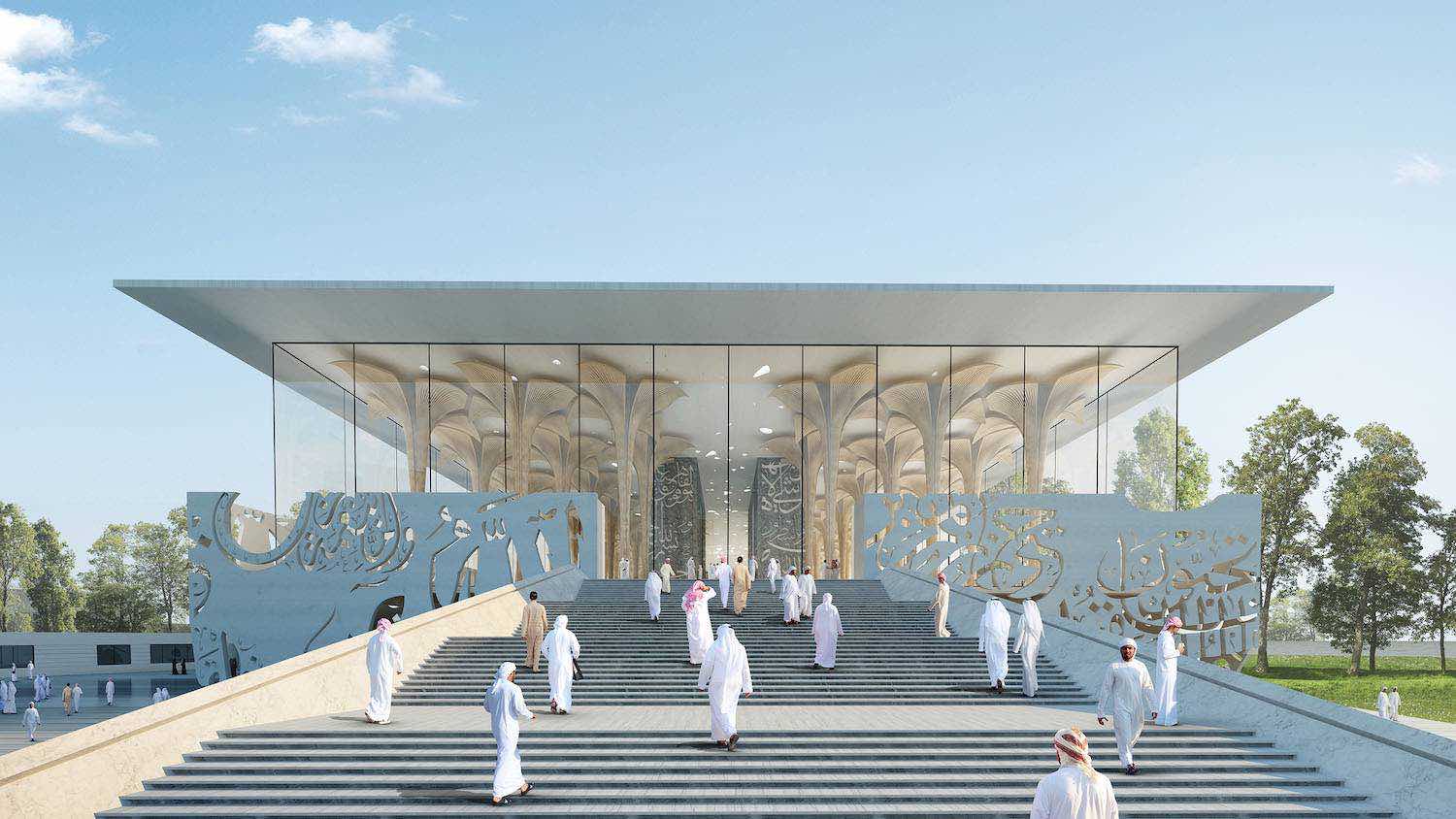