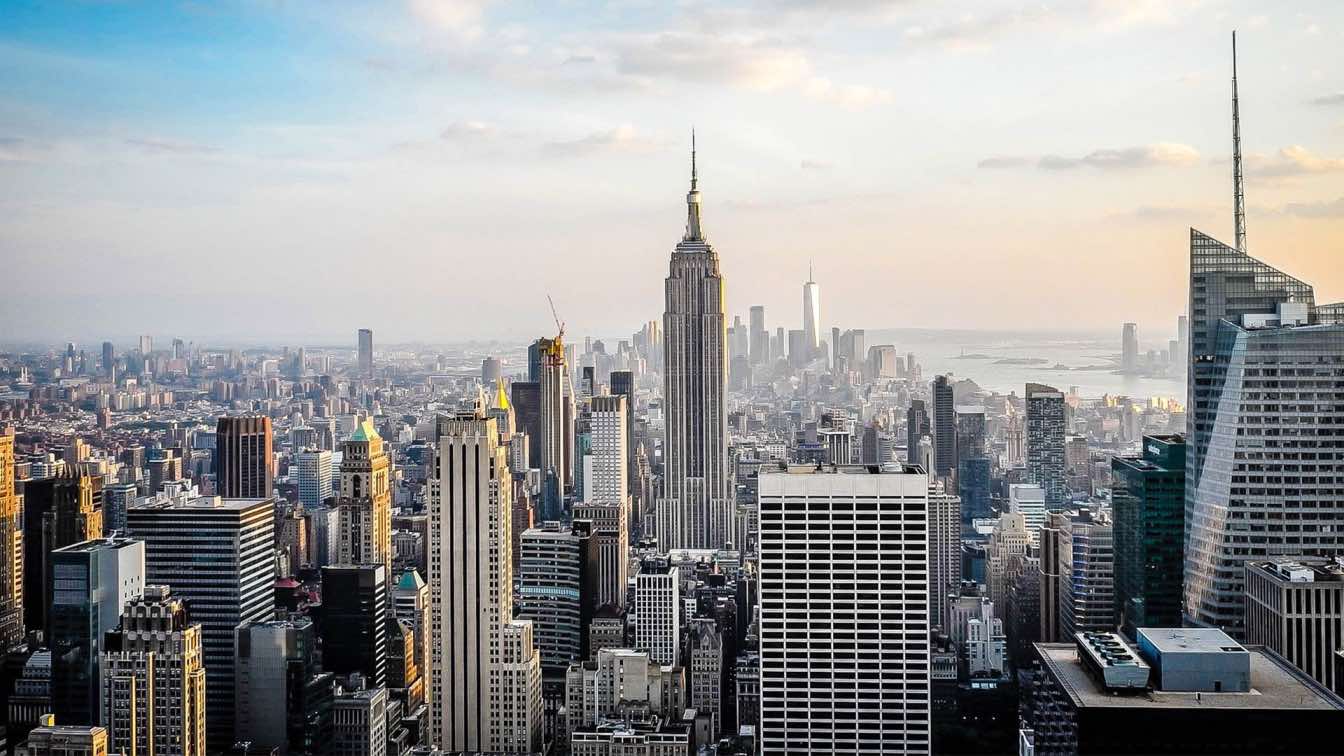 The New York skyline is iconic in itself and is packed with soaring towers and magnificent architecture. The history of the many famous structures in New York is as fascinating as the architecture itself, and many have been immortalized so romantically in motion pictures that they take on an even greater sense of majesty.

Let’s take a look at some of the most iconic architectural structures in New York, and a little about their history.

The Empire State Building was completed in 1931 and held the record for the world’s tallest building for over 40 years, until it was surpassed in 1972 by the World Trade Centre’s North Tower.

Its Art Deco Style consists of a steel frame, Indiana limestone, and granite, and features 6,500 windows. The Empire State Building was officially named one of the Seven Wonders of the modern world in 2005. The view from the deck is famously stunning and arguably the most popular observatory in the world. 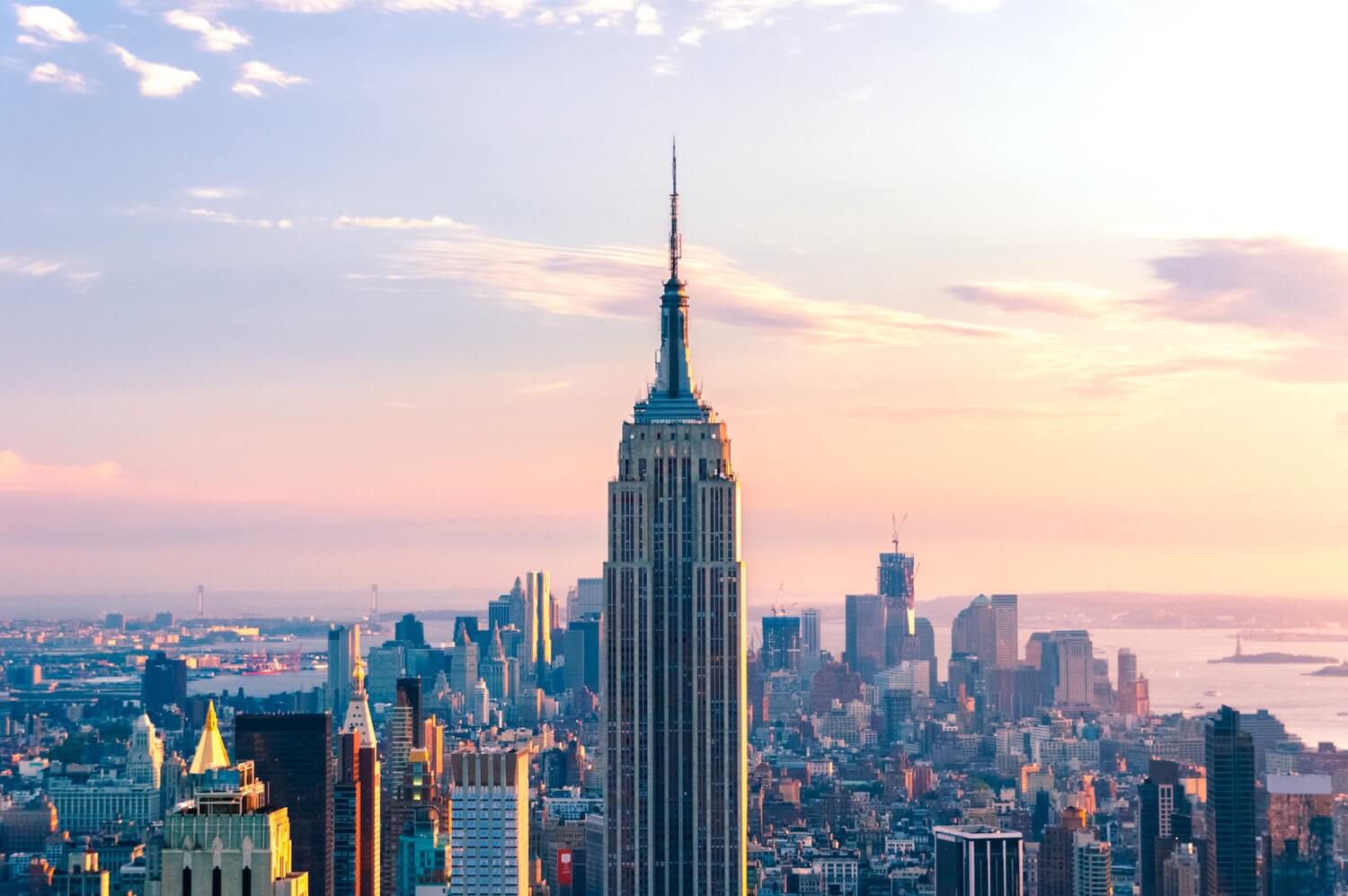 This iconic Art Deco skyscraper stands at 319 meters tall on the east side of Manhattan, at the 42nd St. and Lexington Avenue intersection. It was originally racing to become the world’s tallest building during construction in 1928, which it achieved, but was surpassed by the Empire State Building within a year of completion.

The site was originally home to a Chrysler dealership (hence the name), and the lobby features a stunning Art Deco-inspired mural, which, measuring 78 ft by 100 ft, was the largest in the world when completed. 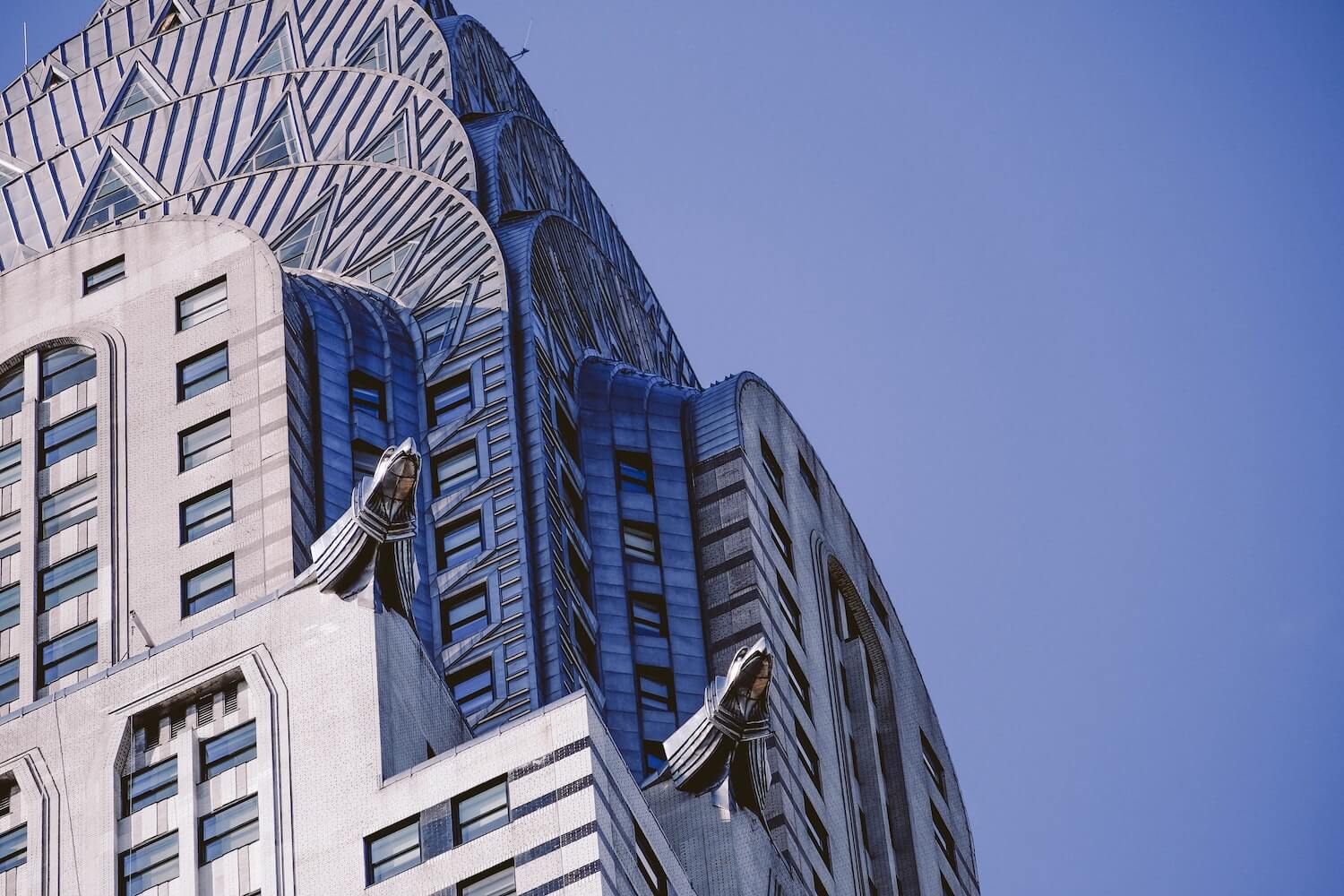 In terms of the number of platforms it services, Grand Central Station is one of the largest train stations in the world, featuring 67 tracks across two levels.

Its iconic beaux-arts architecture is located at 42nd Street and 3rd Avenue and is often featured in media and film. The magnificent concourse features an astronomical ceiling mural depicting a starry Mediterranean sky. The central information booth is a popular meeting point, featuring a stunning opal-faced clock rumored to be worth in excess of $10 million. 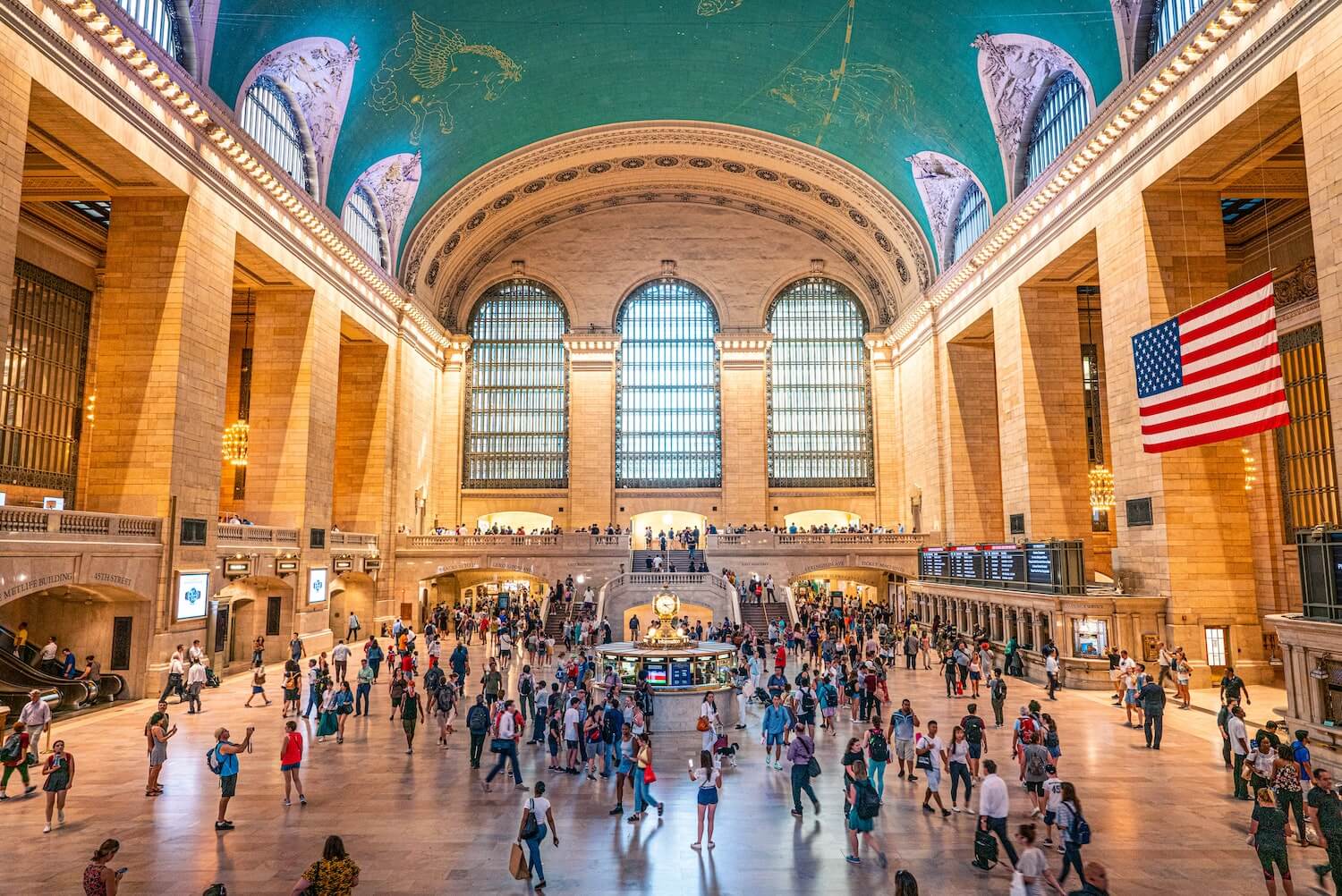 Currently the tallest skyscraper in New York, the One World Trade Center is the sixth tallest in the world, standing at an impressive height of 1,776 ft - chosen specifically to represent the year the Declaration of Independence was signed.

The tower’s design features innovations in structure as well as safety, urban design, and sustainability. Its erection was intended to not only rebuild the original World Trade Center Towers, but to also memorialize them after their devastating destruction in 2001. Today, the new One World Trade Center building is colloquially called the ‘Freedom Tower’. 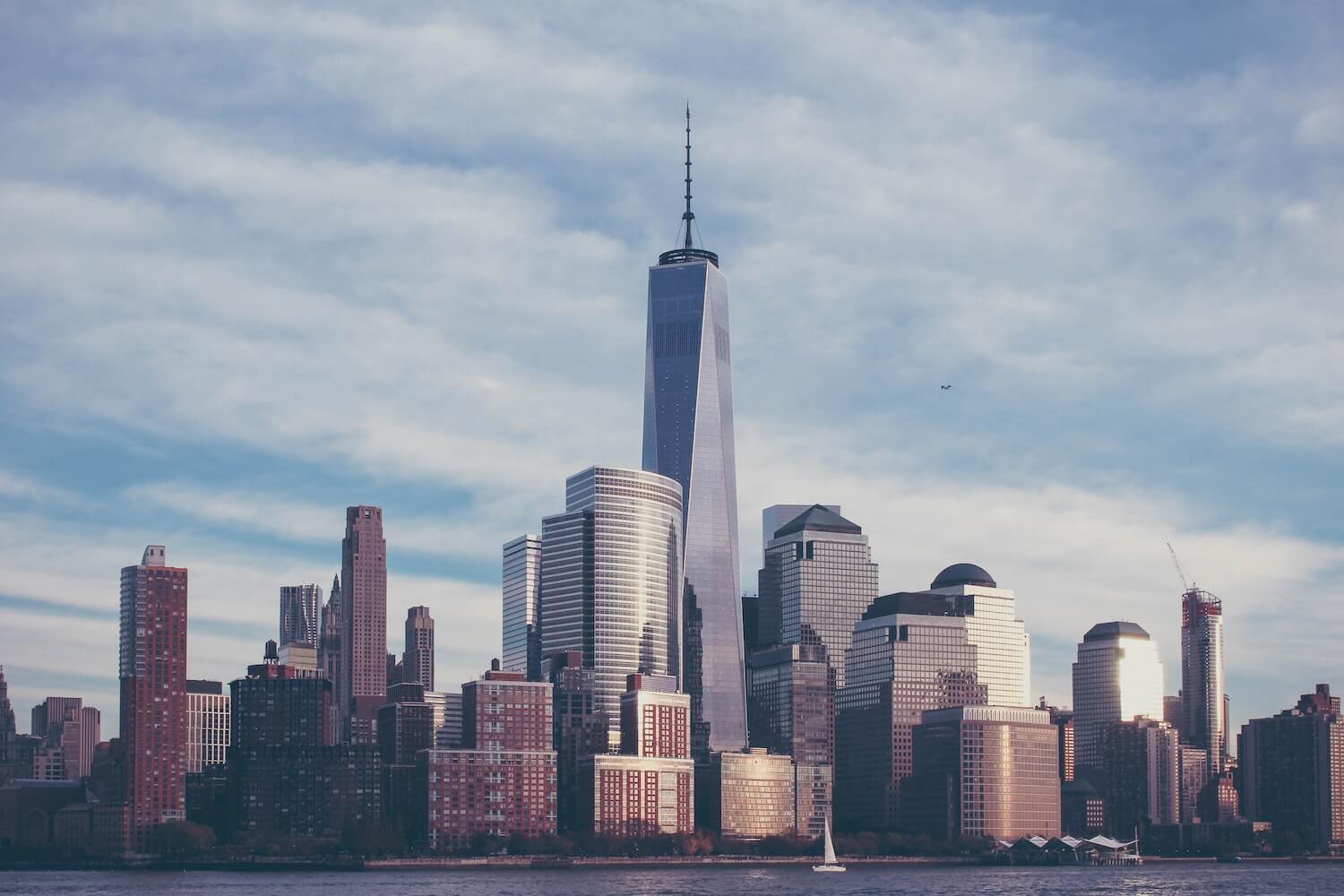 Serving Manhattan, Staten Island, and The Bronx, the New York Public Library is one of the world’s largest research library systems, and its iconic flagship building is a National Historic Landmark that stretches between 40th and 42nd Street in Manhattan.

Built in 1911 and of stone construction, the New York Public Library is one of America’s most significant libraries, as well as being one of the largest, and operates upon both public and private funding. 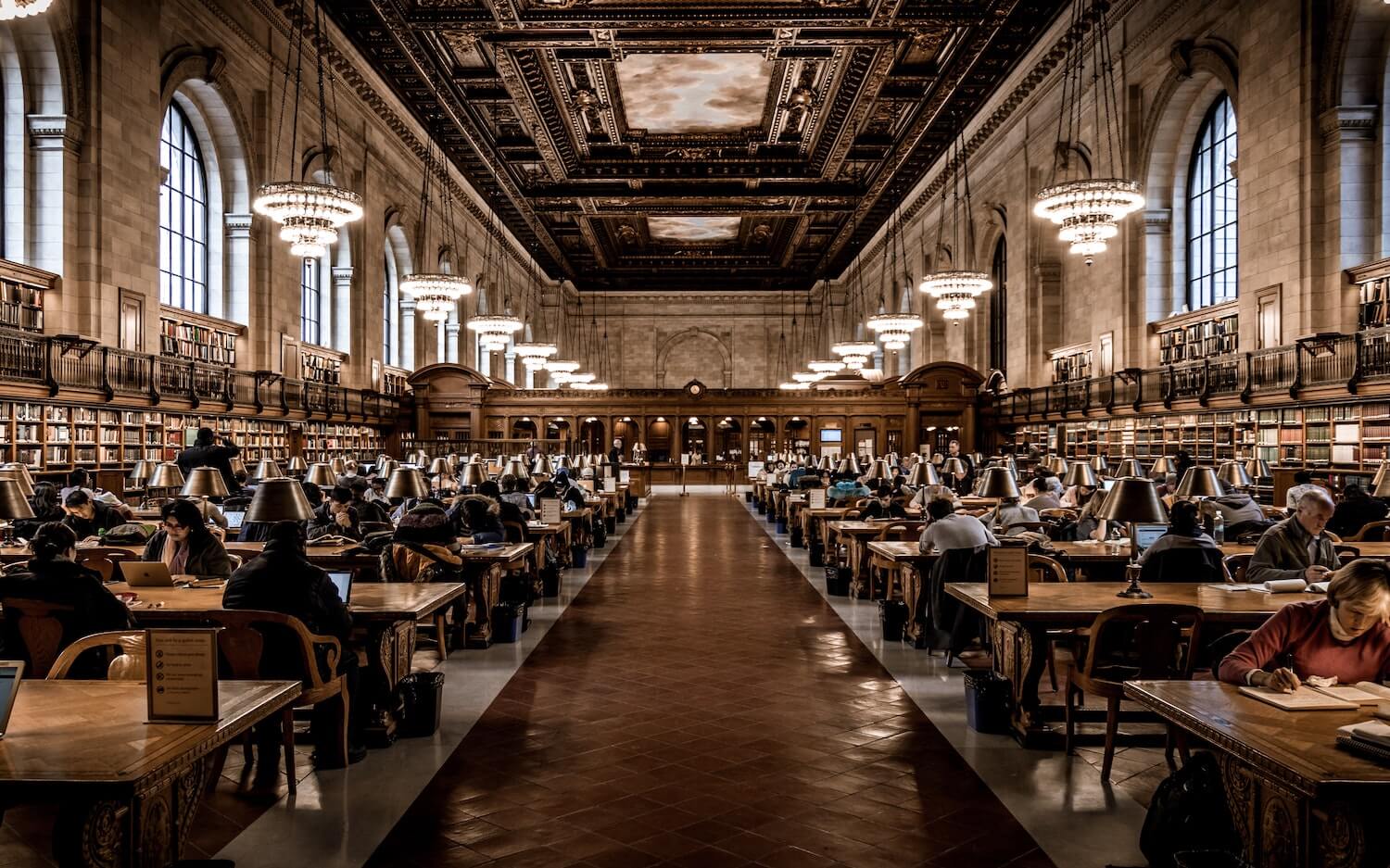 Located opposite the Rockefeller Center on Fifth Avenue in Manhattan, St. Patrick’s Cathedral is the largest Neo-Gothic Cathedral in North America. The Rev. Michael A. Curran acquired the site via a debt payment and shortly after, work began in 1858 to build the cathedral as it stands today.

It is an awe-inspiring historical structure, particularly during mass services when the organs below through the vaulted gothic ceilings. 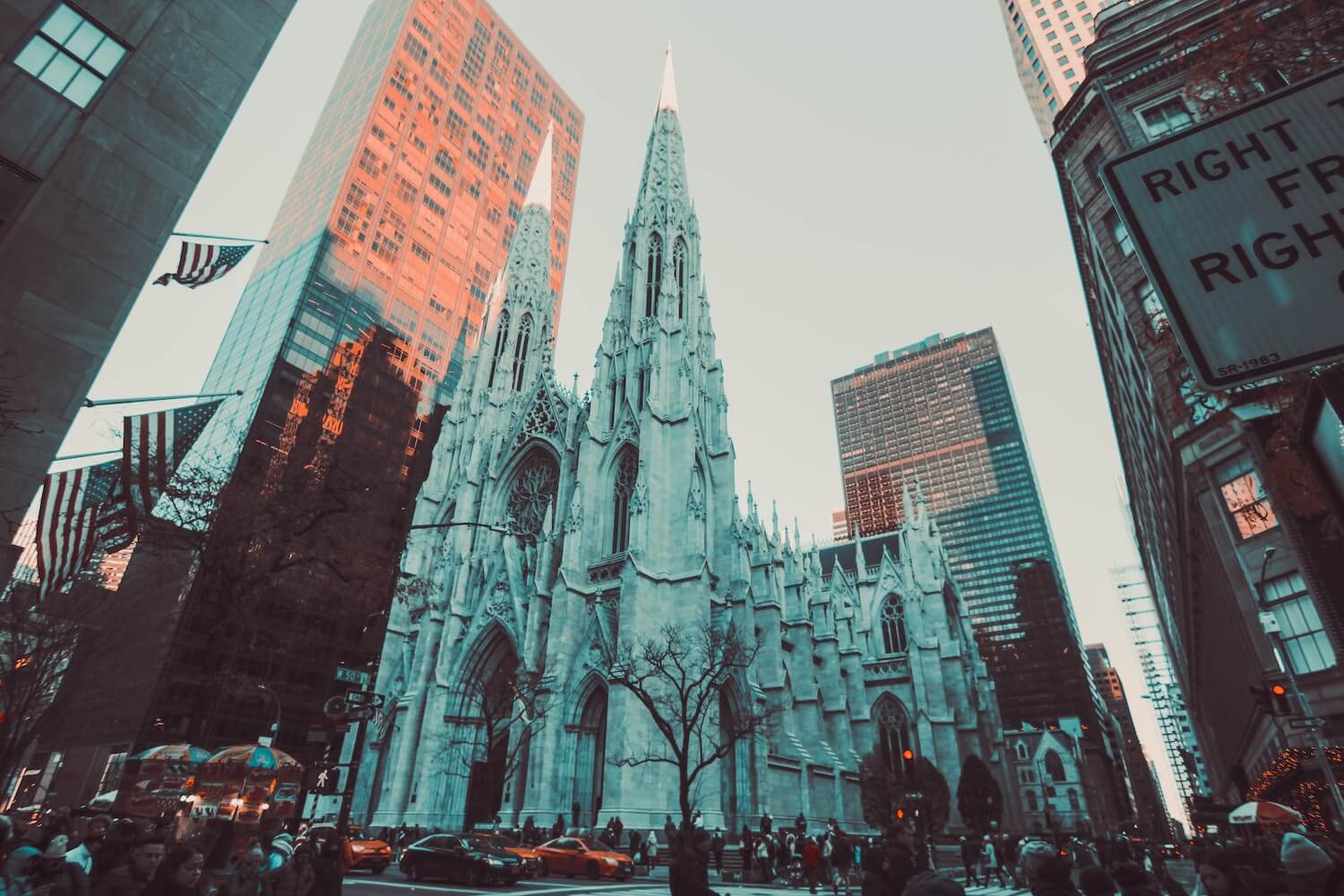 This historic New York hotel, famed for its luxury, was built between 1929 and 1931 and features the Art Deco styling of its time. This 47-story hotel, located on Park Avenue in Manhattan, stands at 625 ft (191m) and was designed by architects Schultze and Weaver.

One of the oldest suspension bridges in the country, the Brooklyn Bridge opened in 1883 and spans almost 6,000 feet across the East River, connecting the boroughs of Manhattan with Brooklyn.

At the time of its opening, it was the longest suspension bridge in the world and was called the New York and Brooklyn Bridge - later named the Brooklyn Bridge in 1915. It has been renovated several times during the 1950s, 1980s, and again in 2010 and remains a major tourist attraction. It is now a designated New York City, and National Historic Landmark, as well as a National Historic Civil Engineering Landmark. 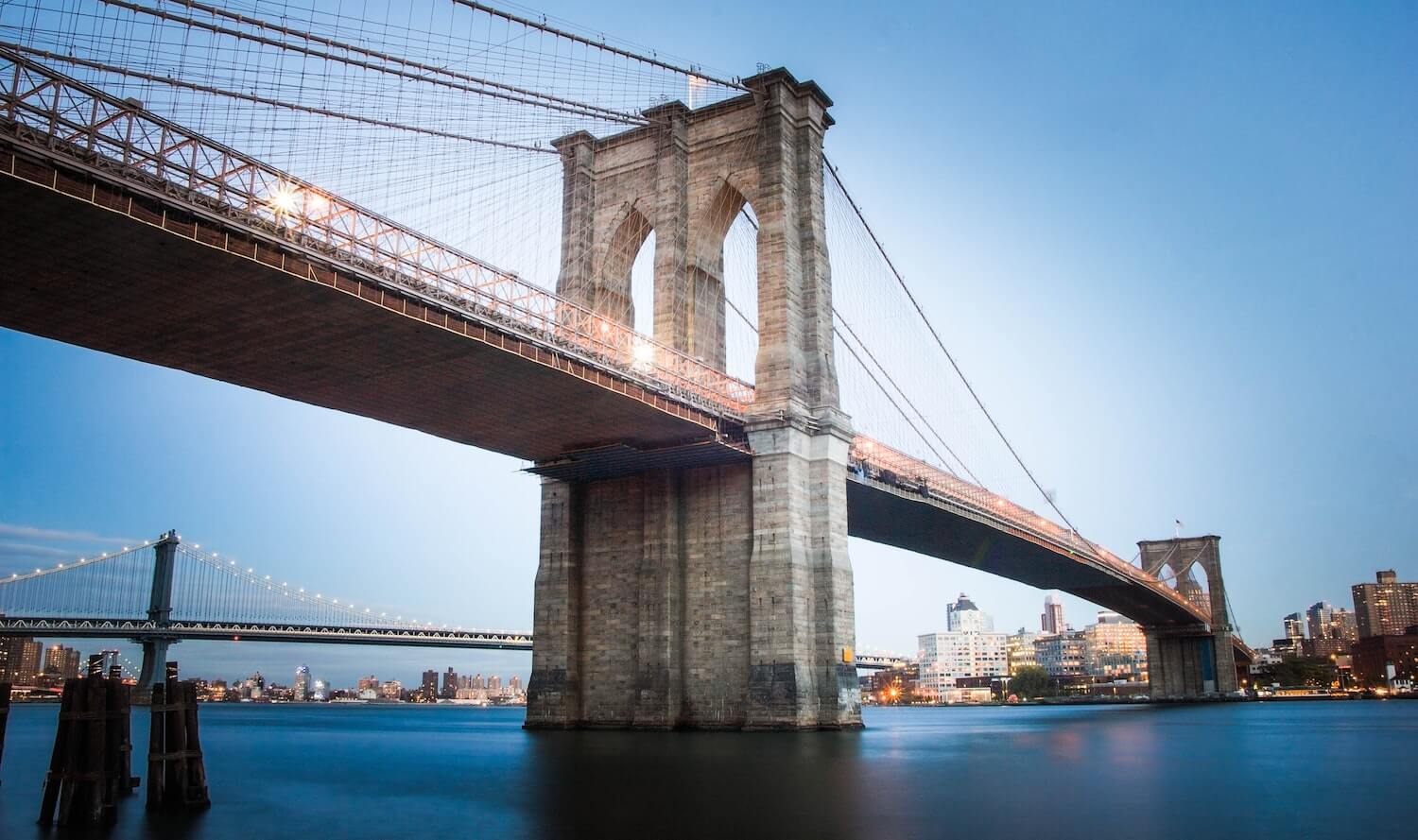 New York is so rich in magnificent architecture that it is hard to choose which to cover and these are just a handful of the most iconic. Others not mentioned are just as profound in their structure and historical significance, including Radio City Hall, the Rockefeller Plaza, the Flatiron Building, and many, many more. 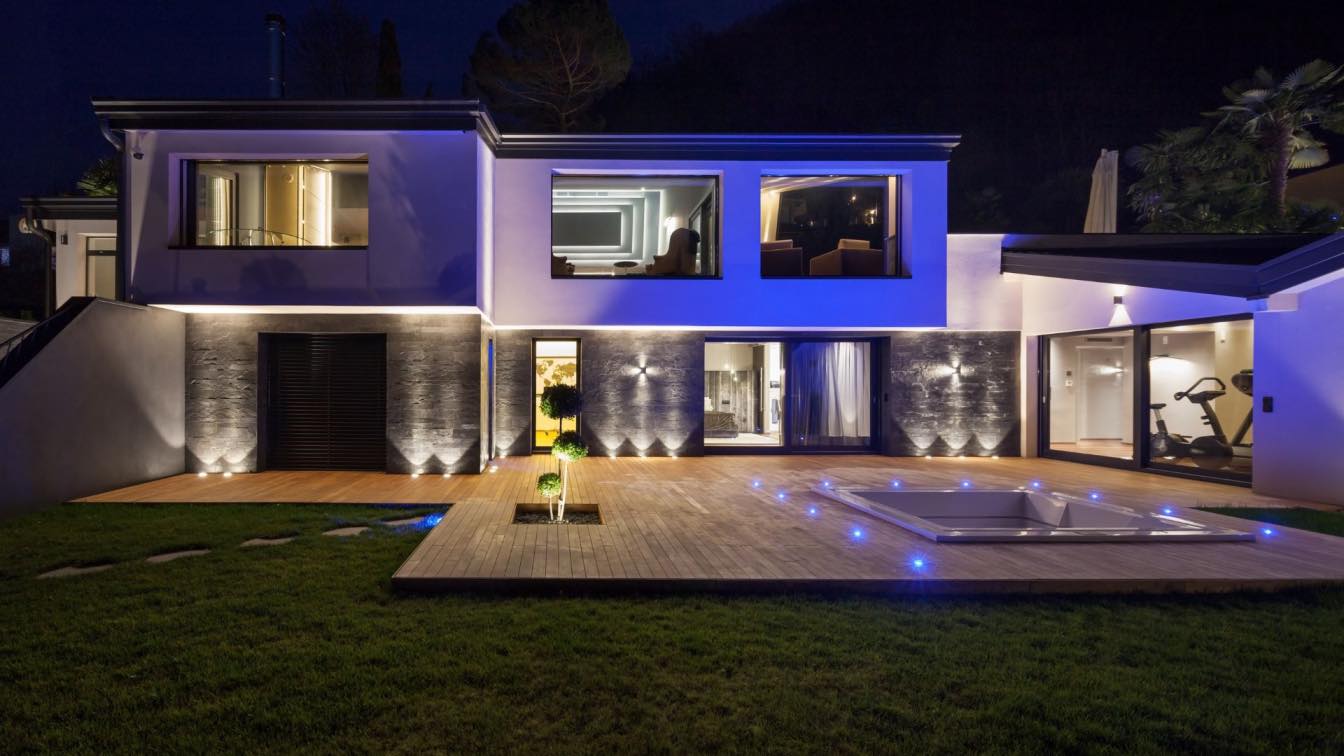 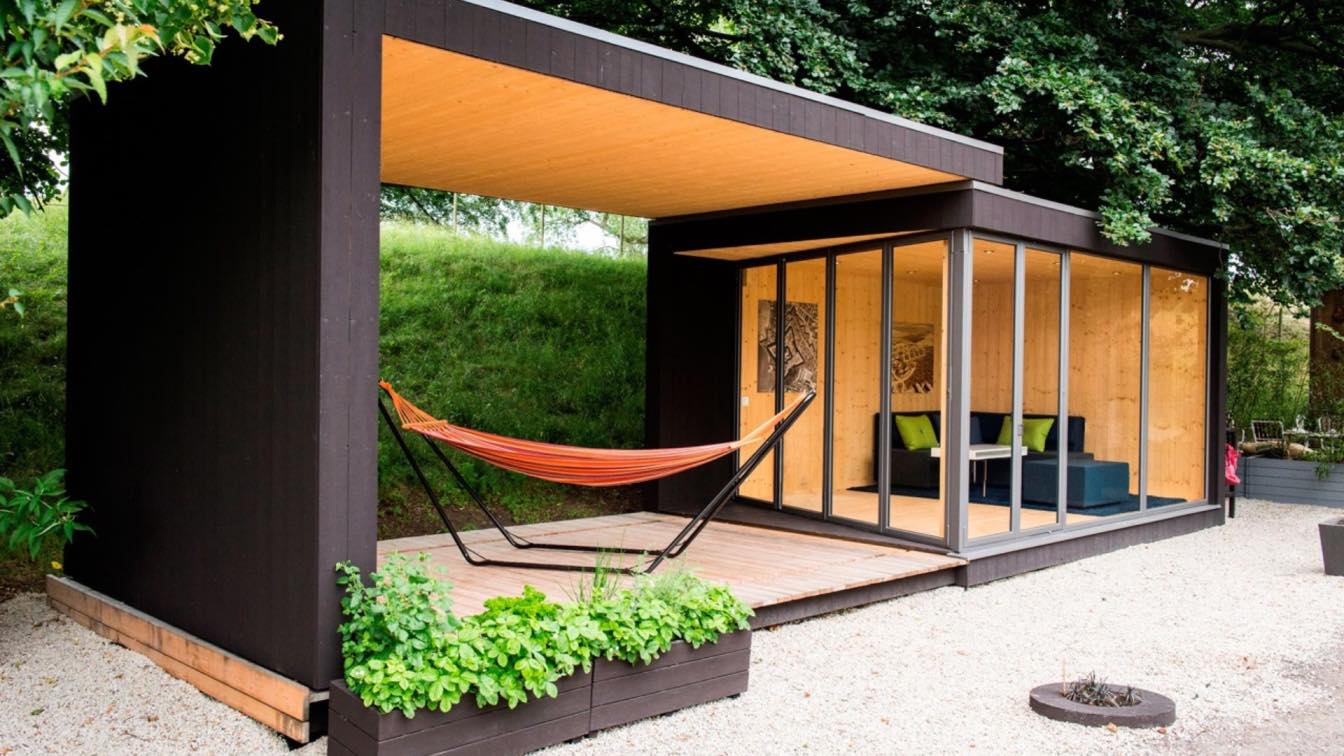 How a Prefab Shed Can Aesthetically Add Value to Your Backyard 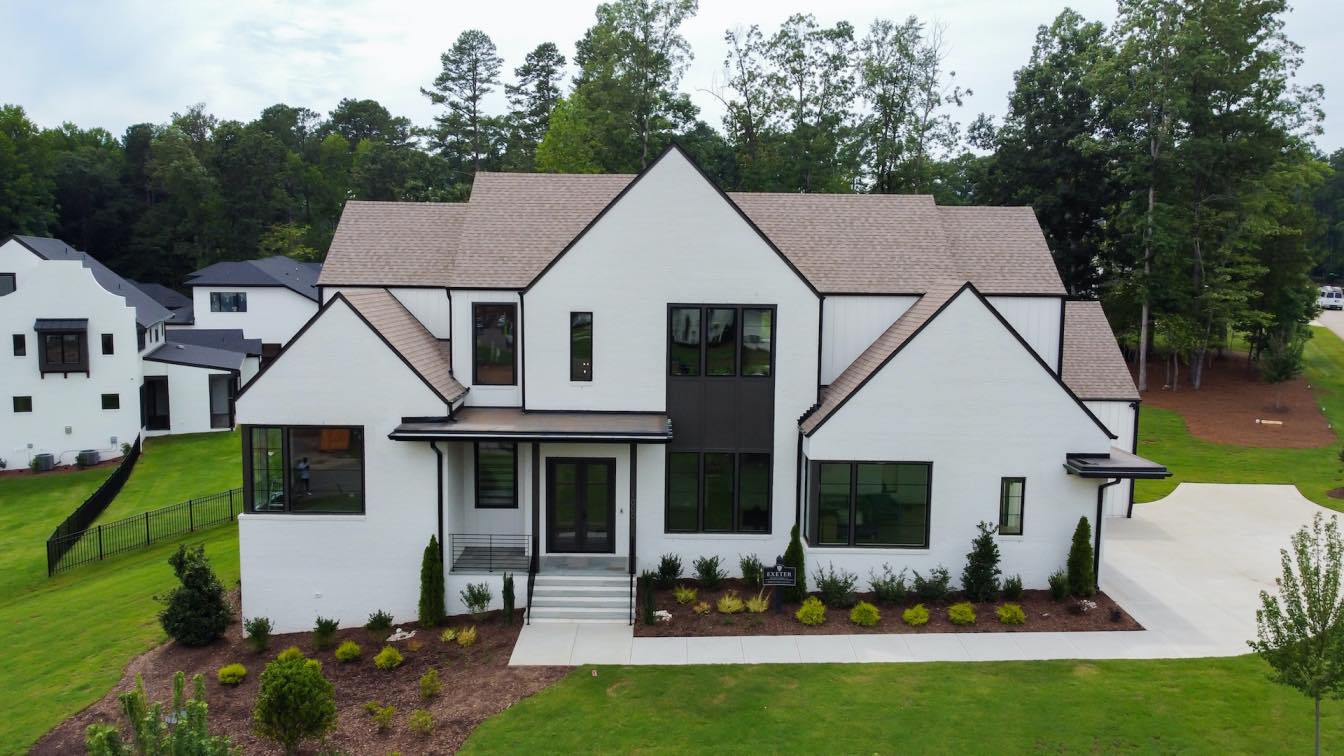 How To Check Your Home In Case You Need Underpinning Specialists 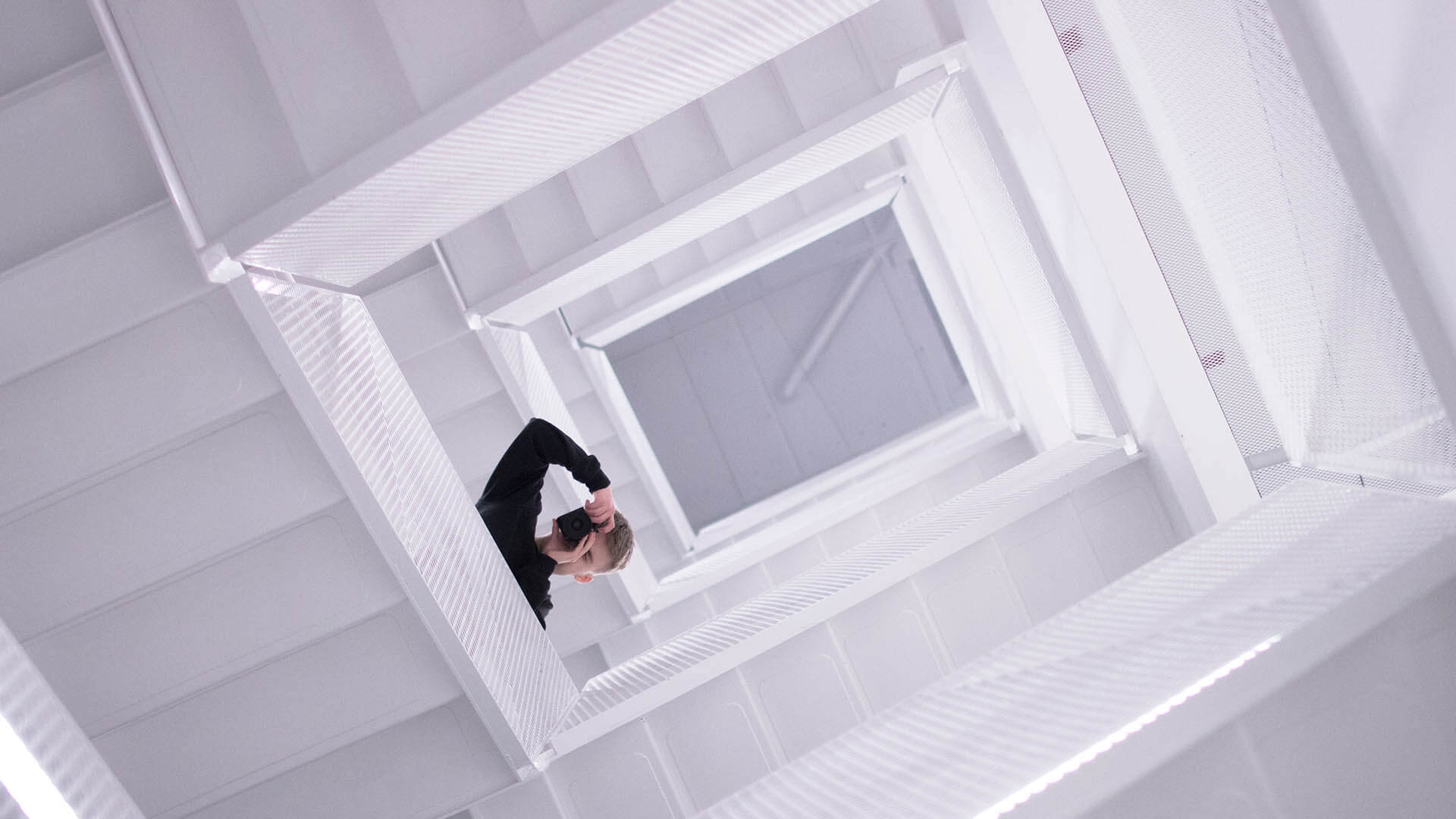 How To Make Your Pictures Look Professional By Using Lighting