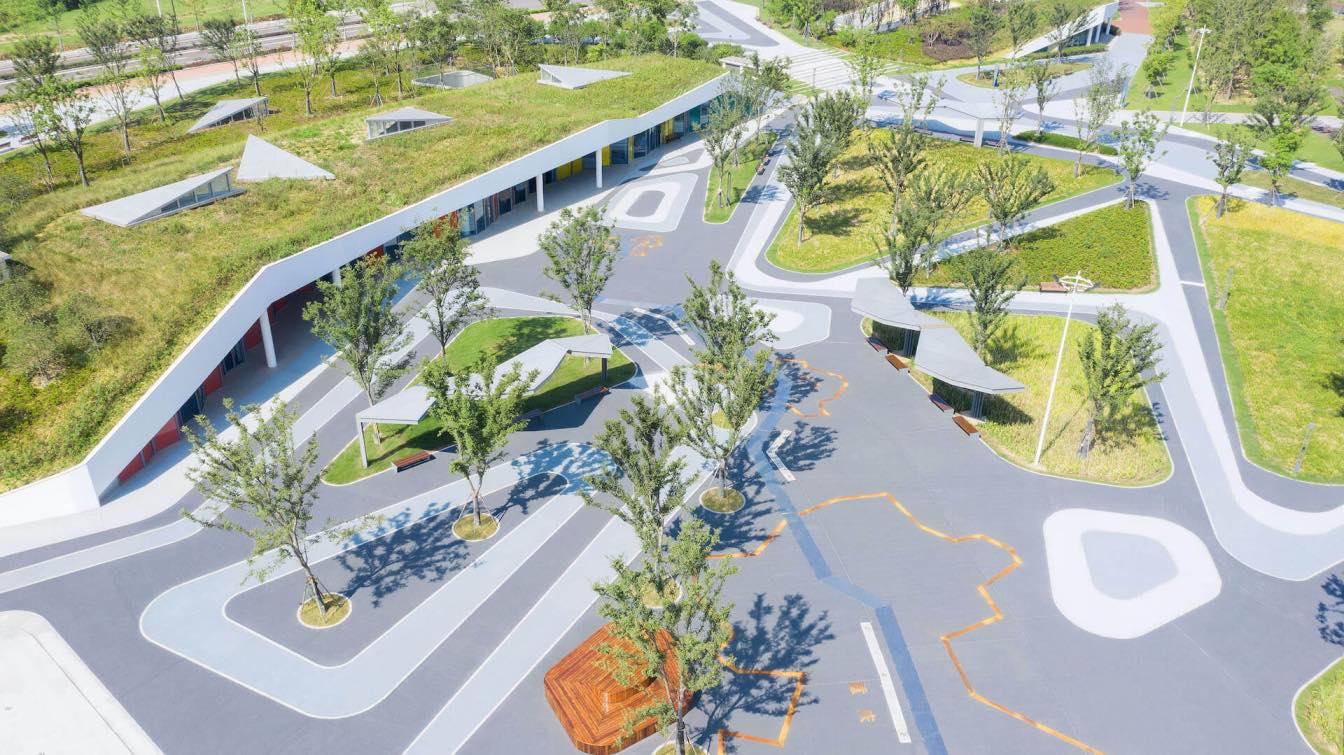 BAU (Brearley Architects & Urbanists): Jiangyin is on the Yangtze, the world’s busiest working river. The city is regenerating part of its industrial docklands as a high density live-work district. Stage one of this major project is the creation of a 4 km public realm along the river edge. The design was selected through invited competition.

3. maintain presence of the historic past.

5. link beyond the site for the emergence of a city park network. 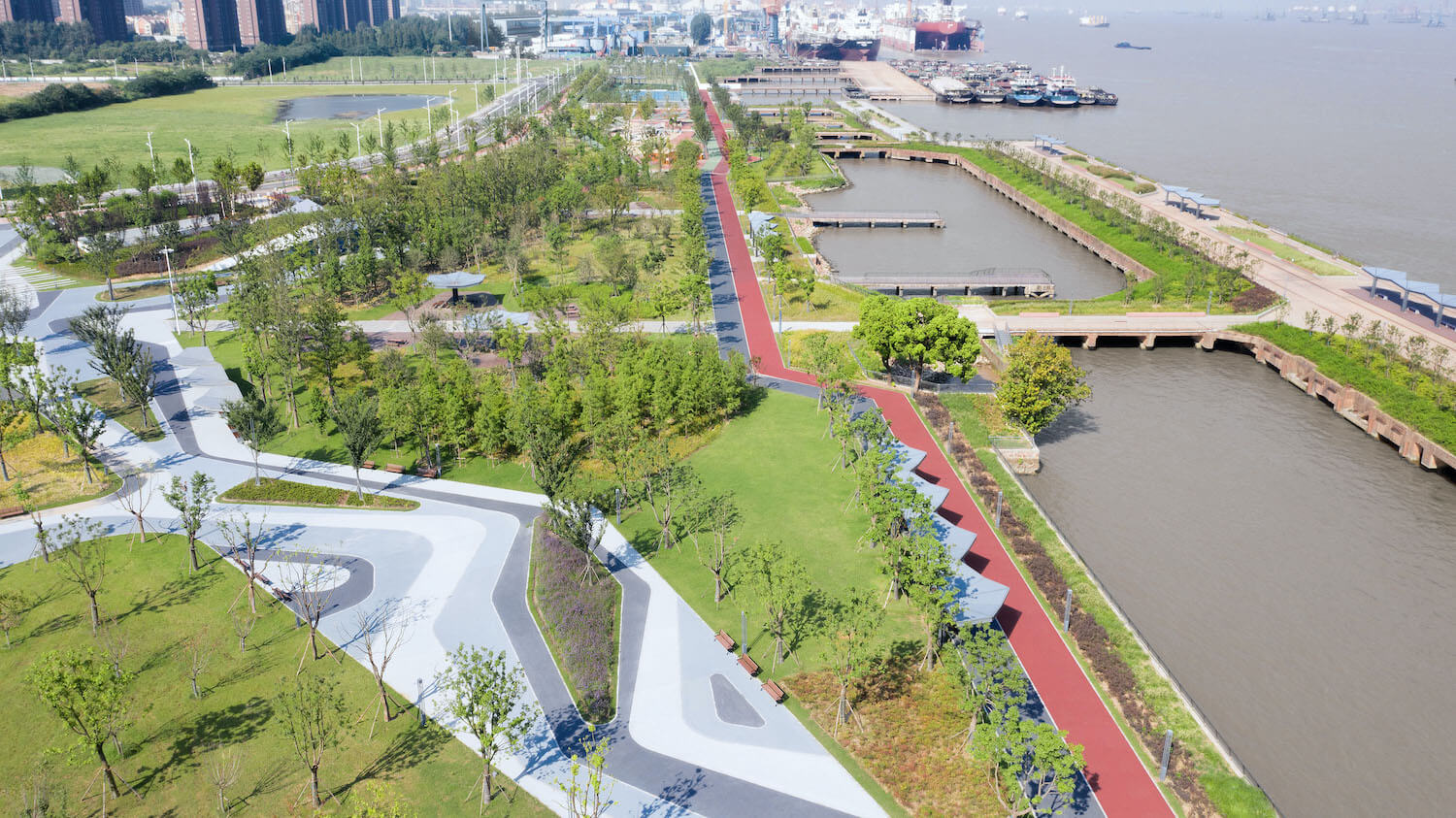 The Yangtze at this location is tidal. This project rehabilitates, preserves, enhances and extends a raft of microhabitats. Complexity of the existing river edge is formally maintained, enhanced and secured with loose rock scaled for habitat. A new corridor of indigenous trees and plants weaves through the project’s length to connect the Ebizui mountain ecological node to the east with the canal eco corridor towards the west.

The vast worn concrete wharves are colored by the brown earth washed down the Yangtze. Overlooking the two-kilometer river from the prosaic empty docks presents an overwhelming scale and sense of the sublime. This design preserves even the most brutal of structures. Necessary new interventions on and around the wharves share the scale, robustness and clarity of this industrial context. Whilst the future district promises to be filled with vibrancy, and much of the landscape is rich in complexity, the wharf edges provide a rare escape. 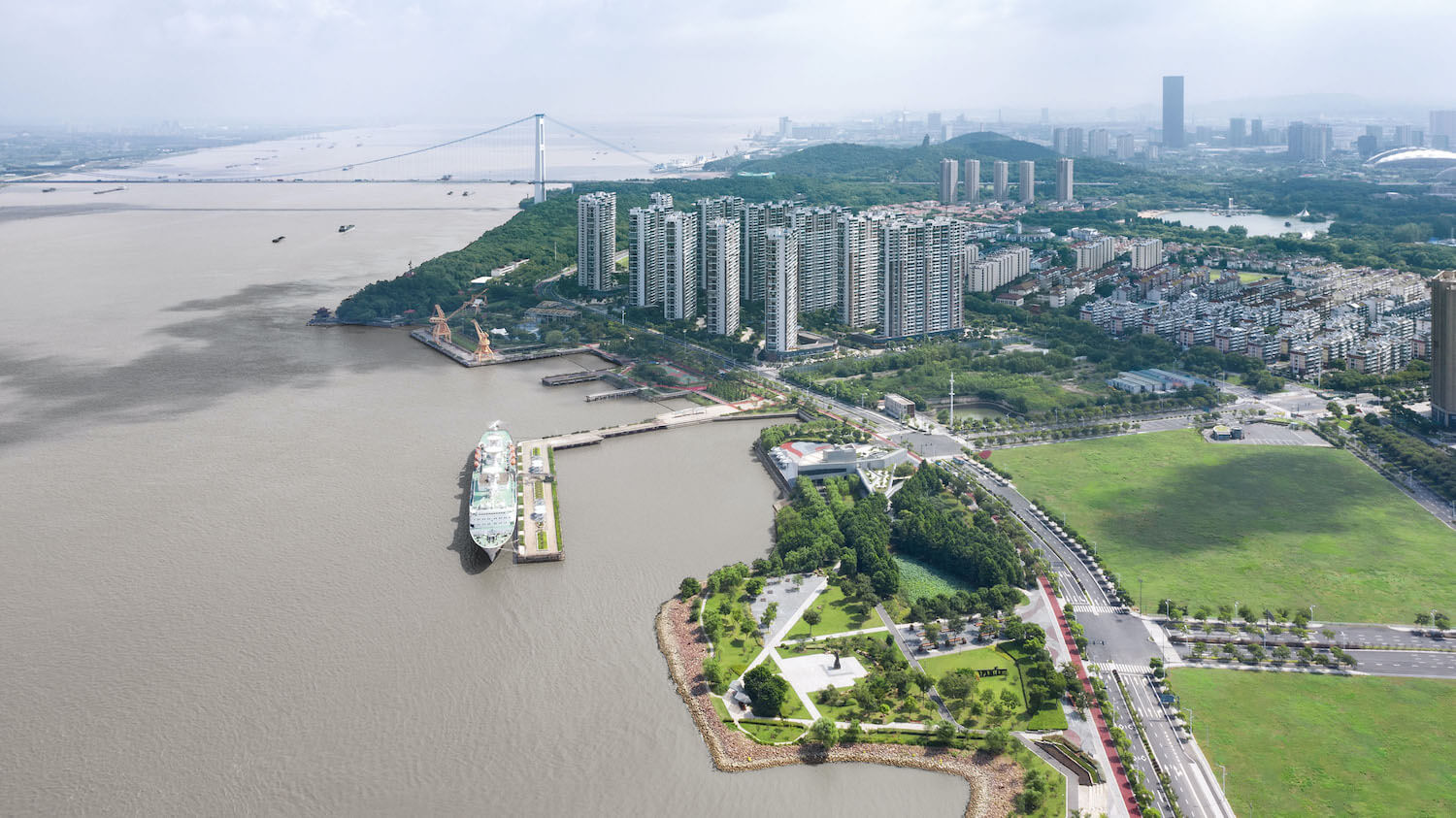 3. Continuity with the Past

Whilst the majority of the site was open and flat for stockpiling raw materials, the eastern portion of the site was recently a functioning ship building facility. The design strategy-maintained traces of the site’s history and overlaid a number of ecological, circulation and programmatic layers. The result is a complex palimpsest supporting inclusive and diverse open spaces and activities. 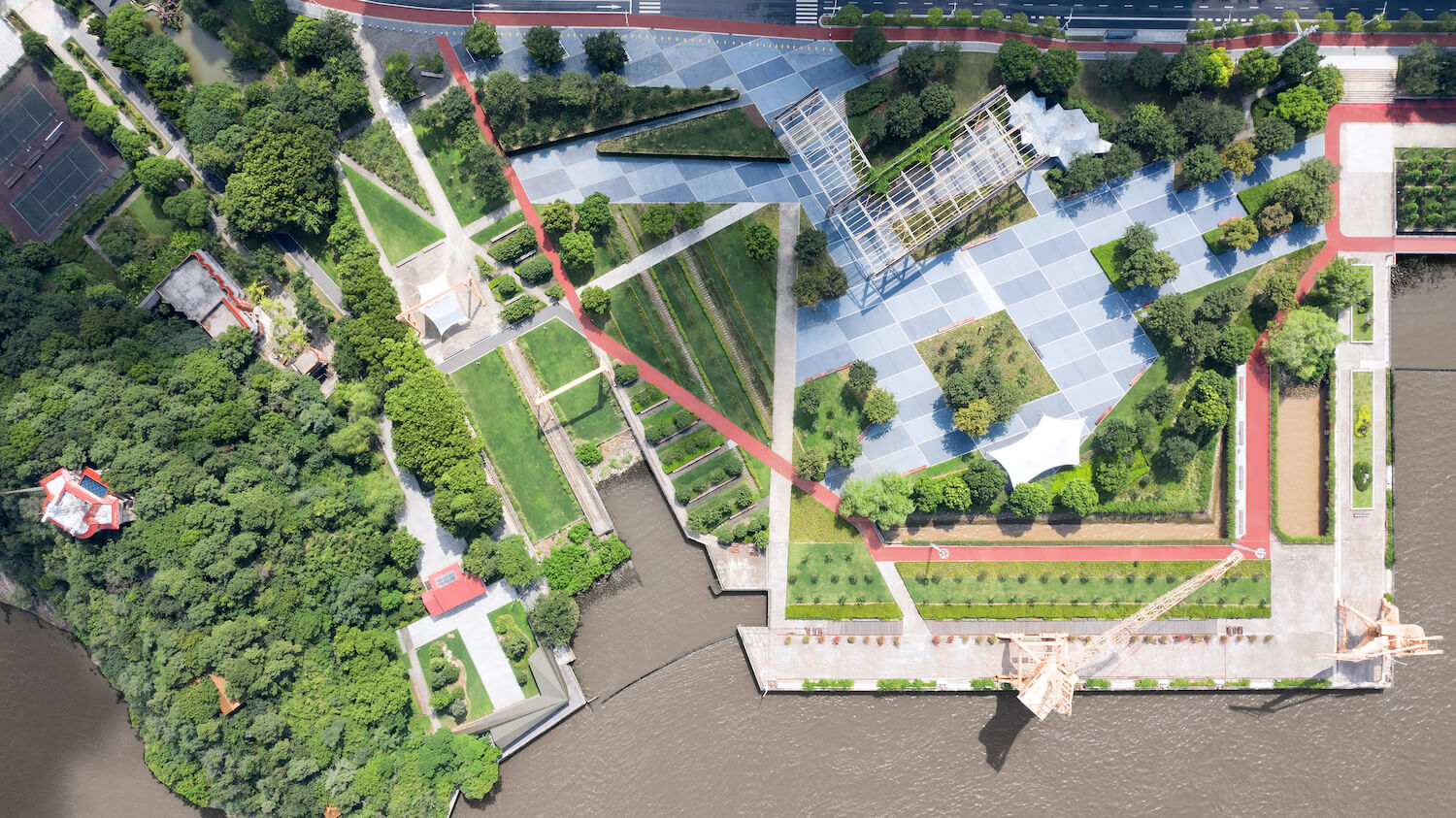 Jiangyin’s origins as a port city date back to the Tang Dynasty (618-907 AD). Research revealed the location of three historic ports. The site of Huang Tian Port, reputedly dating back nearly 2000 years, has been developed as the dockland’s major open space for public events. Interpretive mapping of the Yangtze River is integrated in its paving. Historic Jiu Cai Port has been named and restored in its most recent iteration, as industrial port. A new restaurant designed as an urban hill provides a lookout point. Shiyu Port dates from the 1500s and was a renowned fish market. The new landscape here establishes a plaza, park, and fish restaurant. An integrated paving artwork provides further interpretation.

After a hiatus of nearly fifty years China is prospering and its citizens are rediscovering all variety of leisure pursuits. This landscape introduces opportunities for the very young to the very old. It is the city’s largest playground. Linked by a 4km jogging track are dozens of outdoor sports courts and frequent gym equipment stations for public use. A more leisurely path weaves the length of the site and connects several large children’s playgrounds, a skate park, and numerous groupings of exercise equipment for the elderly. Frequent throughout the landscape are dancing plazas, a popular local pursuit. A host of pavilions, tables for games, and lawns for picnics, tents and programs yet to come. The Park ushers in a novel, exotic era of health and play. 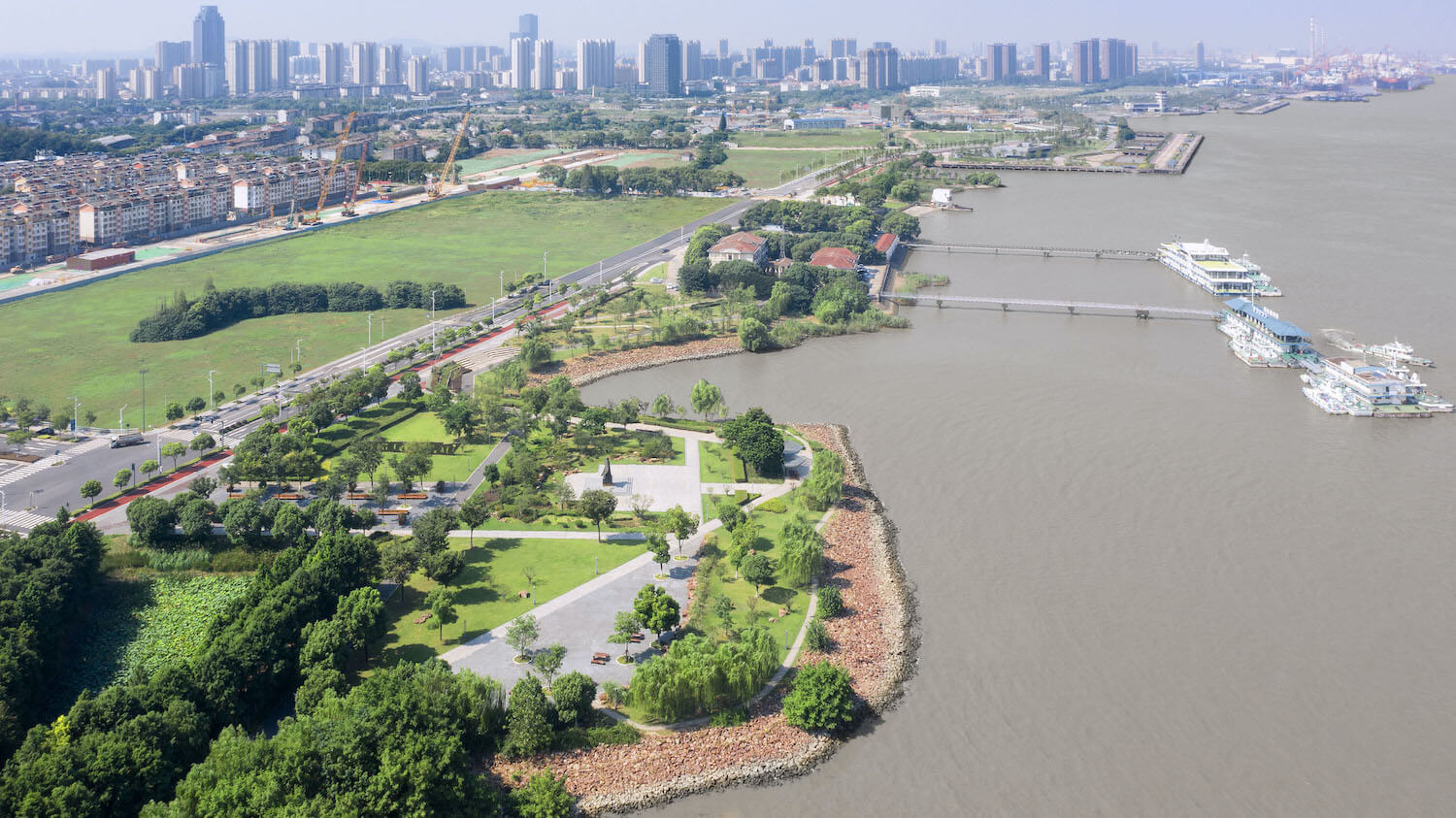 The bicycle path in this docklands park has initiated a 20km bicycle loop tracing existing and proposed lineal parks in the city. Linking the disparate parks with this loop, or greenway, brings about an accompanying ecological link. An extensive eco-system network is emerging. Pedestrian paths extend along the Yangtze either way. To the east a narrow boardwalk has been installed to enable people to pass around the steep mountain edge. The docklands park is also designed to smoothly connect to the urban district under construction. The circulation of the foreshore is coupled with the urban circulation. Plazas and city-river view corridors are located on street axis from where landscape paths radiate. 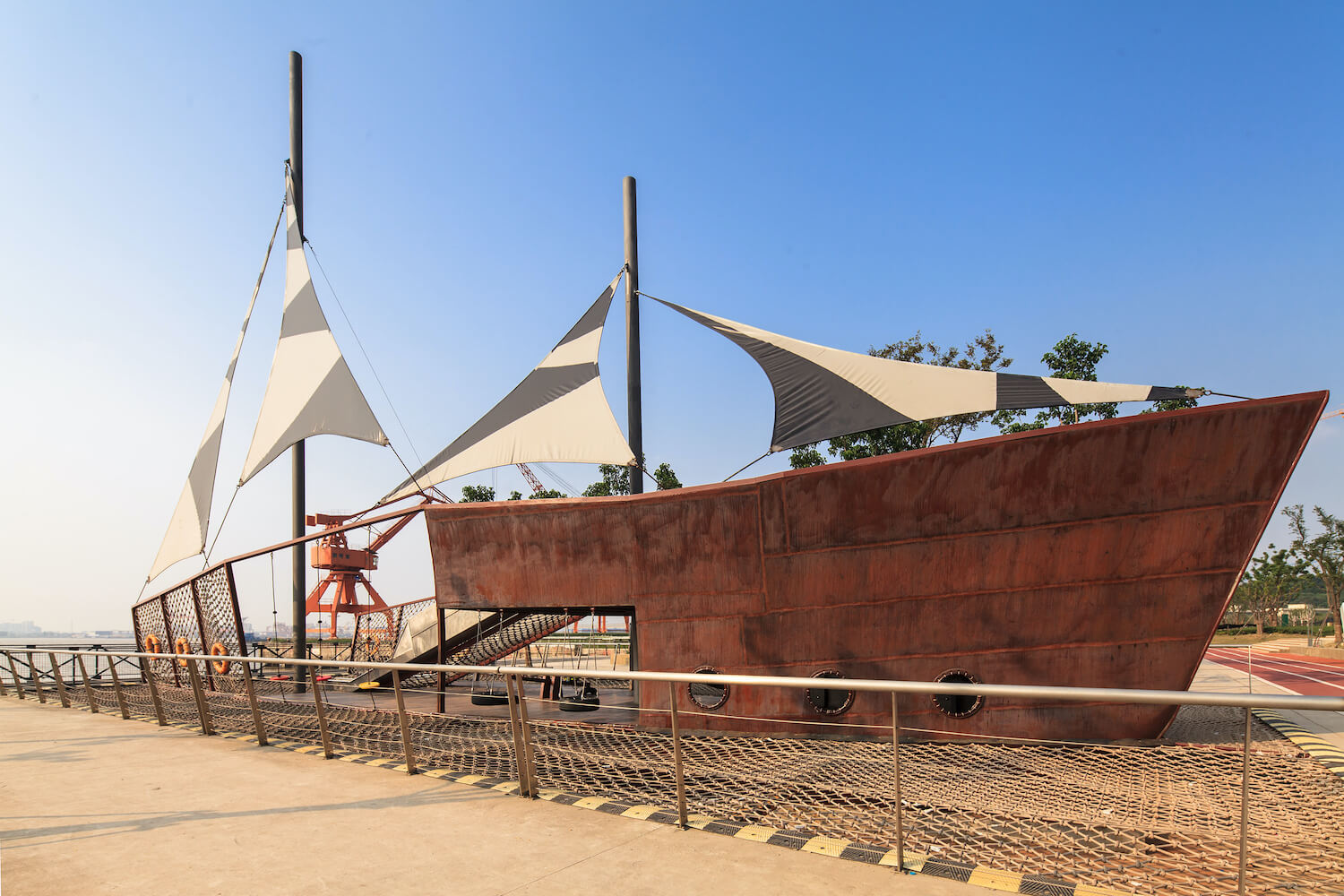 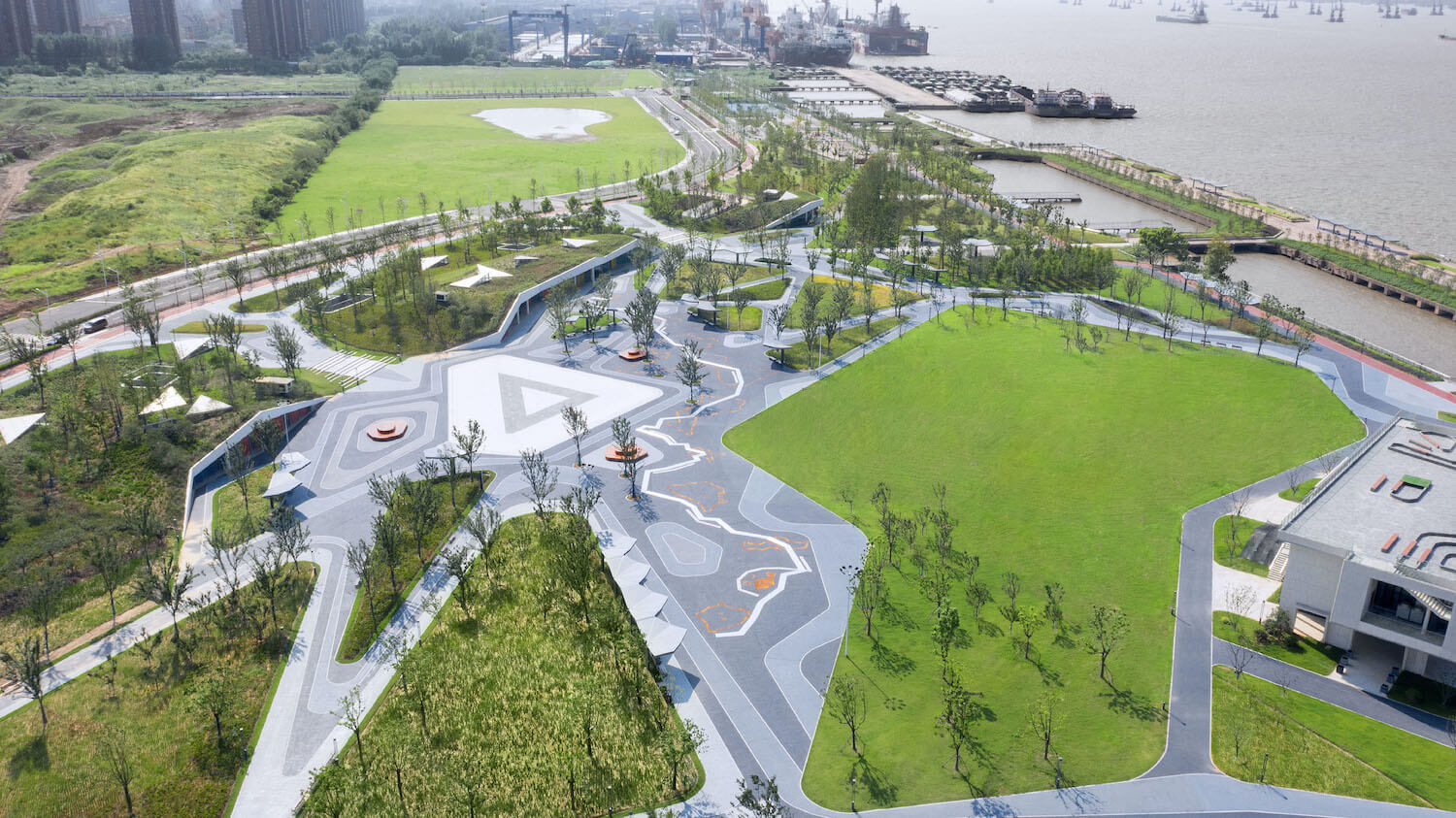 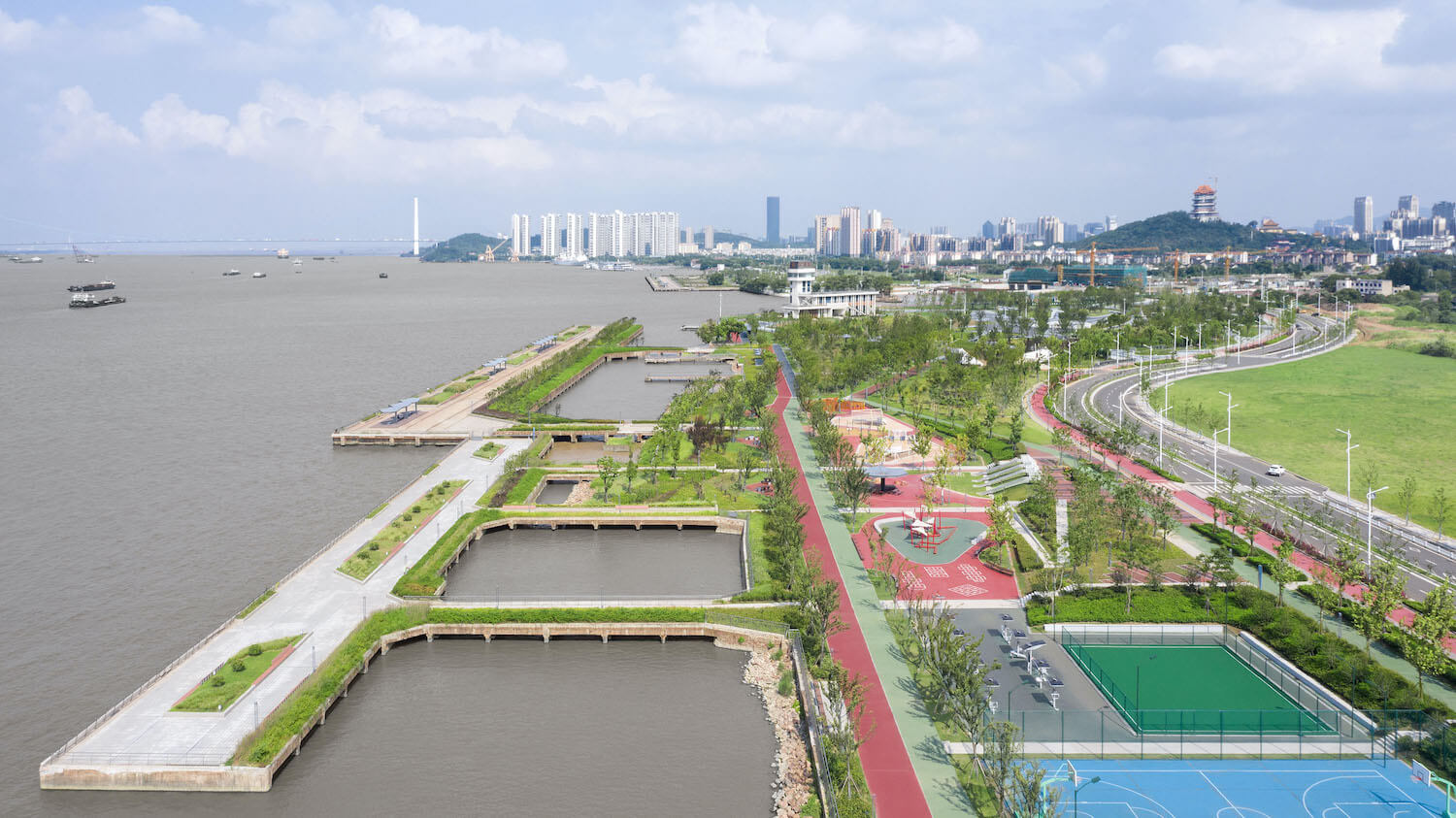 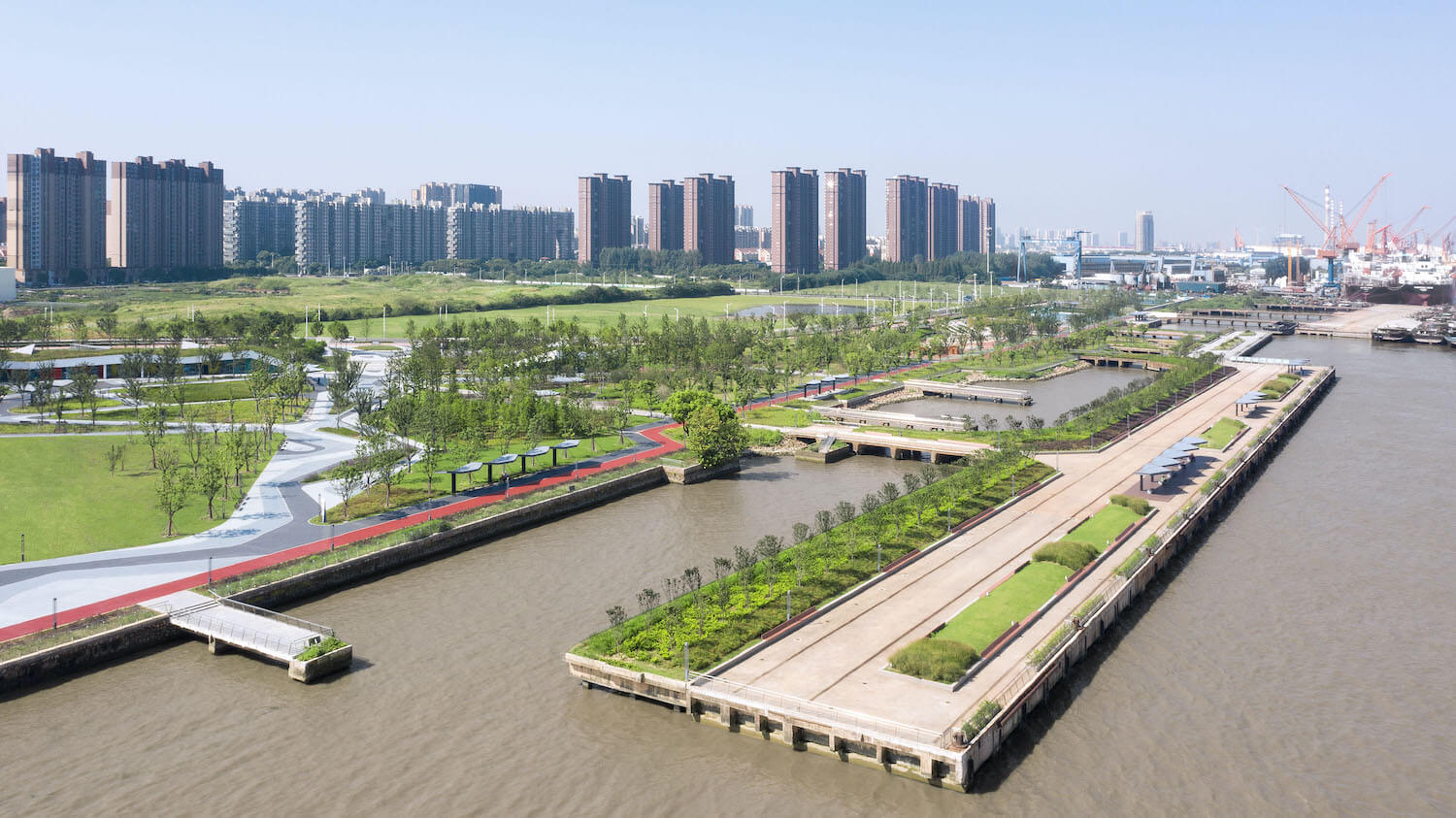 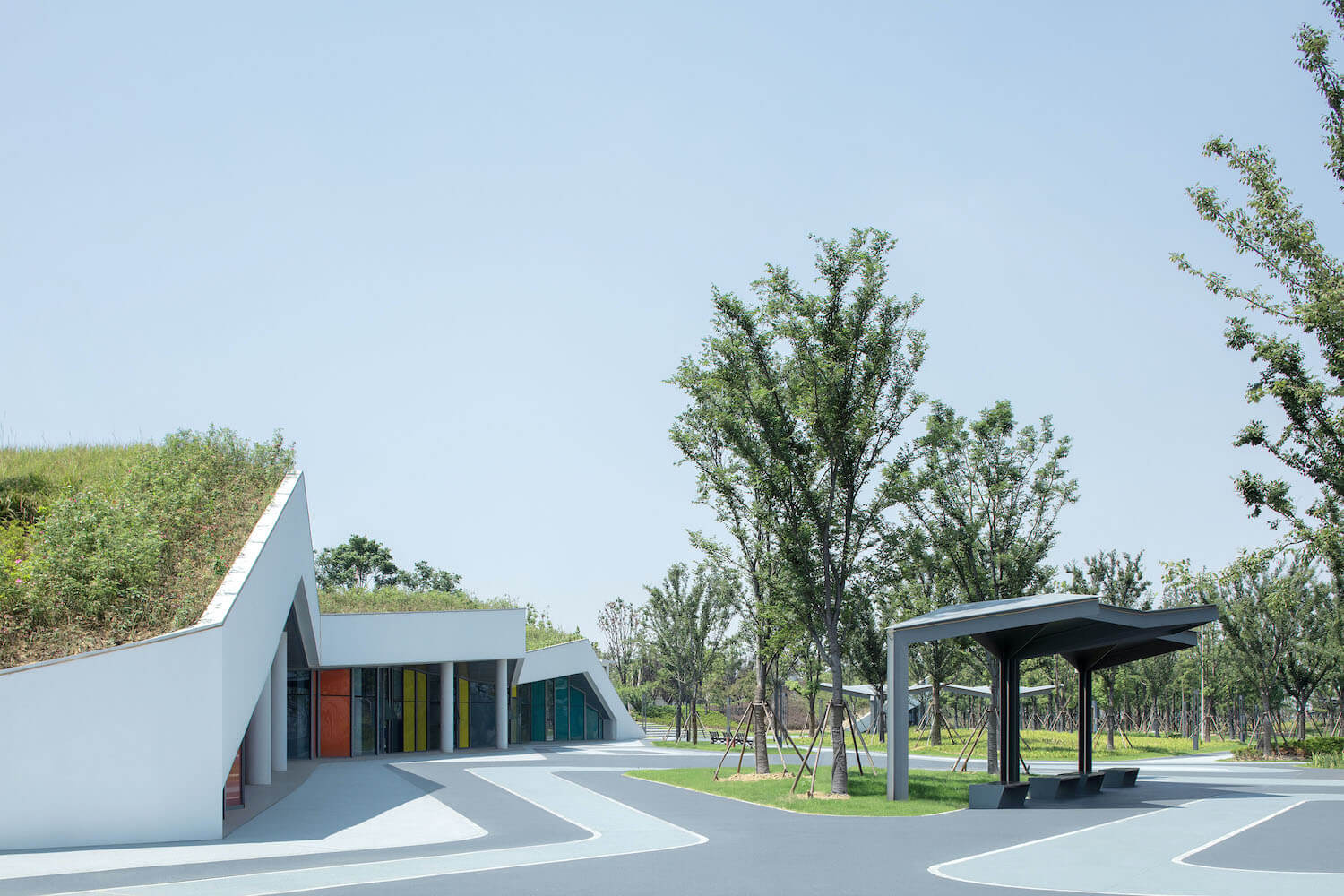 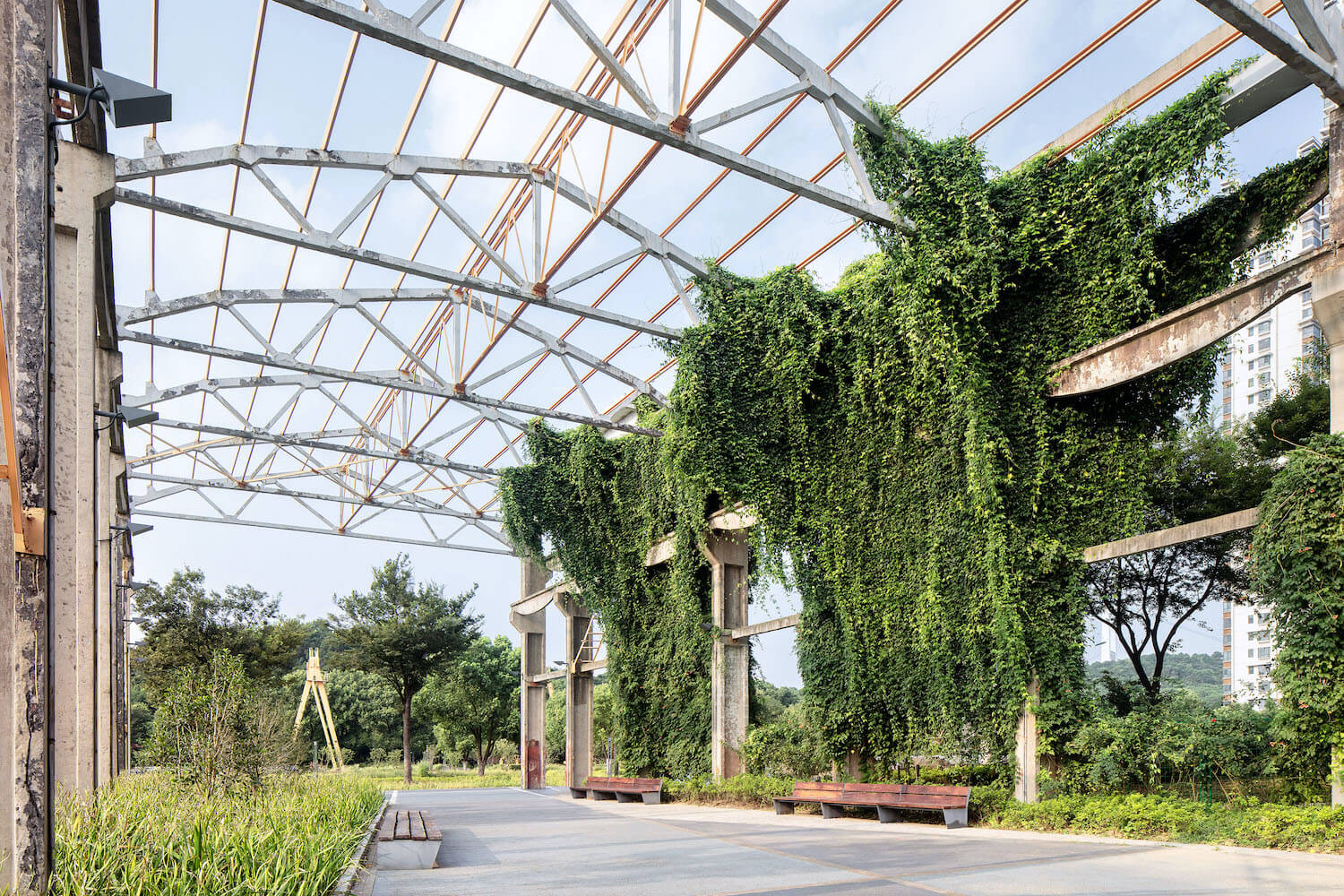 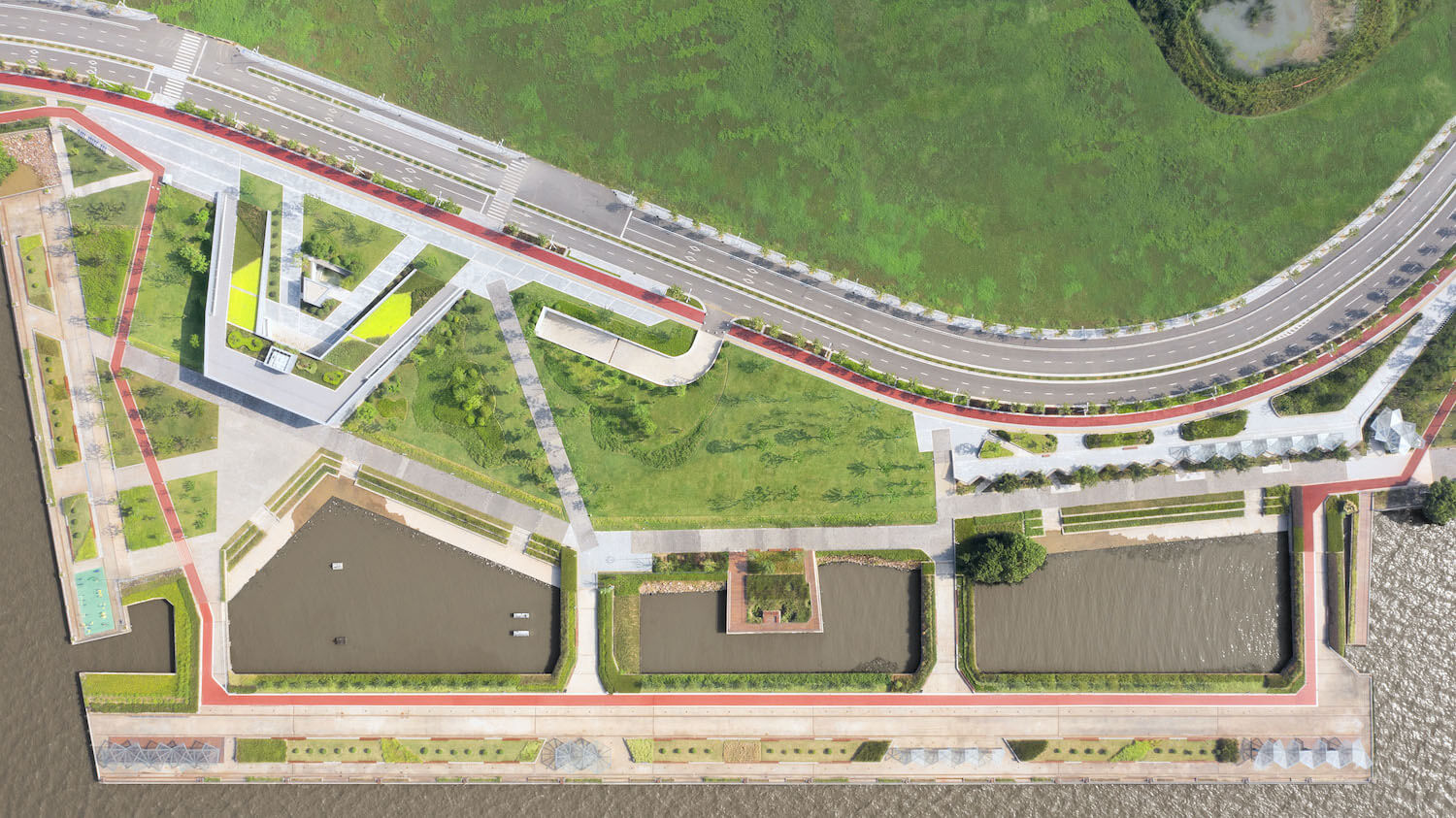 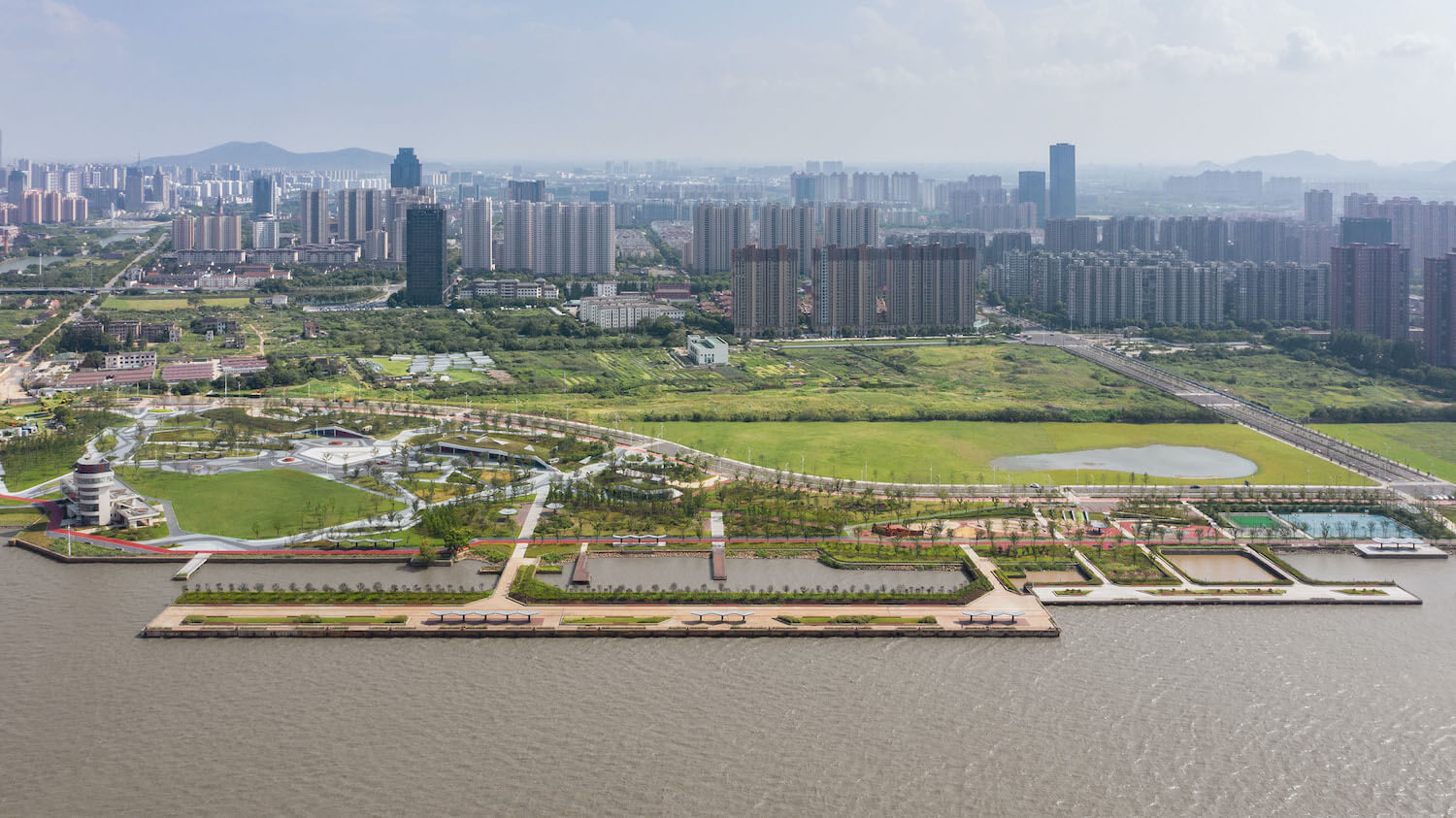 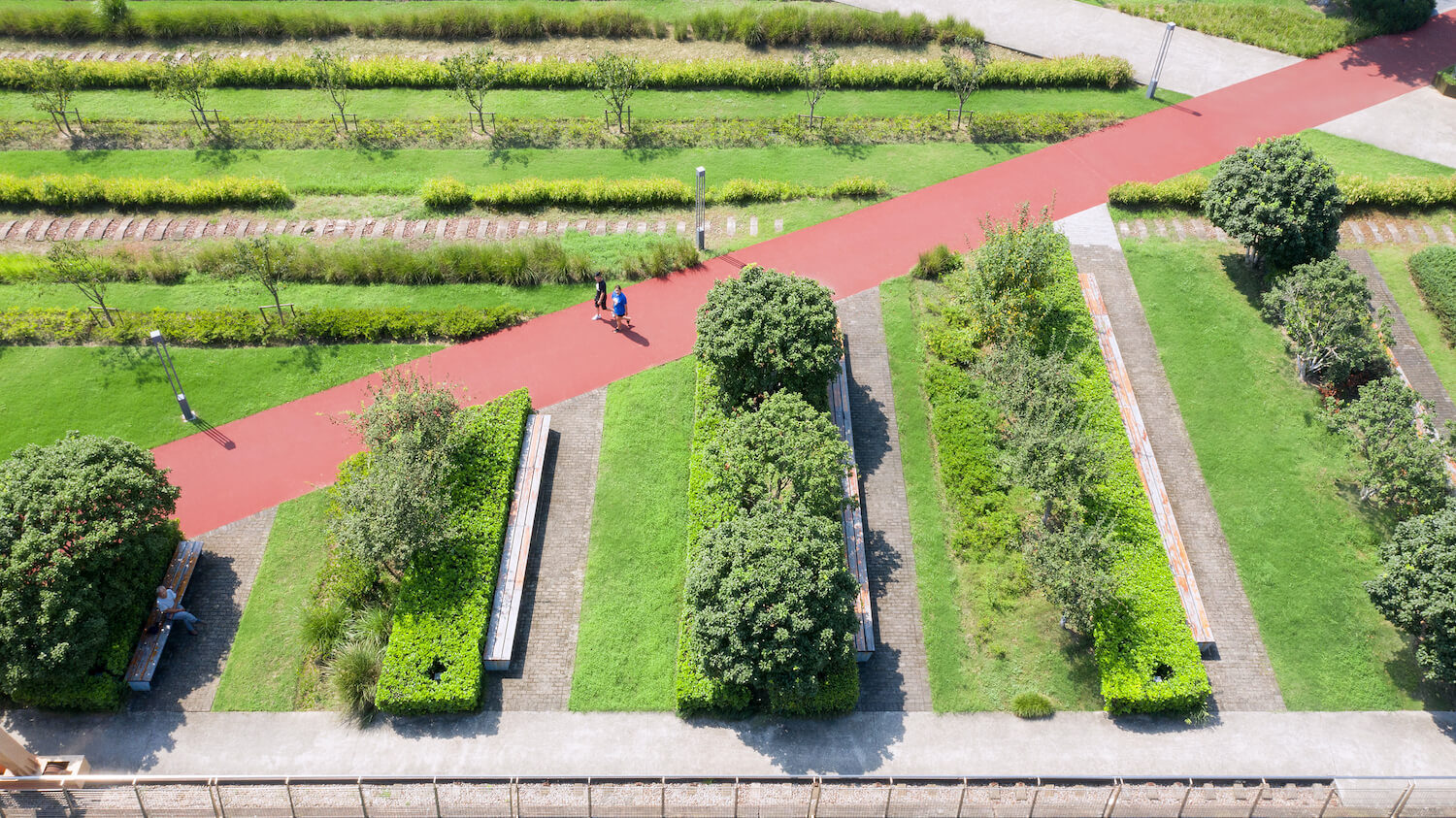 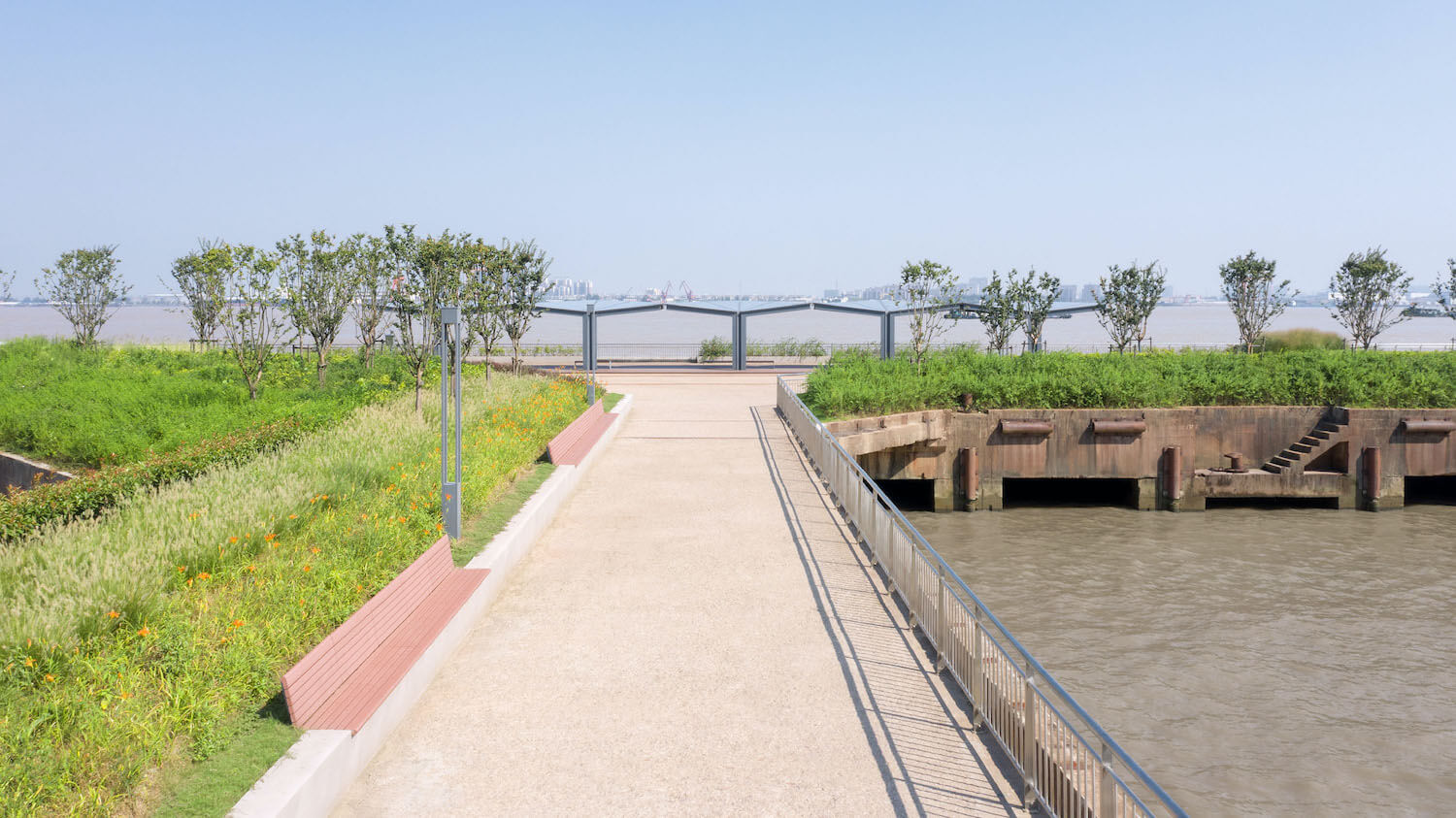 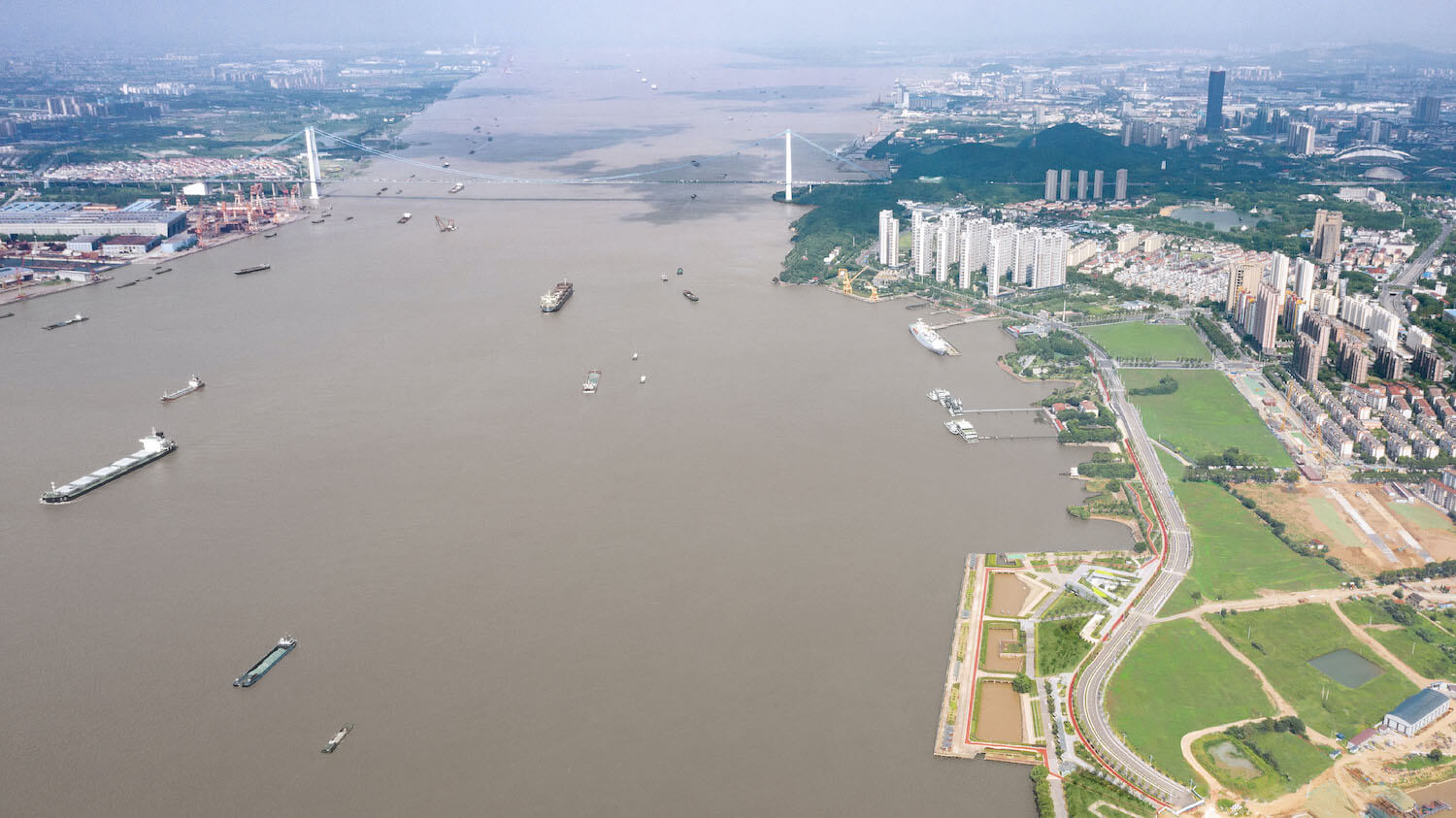 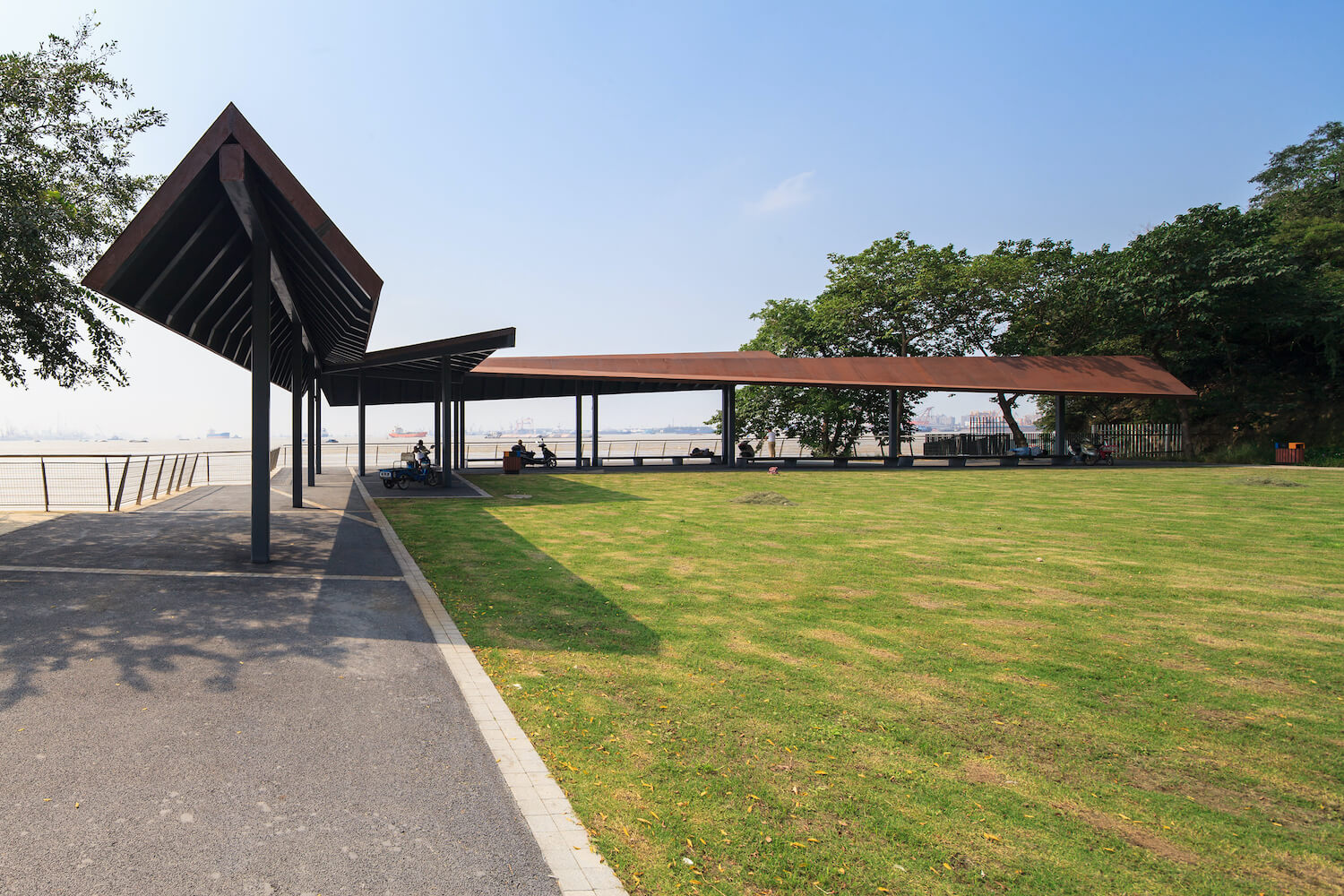 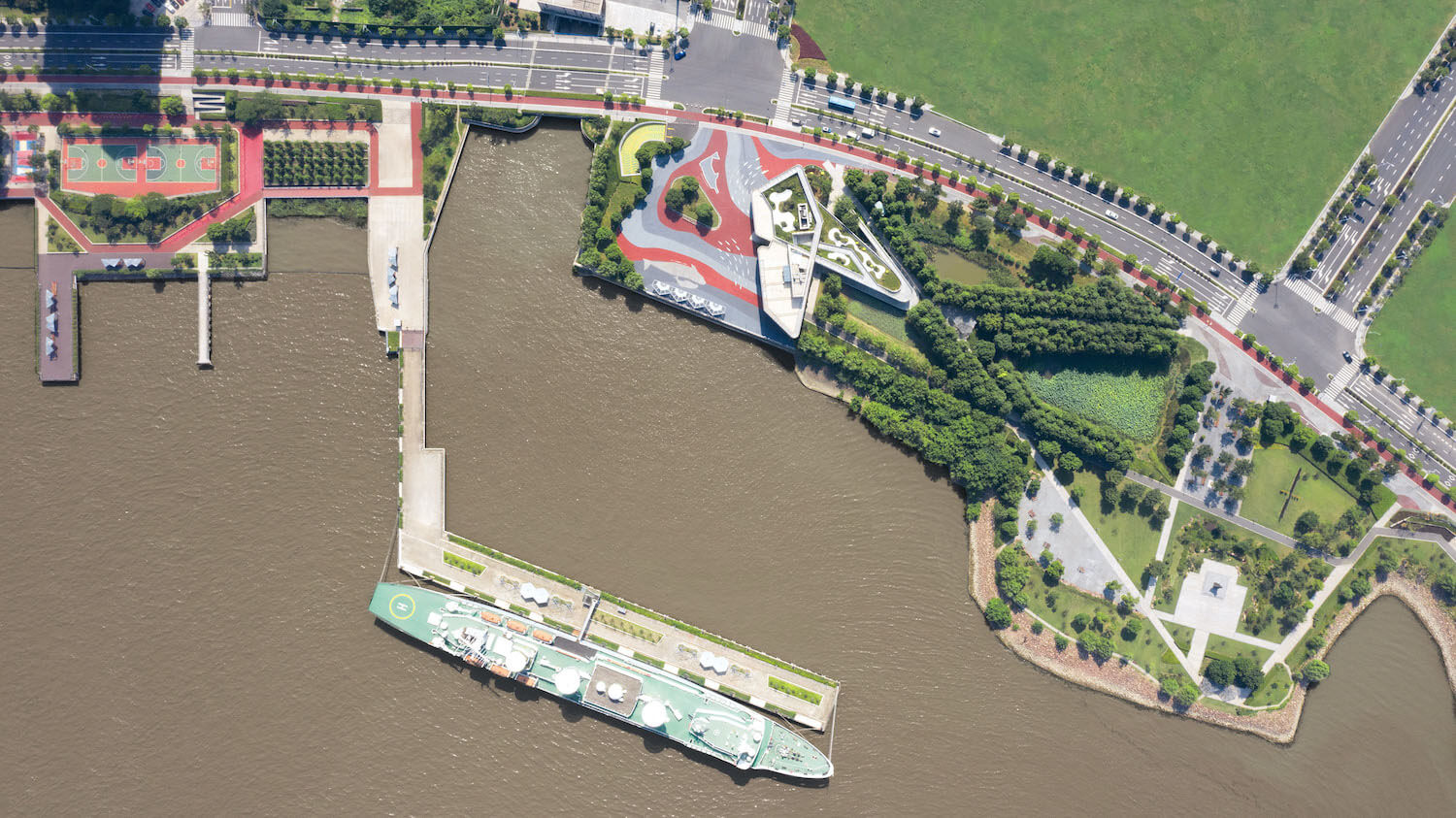 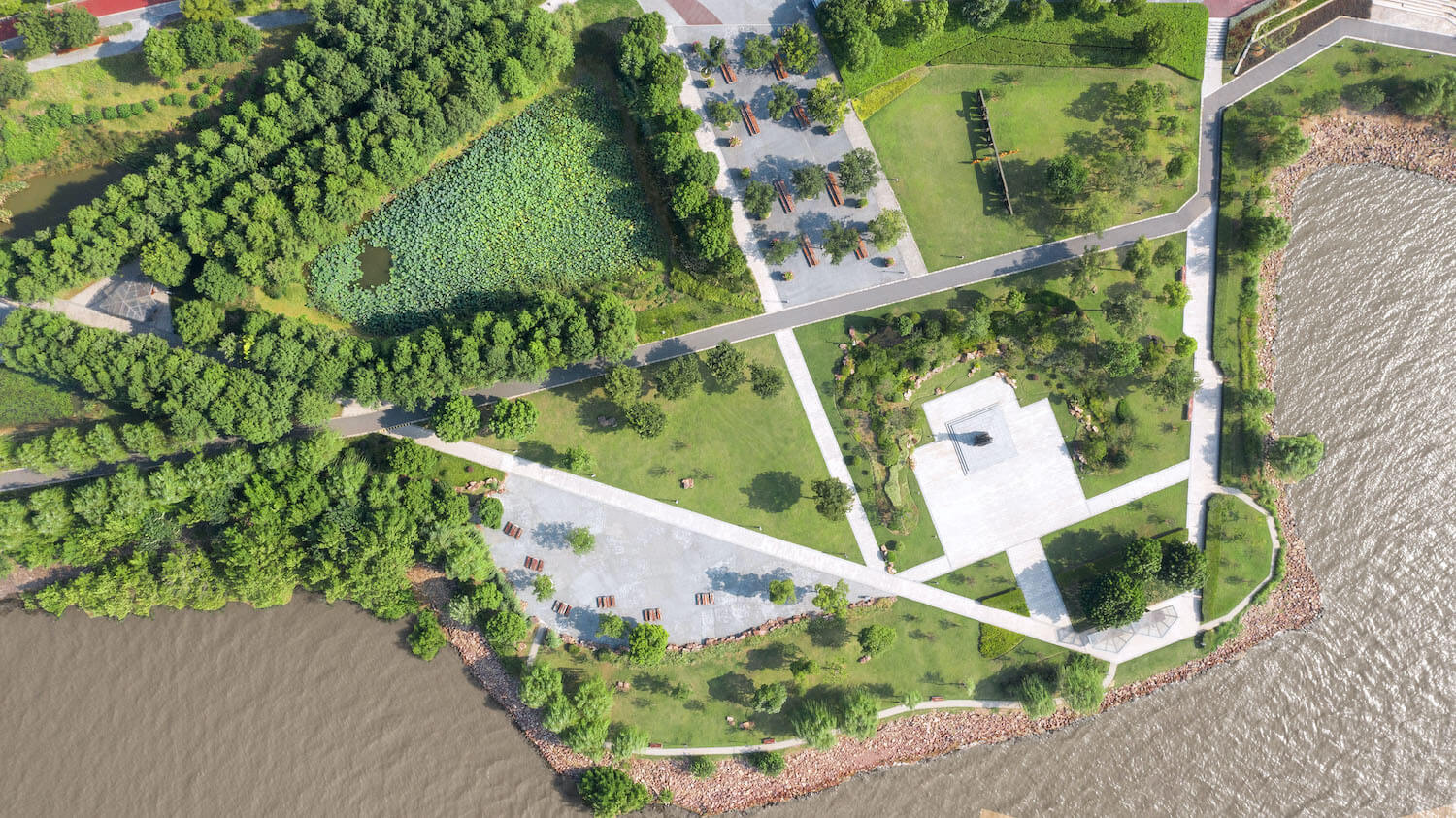 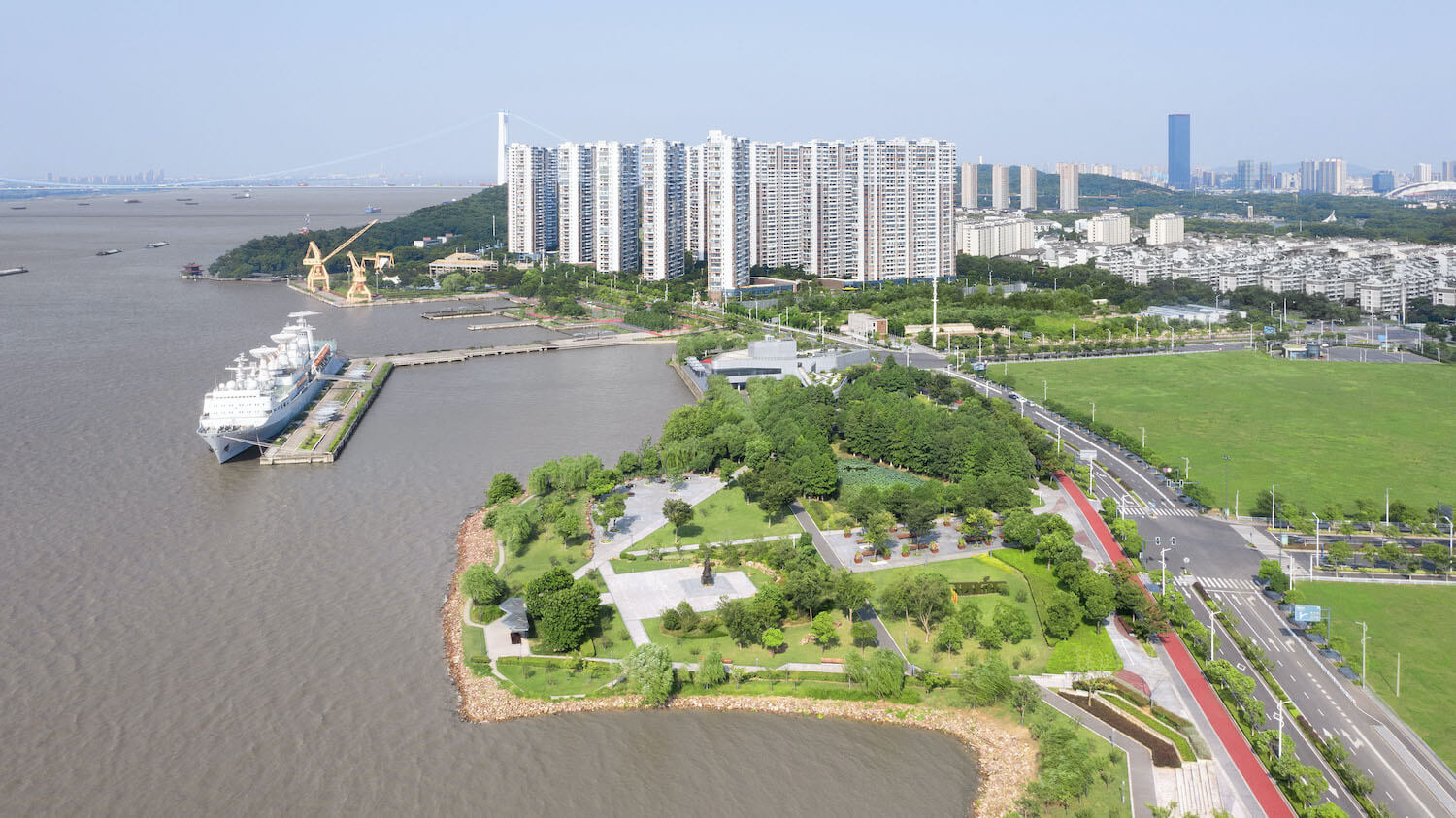 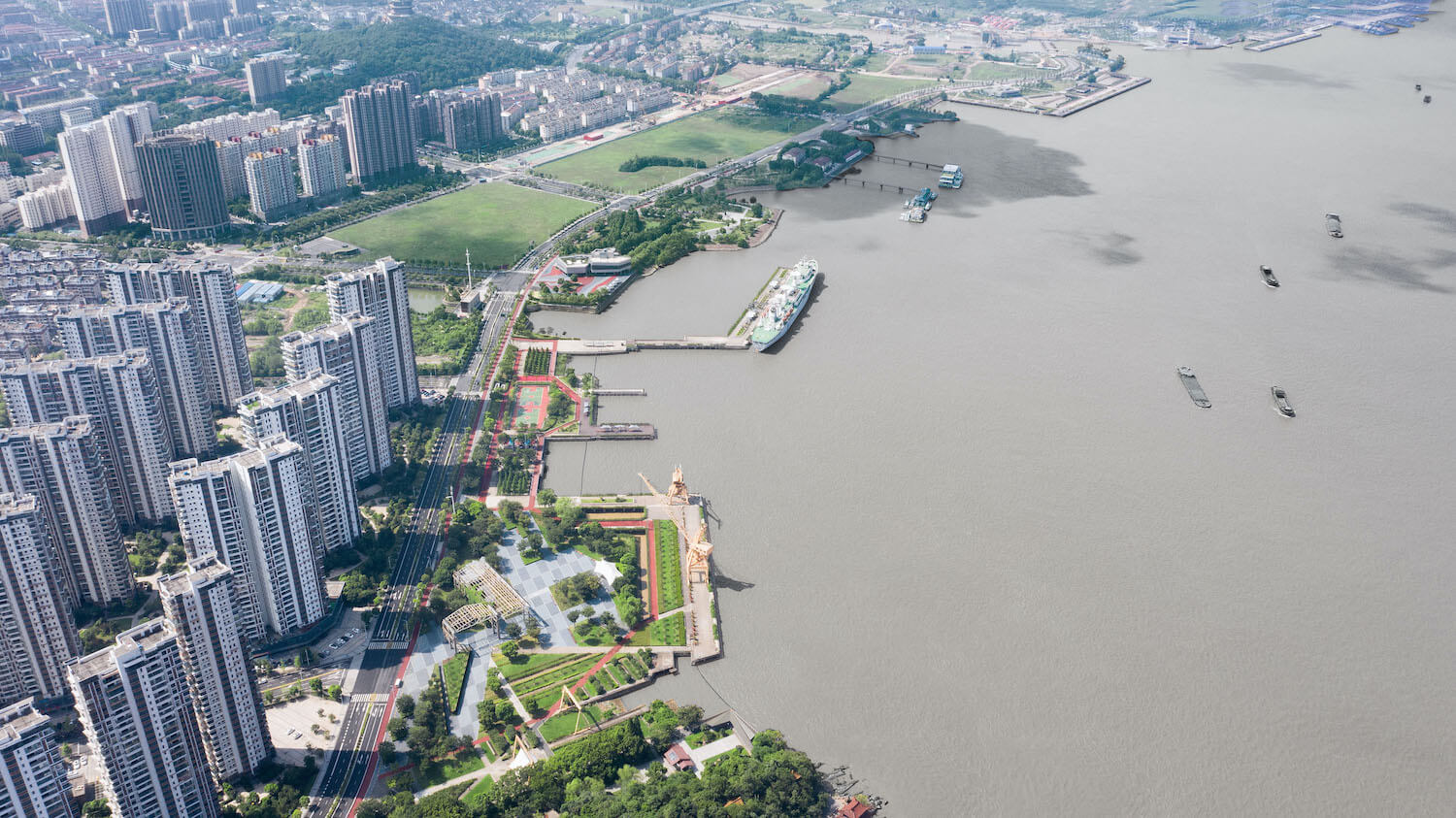 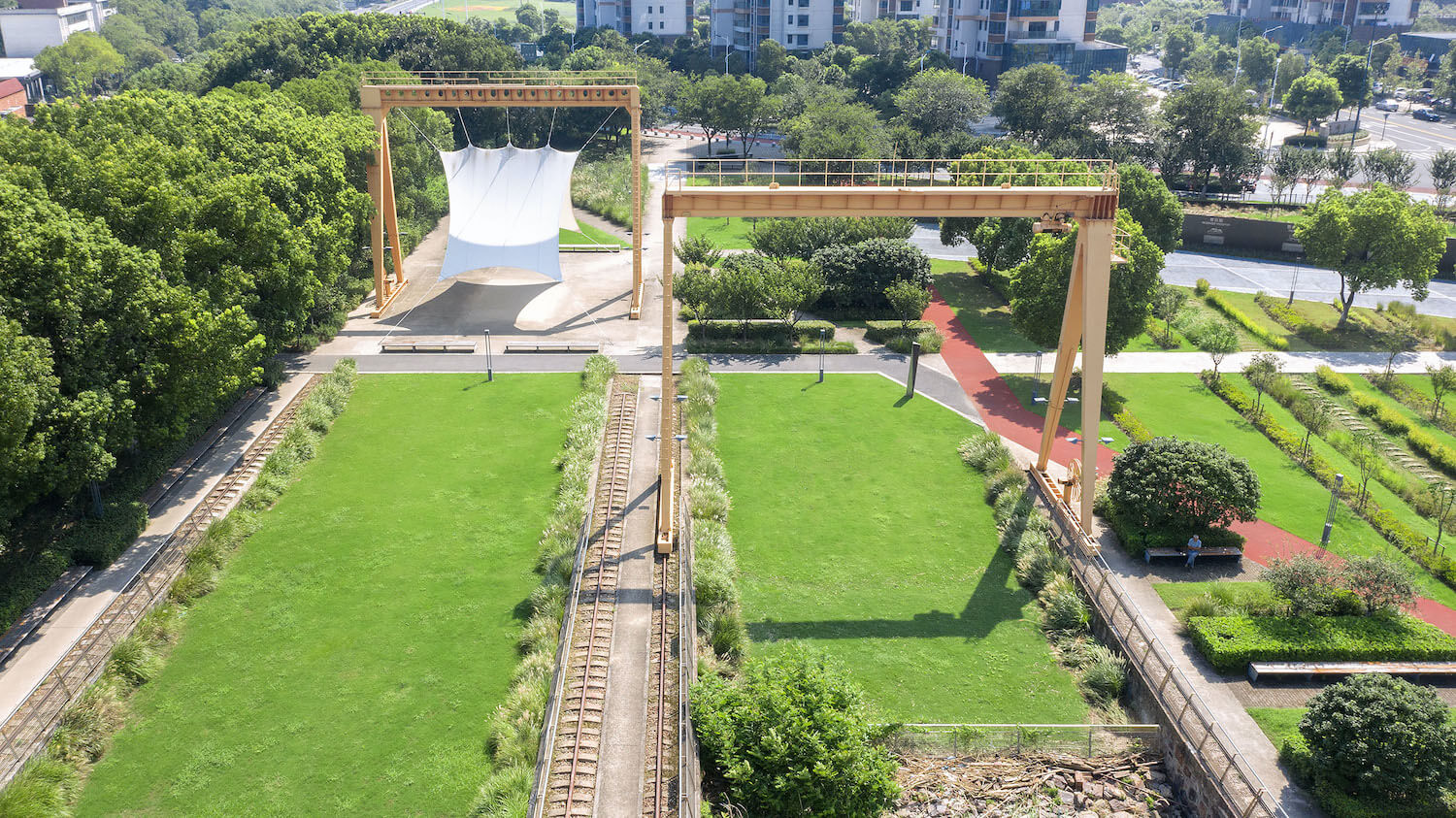 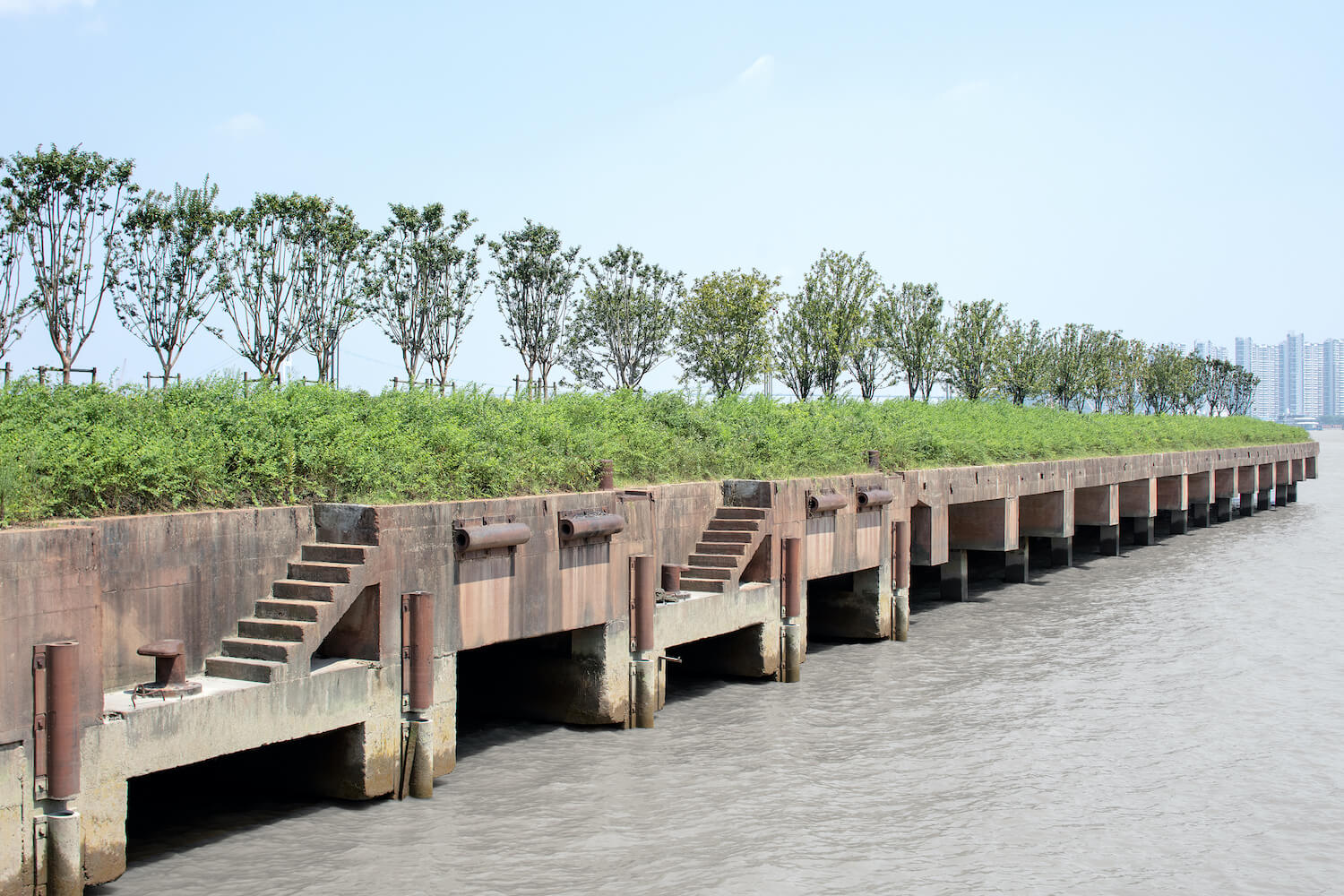 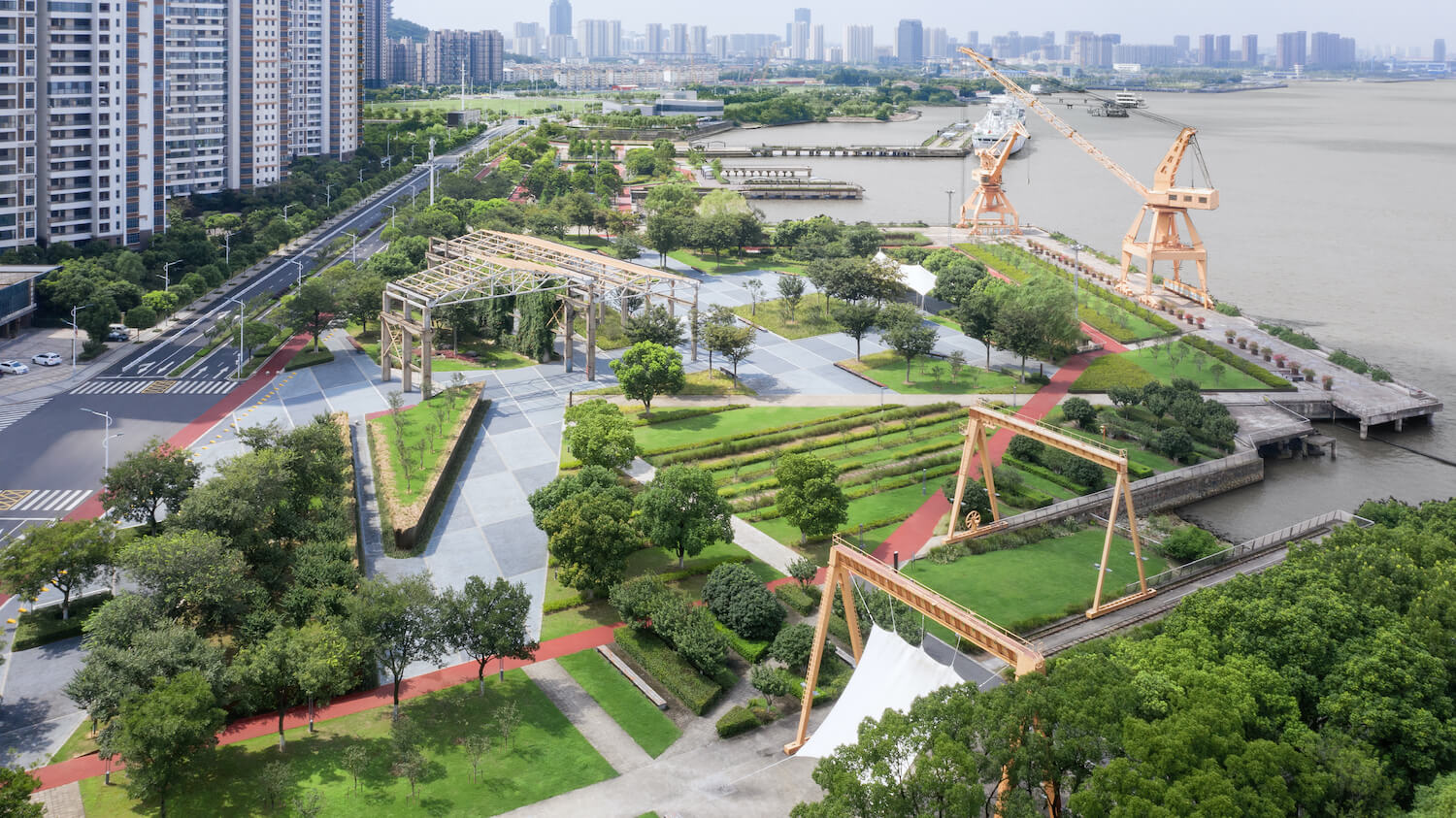 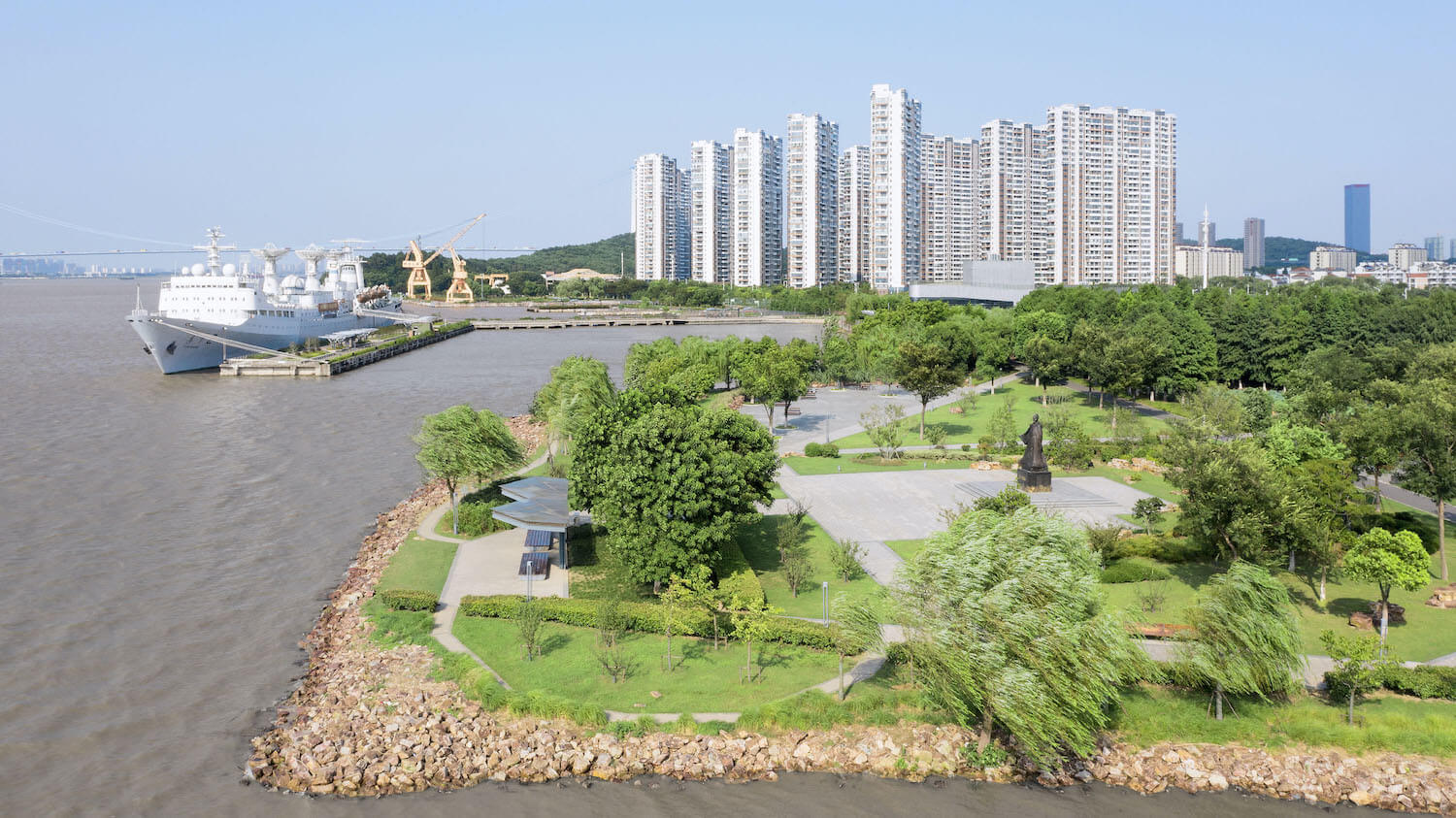 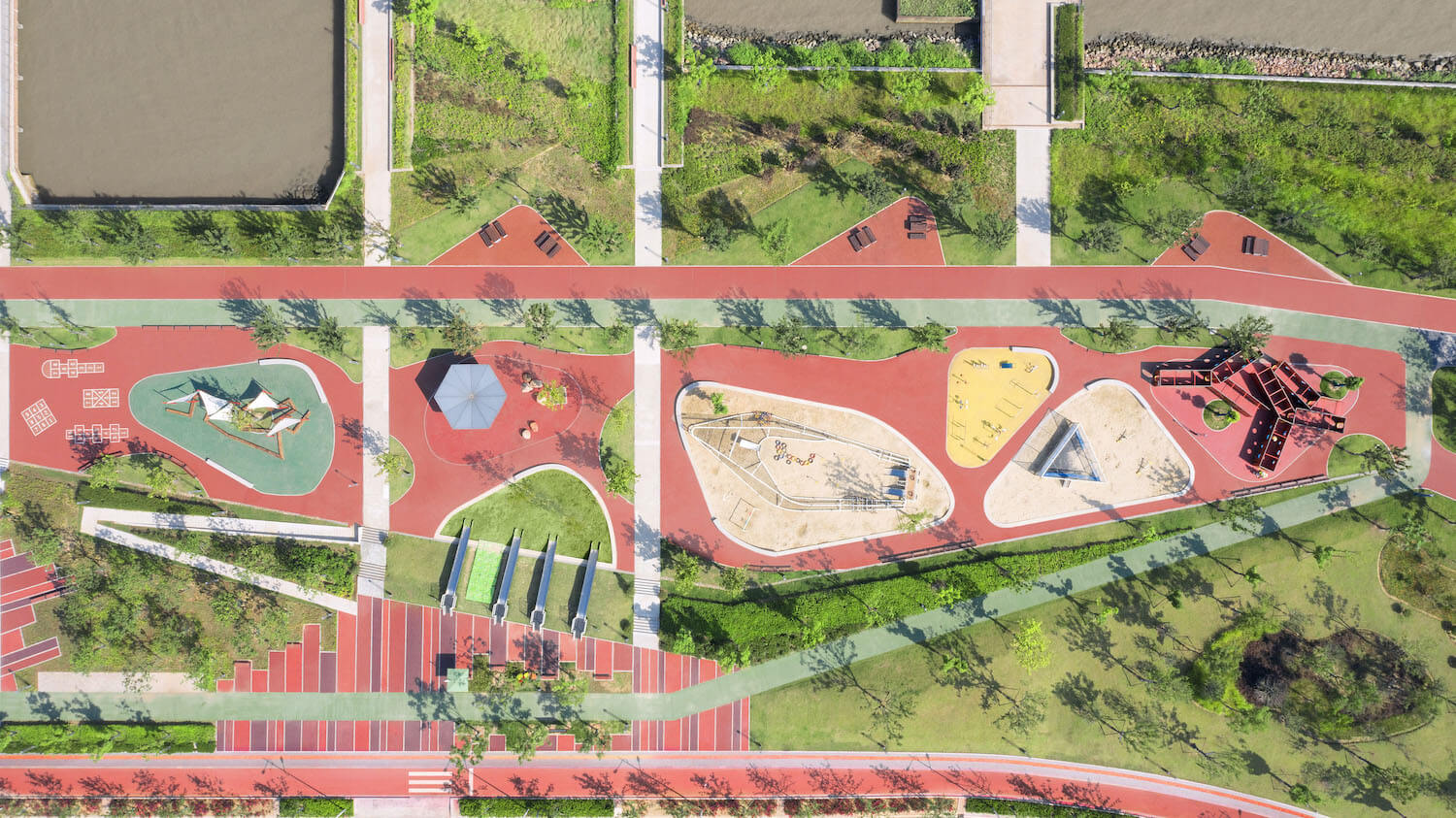 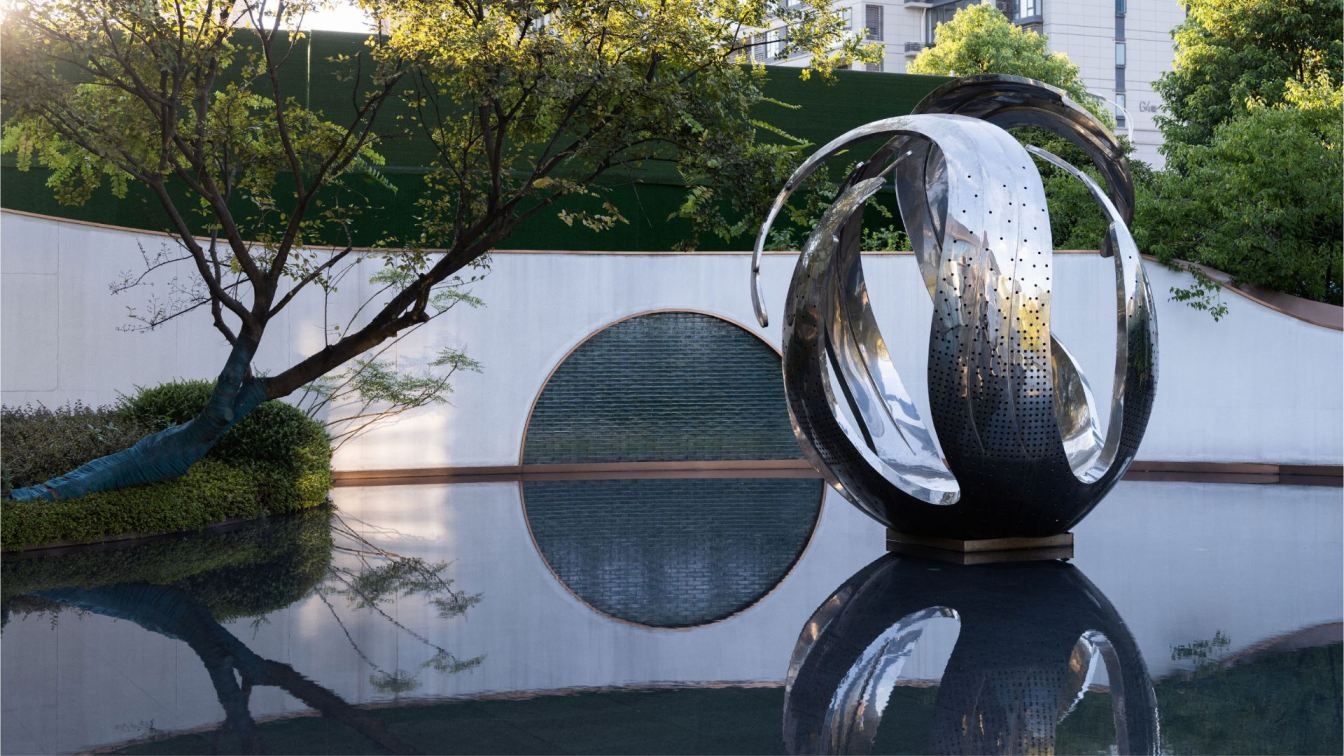 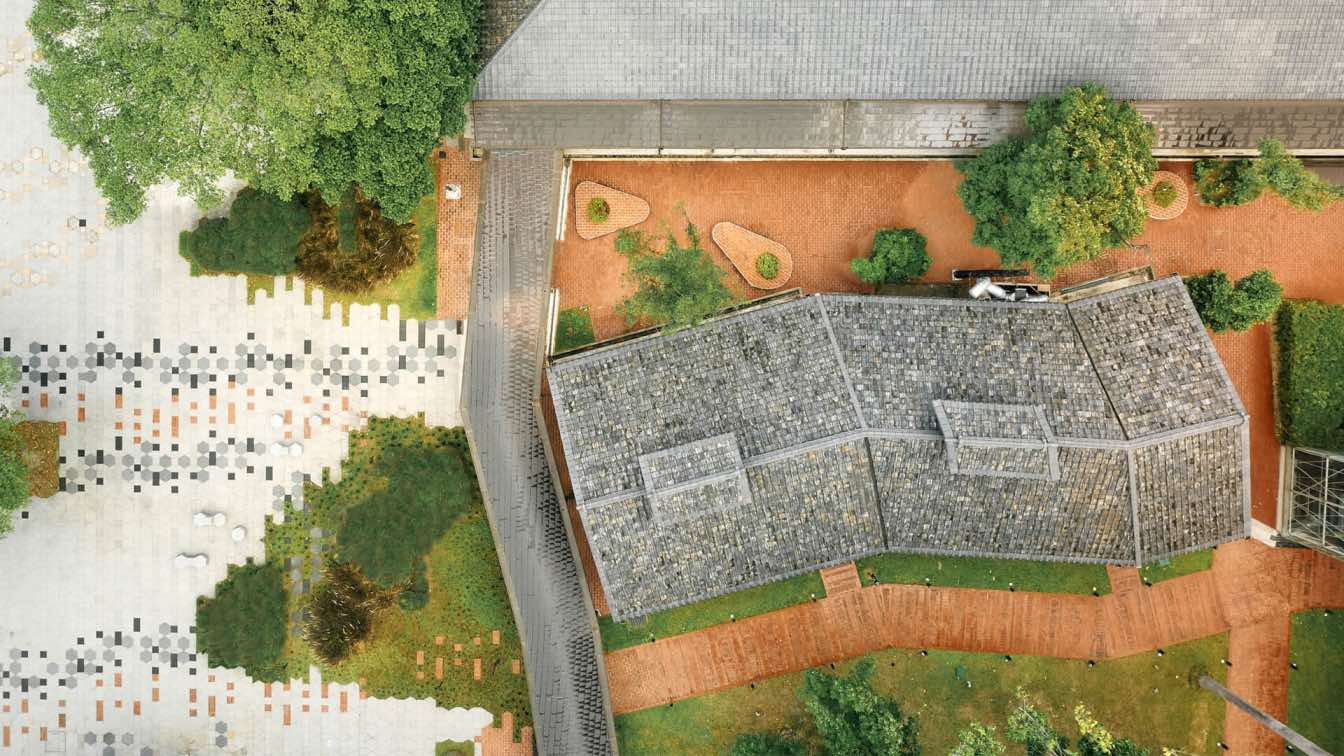 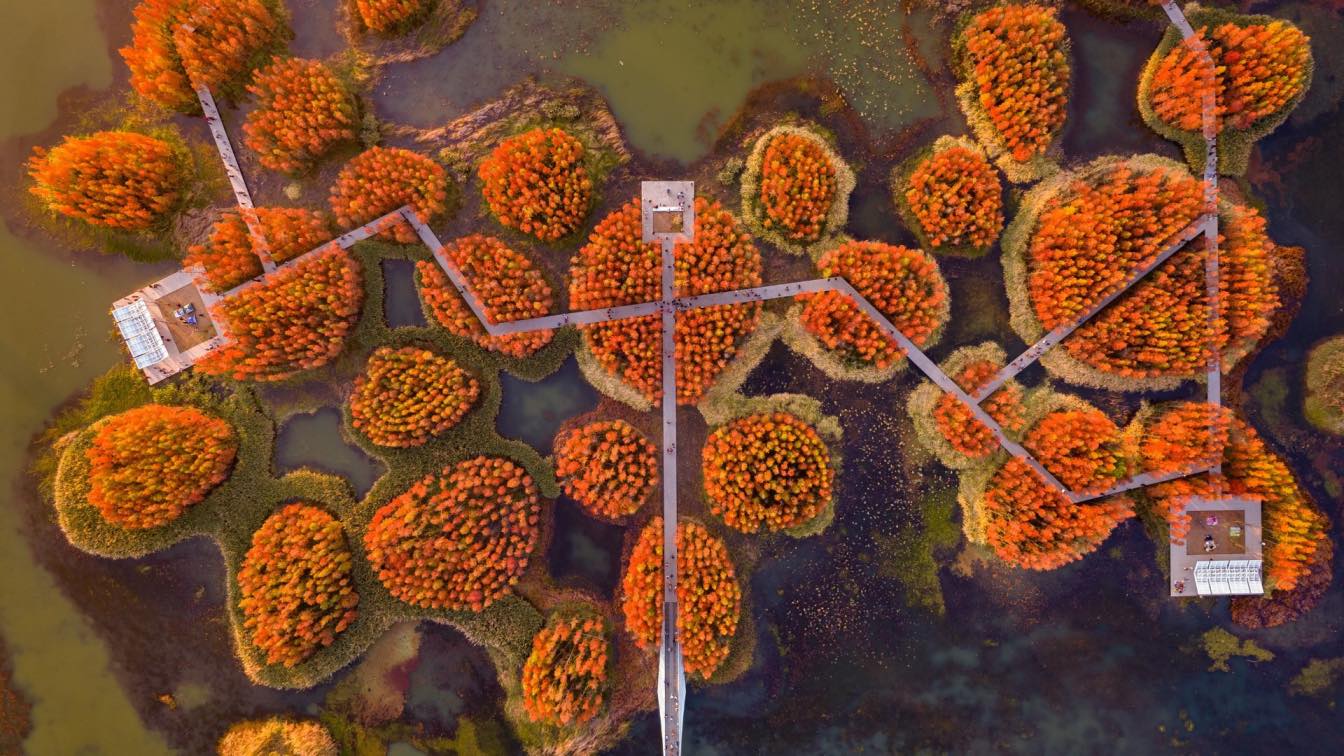 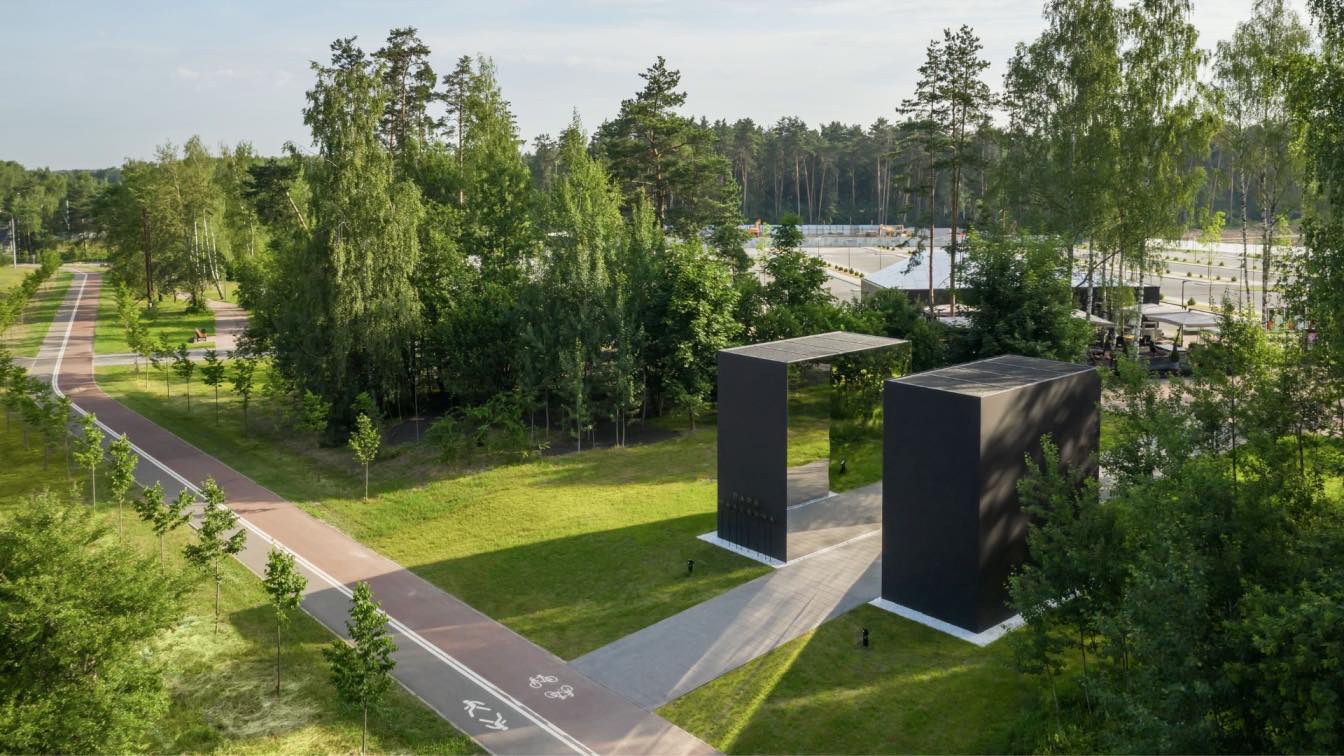