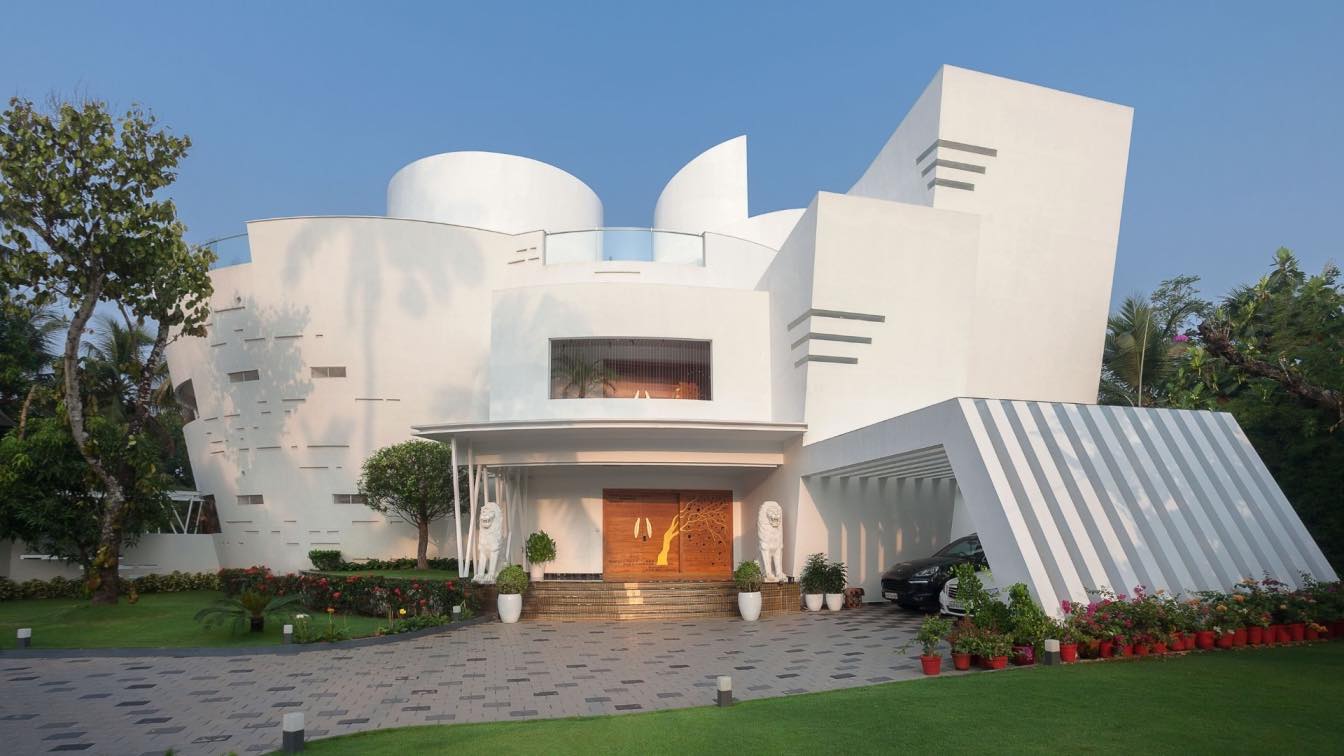 S Squared Architects: The Forte House is a 12,075 sqft residence located on a 3 acre land that is set in the midst of a sub urban context on the outskirts of Cochin, Kerala. The architects received a very rare brief from the clients. The house, apart from fulfilling its basic functions as a shelter for a family of four and their parents, had to be a compelling work of art that would give a sense of fascination, wonder and excitement. The architect’s fascination with the curve took the curve to the role of the protagonist here. The curve coexists with both straight and inclined lines to create spaces defined by sculpted planes and volumes.

A fusion of various volumes of mass put together to form a sculptural whole in a way that is both bold and intriguing. Contrary to the principle of “Form follows function”, followed by modernist architects like Corbusier, the function was strategically injected into the form. This was not done in a blind frenzy but rather by keeping in mind passive design strategies in space planning to reduce energy consumption. 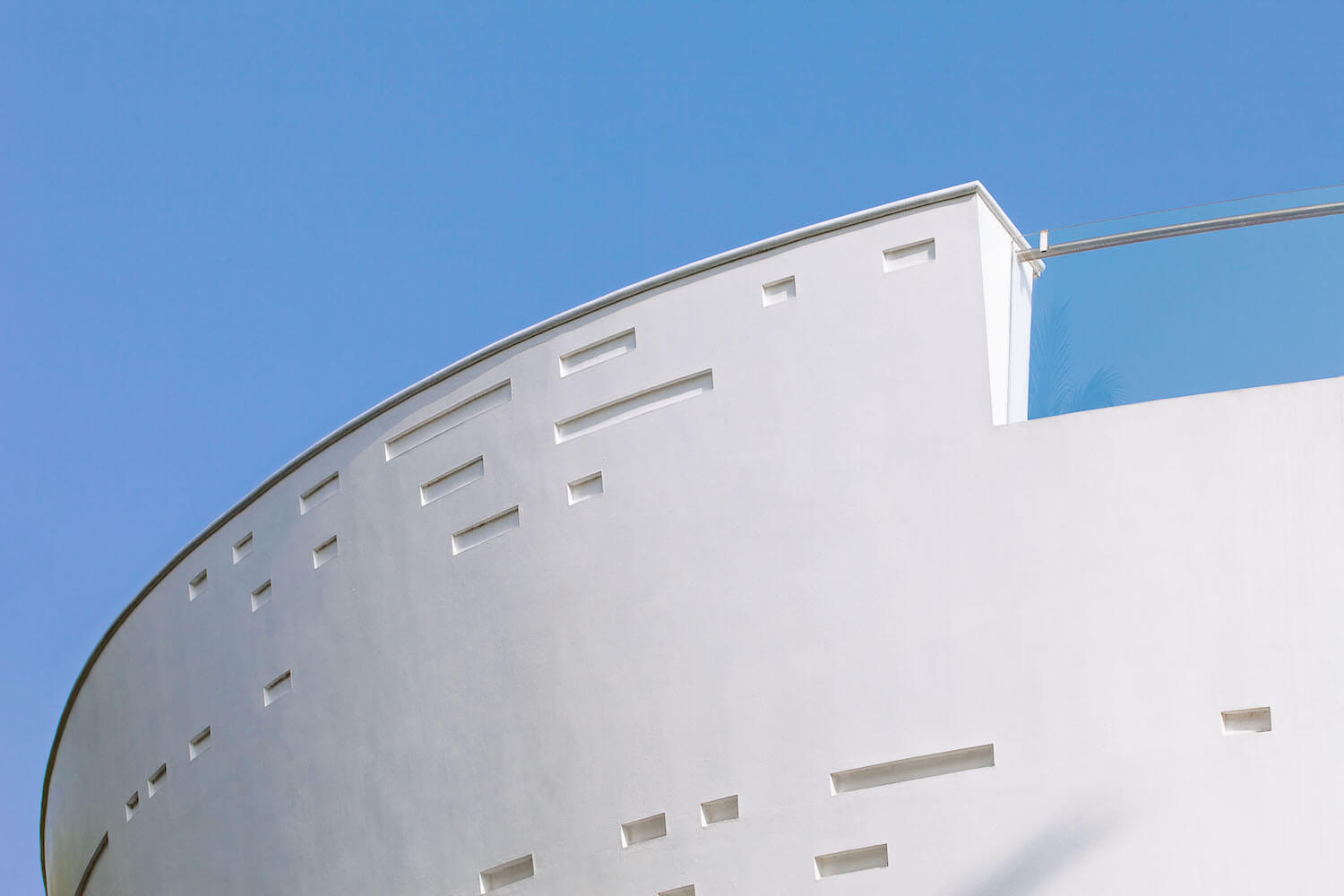 Deep set balconies that seem to be carved out of the inverted frustum provide natural light and the evening breeze to the bedrooms that are well protected from the harsh sun. The exterior skin is a layered double wall consisting of brick on the inside and ferro cement on the outside with an air gap between. This gives it the required thermal mass and along with ventilation helps to passively keep the interiors cool. The thermal insulation concrete layer laid above the structural concrete on the terrace floor has proved to be a huge cost saving factor by reducing the thermal load on the first floor and hence reducing load on the HVAC system.

The perforated courtyard on the South West acts as a wind catcher to funnel the moist cool summer breeze from the vast open paddy fields to the internal rooms. The central covered skylight ensures stack effect naturally through holes provided at the terrace parapet level. The curvilinear swirling forms in the terrace acts as shading device to the circular skylight as well as the terrace roof slab thereby provide cooling to the entire house. 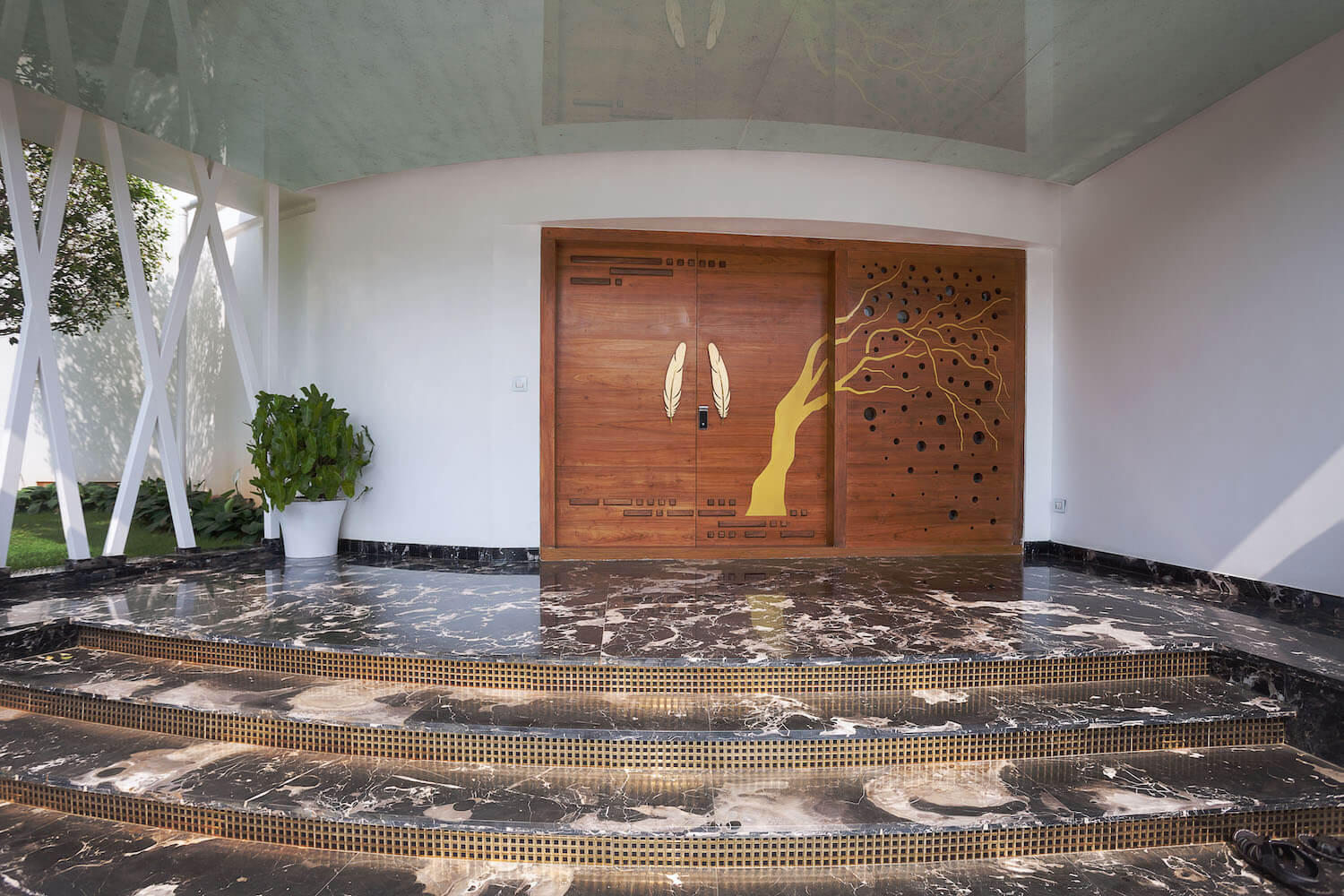 A swimming pool along with a wading pool for kids was incorporated in the terrace area. Privacy and shading is provided by the sculptural curved forms created in the terrace adding interest and a playful demeanor to the spaces in between. In addition to this, a roof top garden has been provided. A framed scenic view from the pool is provided to the vast open paddy fields located on the South West of the house. The parapet was designed to give a framed view of the beautiful evening sunset. This space has proved to be of immense mental relief and comfort as well as physical exercise during the lockdown days.  In addition to this a gym is also located on the terrace floor which encourages physical activity. The pool deck doubles as a party space with indirect wall washing lights at night on the curved sculptural forms.

Beyond its primary and essential function as providing shelter to its inhabitants, the Forte House makes a statement, a vision realized, a sculpture of delight and a symbol of adventure, progress and prosperity. 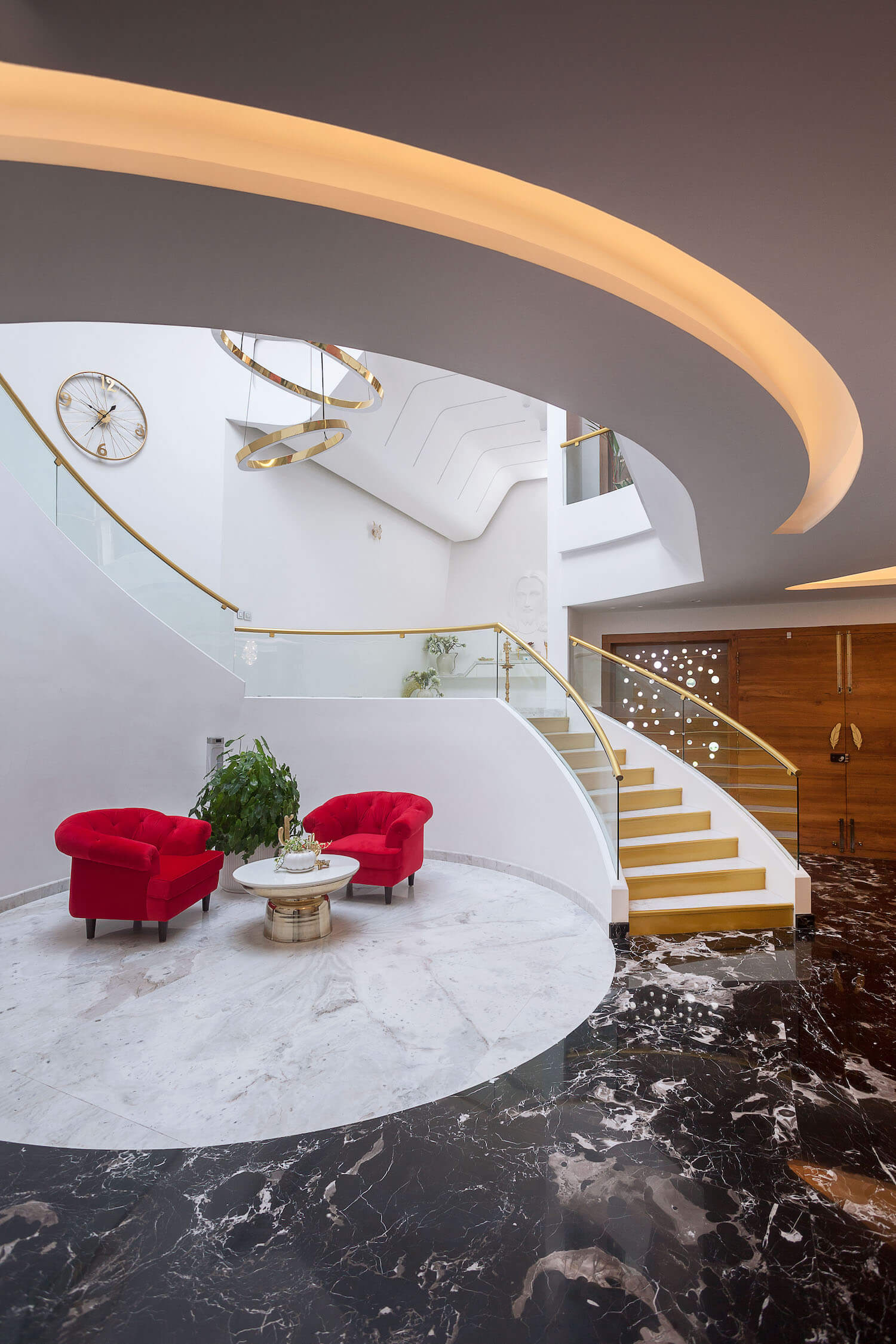 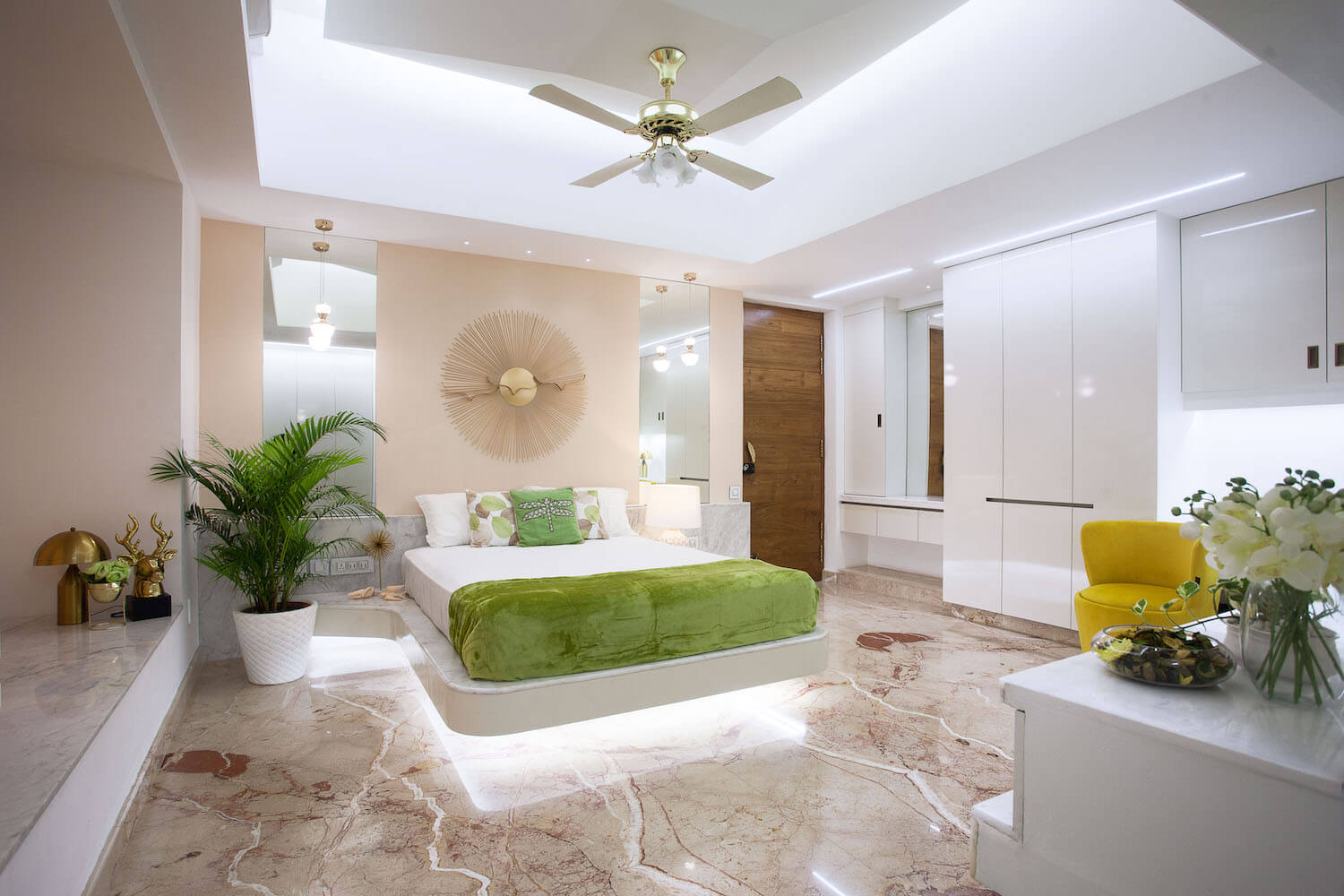 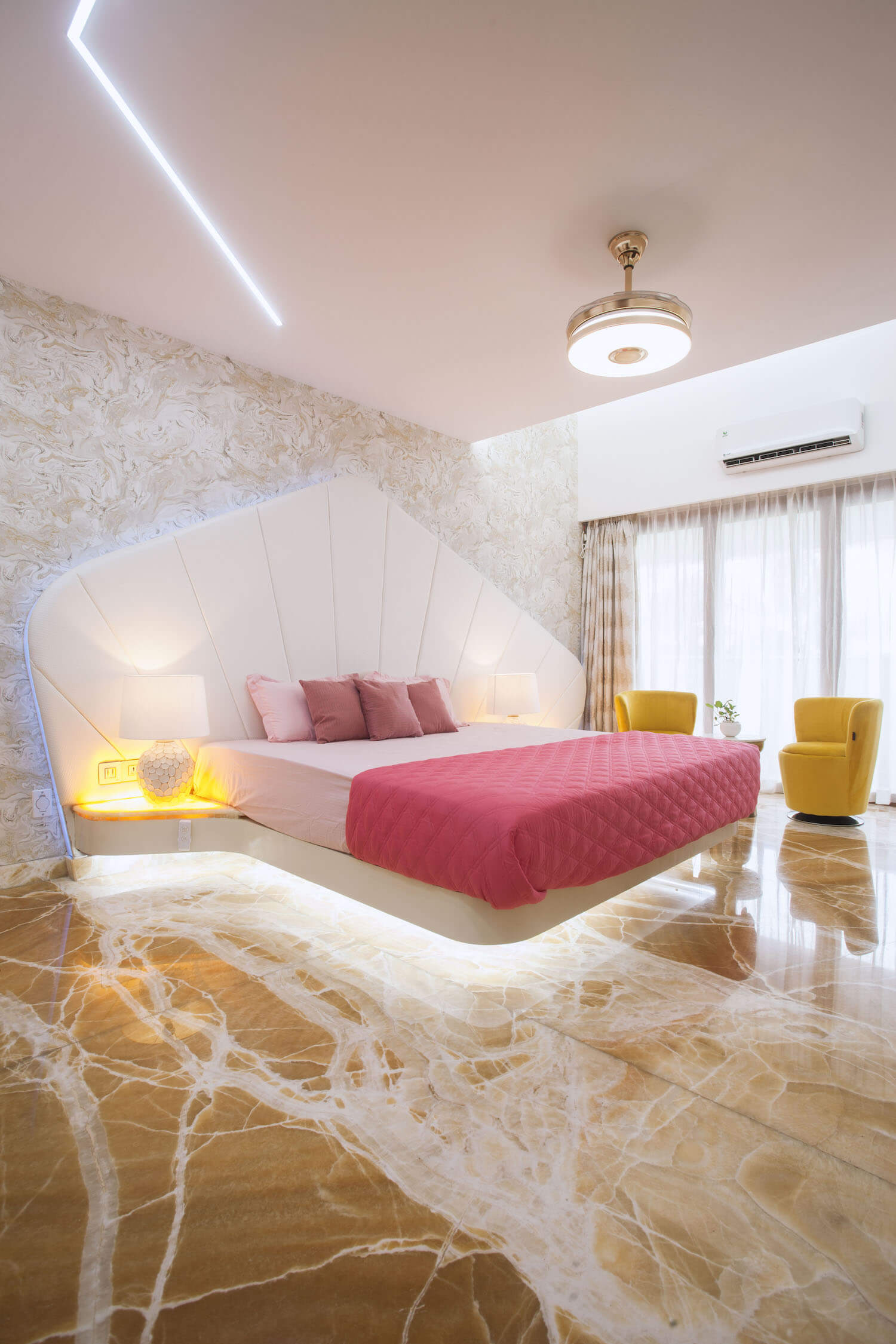 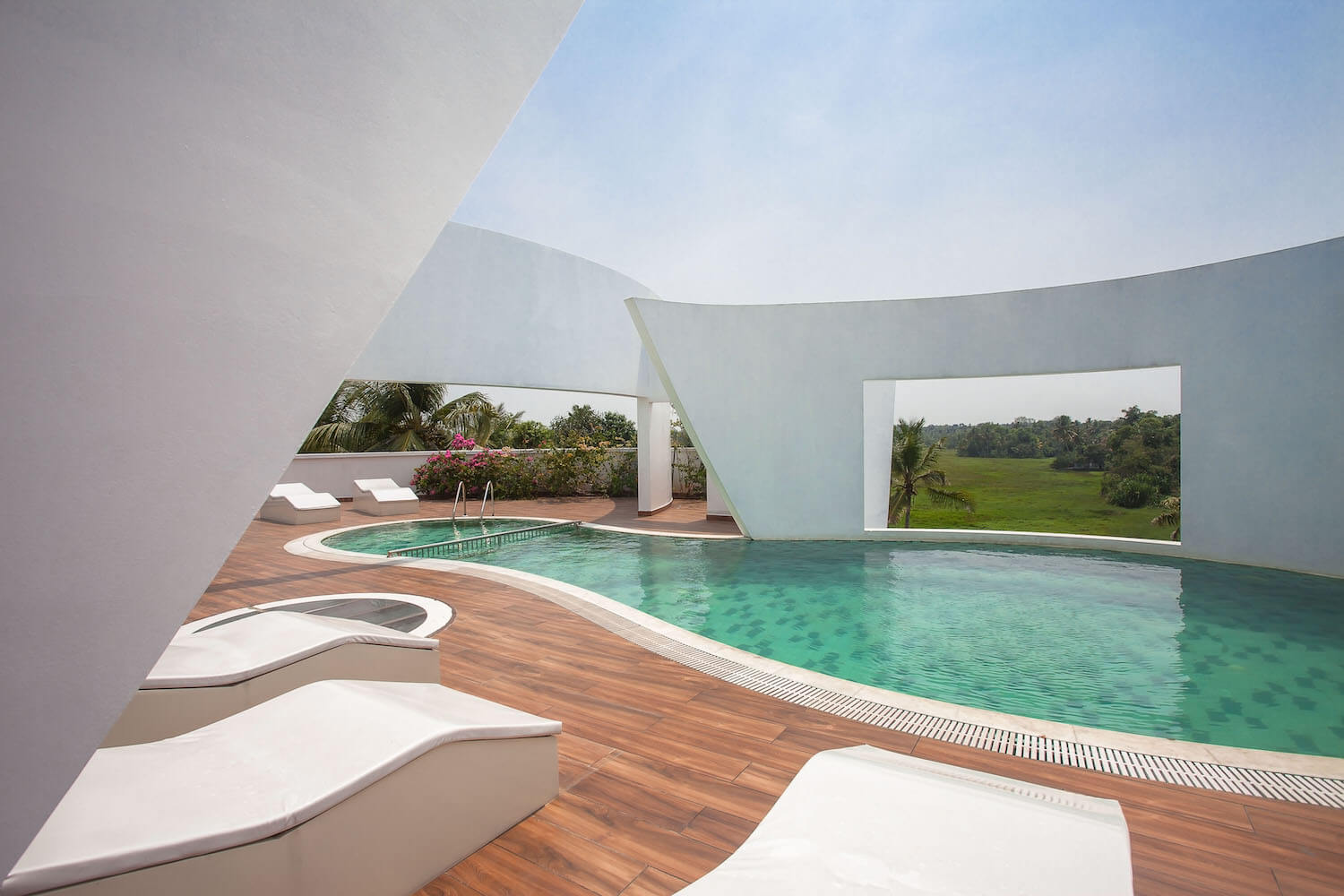 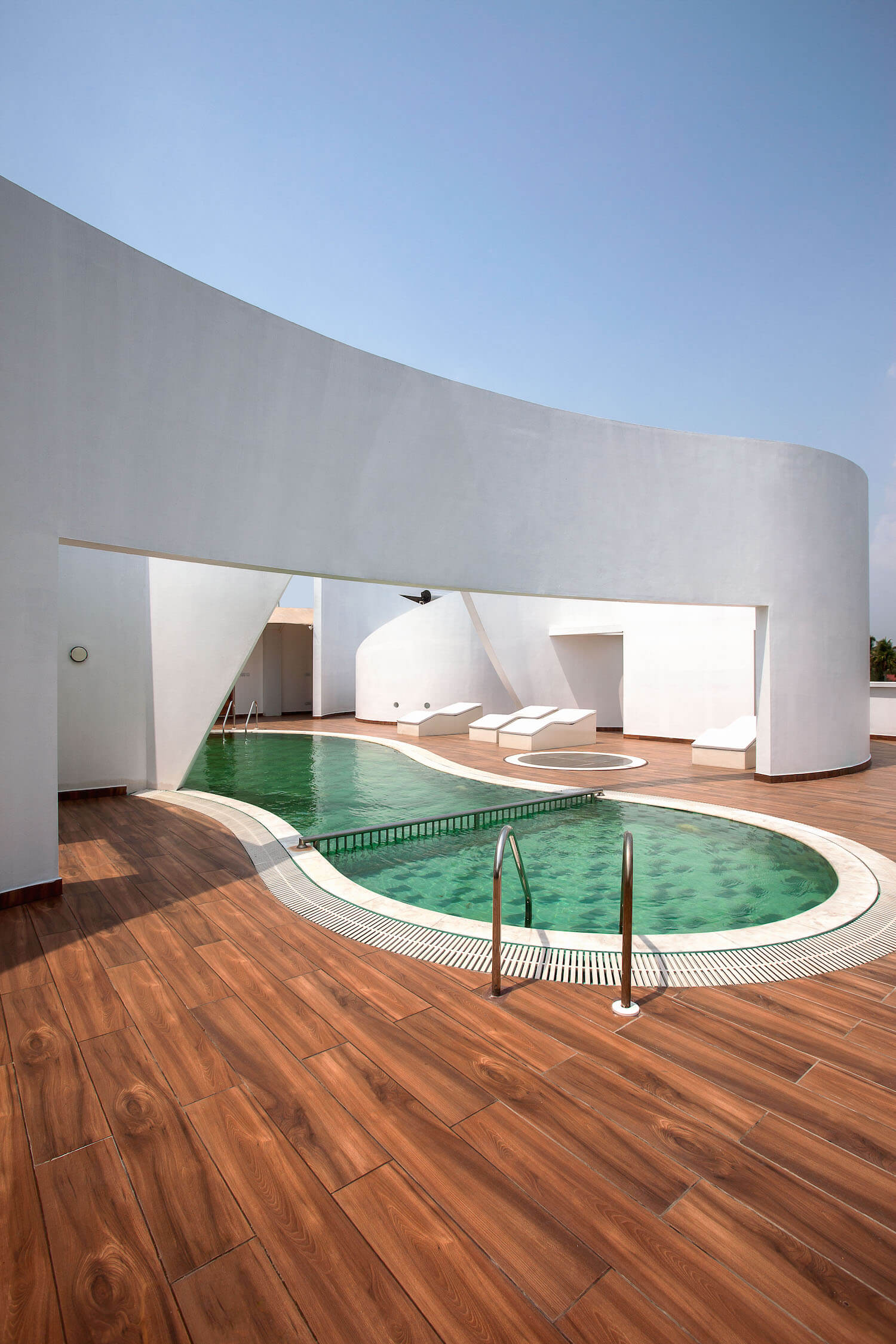 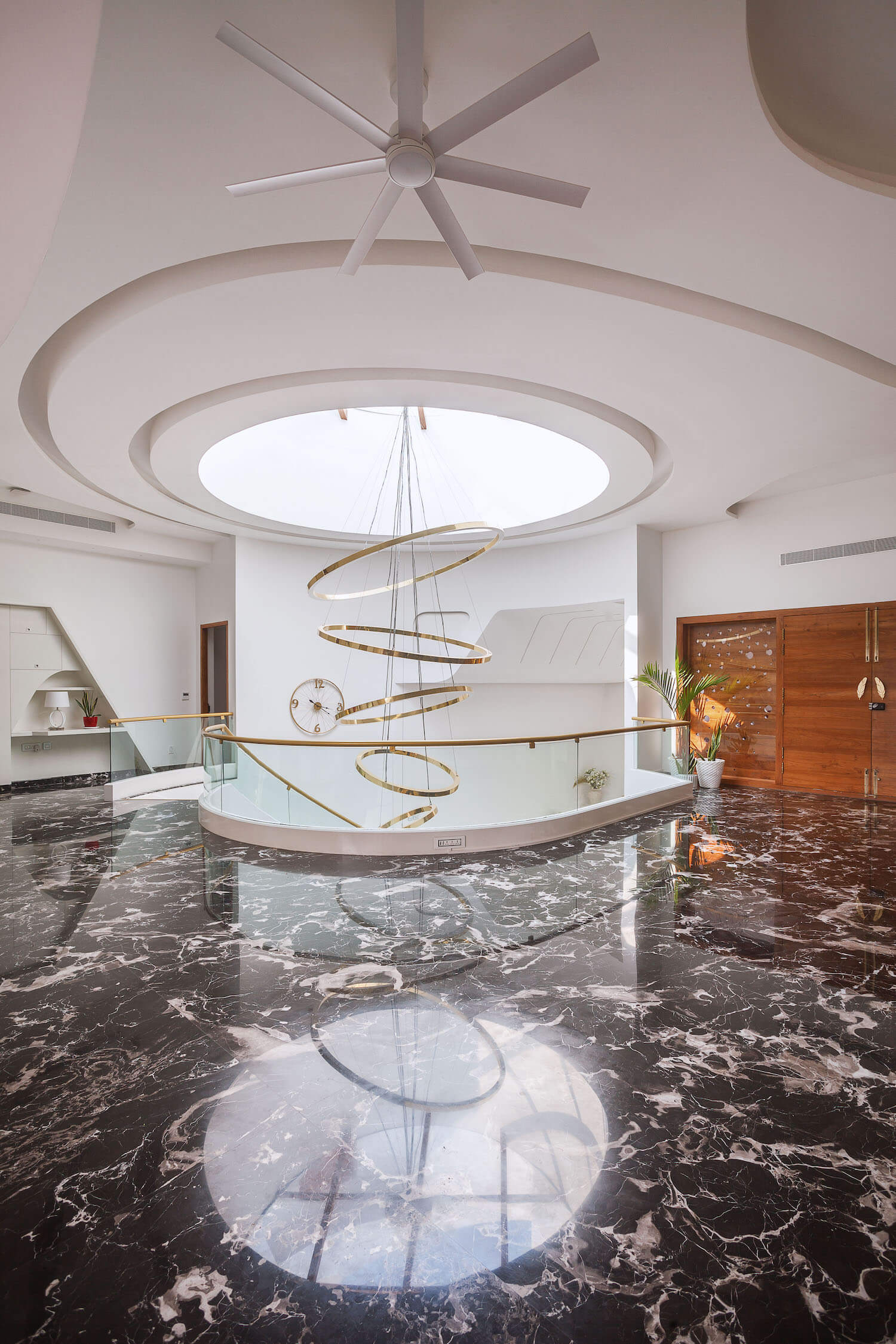 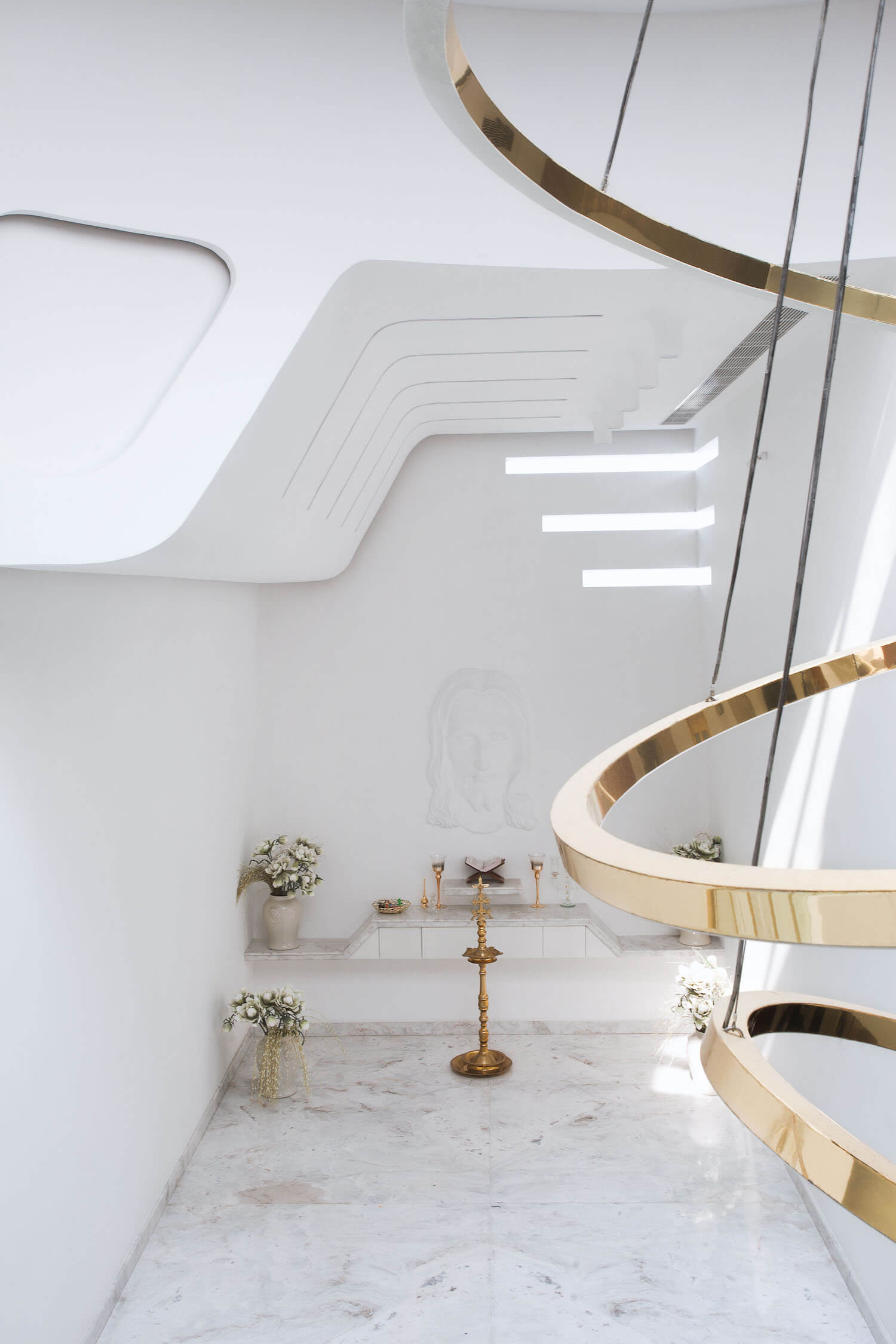 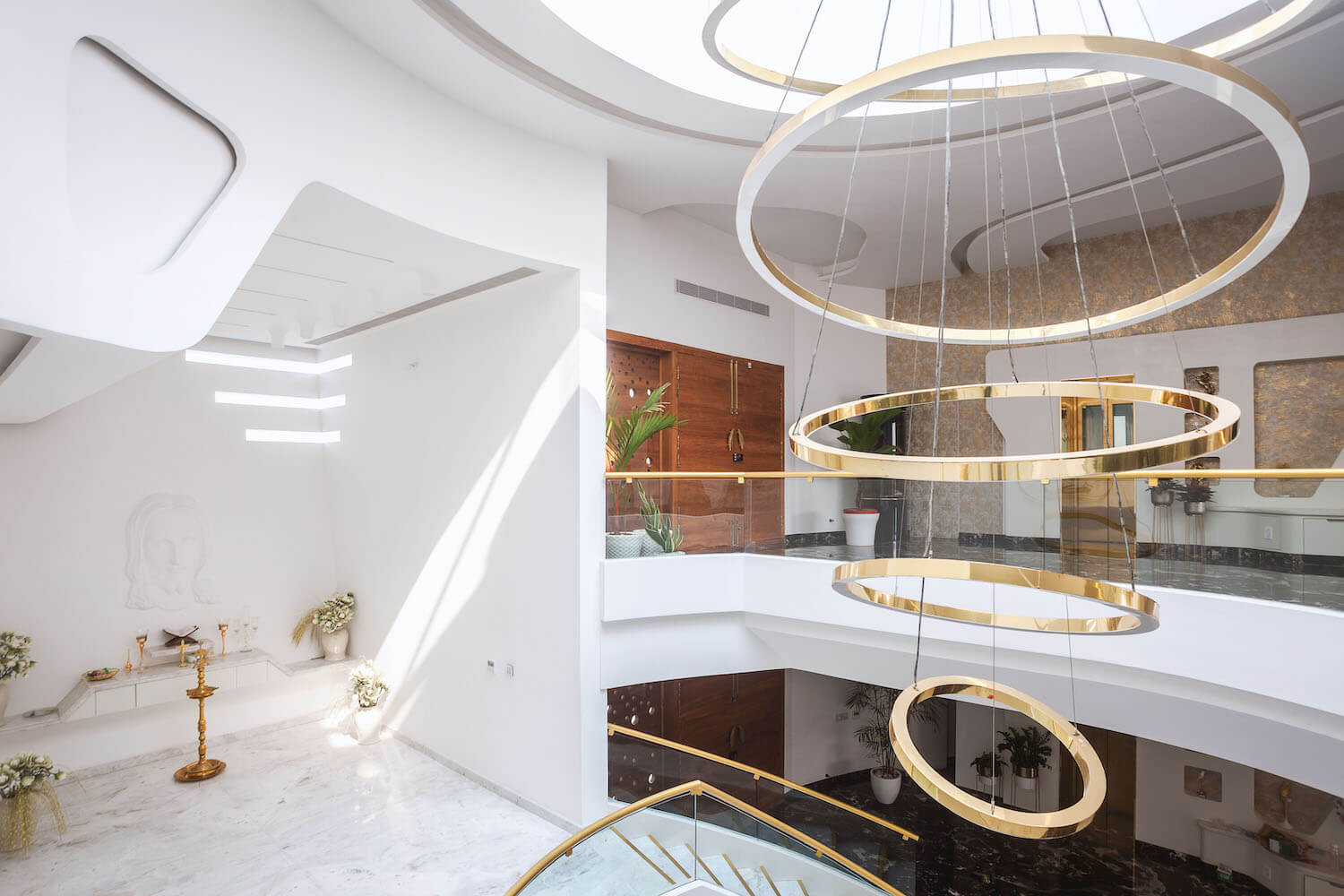 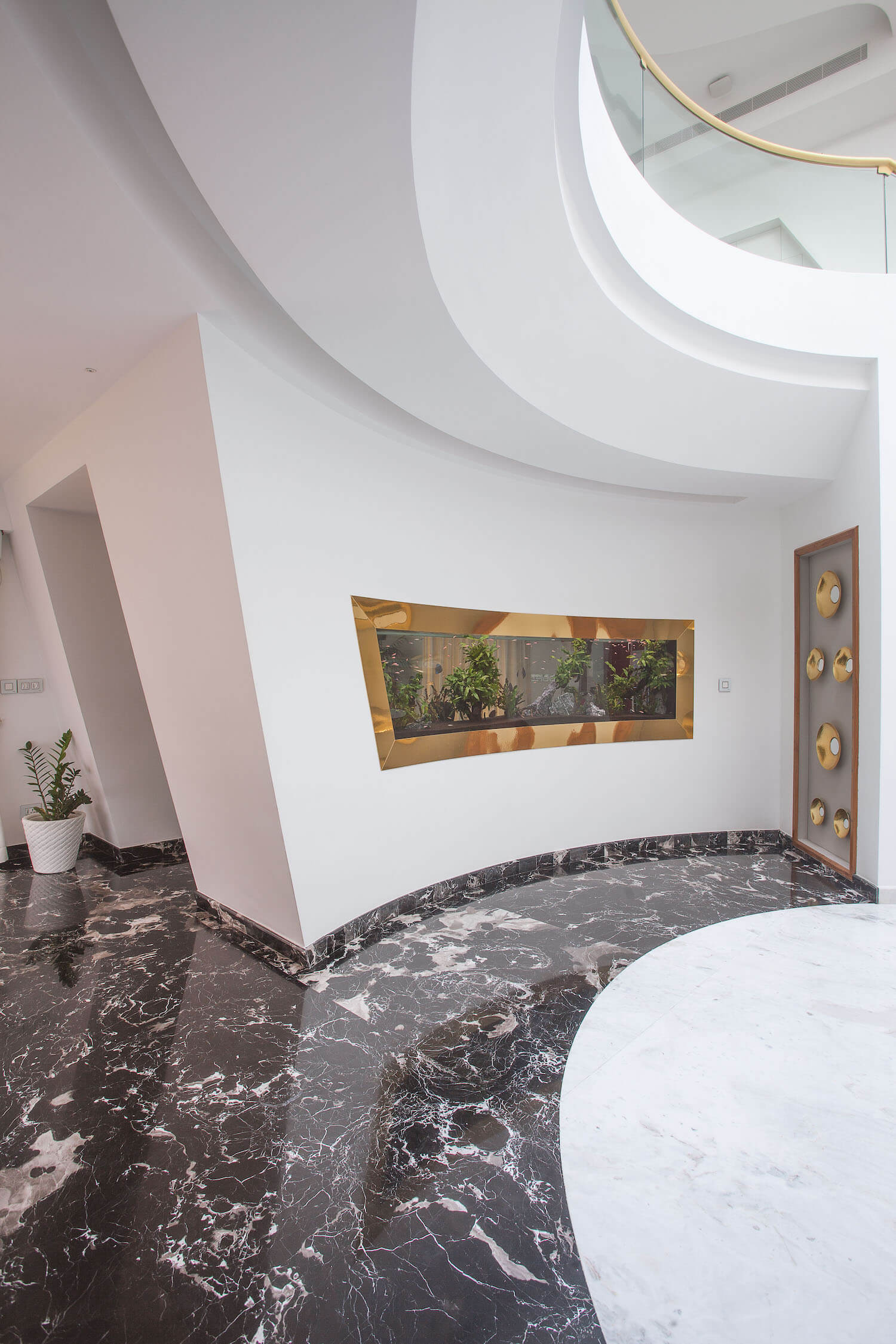 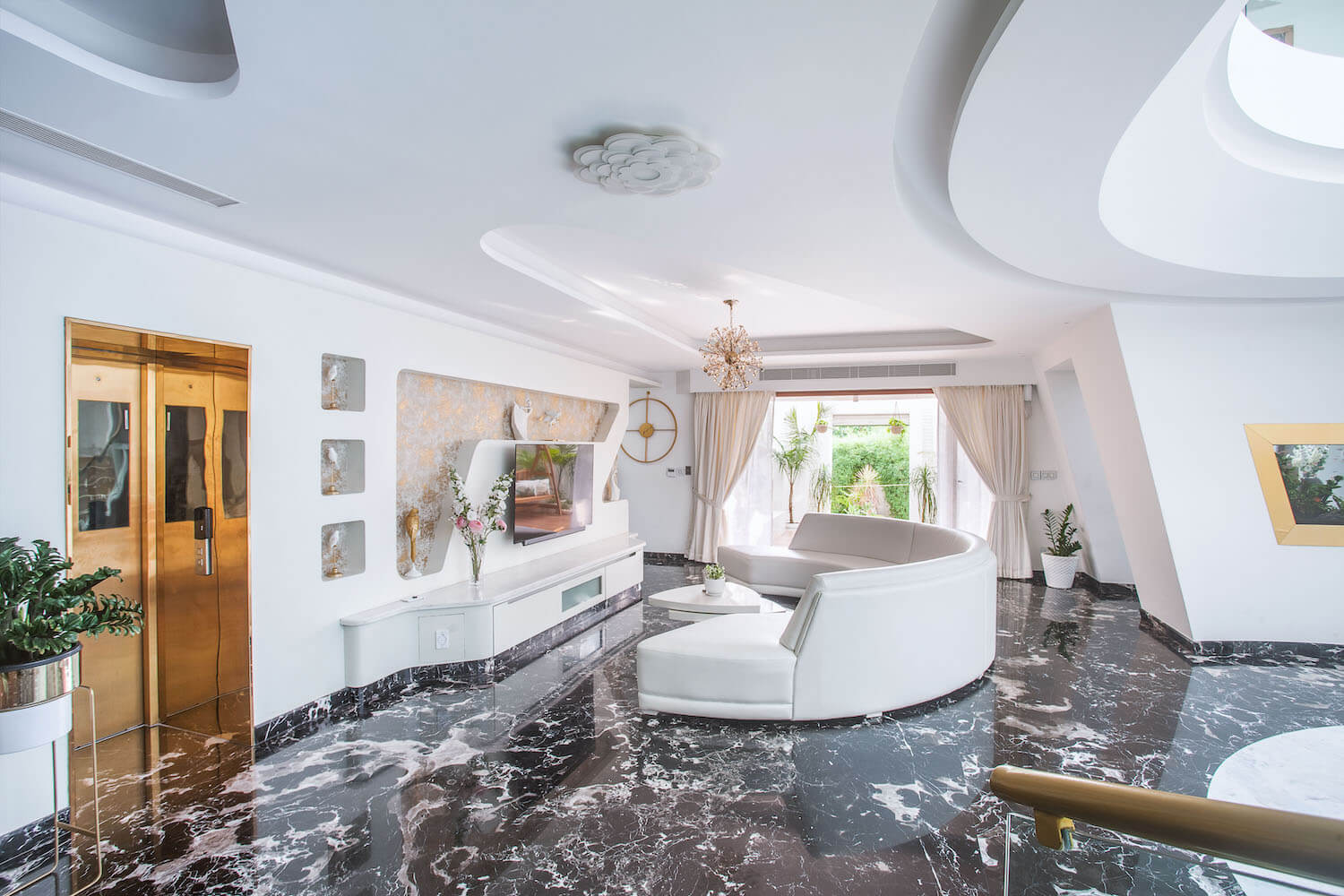 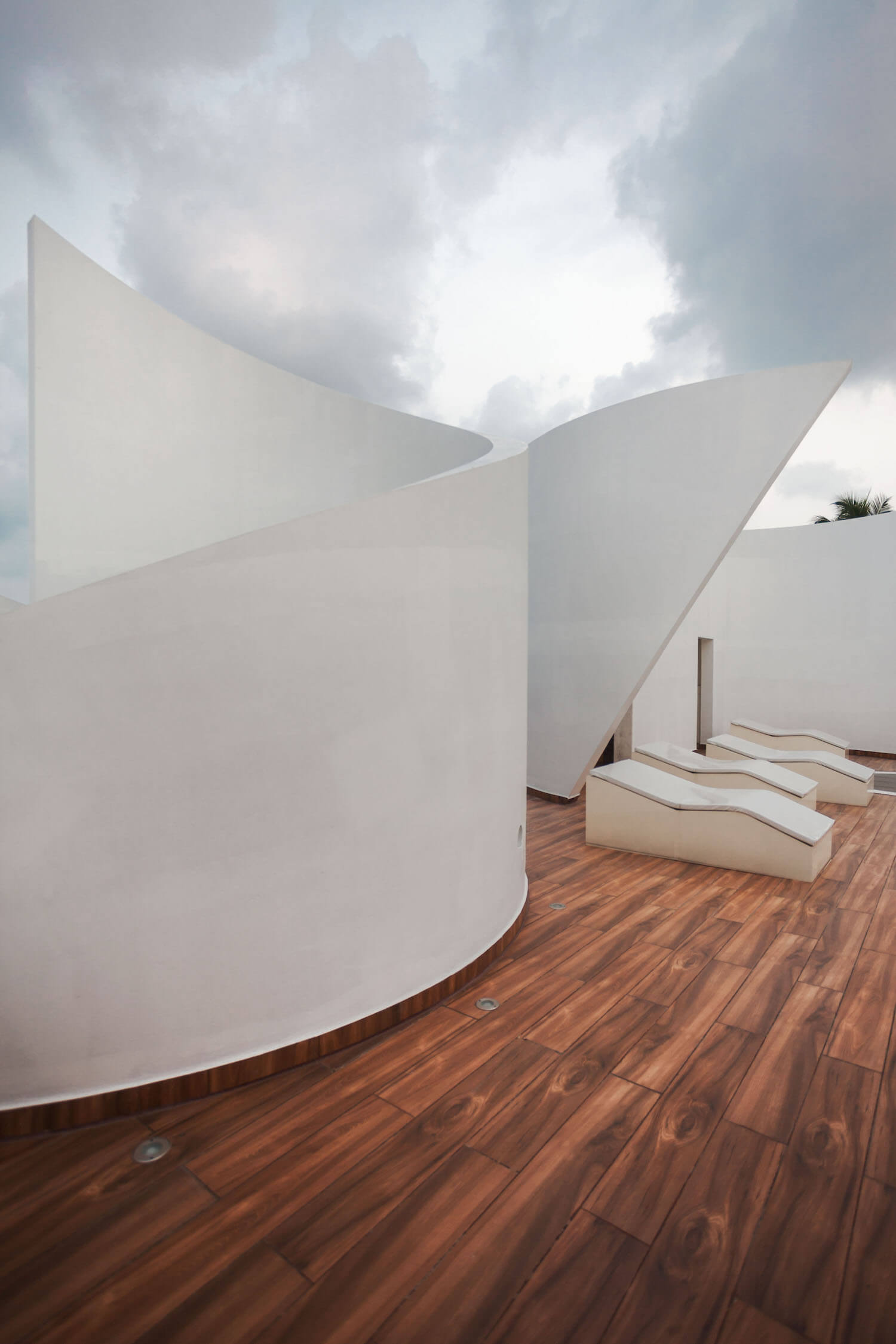 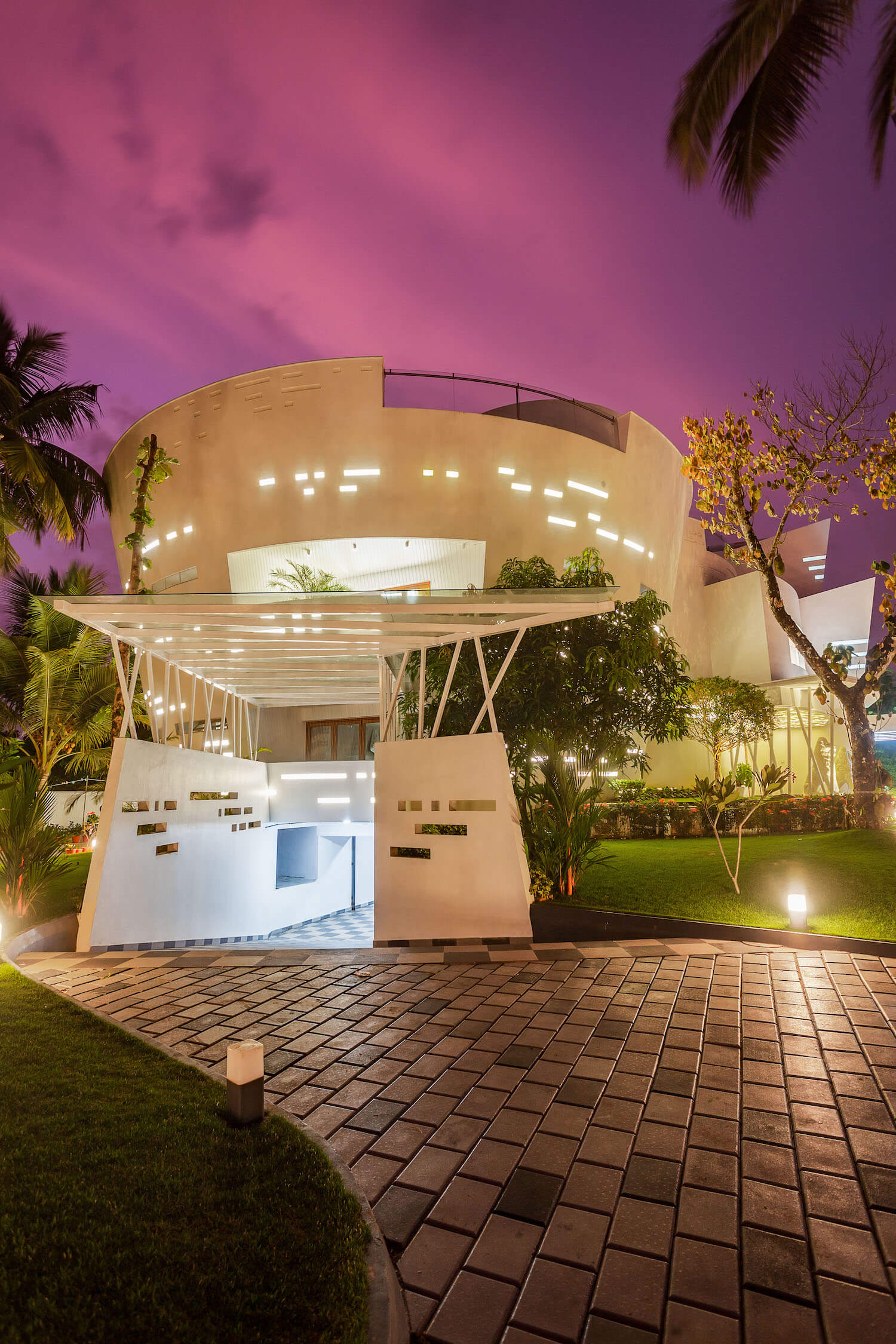 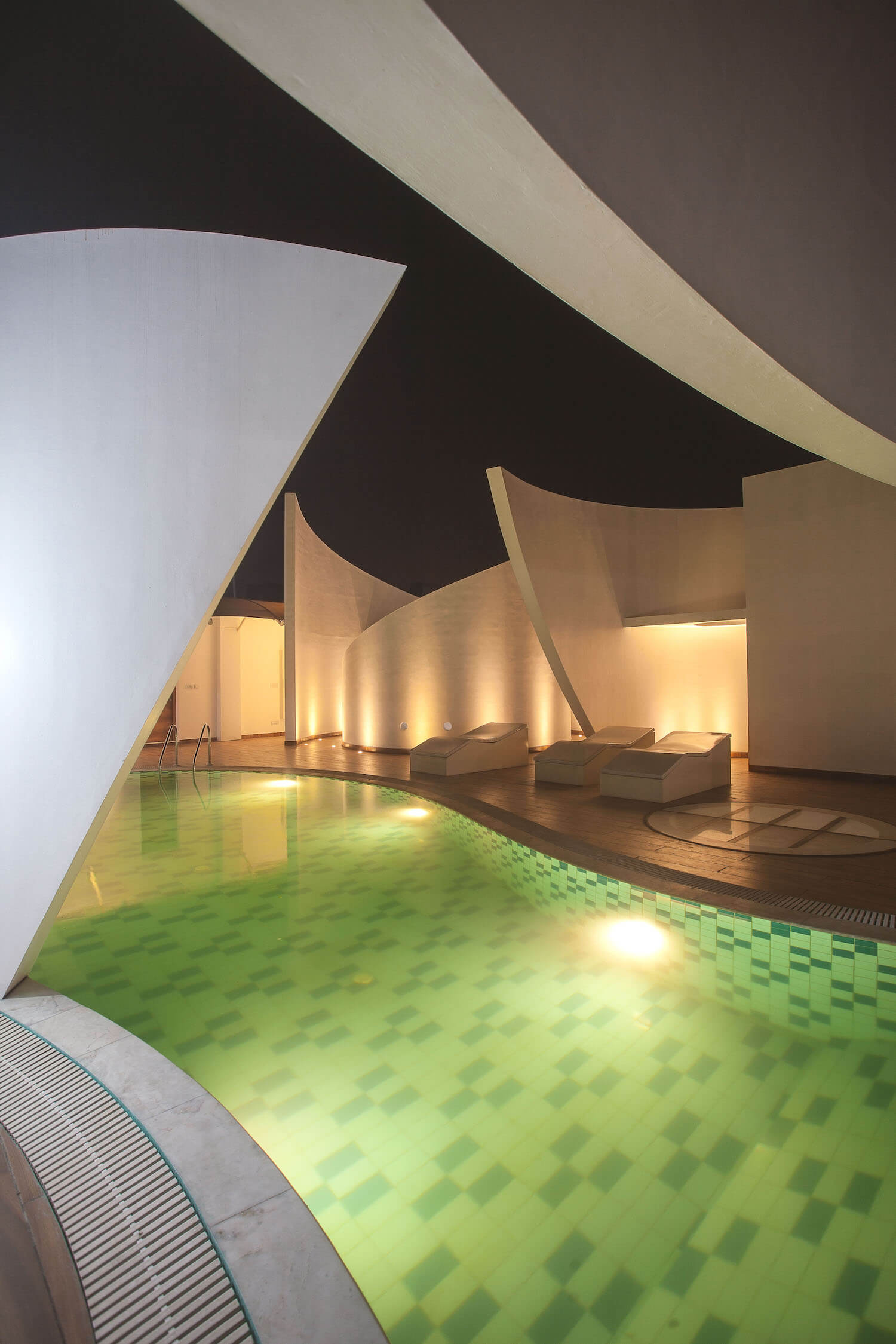 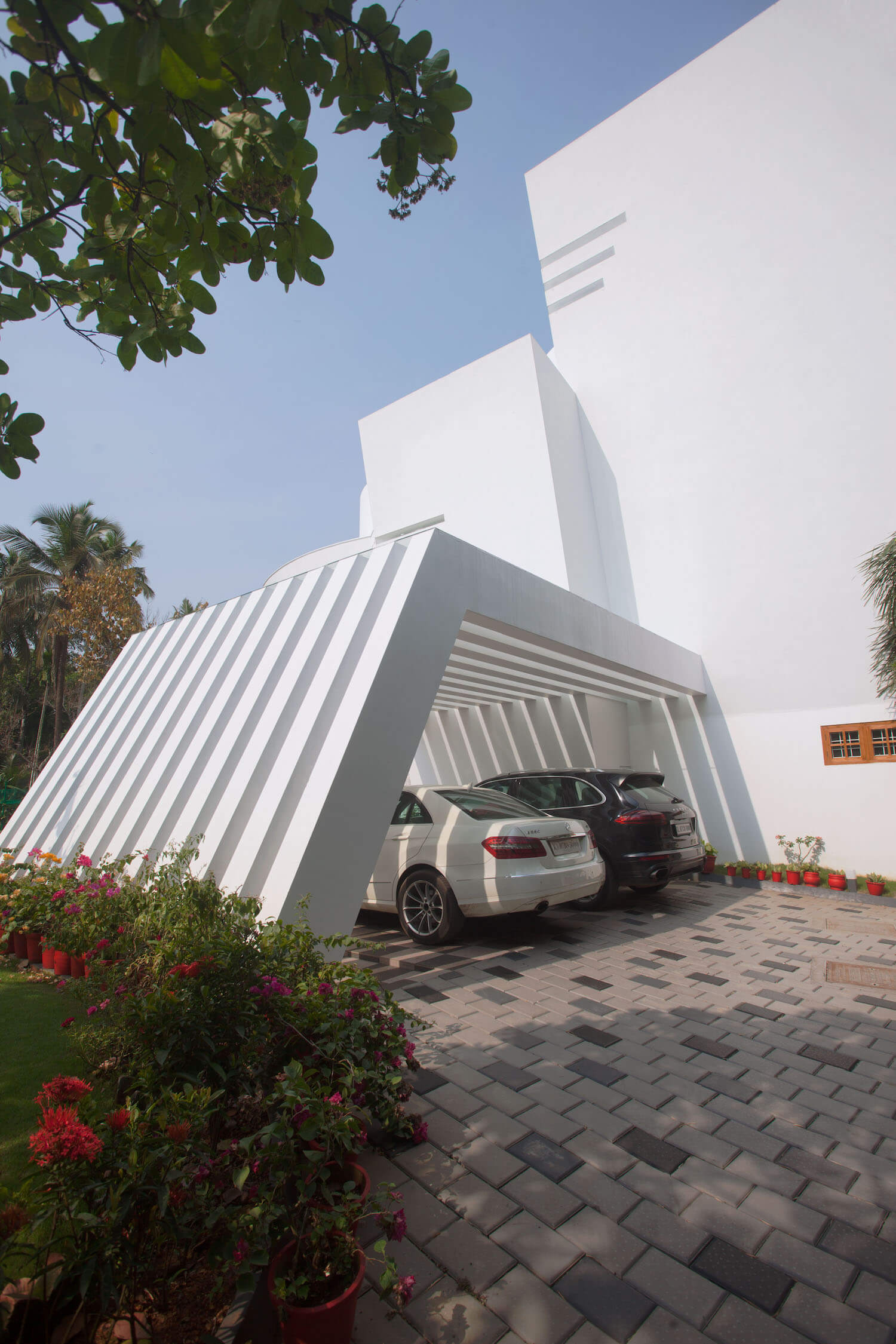 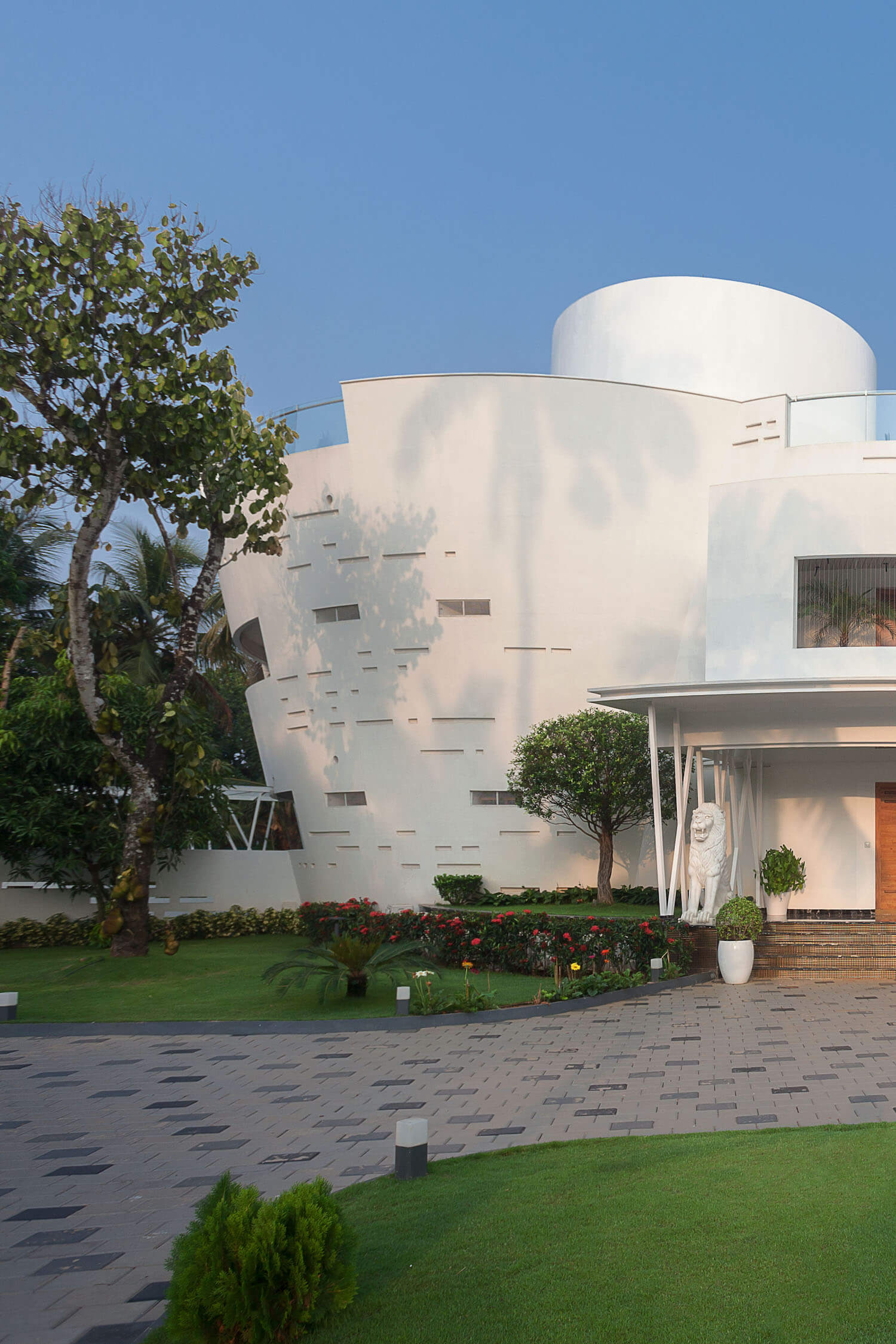 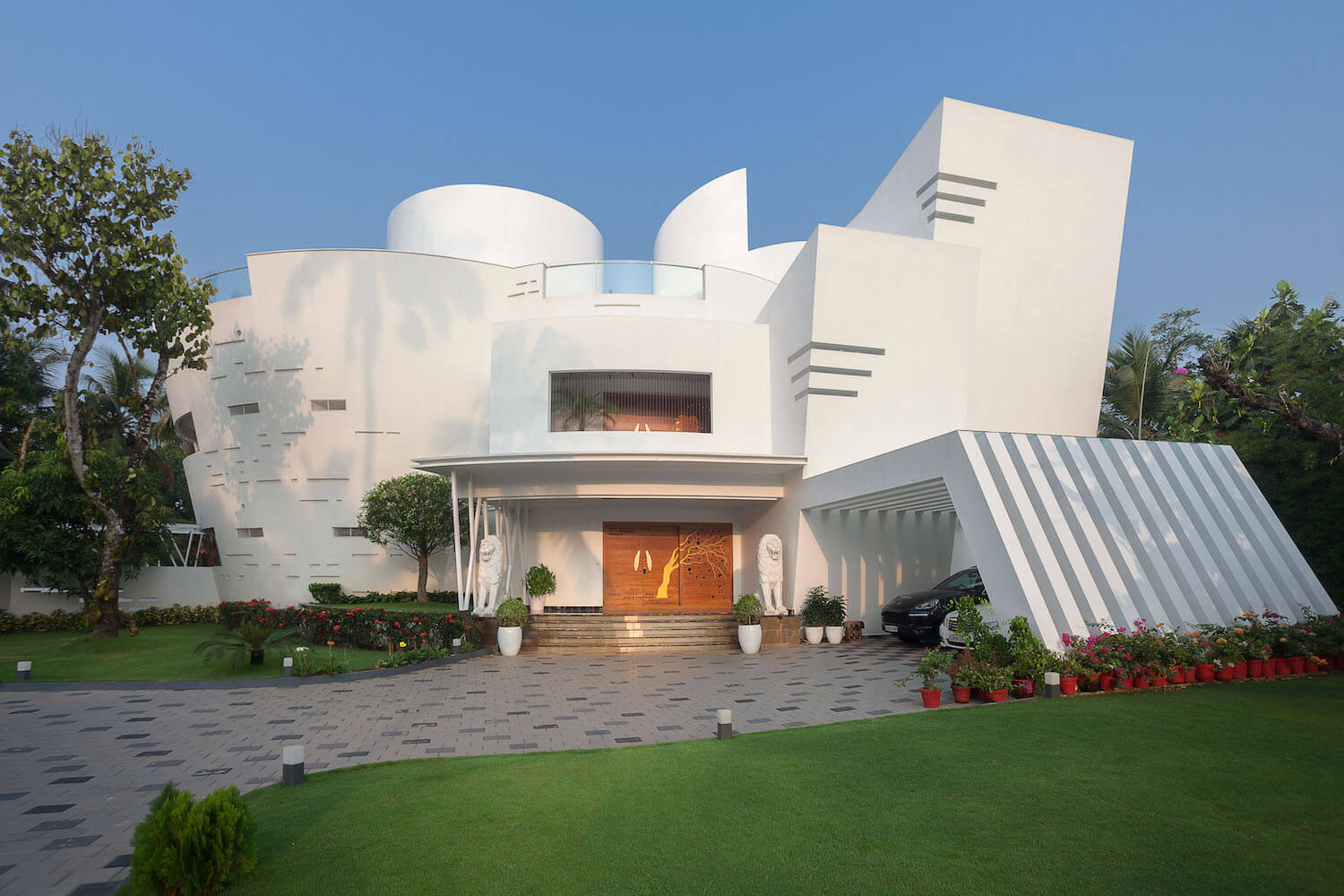 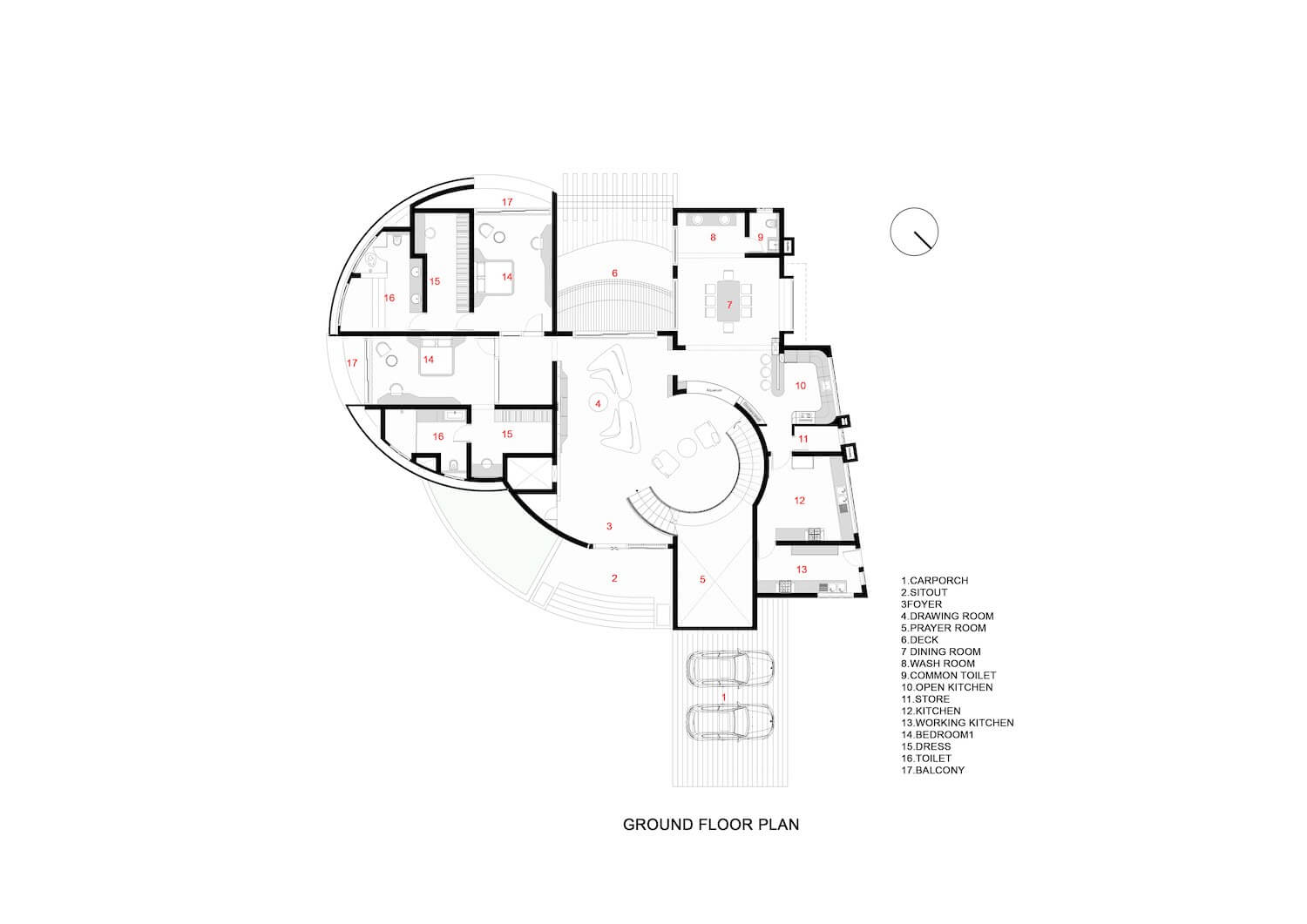 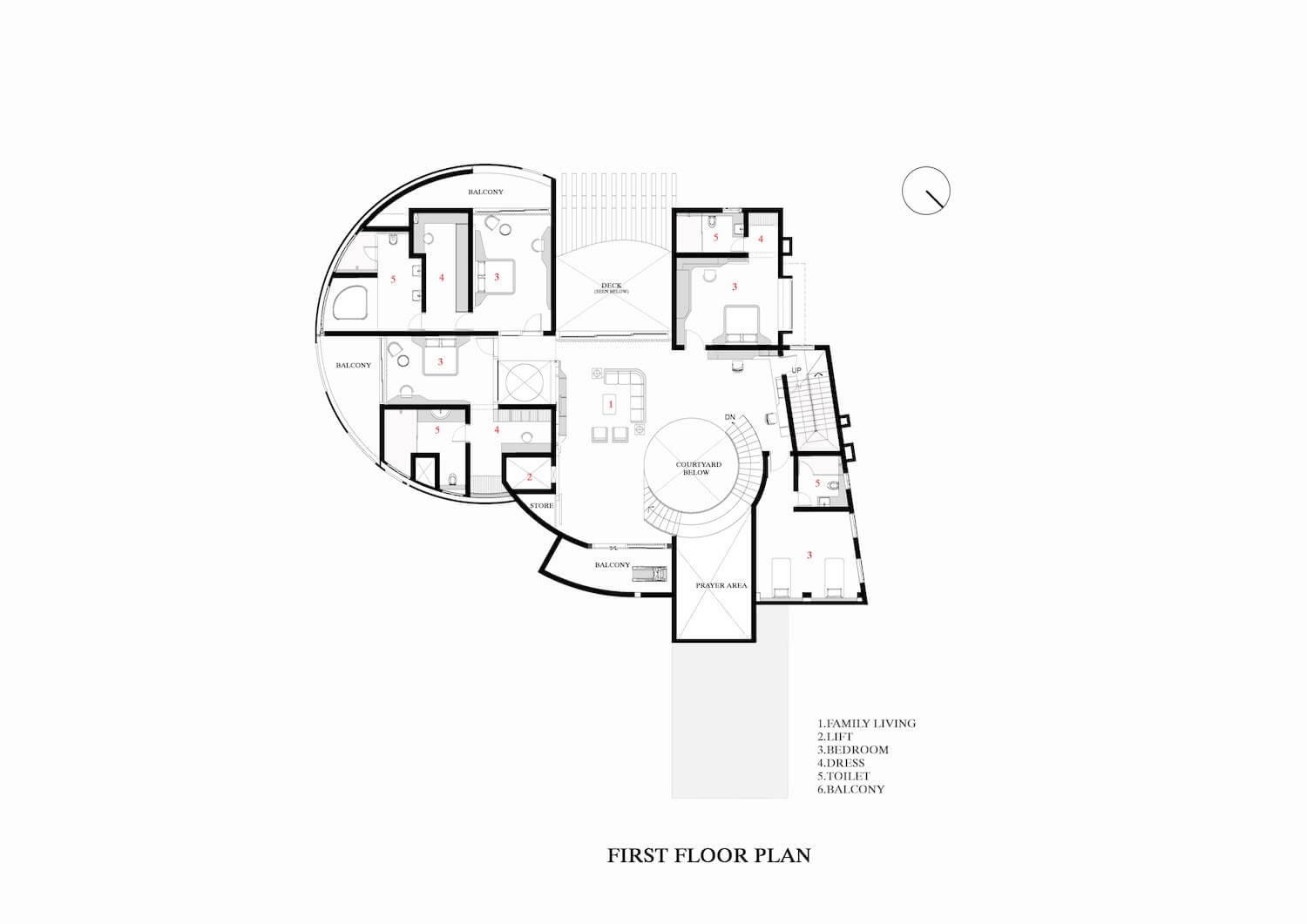 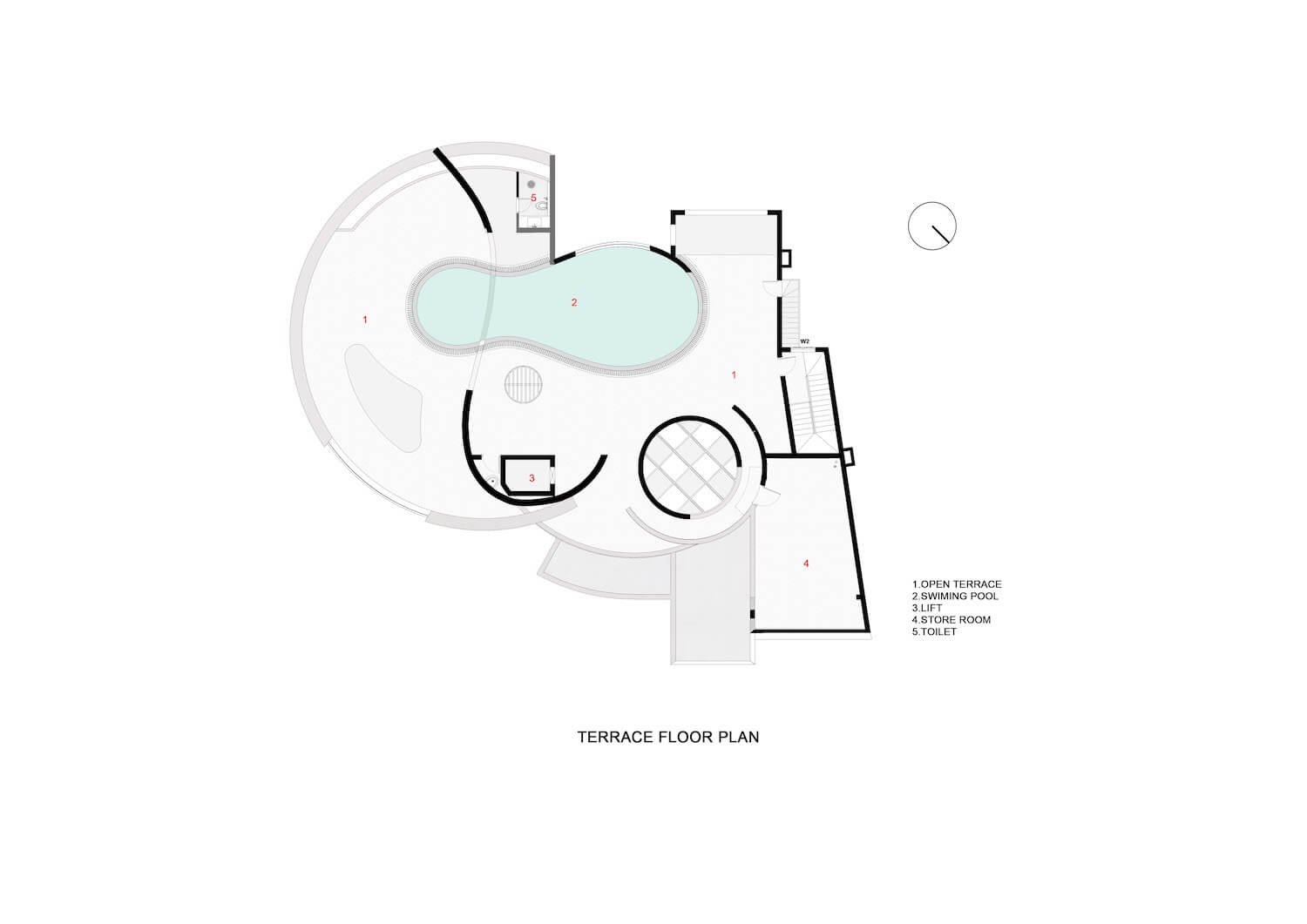 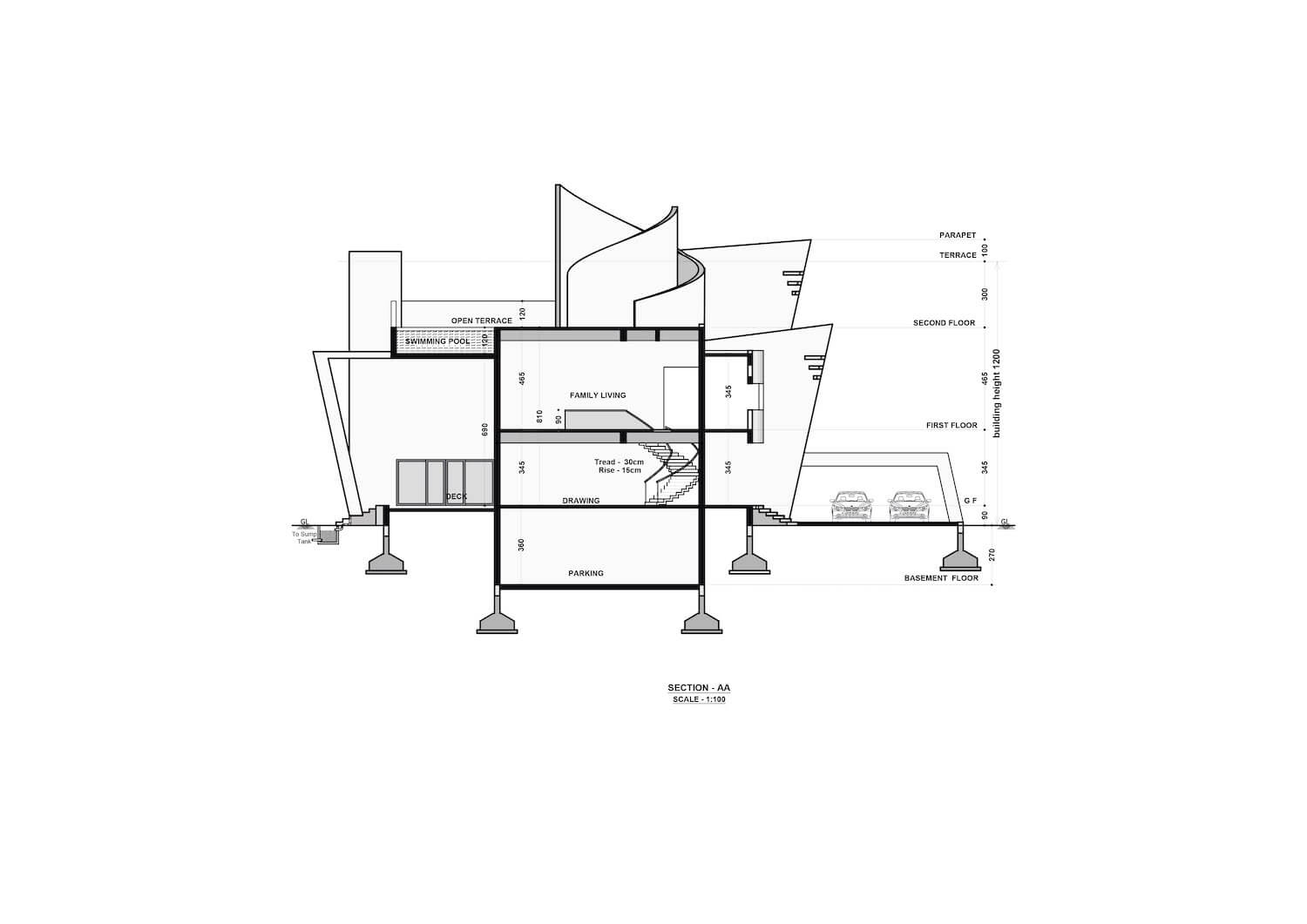 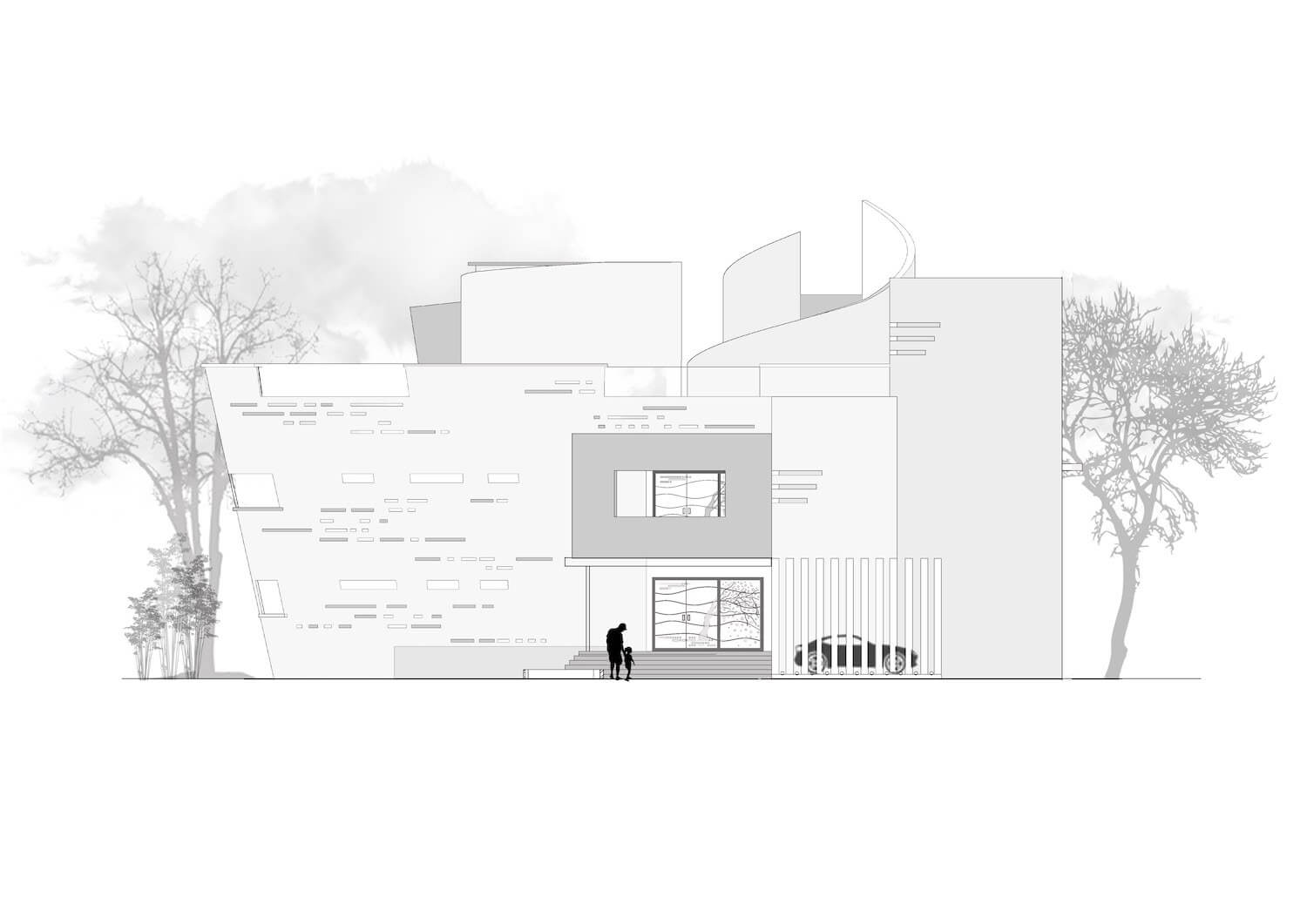 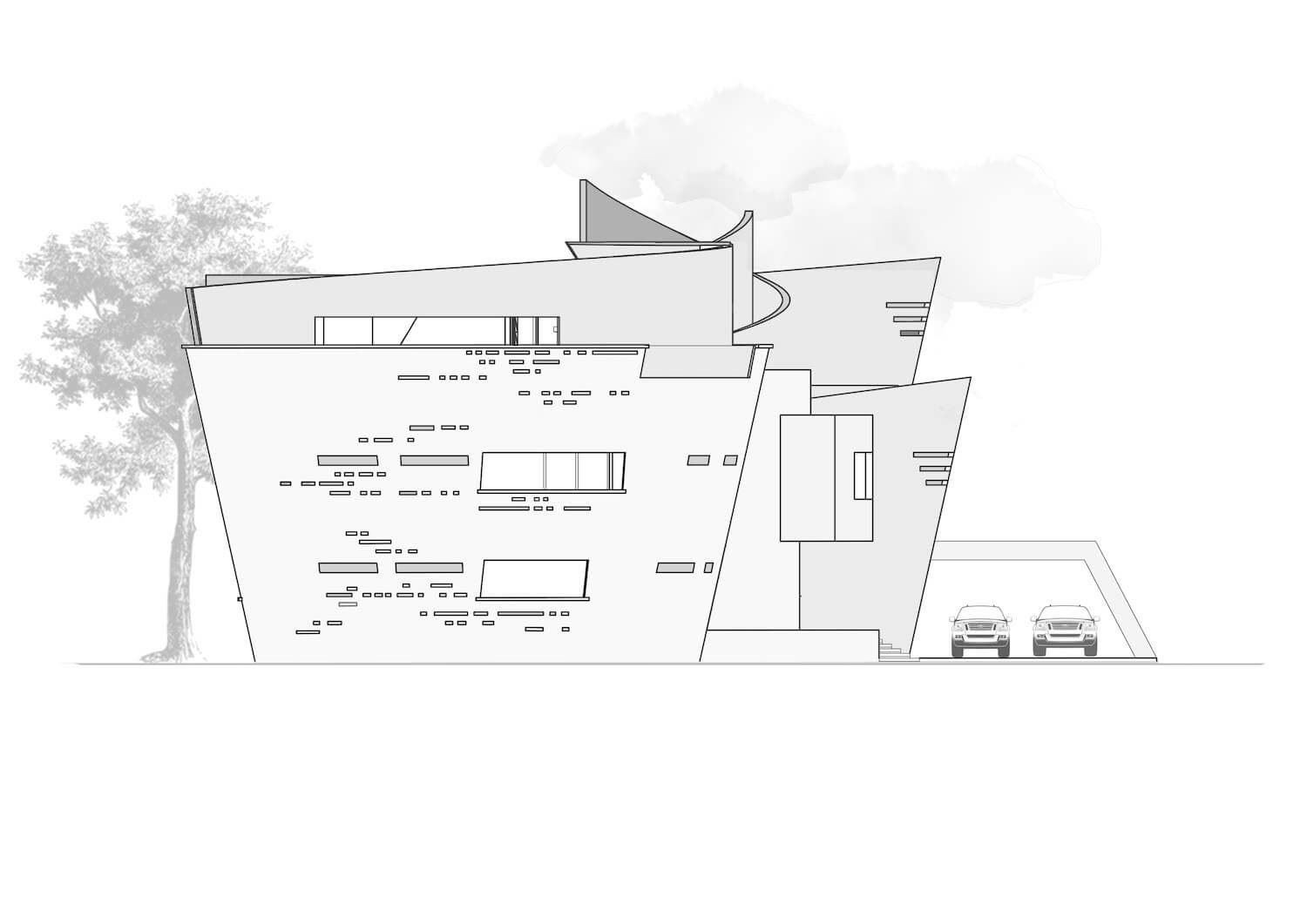 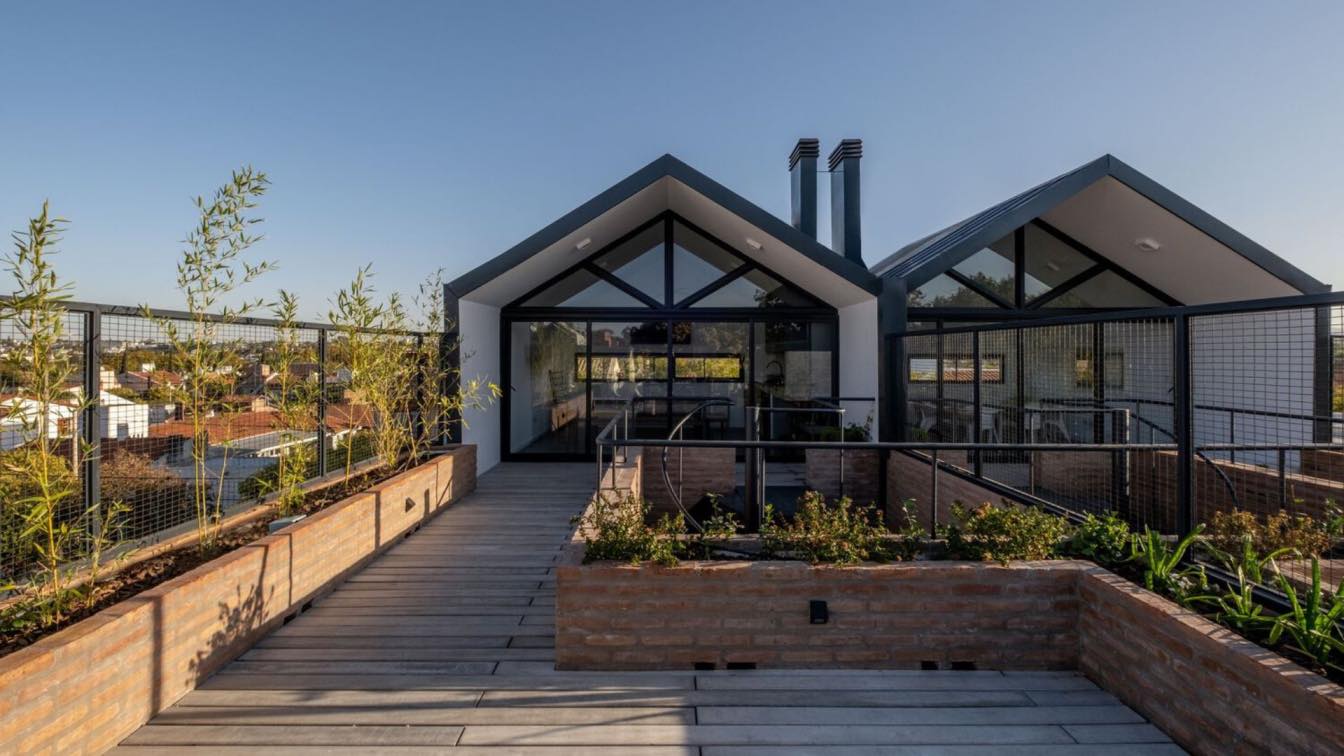 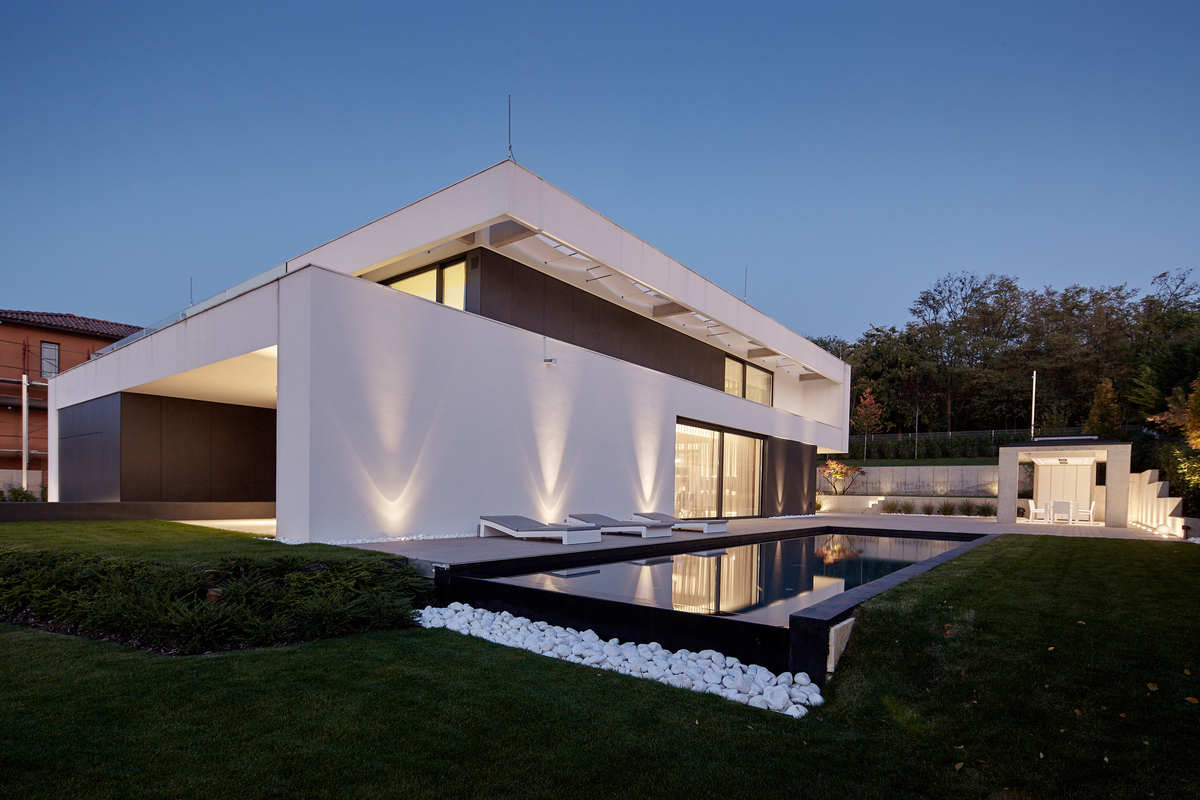 Bold, rather than brash, a luxury house by Benyei Architectural Studio 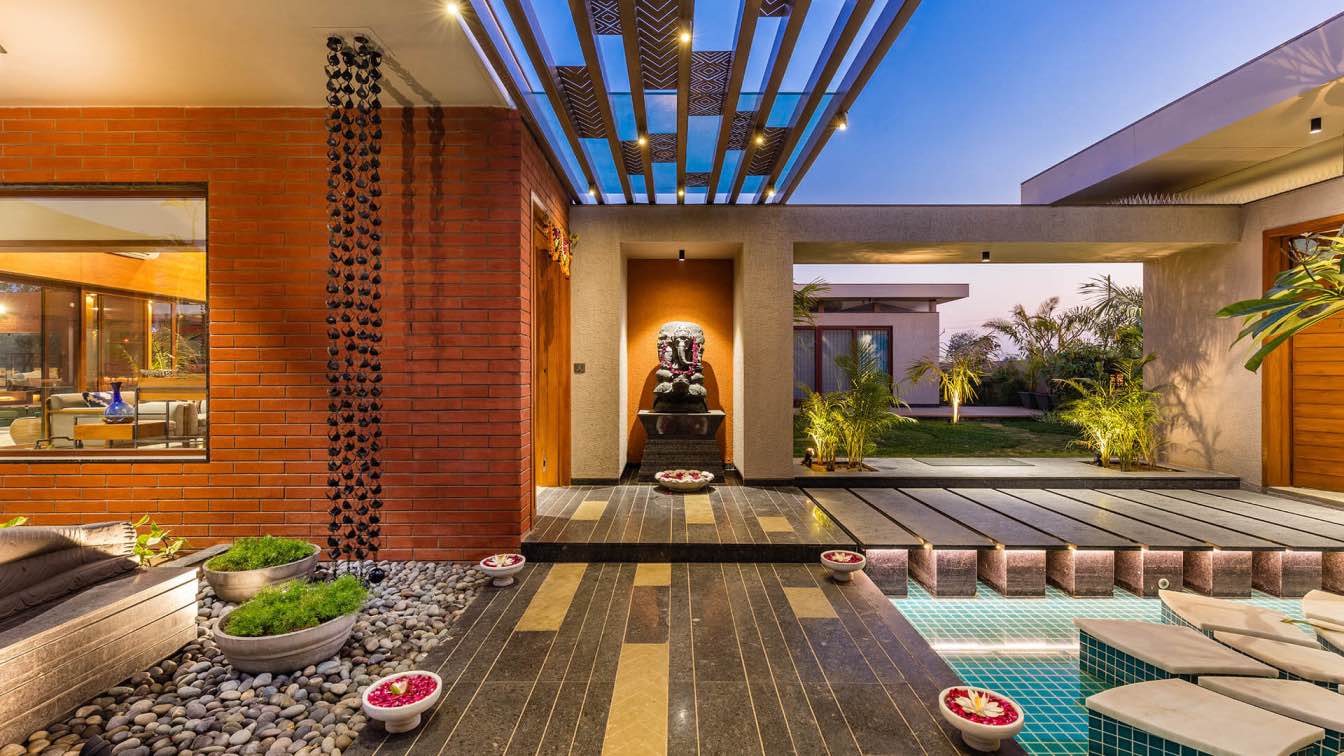 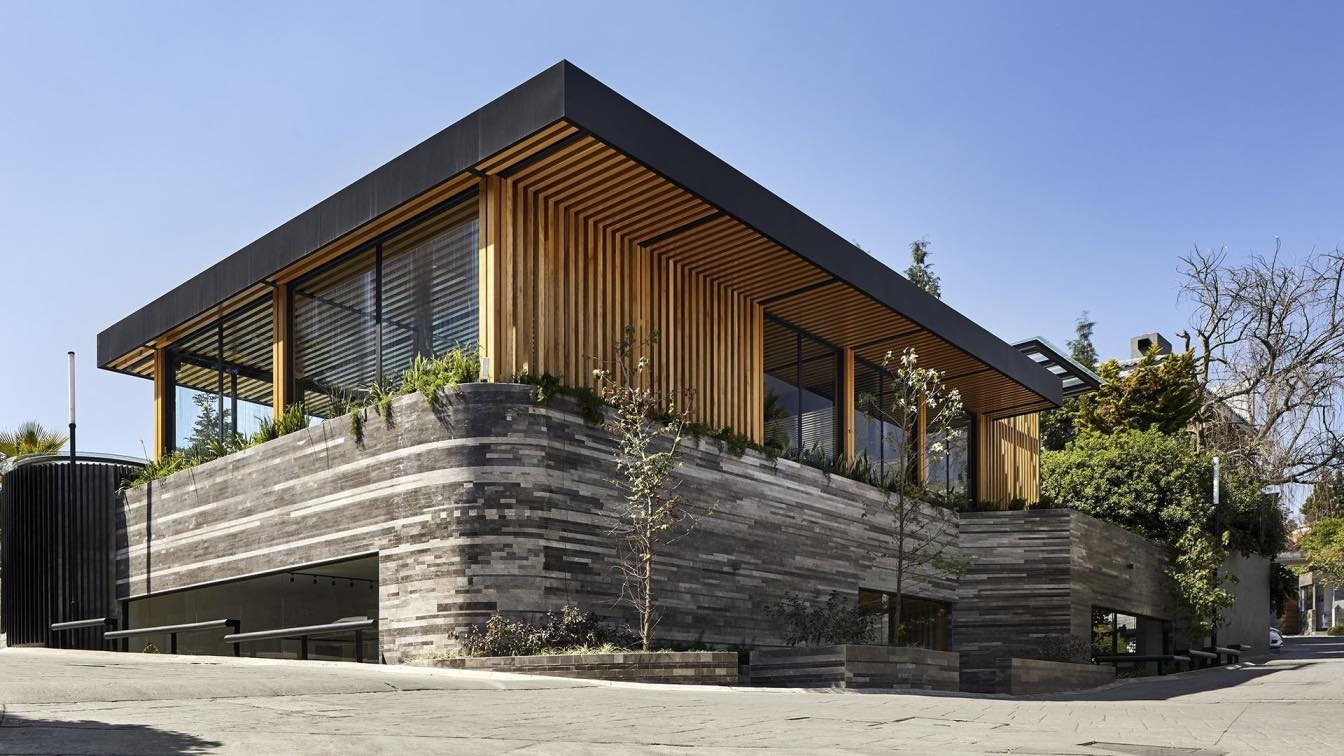