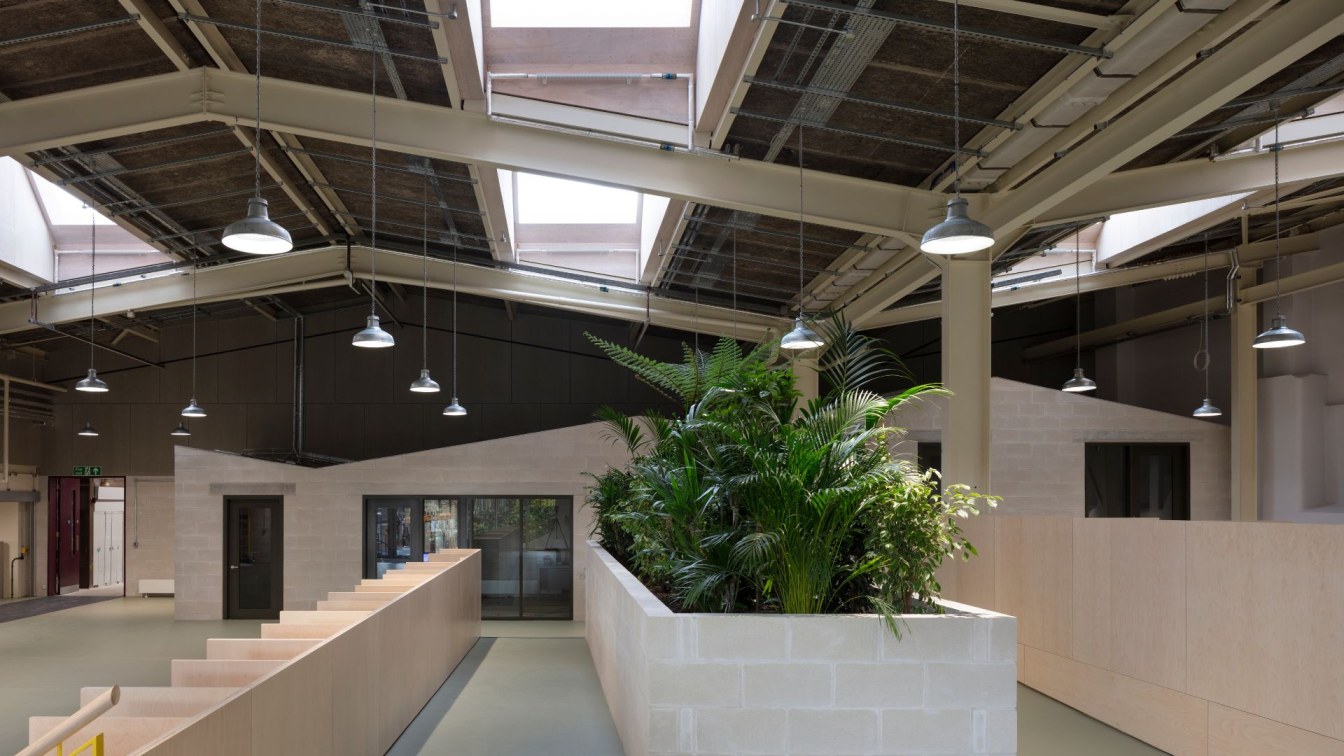 The Poppy Factory is located in Richmond alongside the River Thames in South West London. It is a charity founded between the World Wars focused on identifying employment for veterans and raising funds for families affected by war. Its premises in Richmond have evolved over the years and occupy a group of buildings including a 1930s Art Deco 3-storey factory where poppies are still made as a symbol of Flanders Fields to mark the end of WWI hostilities on Remembrance Day.

The adaptive re-use project by Henley Halebrown has focused on expanding and reconfiguring existing visitor facilities and improving access as well as the overall working environment for employees, many of whom are veterans.

Henley Halebrown’s design approach takes its cue from a poem by Robert Graves, “Recalling War”: ...‘The blinded man sees with his ears and hands, As much or more than once with both his eyes’...

These words from the poem celebrate a known phenomenon: the loss of one sense results in acuity in another. Henley Halebrown are interested in how this phenomenon can be explored in their design for the Poppy Factory through the visceral possibilities of sensation, be that sight, hearing, smell or touch. For example, inside the project materials have been selected so that they absorb glare and are pleasant to touch and outside planting has been carefully chosen to encourage bird song and make for a fragrant garden. 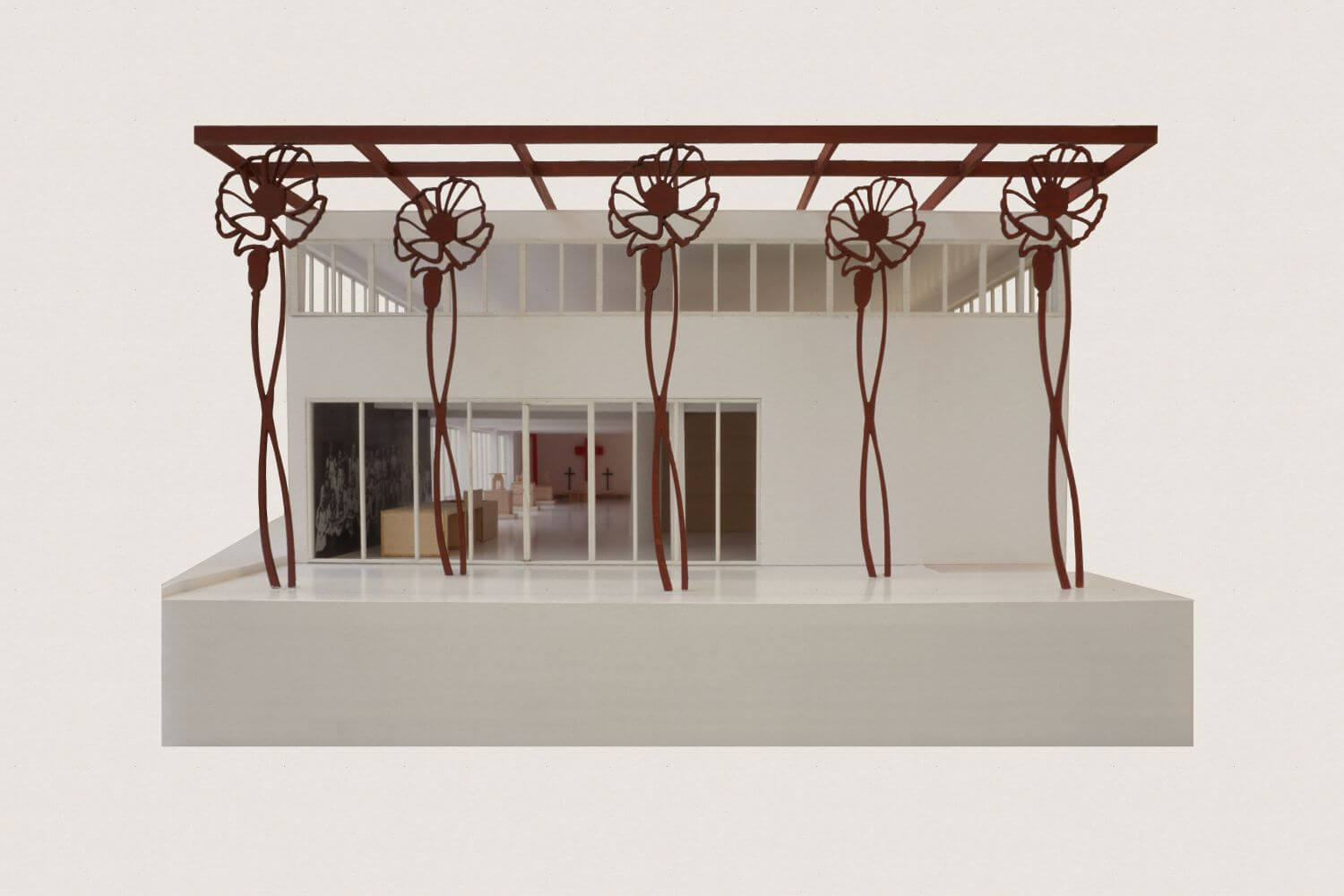 An important element of the new scheme for Poppy Factory is to bring together the existing buildings on the site thereby creating a campus and stronger sense of community. The self contained plot comprises of The Poppy Factory and a small 1930s housing estate built for factory workers with attractive enclosed verdant gardens. The estate continues to be resided by staff.

The Poppy Factory itself is made up of three buildings: its 1930s Art Deco style three-storey Factory; a single-storey warehouse; and a two-storey Brutalist 1970s brick block. These buildings house offices dedicated to finding employment for veterans and the poppy workshop with its adjacent warehouse. The upper floors of the premises have been let as tenanted office space to provide funds for the charity. 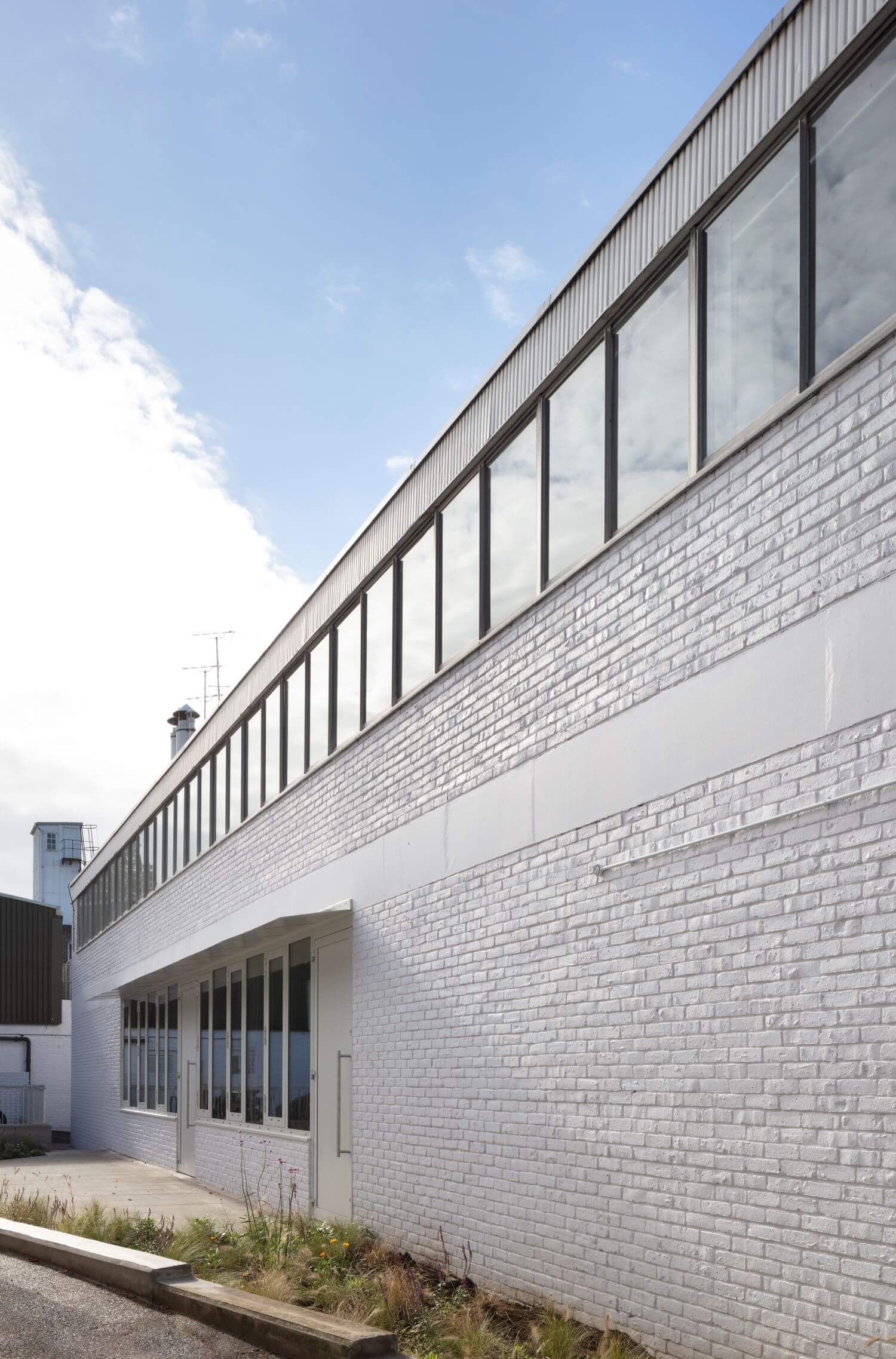 Henley Halebrown’s design has linked these three buildings together and in doing so has deliberately united office and factory. This has been achieved with a combination of new ramped routes as well as a lift creating level access where floor heights currently vary by as much as 2.5m. The ramps have been designed so that no grab rails are necessary thereby opting for a universally accessible design that is intuitive to use and clutter-free, giving everyone a better experience of the building. 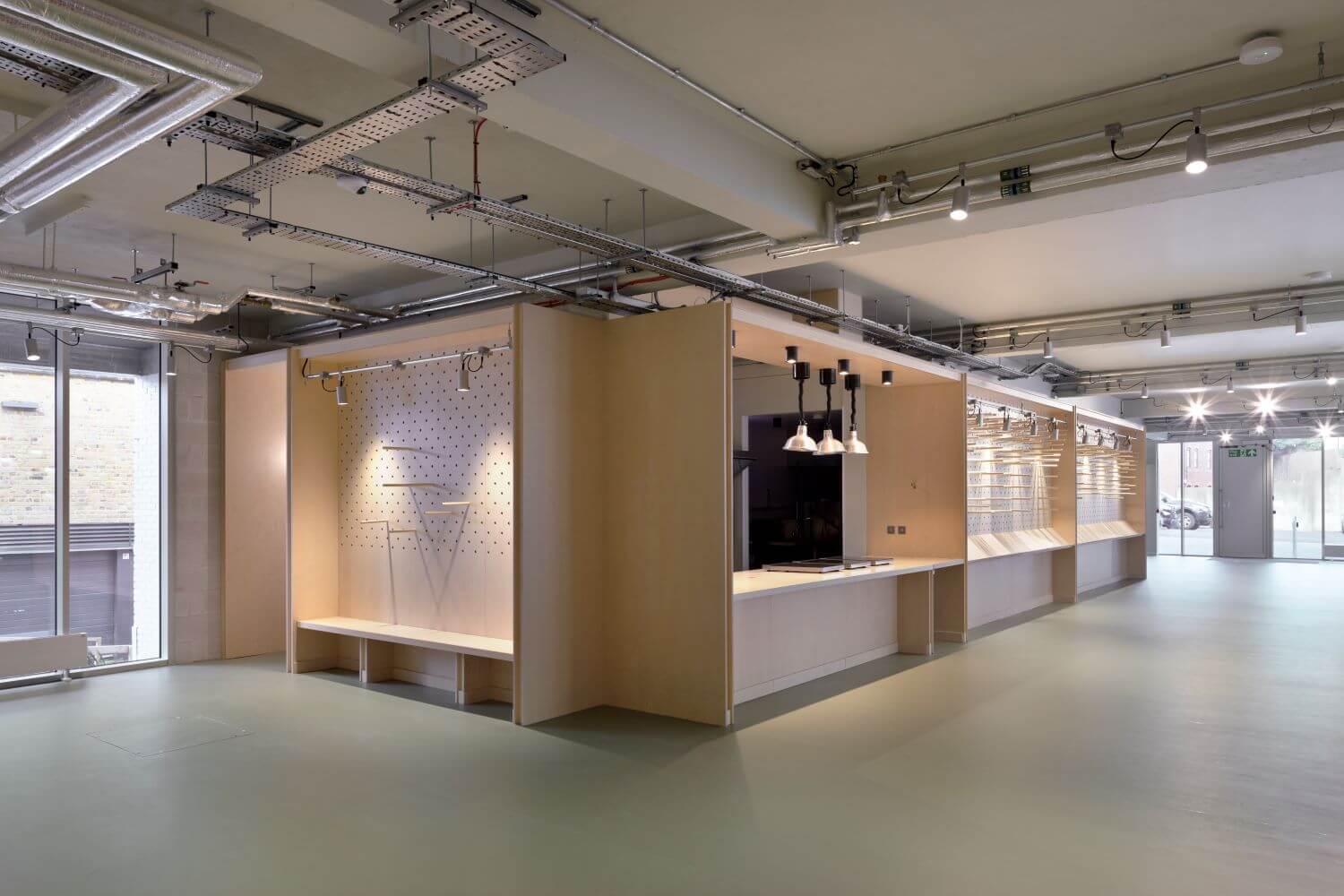 The Poppy Factory offices are now in the former warehouse. Its remodelled interiors introduce new naturally ventilated and daylit office space within the existing lofty 7m high warehouse volume. The space is further transformed by the introduction of new skylights, and by opening up a façade to the prospect of the charity’s charming 1930s housing estate to the south.

The exceptionally high ceiling height in the offices together with its subtle top lighting make for a monumental and generous space that will not require mechanical cooling. Its semi-industrial rawness is retained and, together with the introduction of abundant natural light, the former warehouse has the feel of an external space, not unlike an atrium. This is further reinforced with the architects’ indoor planting scheme that is an integral part of the design and adds to the sensory pleasures that define the project as a whole. 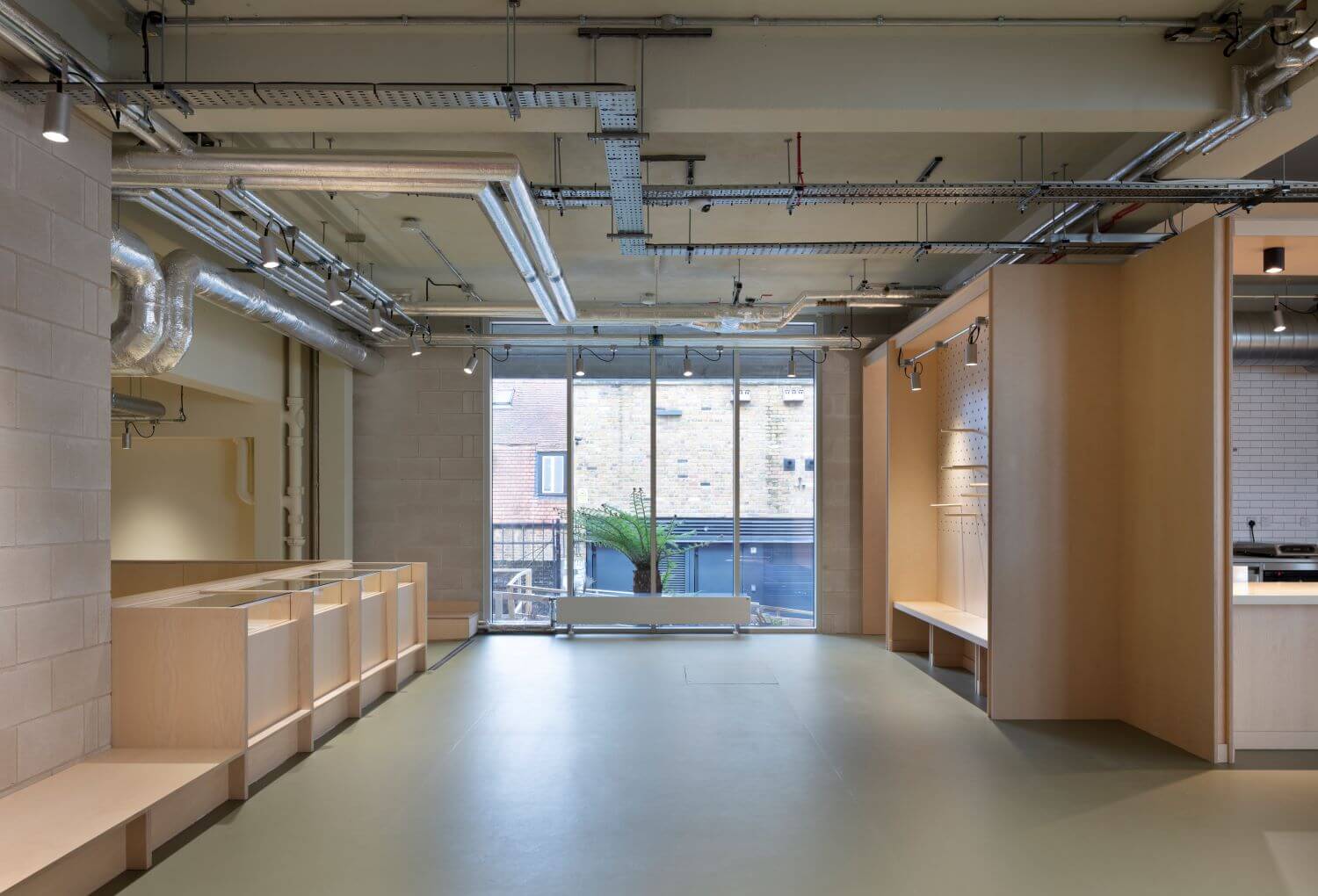 The charity’s workshop remains in the original 1930s building with its specially designed benches for members of staff with restricted mobility. Adjacent to it, a part of the warehouse will be kept as storage for the poppies.

The Brutalist block at the front of the site continues to be used as the main entrance to The Poppy Factory. The offices it had housed have been replaced by new visitors’ facilities. These remodelled public areas are essential to the project as the charity hosts daily tours for school children and members of the public. The revisited block thus becomes the public face of the organisation, housing a new foyer, an exhibition space, an auditorium and a café (also used by staff). 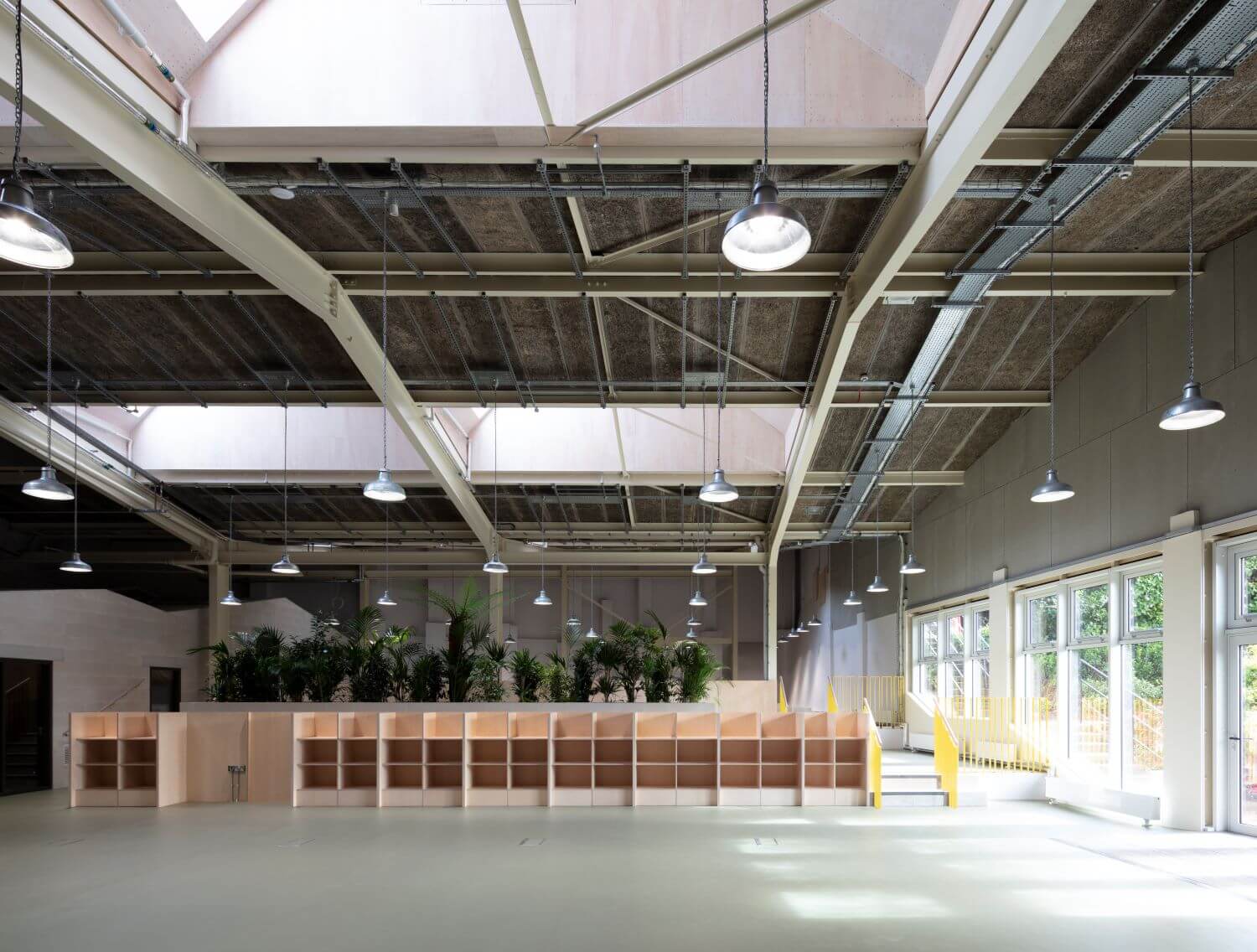 Inspired by Colonel John McCrae’s poem “In Flanders Fields”, the poppy became an icon of Remembrance in the wake of the First World War. The first Poppy Appeal was held in 1921.

Organised by the Royal British Legion, it raised £106,000 through the sale of silk poppies made by war widows in France. The following year, Major George Howson MC set up The Disabled Society in London. Within 10 years he was employing 350 veterans making poppies to raise funds for the charity, which changed its name to The Poppy Factory with new premises opening in Richmond in 1925. In 2010, The Poppy Factory widened its expertise in employing injured ex-service personnel by helping veterans find meaningful and sustainable work in other fields around the country. The Poppy Factory continues to produce millions of hand-made paper poppies every year together with poppy wreaths and Remembrance symbols. 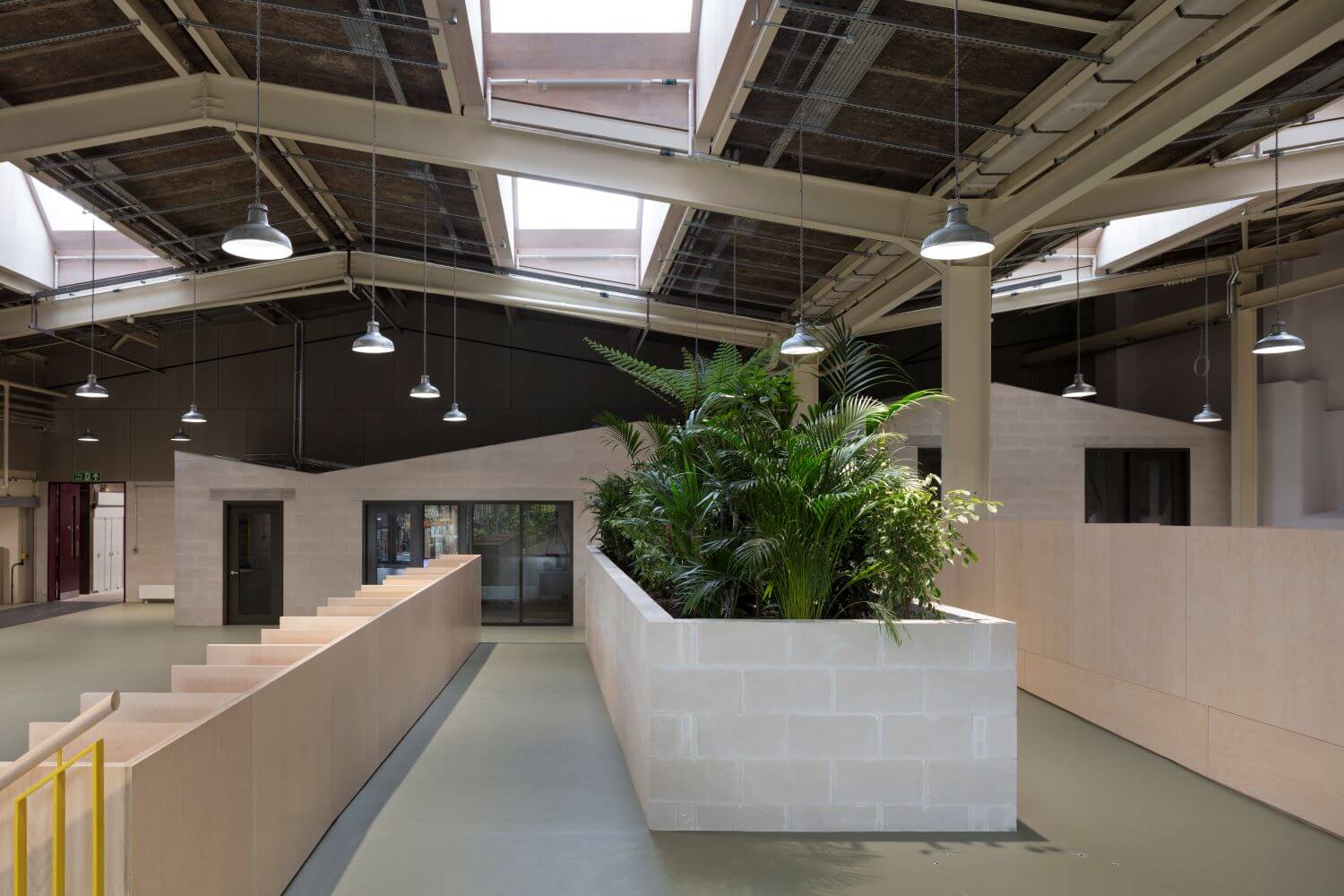 “An overarching consideration for our practice throughout the project has been the enhancement of the physical and mental wellbeing of the Poppy Factory staff. A sense of inclusivity and community at The Poppy Factory has thus informed our design. This led to us opting to create a connected campus of buildings that together form a collegiate and collaborative environment. This sense of unity is very much in keeping with The Poppy Factory’s vision of bringing teams together and improving a sense of social cohesion and belonging.” 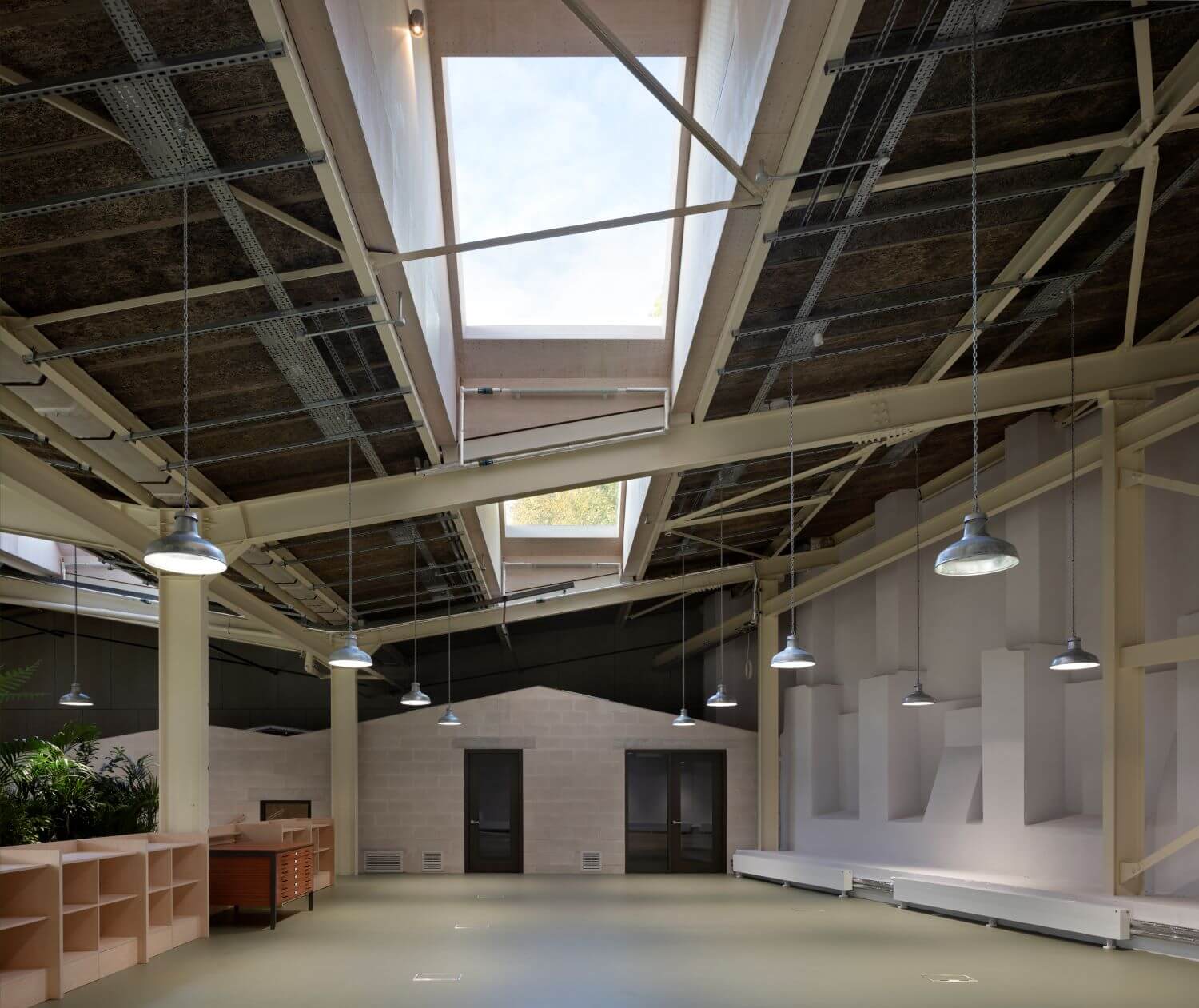 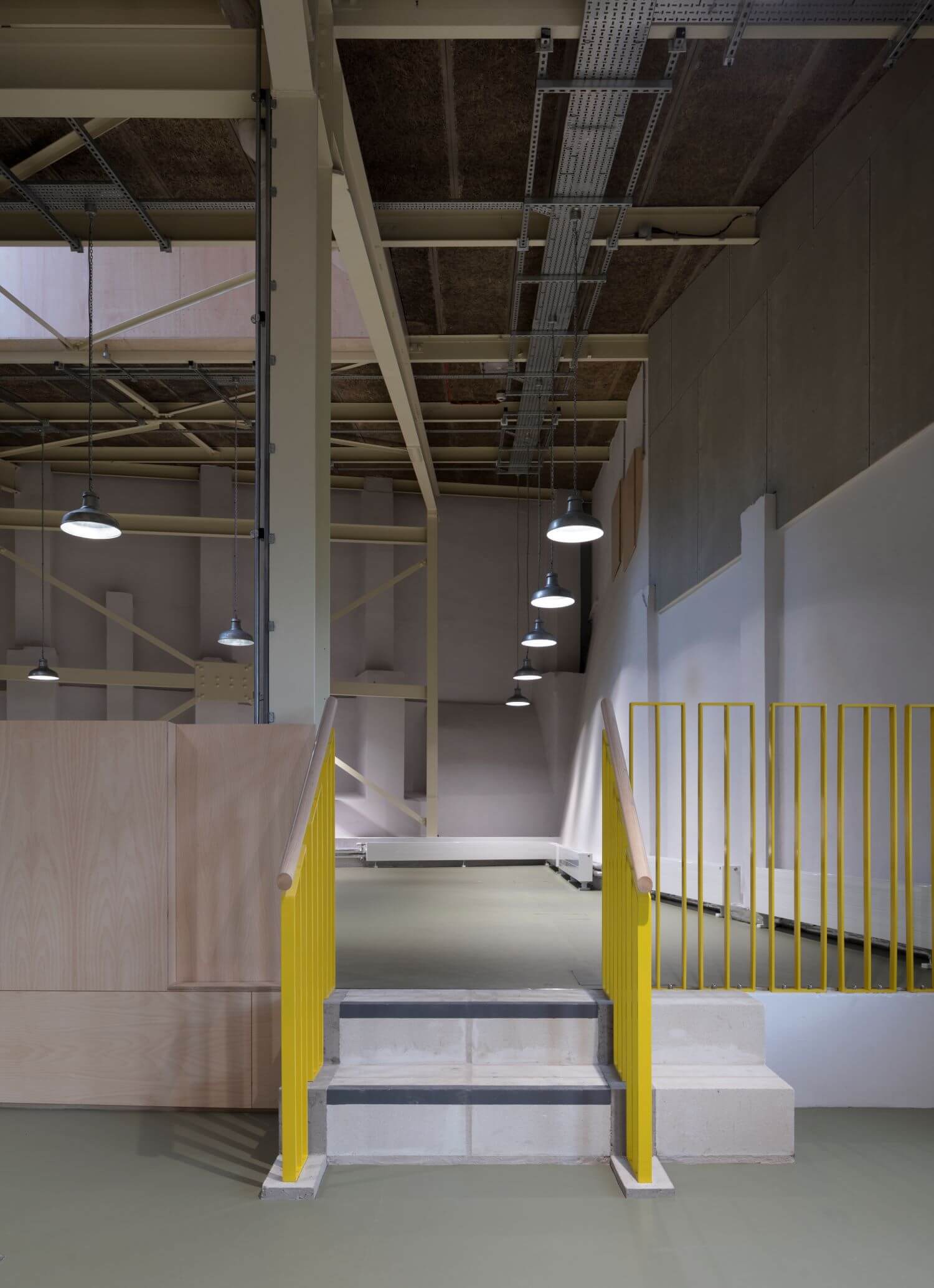 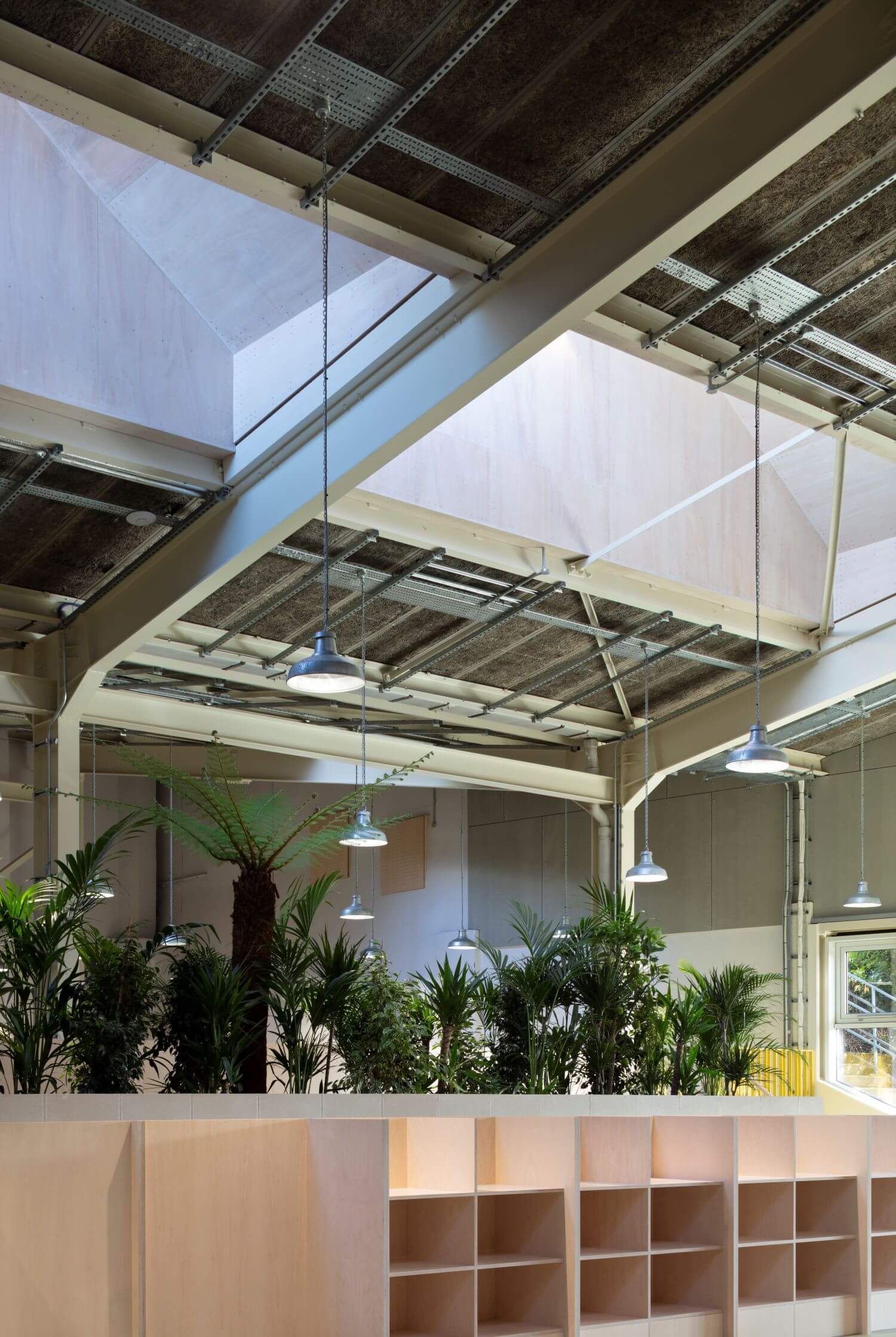 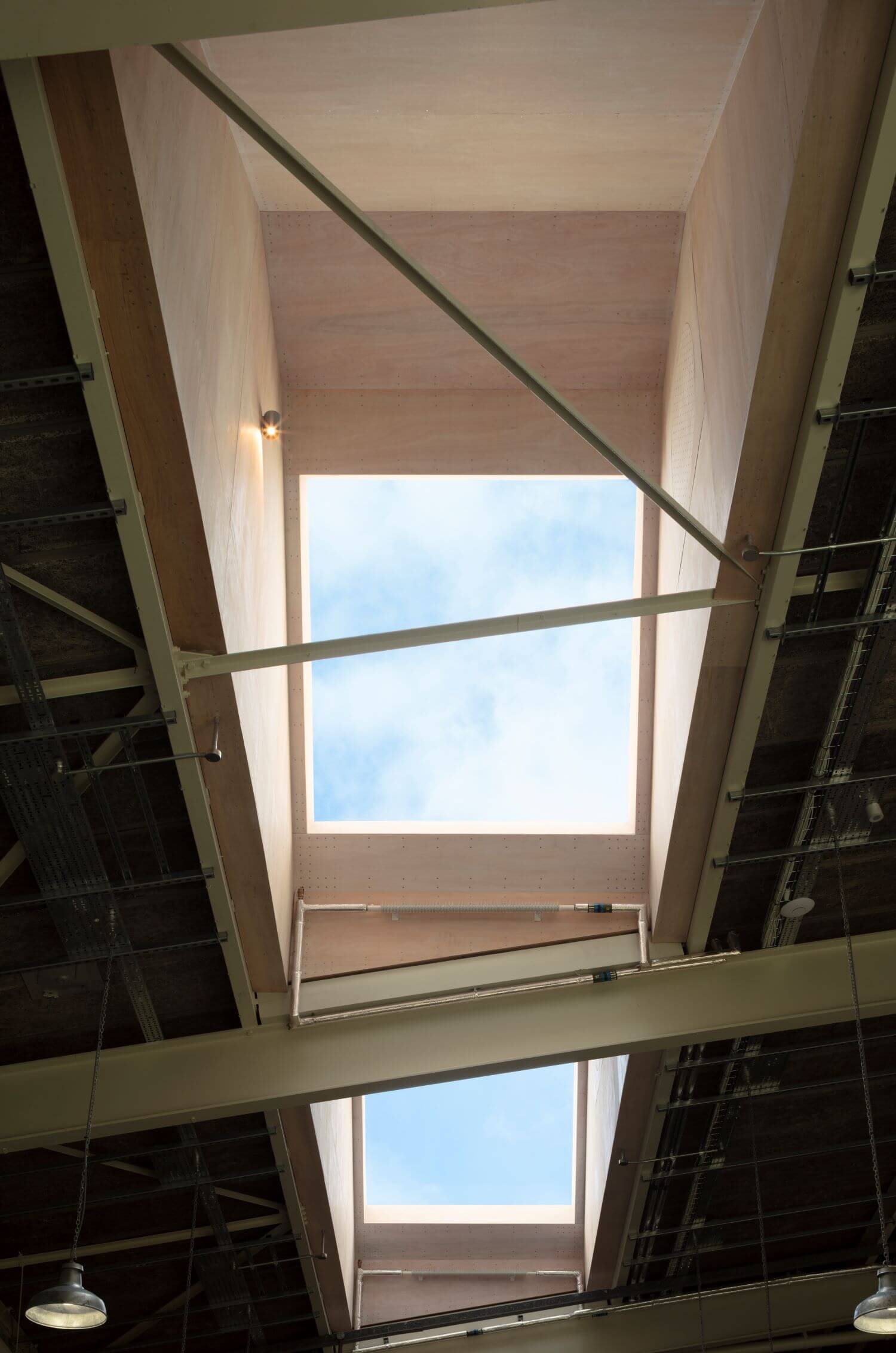 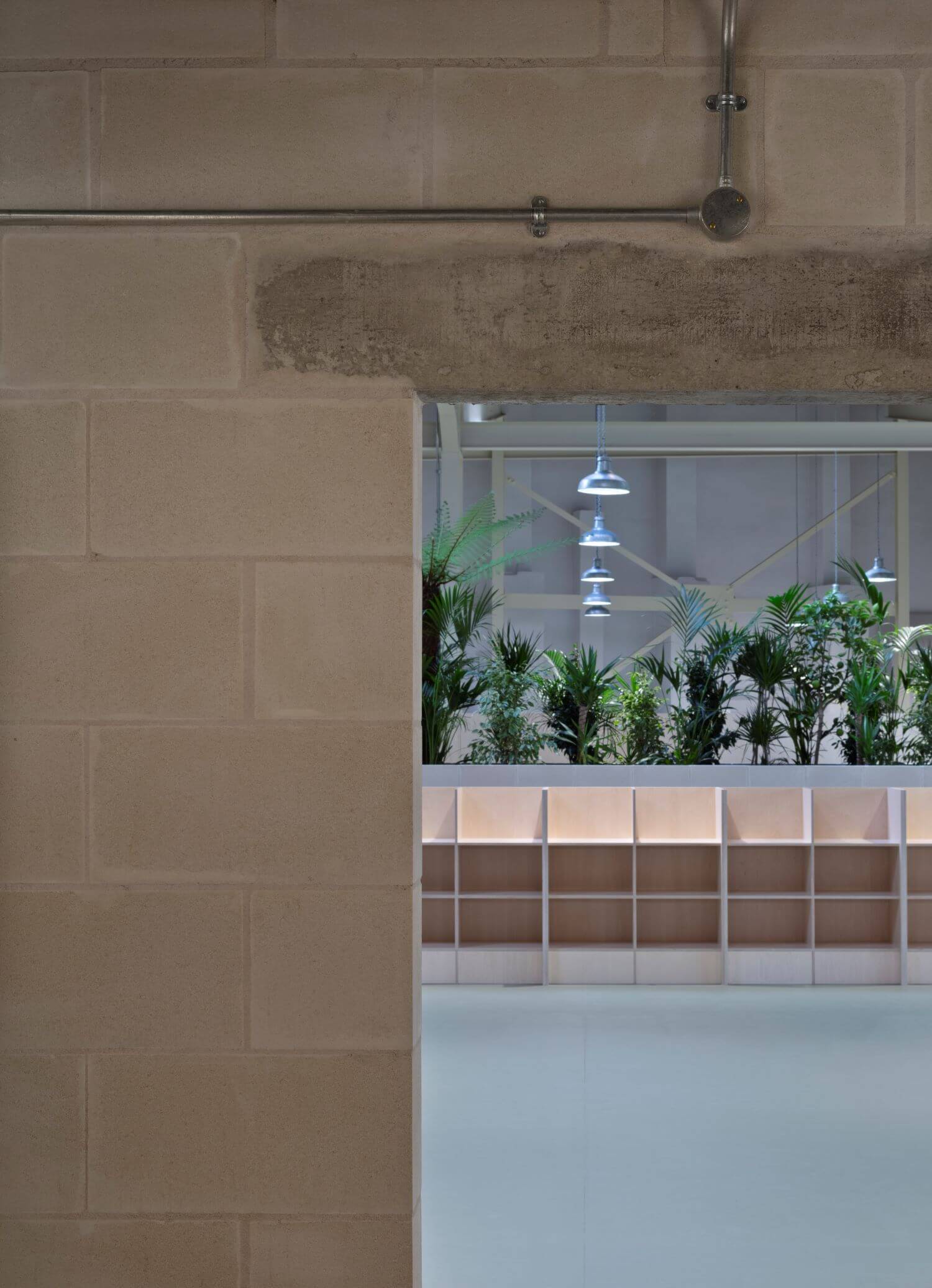 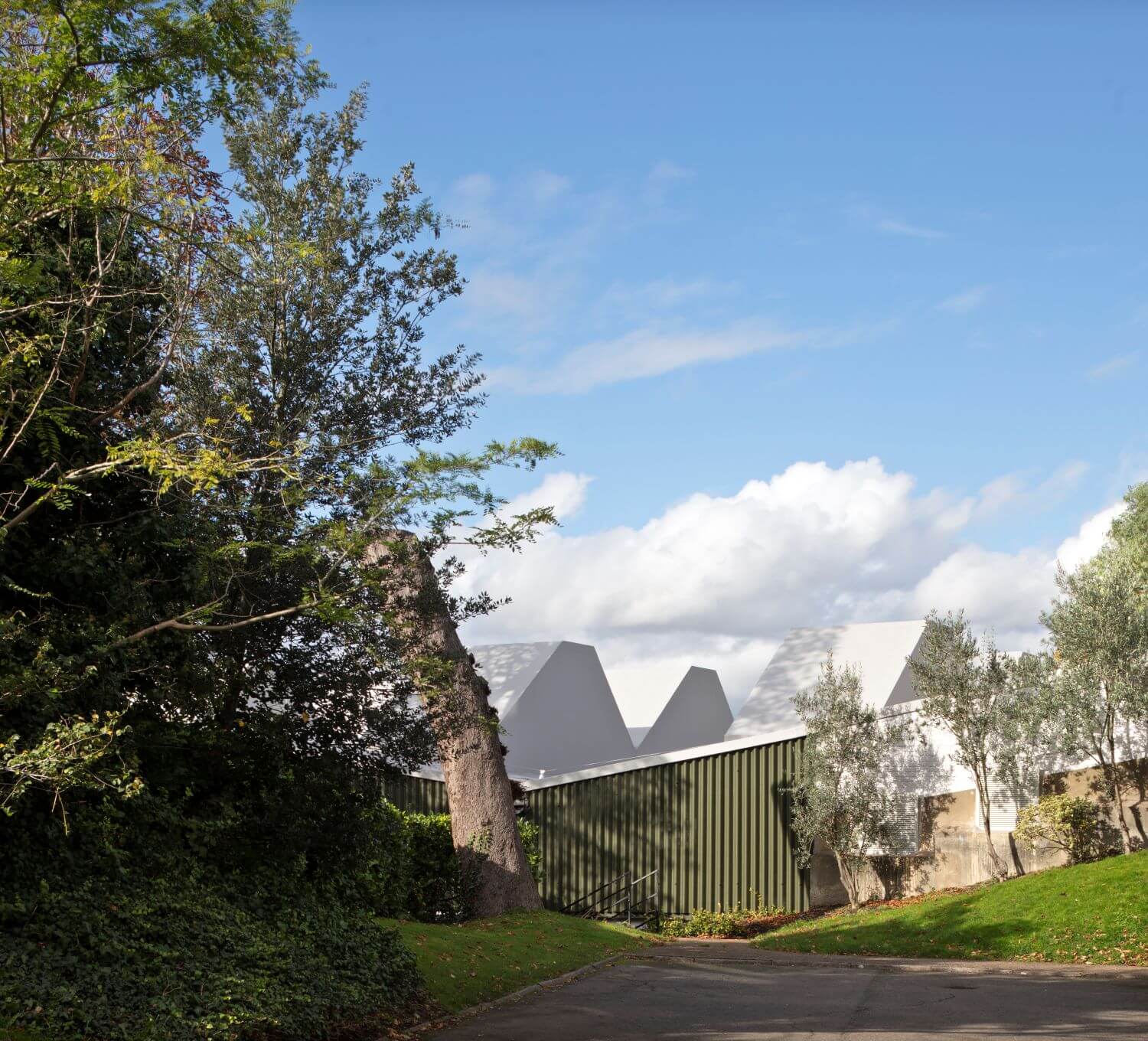 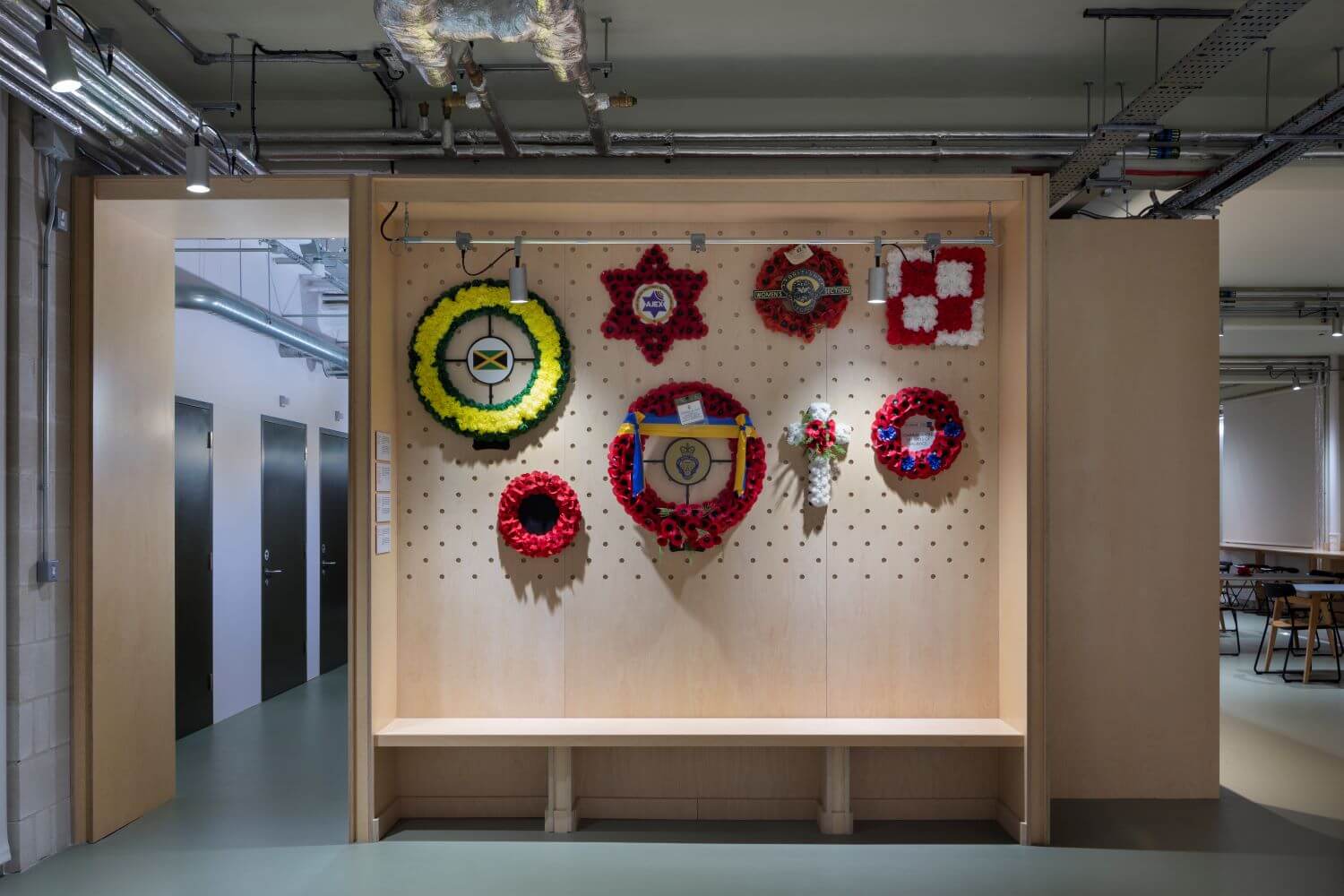 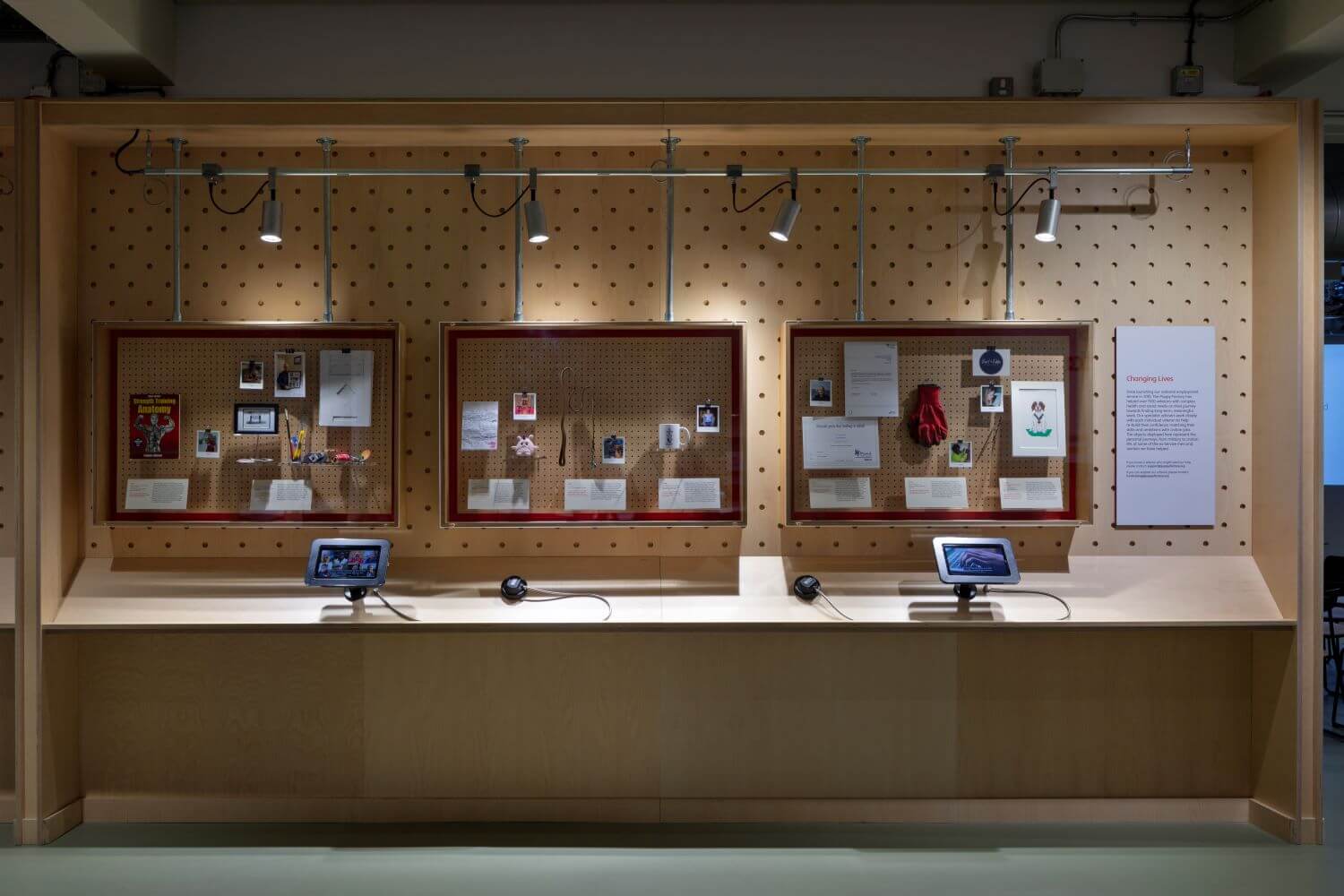 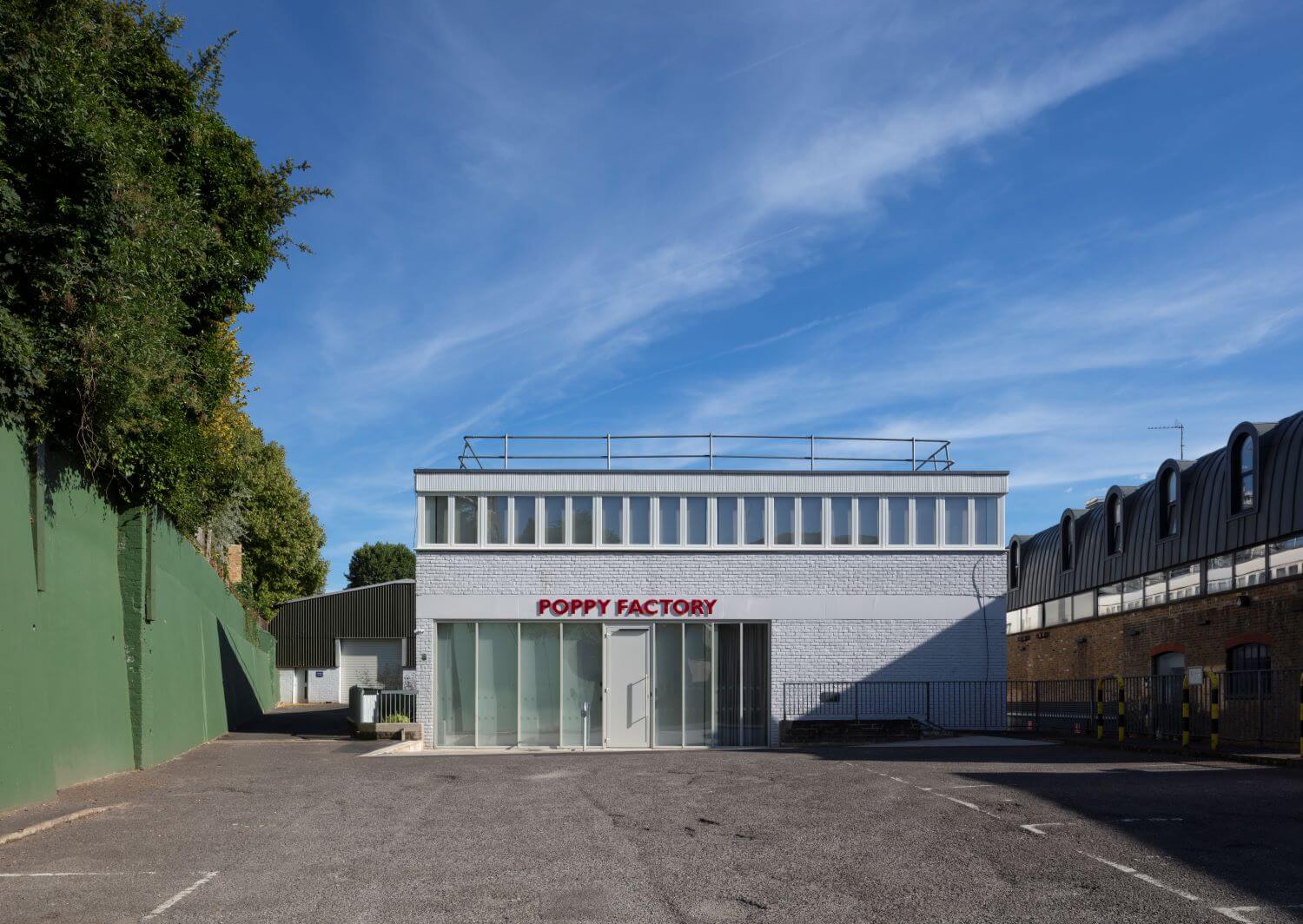 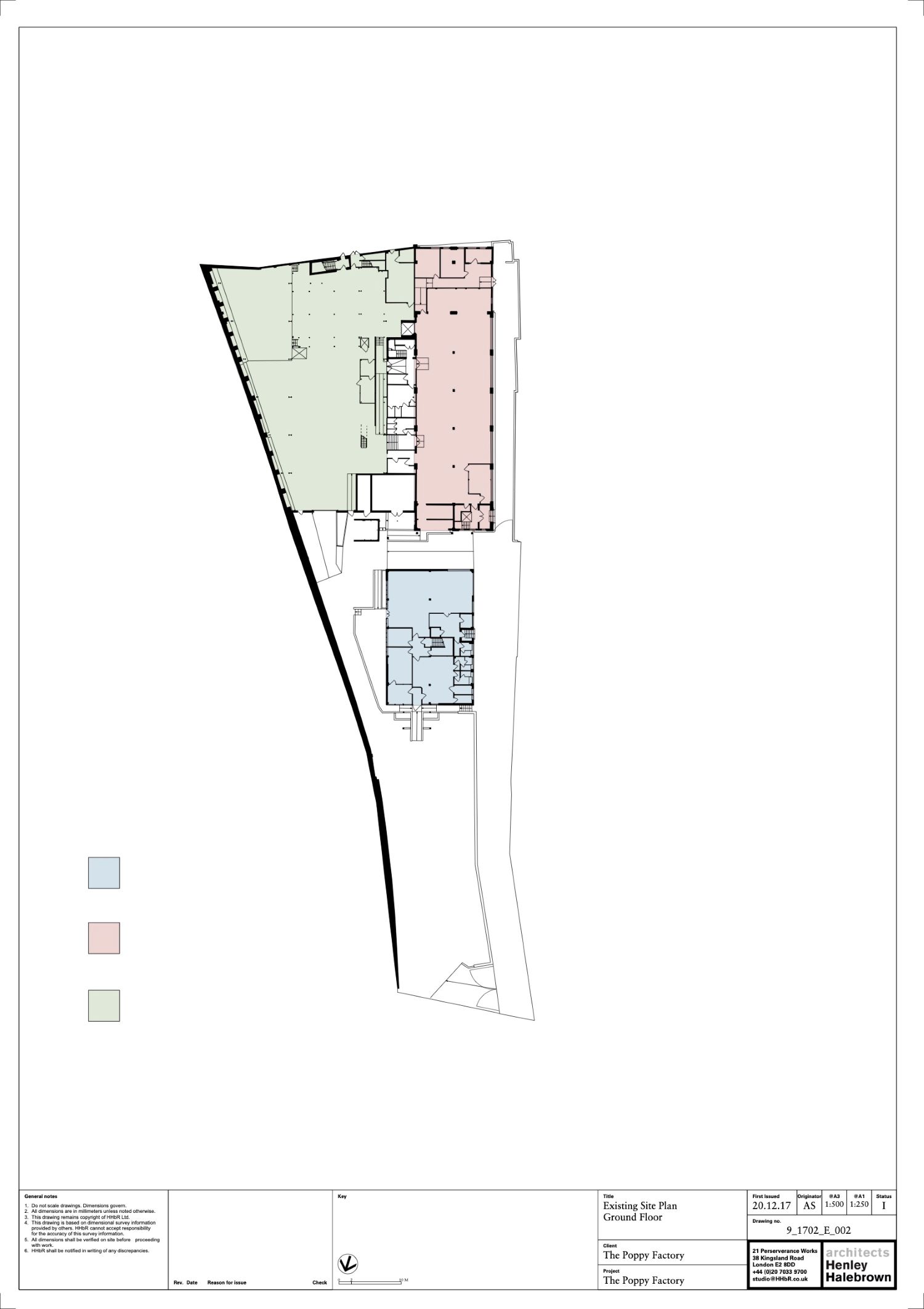 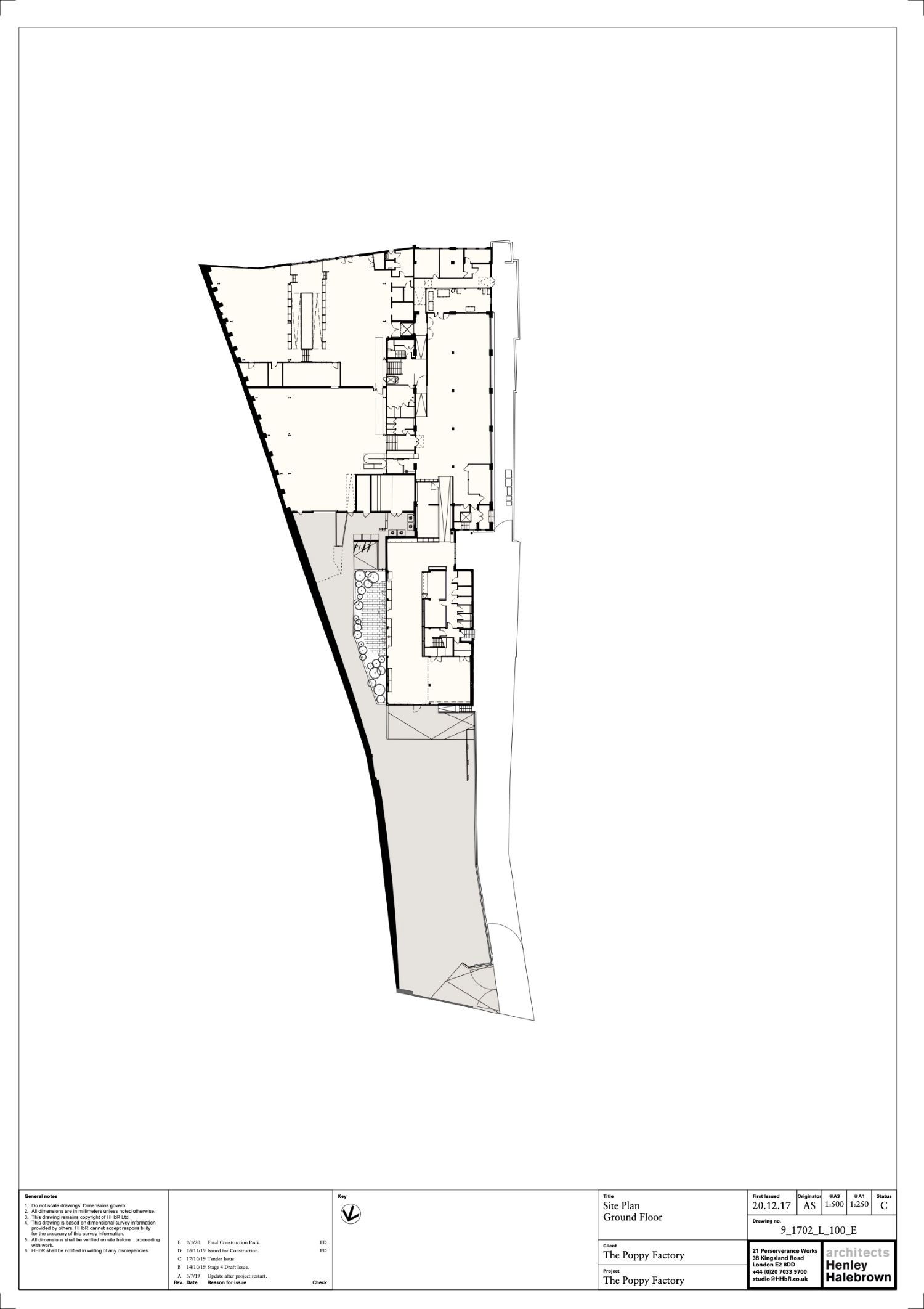 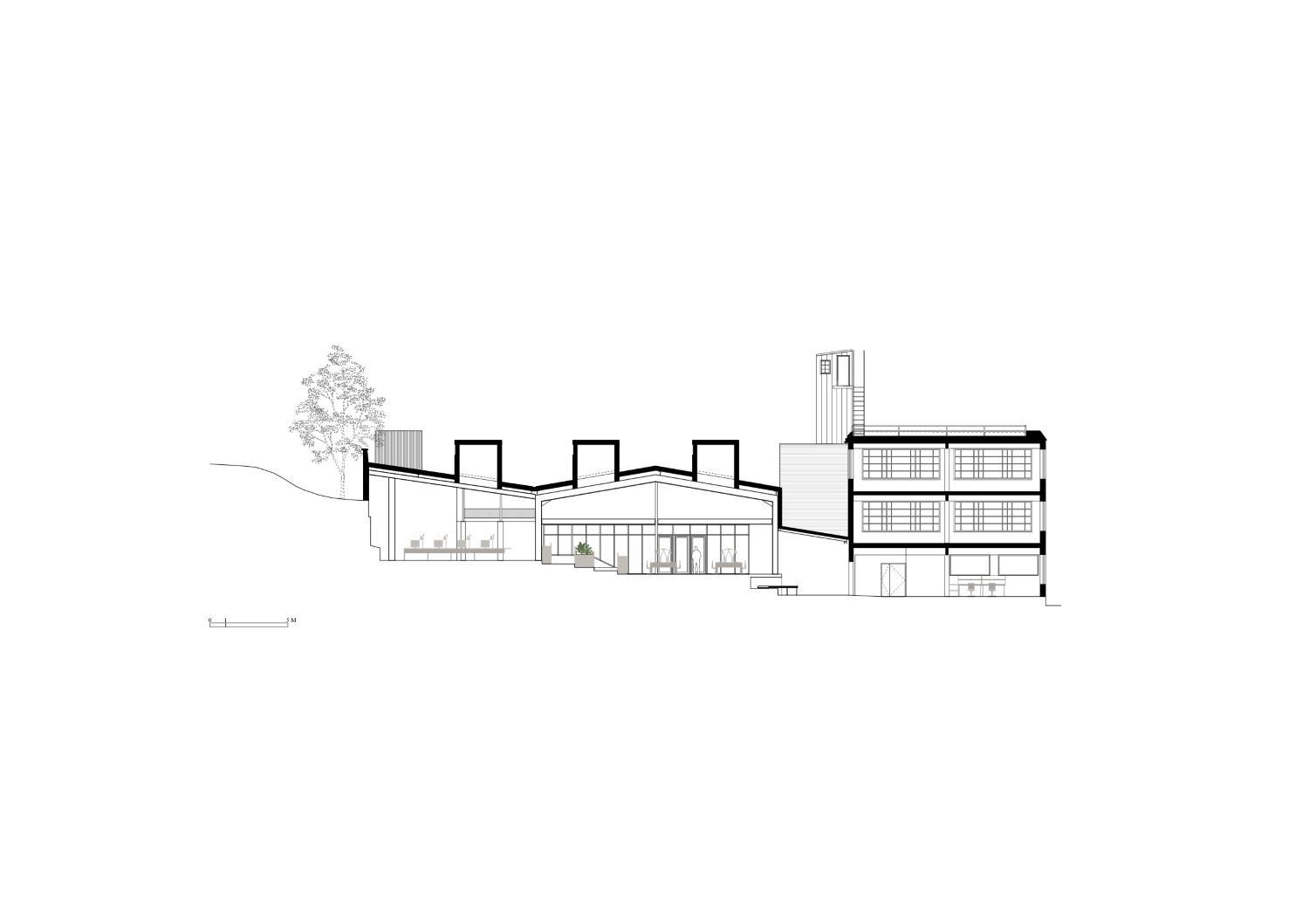 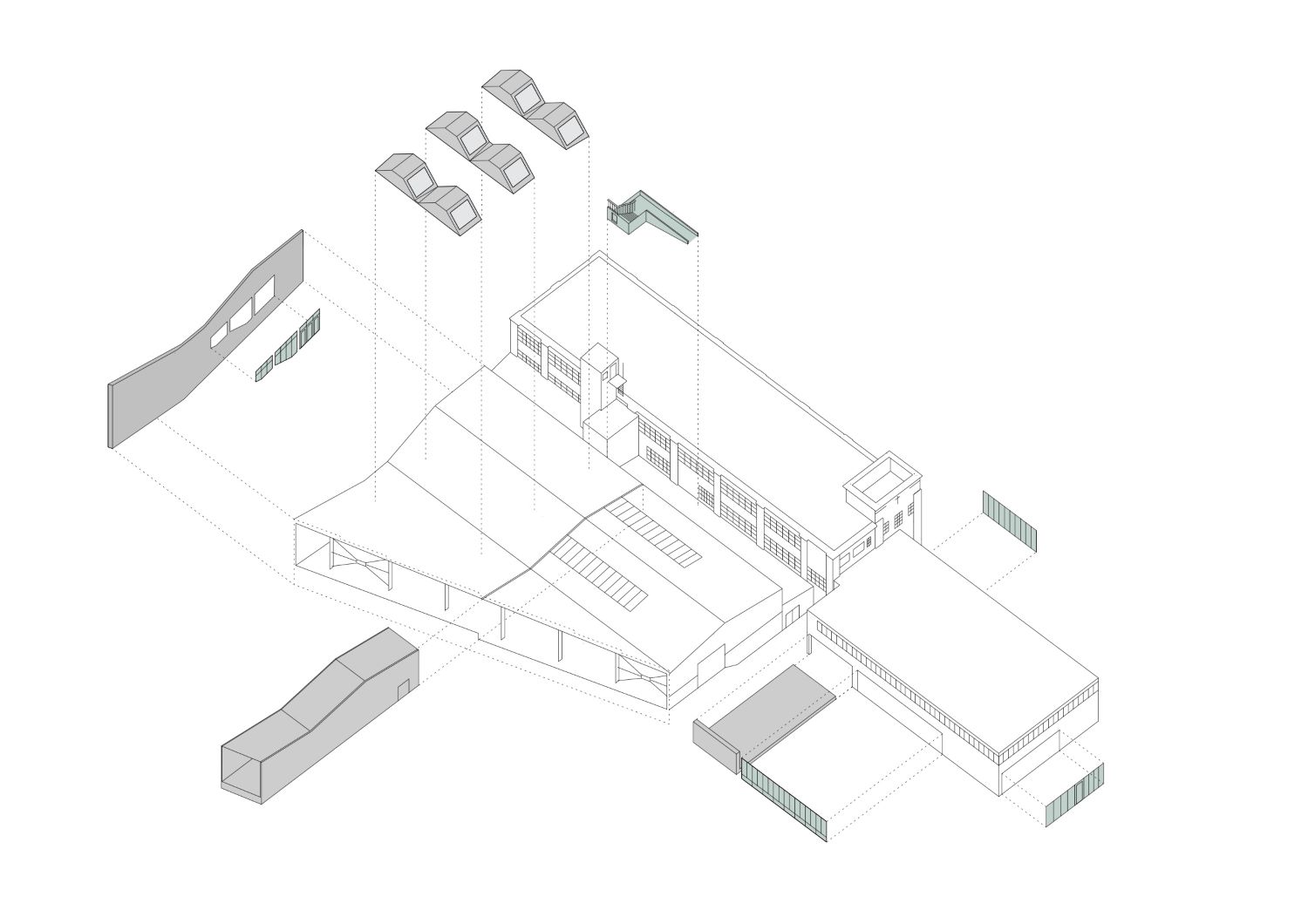 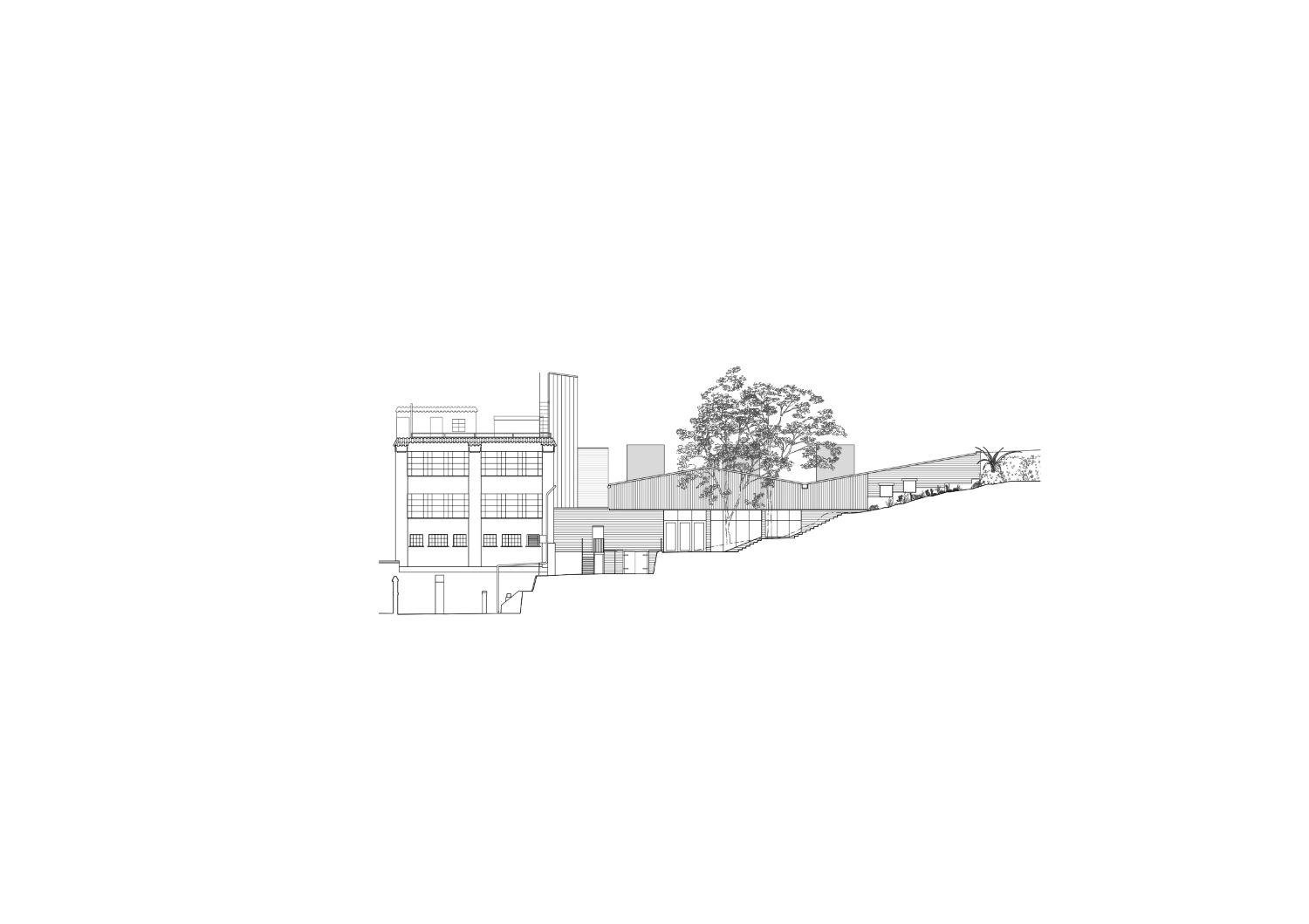 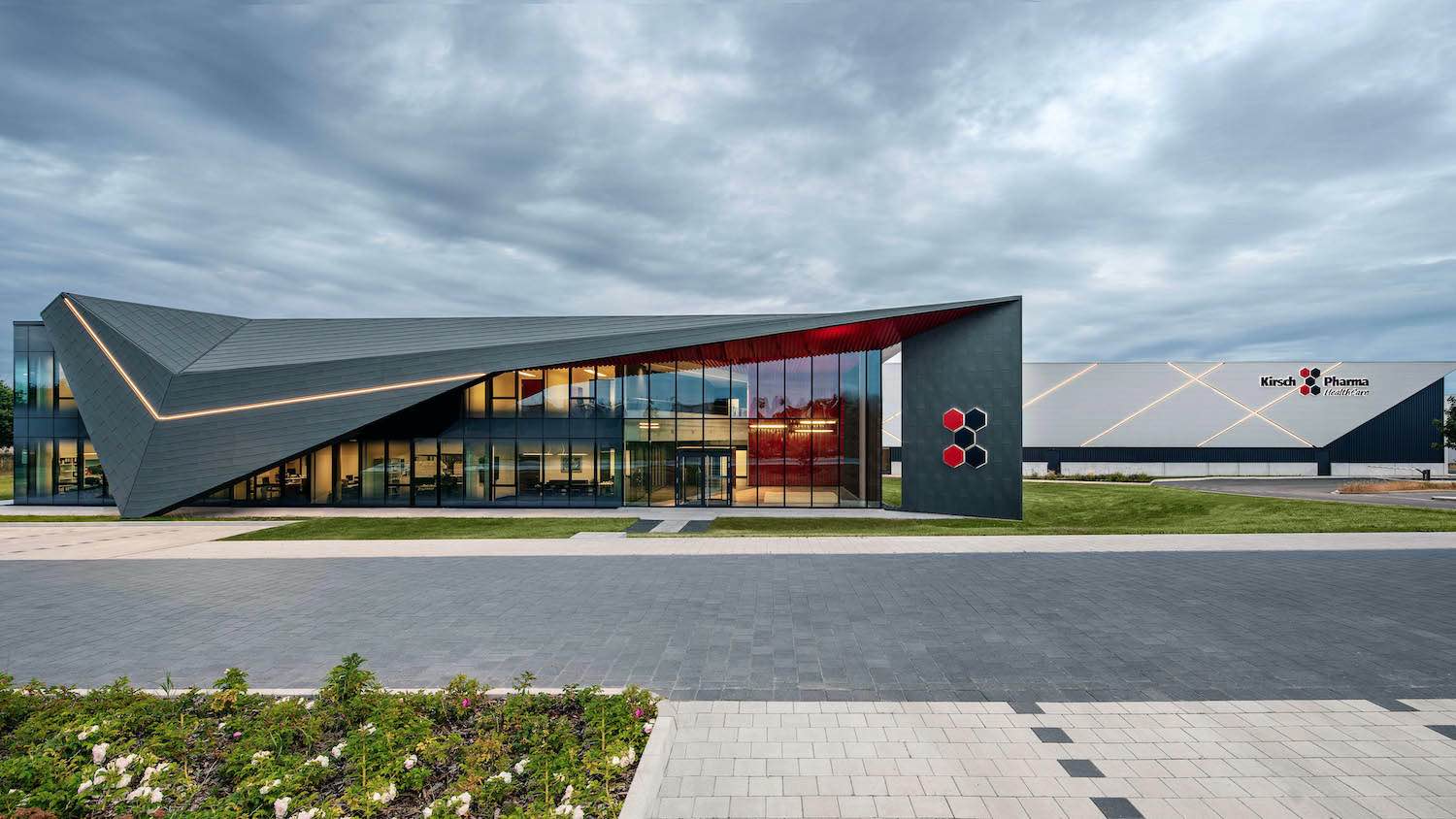